Shin Getter 2 comes from the most recent Getter Robo series, New Getter Robo (Shin Getta Robo 新・ゲッターロボ), created by Jun Kawagoe. In this series all the Getter Robo combinations get another makeover, updating them to modern times while still keeping the getter aesthetic. 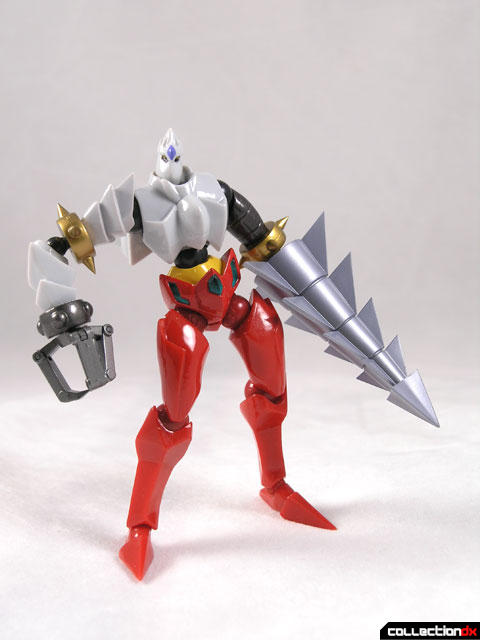 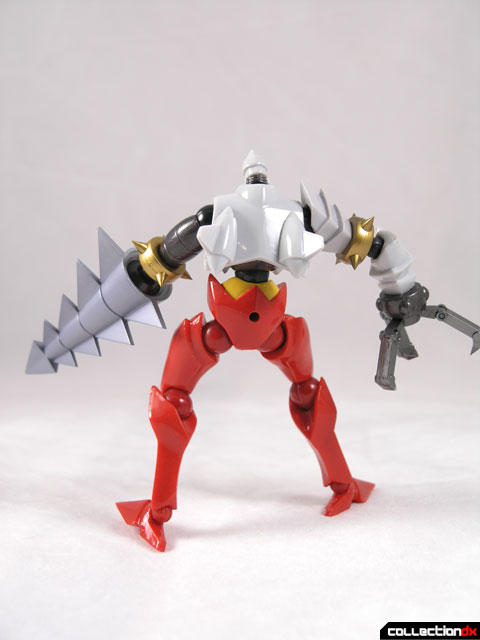 Getter 2 is built for speed, and it is evident in the design. Clean lines and a sleek profile help Getter 2 scream through the sky. 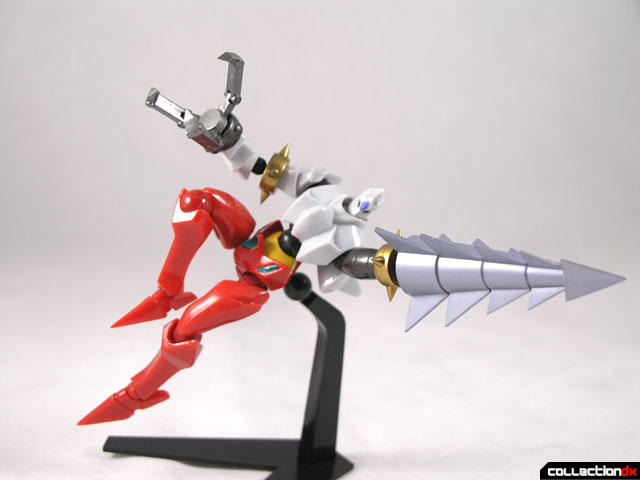 In regards to Revoltech joints, this figure has 12 joints in it and one on the stand, for a total of 13 joints. 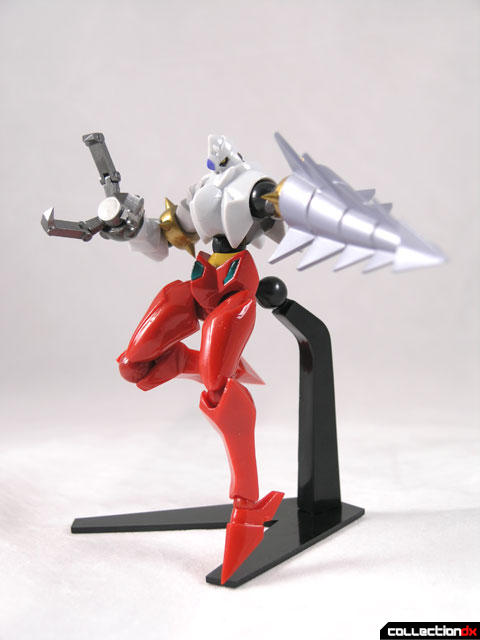 Getter 2 has no accessories aside from a stand. But when you have a giant drill for one hand and a giant claw for another, do you really need any? The claw hand rotates and each claw is articulated. The drill moves, and is sharp as hell. 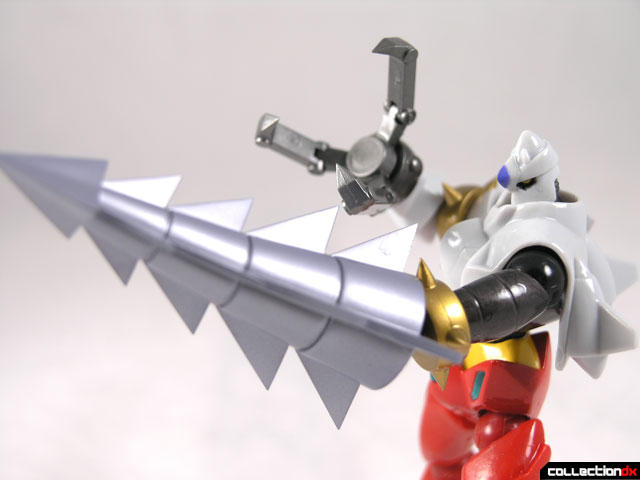 Not much else to say about this one, it’s awesome looking, and if you are getting the Getters, you gotta get Getter 2! 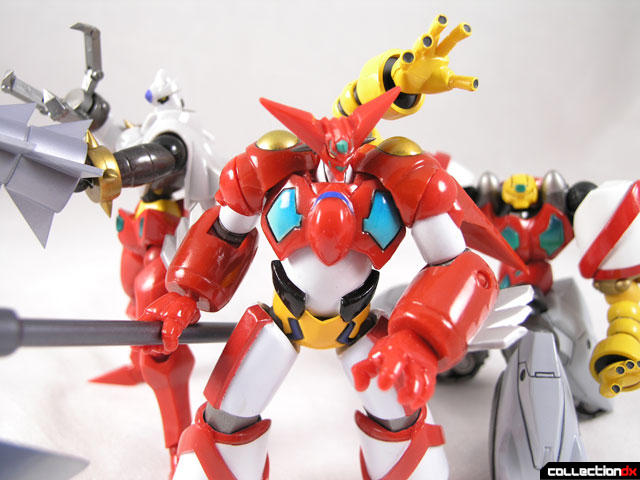 Getter Robo anything is kinda weird for me. I know most series take a lot of liberties with their transformations and such, but I prefer at least a little semblence of believability. When I look at the Getters, and know that they're supposed to be combiners, but I can hardly see any semblence of... "ship" in any of them...I just don't really get the appeal.

Don't get me wrong, I know there's some serious flaws with all Gettai robots. i just don't really like the leap you have to make for the Getters.

Good review, though. I love that Revoltech is providing affordable coolness.

The original Getter Robo series was one of the very first (if not THE first) appearance of the "combining robot" as we know it. Nagai Go probably wasn't thinking about technical feasibility or even engineering a toy that could actually gattai the way the character could in the show.

That said, both original shows (Getter Robo and Getter Robo G) were pretty DAMN fun...especially Getter Robo G, dubbed as "Starvengers" here in the Northeast US.

The later OVA's, though? Damn. Well...Shin Getter Robo, Shin Vs. Neo, and New Getter Robo were...well...slight departures from the feel of the original shows. "Convoluted, pseudo-intellectual, wanna-be metaphysical trainwrecks" is probably more like it. The characters were grittier and more interesting (like the original manga), but the plots rapidly decayed into unconclusive, unsatisfying messes (as is so unfortunately common in anime today).

Antiquity gives Getter Robo some liberties, and I do like seeing them in action in the SRW games.

Getter Robo is like the Inspector Gadget of giant robots. Which isn't "bad", per se.

BTW, didn't Nagai Go's partner really define Getter Robo? I know Go is mostly credited with their creation, but I heard it was his assistant/protege who really ran with the series.

Ken Ishikawa is whom you're thinking of. The topic comes up every now and then on TBDX...latest here. I don't follow the politics of what went on too closely...I just like robot cartoons and toys! ;)

due to the CollectionDX poisoning, i finally get my hands on this piece of toy. and yeah, i almost punctured my finger with the sharp edges of the drill.

but, does anyone noticed that the right and the left hands are misplaced? in the anime, the drill is the robot's right hand while the claw is the left. with the toy, however, the drill is its left hand.

luckily, it's possible to swap the hands, as what i've done to my toy. now it seems better with the drill on the right side of the body.

The elbow of the drill arm on mine has absolutely no strength whatsoever, so the drill droops.