"UFO is a 1970-1971 British television science fiction series about an alien invasion of Earth, created by Gerry Anderson and Sylvia Anderson with Reg Hill, and produced by the Andersons and Lew Grade's Century 21 Productions for Grade's ITC Entertainment company."

To combat the aliens was the agency called S.H.A.D.O (Supreme Headquarters Alien Defense Organization). S.H.A.D.O had many sci-fi vehicles and all were produced by Product Enterprises, but the only one I own is S.H.A.D.O 1. It is one of three S.H.A.D.O mobiles, but I think the coolest of the three. The Lunar Interceptor and SkyDiver are great but too expensive for me to add to my collection. All I need is one collectible vehicle to represent this mediocre sci-fi show.

As with all Product Enterprises releases it comes in a cool windowed box, nice background on back, and is set in a plastic tray. 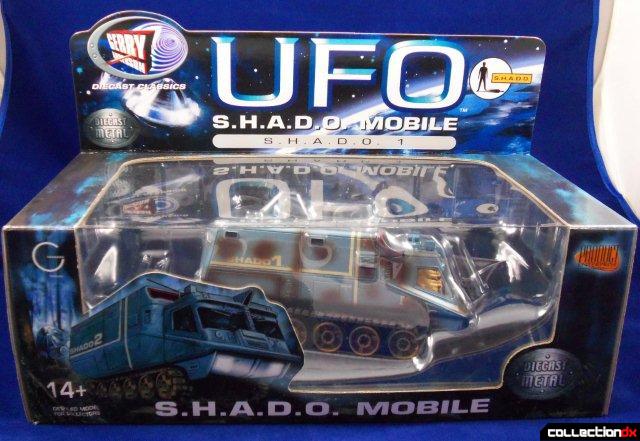 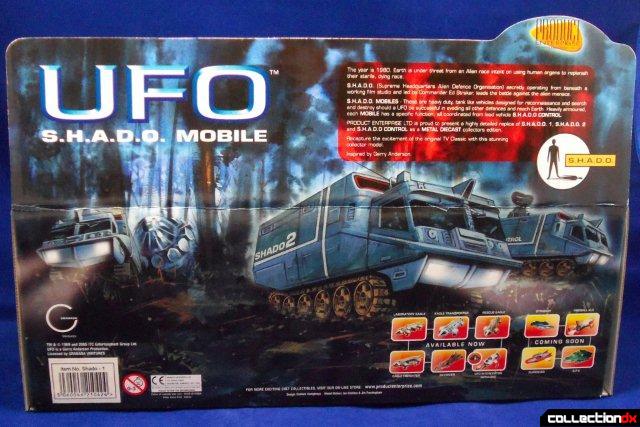 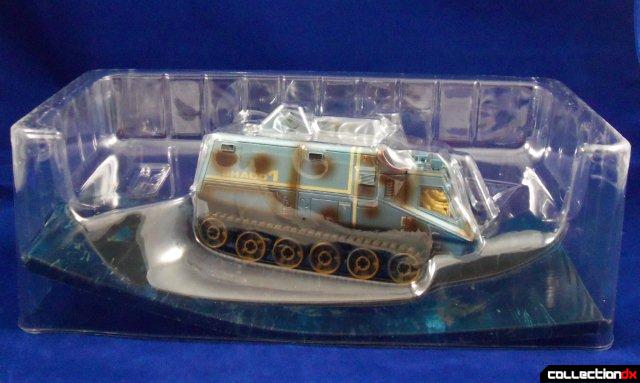 Next to Captain Scarlet's S.P.V the S.H.A.D.O mobiles 1, 2, and 3 are the cheapest to be had. I got mine for 50 dollars including shipping, that is below what it released at, 39.99 pounds sterling. Oh well, I am happy, it has great lines and is like a brick o' die-cast. 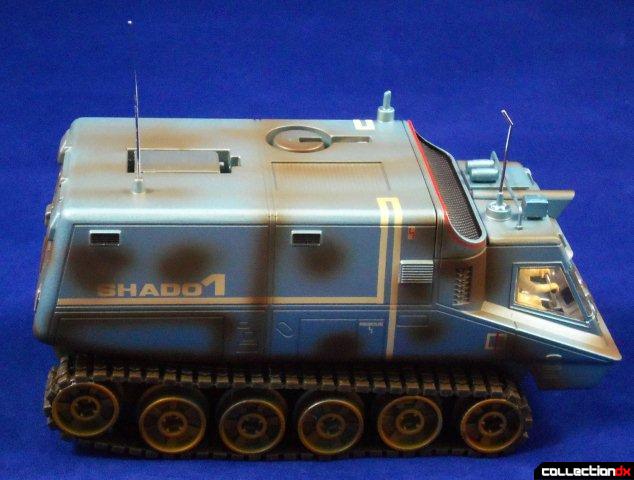 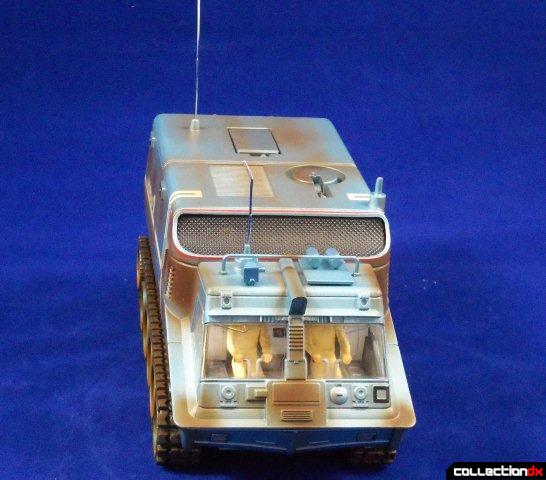 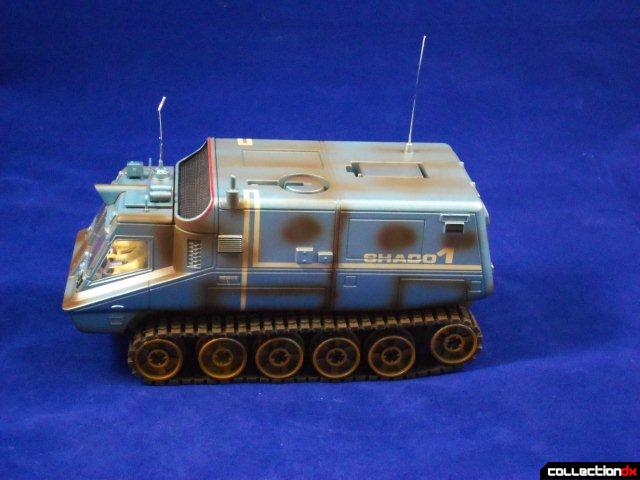 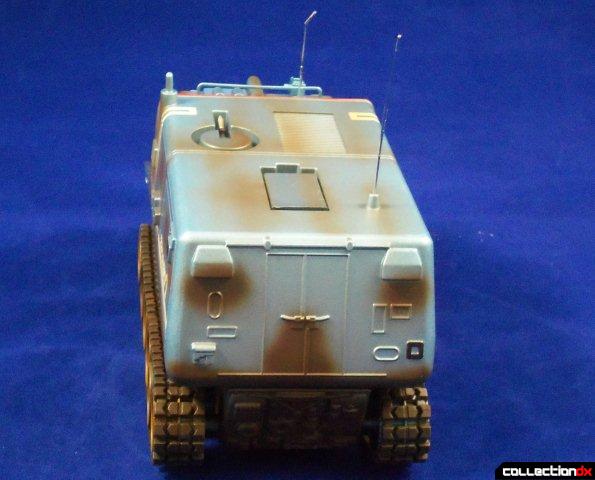 S.H.A.D.O 1 version has the same body as the other two, but has a cool turret gun and missile silo that move and retract. 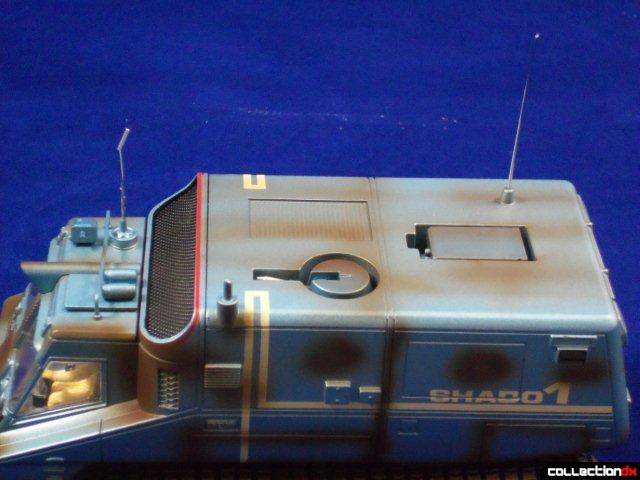 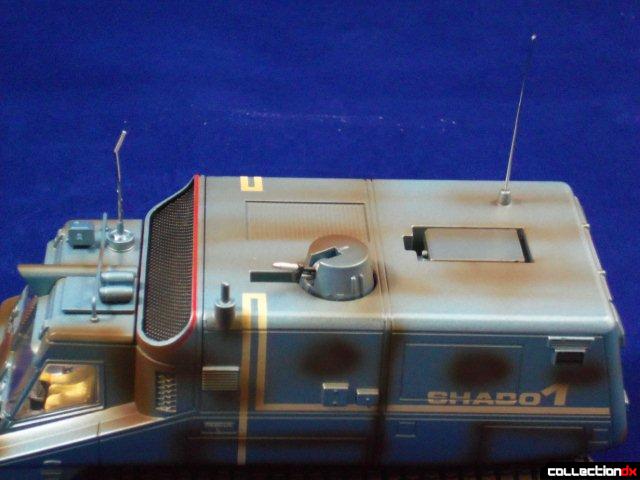 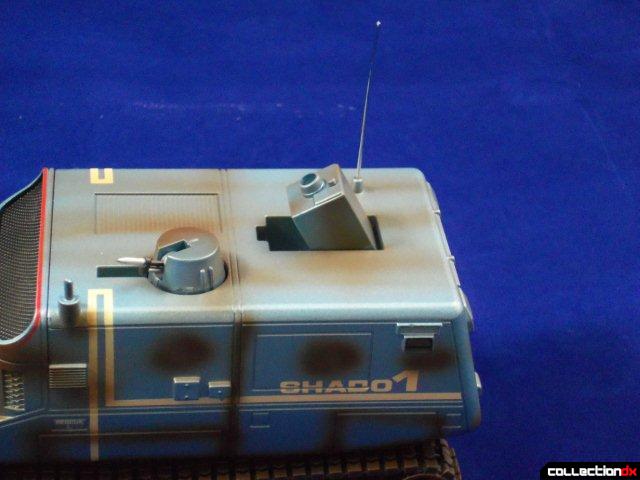 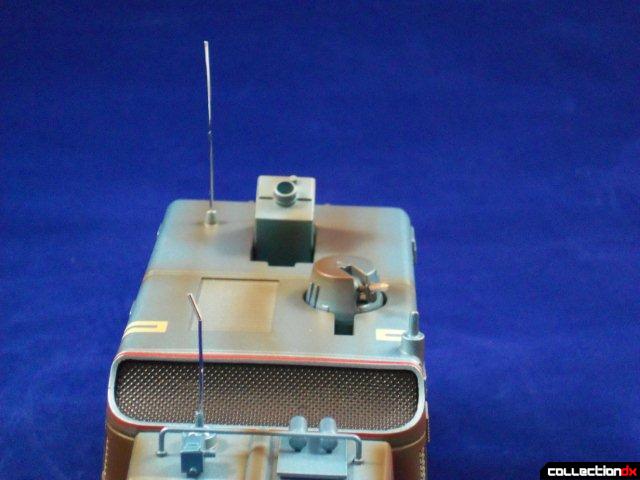 S.H.A.D.O 1 has two cheap antennas that need to be slid in. 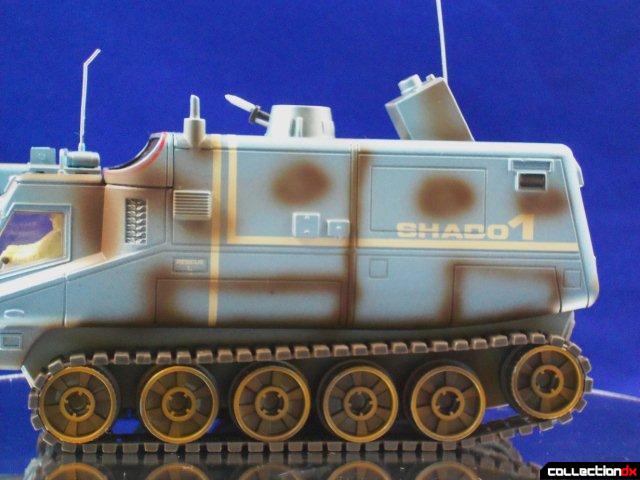 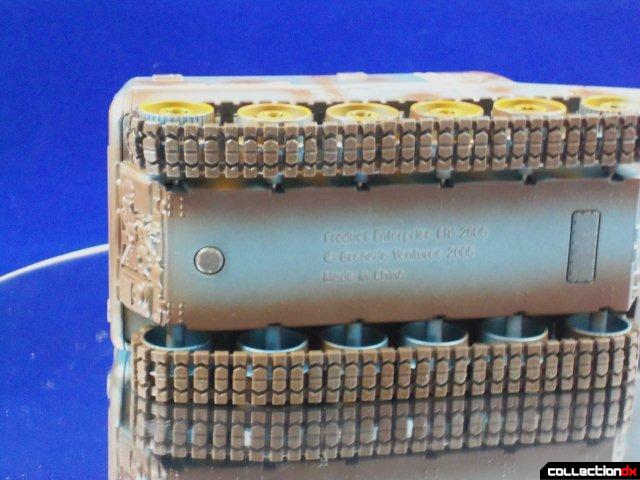 The treads are real rubber, move together, and float across the individually moving wheels... no static locked in plastic crap here! 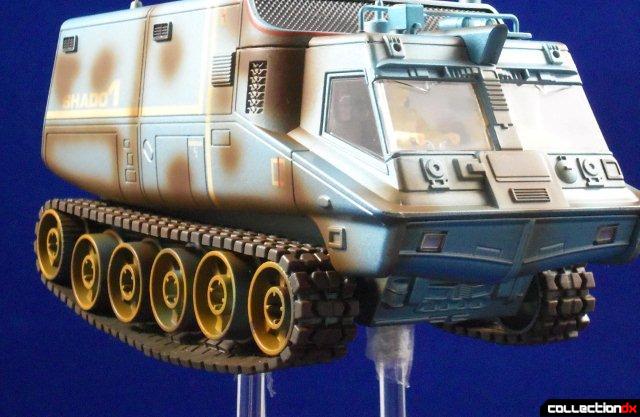 The details continues all over the mobile but especially in the drive area, with well detailed small figures driving S.H.A.D.O 1 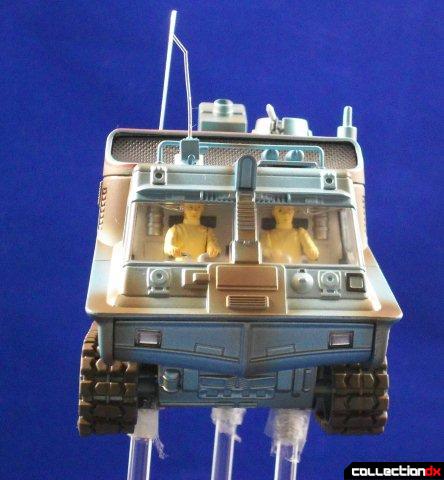 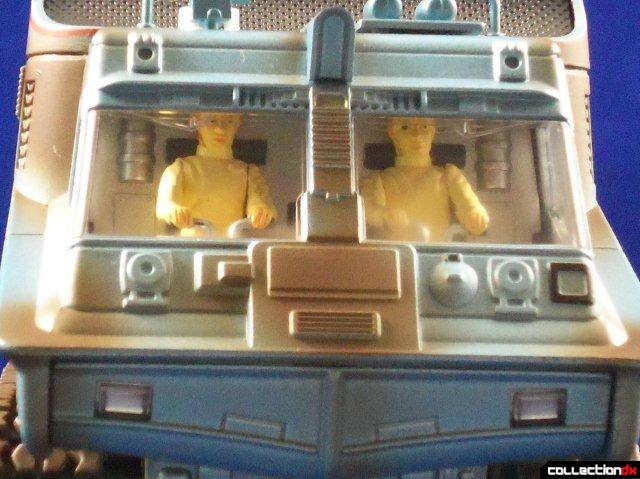 It is around 8 inches long and is pretty heavy for its size. 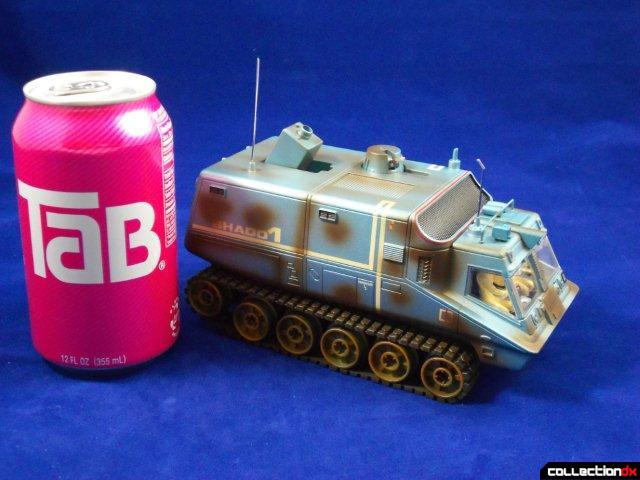 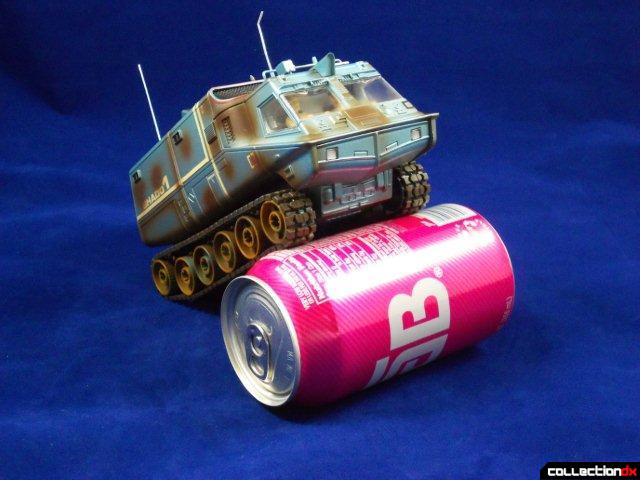 I recommend the whole line of Gerry Anderson's vehicles, and for the price I give this baby two thumbs up. 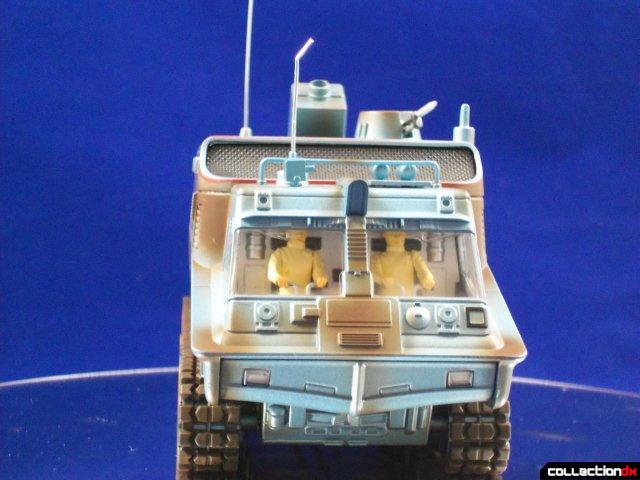 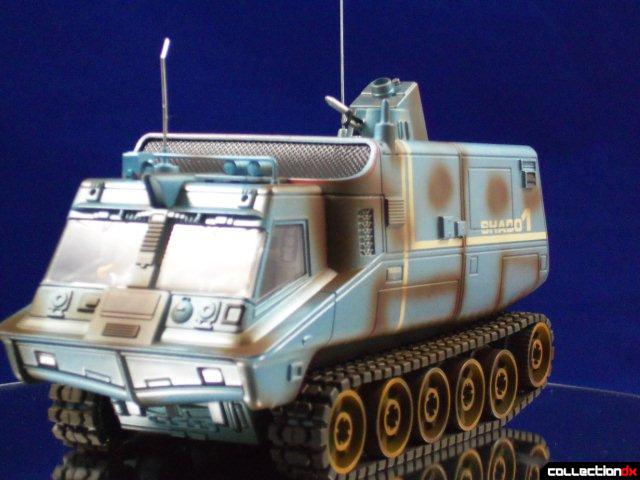 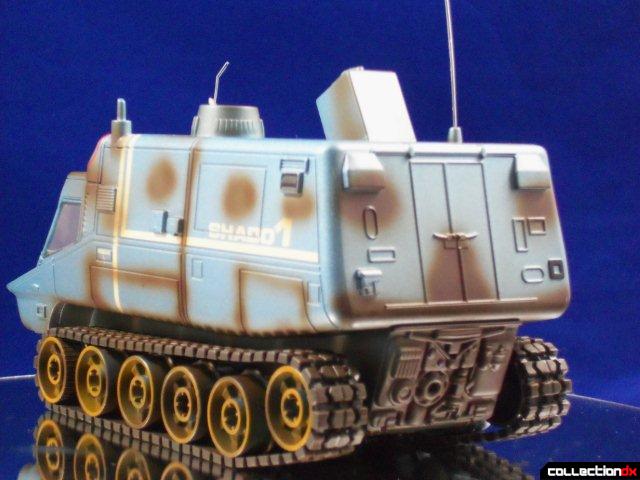 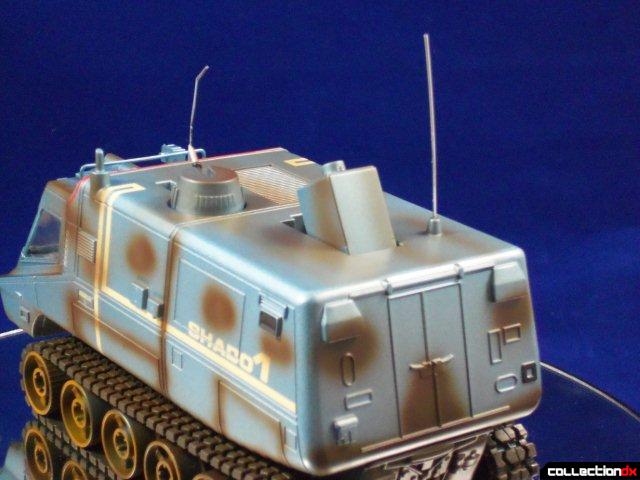 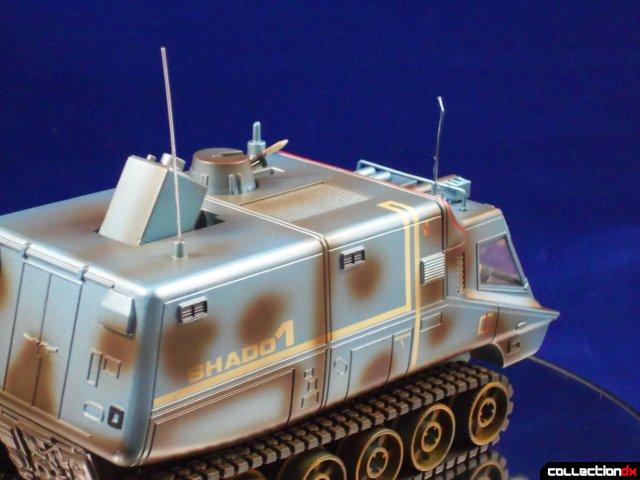 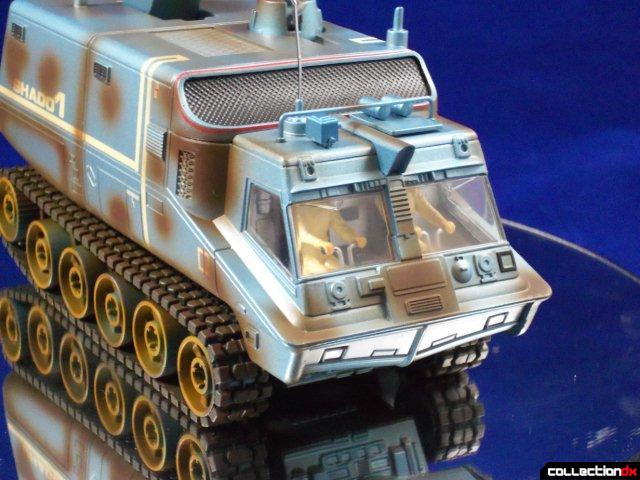 So nice to see UFO licensing still happening. How awesome would it be to see some RAH Moon Base Girls!? :D I'd love to get my hands on a diecast S.I.D. as well. On a side note, is it just me or do the airbrushed highlights seem a bit overdone? Like they could've backed off with the tool a bit...

agreed, but I thought the SPV was worse

Great piece of an iconic vehicle but that weathering isn't the best....

But the weathering did not bother me...the cool treads erased me even noticing, to be honest:)

The toy is awesome! Do they make a non weathered version?

I believe no, on back of box, just have three versions, no different paint schemes.