Don't get me wrong, I LOVED the first Yamato Scopedog. I still think it is an amazing toy, but there were a few things that could have been done better. The fine folks at Yamato went back to the drawing board and made all kinds of subtle changes to the Scopedog, resulting in what you see here - Scopedog Ver. 2 Red Shoulder. Realizing that just a new version would not sell a lot of these, Yamato has also included a set of clear armor that enables you to show off the inner details of the toy.

Every little annoyance with the Version 1 Scopedog is now fixed. It is Just about PERFECT.

For those of you unfamiliar with VOTOMS, let me explain what a Scopedog is. In the series, wars are fought largely by soldiers wearing armored suits. There are all different kinds of suits depending on what environment you are in. They come in different shapes and sizes, but in the series are only known as ATs or Armored Troopers. The Scopedog is the main AT favored by the Gilgamesh army. There are a few different types of Scopedog in the army, but this particular Scopedog is a Red Shoulder. The Red Shoulders were a particularly deadly fighting group that painted their right shoulder armor red to reflect the bloody acts they committed. The main character of VOTOMS, Chirico Cuvie, was once a Red Shoulder.

The Scopedog features the same range of motion and gimmicks as the first version, so you can read about that here. It is still very articulated, and features the opening cockpit, down-form, and punching fists.

In this review,  I am going to concentrate on what has changed, and why this version is the ultimate Scopedog to date. 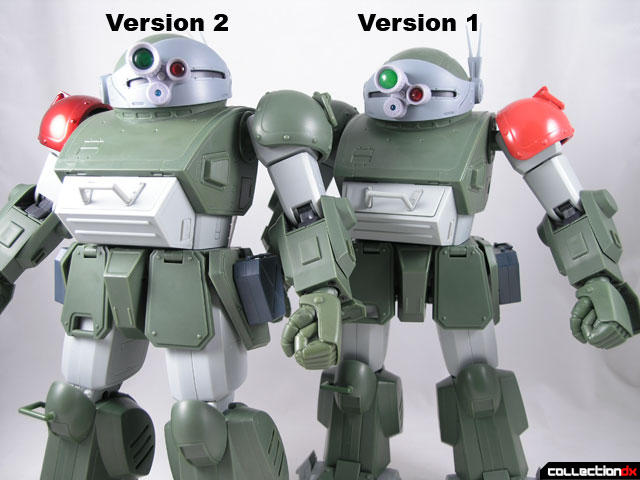 The toy seems to be the same mold as the first, with a few small changes. First, the green is just a shade darker. Unless you have 2 side by side, you won't notice it. The connection point at the waist has been changed. In the original version, the Scopedog would separate if you turned it a bit at the waist. Now, the tabs that enable the separation are turned 90 degrees, so you can pose the Scopedog without the top and bottom halves separating. 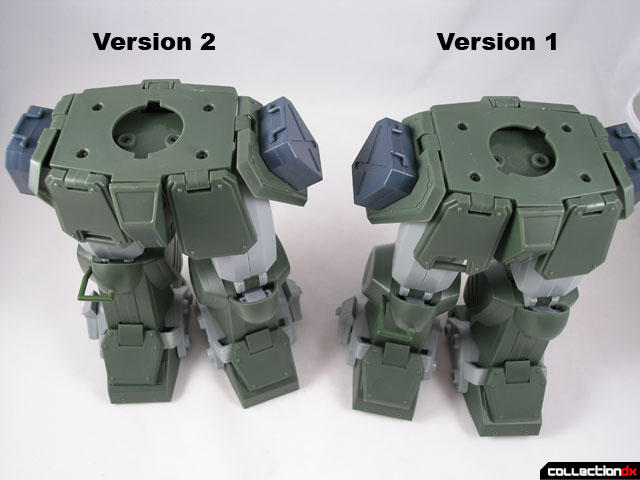 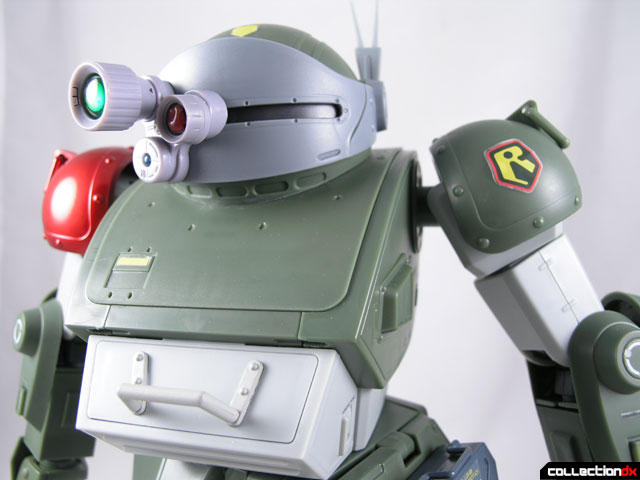 The head is pretty much the same, but I noticed that the antenna doesn’t fly off when you touch it any more. 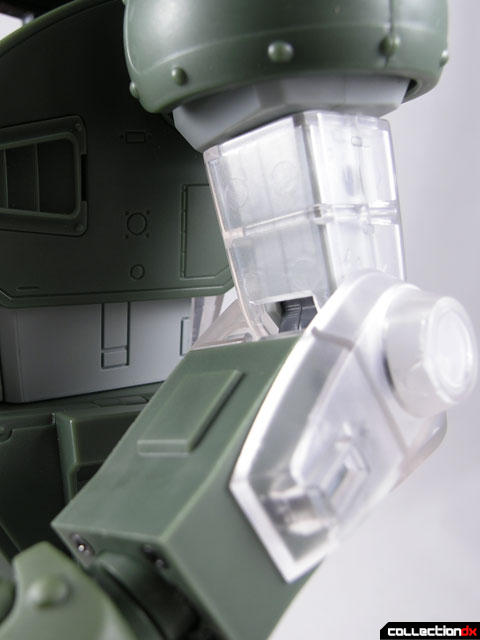 The joints in the arms have been tightened up considerably. They are almost too hard to move. These aren't falling off anytime soon. Well done. 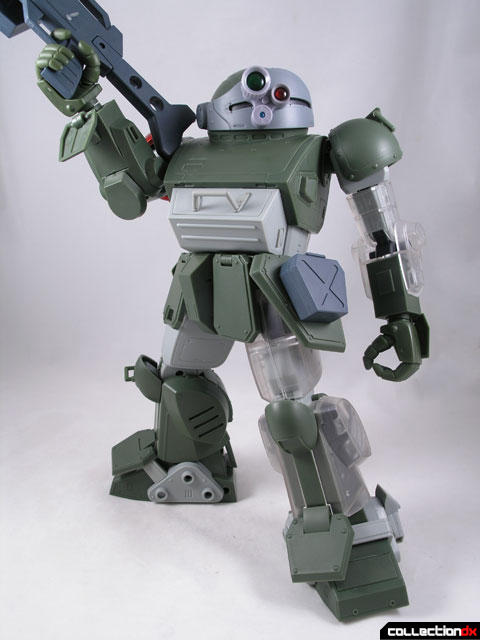 Where the legs connect to the hip is a bit tighter, but the legs still do come off. This is a good thing though, as you need to remove the legs to swap the armor with the clear parts. The feet have probably the biggest improvement, as they are very stable. The toes now have detented joints, as opposed to the weak toes in version 1.

In the past, when you separated the top and bottom halves of the Scopedog, a small panel would fall off of the back. This panel now stays in place. Also, the hands seem easier to swap than before. 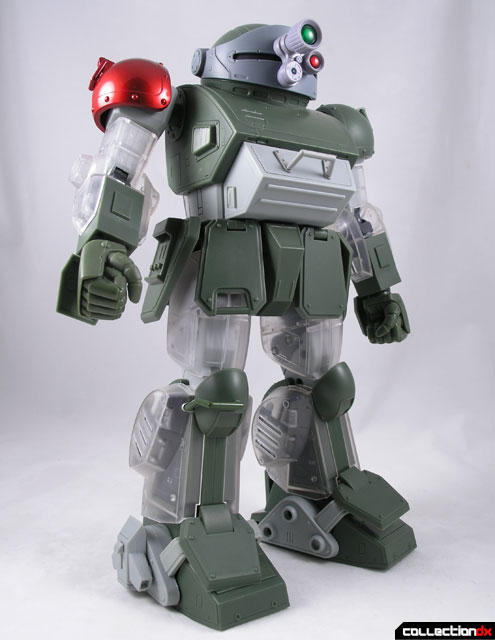 Yamato added a great incentive to get this set by including the clear armor. You can swap a considerable portion of the armor plating with a frosted clear version. Most of the arms and leg armor can be replaced easily. The legs do have to be removed to swap the armor on the upper thigh. 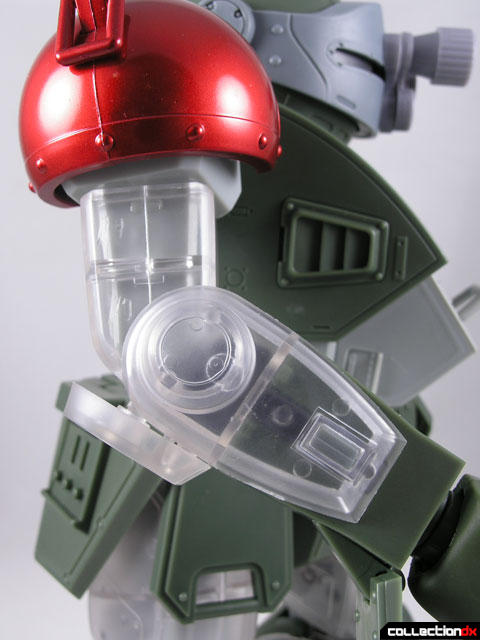 This is the first official Red Shoulder version released by Yamato to the US market. There was a limited version released to Toys R Us in Japan, but that version did not make it over here. In this case, the Red Shoulder is on the correct shoulder for it to be a member of the Gilgamesh Army Red Shoulder Squadron. The shoulders are removable, so you could put them on either shoulder if you wish. The red here is now a metallic deep red, as opposed to the orange-ish red of the previous version. 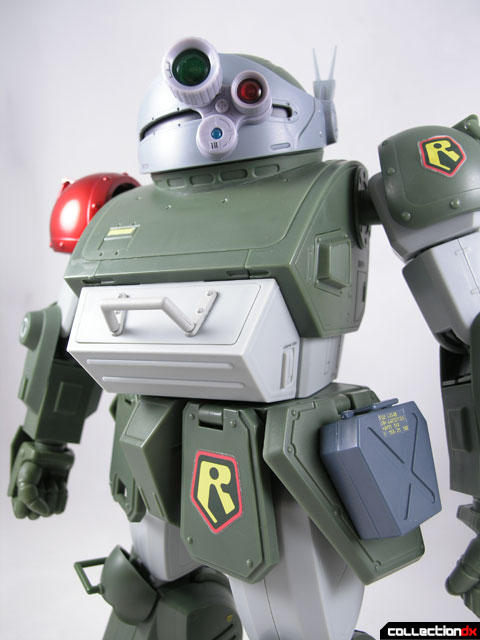 The Scopedog comes with all the decals to make it a Red Shoulder, as well as markings for any number of other Scopedogs. The sticker guide isn't that great, so I looked up images on the net for proper sticker placement. The toy looks so much better with decals applied. I regret not putting stickers on my Version 1. 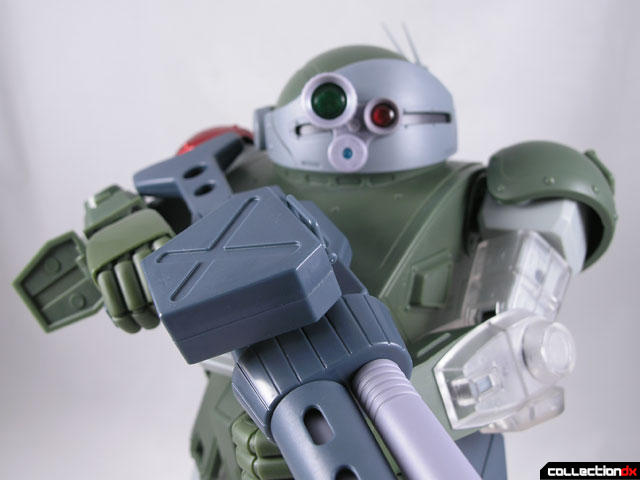 The Scopedog comes with the same rifle as before, and also includes several spare ammo packs and ammo clips. Both the clips and packs can be stored on the Scopedogs waist skirt.

Hell yes it is worth it. If you have the previous Scopedog, get this one as well. If you only want one, sell the old one and get this one. It is as good as it gets. Yamato did a fantastic job improving this thing. You won’t be disappointed. It is also worth noting that the upcoming Yamato Space Scopedog and Strong Bracchus should also have these improvements. For more information about VOTOMS, make sure to check out Roger Harkavy’s VOTOMS article in issue 13 of Super7 Magazine. 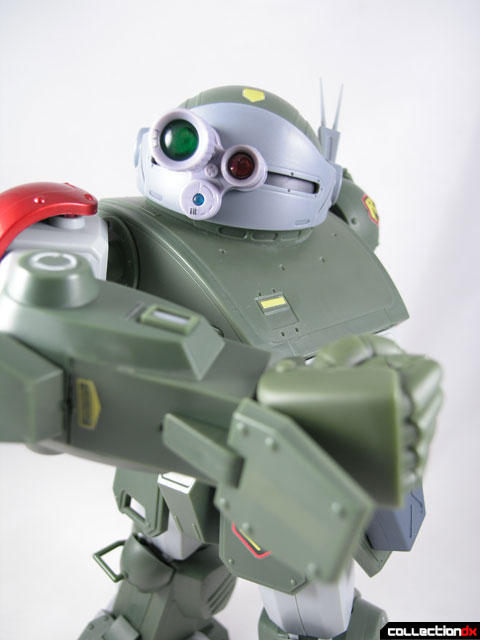