Here is the scene. I am on a family vacation to Vermont. The kids are driving me insane, and it is POURING rain outside. We hear rumors that there is a mall within an hours drive so we pack up and make the trip.

The mall sucks. The kids are tired. You know the drill.

In this mall there is one of those “Educational” toy stores. You know -  the kind that sells stuffed iguanas and pirate hats. I was really stressed out. My kids were getting into EVERYTHING. My sons were taking apart the Thomas the Tank Engine playset, which was set up opposite the Playmobil section.

As a kid, I always thought Playmobil was cool, but they always played second fiddle to LEGO.

Here I am staring at Playmobil, on the verge of freaking out. And like a junkie needing a fix, I needed to buy a toy. I knew that being able to fiddle with a toy would calm my nerves.

Digging through the Playmobil bin of figures I saw him, and instantly knew I had to have him. He was the cure to my ills. He was a Scary Ghost Playmobil figure. 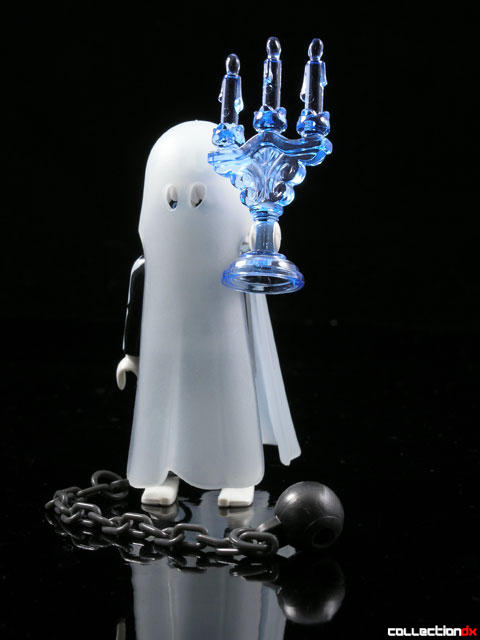 Standing at only a few inches tall, the figure has a lot of value packed into him, and would appeal to most toy collectors who appreciate the odd. 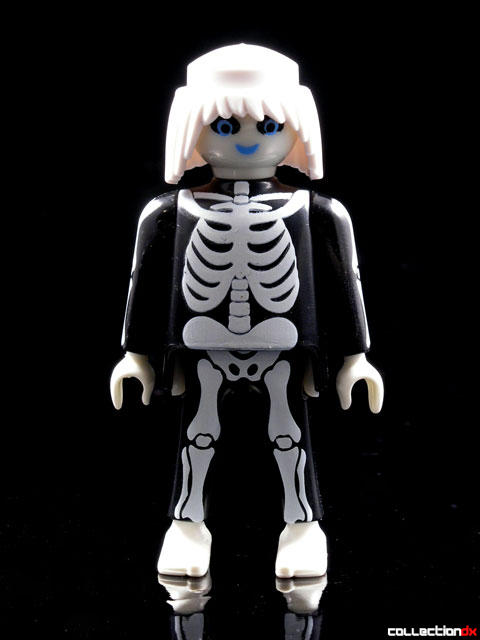 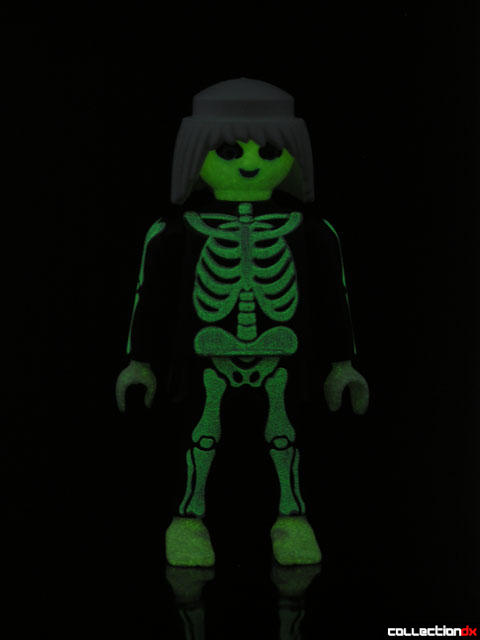 The figure comes with the standard Playmobil body that is screen printed with a skeleton pattern that is Glow in the Dark. The face, hands and feet also glow in the dark. The real cool thing about this figure is the addition of the glow in the dark ghost covering. This has holes cut out for the eyes, and glows in addition to the figure, creating a two-tiered glow effect. Pictures don’t do it justice. 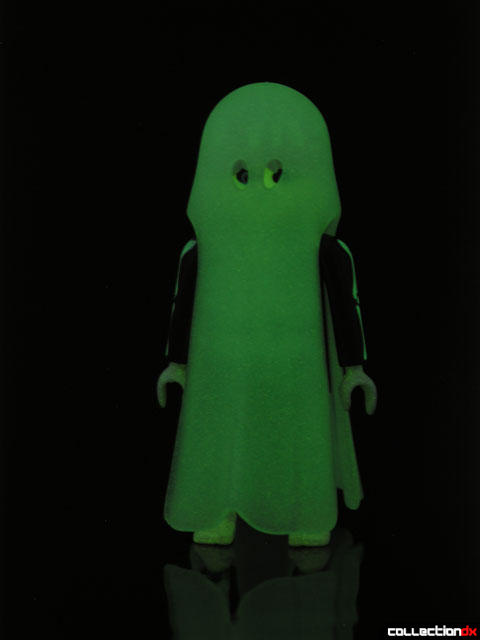 And if the glow part wasn’t cool enough, the figure includes a ball and chain accessory that can clip onto the leg, and a clear blue plastic candelabra. This toy manages to cram 3 distinct toy fetishes into one toy (glow, clear, chain).

While buying this toy soothed me, it did not calm the other kids down. On the way home I bought them a puppy.

That shut them up.

"While buying this toy soothed me, it did not calm the other kids down. On the way home I bought them a puppy.

That shut them up."