One of these characters is one of many provocatively dressed police officers from Intron Depot 3: Ballistics. 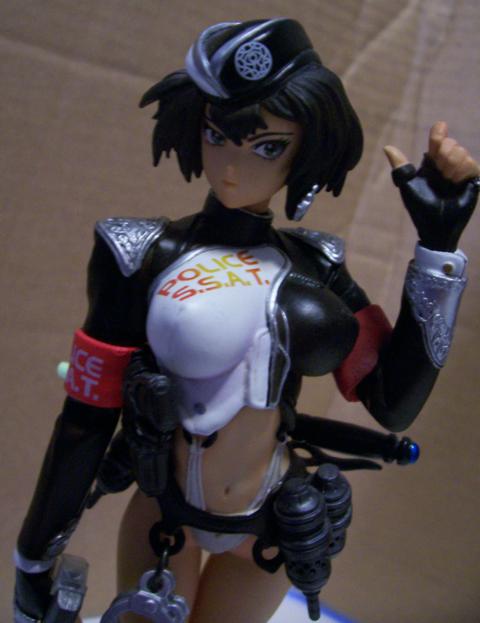 This sexy figure unfortunately has no cast-off pieces and limited posability, although the head does move back and forth.

Accessories include the baton and pistol. Packed in a four-color box with window and a purple stand. 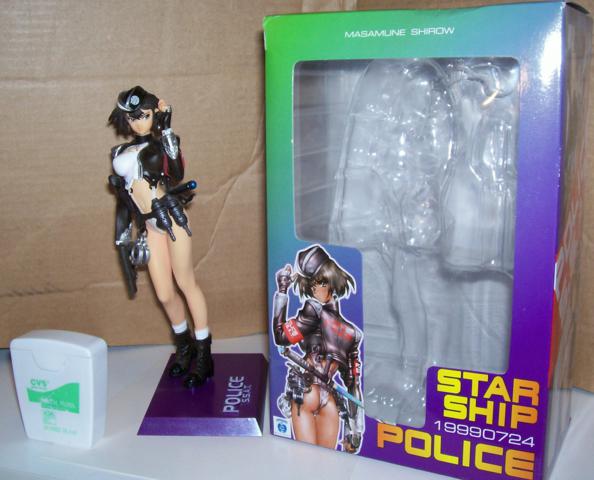 The sculpt and detail on this figure is amazing, especially for some of the finer points, including the one earring on the left side and the translucent cover on the gun with actual miniature ammunition in the casing! 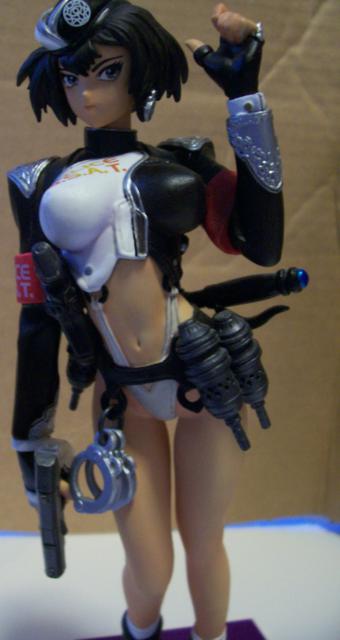 Additional high points on the sculpt include the face, the hair, along with an accentuated buttock that captures the sexy details from the original painting.

The cleft in the buttock is especially nice. 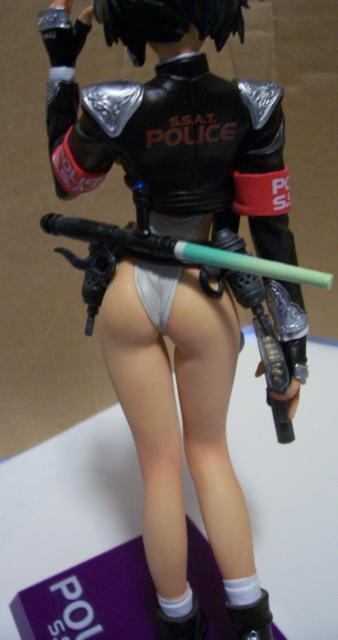 The accessories, including the gun, the handcuffs, the baton, and other belt accessories are well-done. The baton is attached with a little button and can be removed/fall off if one isn’t careful. 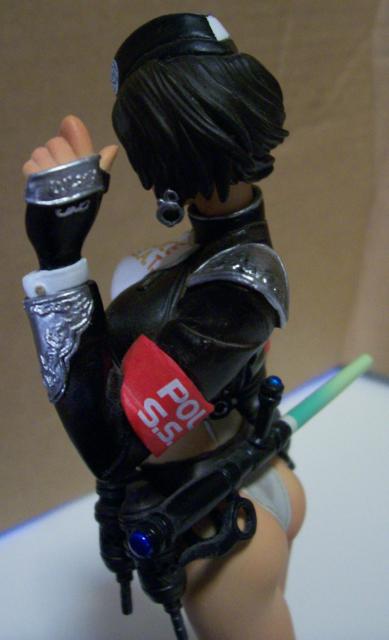 Colors are crisp, appropriate and accurate. For example the text on her front “Police SSAT” is faded somewhat on the chest, this is actually part of the color scheme from the original artwork.

If there are any flaws, it is the statue’s connection with the base. I’m not sure if the figure is supposed to be tilting forward the way it does but mine does. The figure+base is pretty stable for the most part, but it doesn’t have direct center of balance the way that other, more evenly stanced characters are posed. But, that being said, the PVC still looks solid. I’ve had it for over a year with no weakness. 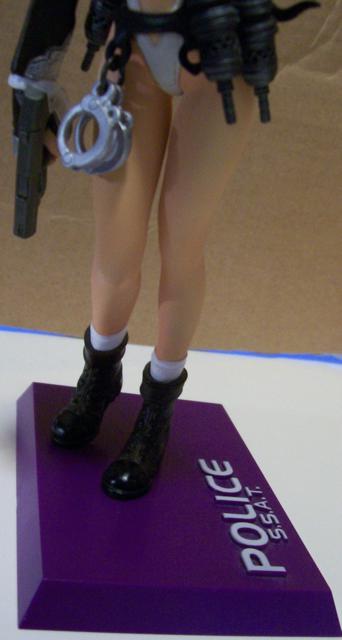 Overall..one of the better non-Ghost in the Shell character figures and with a better sculpt then many of the other more mass-produced statues. Definitely worth it if you can find it.