“It was over 10 years ago that I made the original model for the character Noriko Takaya. Back then OVAs (Original video animations) were bigger business than they are now, and among them, “GUNBUSTER” stood as a monumental work. Its SF world intensified as the story progressed. It overflowed with a pervasive “essence” of the otaku culture. More than anything, i think that the giant robot that the main character Noriko Takaya operates (“Gunbuster”) single-handedly brought back the “super robot” in a climate where realistic robot portrayals had become fashionable. Now as I hold the PVC figure sample in my hand, I realize that it was that special nature of the show that drove me to work with such personal motivation to make Noriko Takaya.” 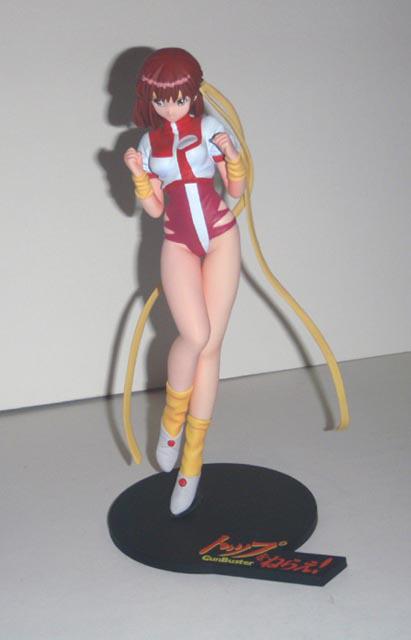 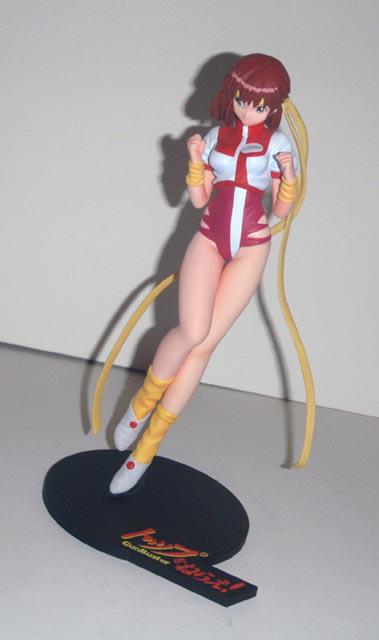 Although no scale is given, I estimate that she is about 1/8 scale, basing it on other figures of similar size (and 1/8 scale is generally the standard scale of most anime figures). Bome did a great job capturing the look of the character who is looking confidant and ready for anything. One note of interest is that the “shine” on the hair is actually painted on (most figures do without that). Another interesting note is that hair band reaches all the done to the feet and is yellow instead of blue. I think this was based on the way she was drawn in the opening animation and first episode Oddly, the ribbons are made of hard plastic and not soft PVC as to keep its shape. 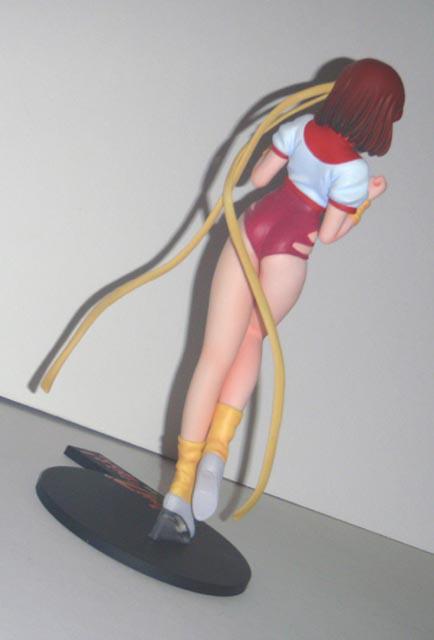 Everything else is spot on to the character design. The clothes she wears even have the same red and white top while the one piece swimsuit is of a maroon color. She comes with a simple black base with the title logo Aim For the Top! Gunbuster. I had to glue the clear piece of plastic that attaches to the base as it was too loose and made the figure fall over. Don’t worry, I’m still able to take the figure off from that clear piece. 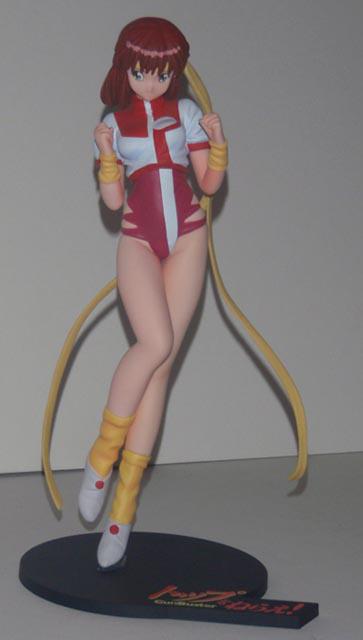 There have been several figures based on Noriko Takaya but this one is easily the most inexpensive for the nice quality you get and probably the easiest one to find out of them. If you’re a fan of Noriko, 80’s character designs, Bome’s work or even want a nice fixed posed figure for a great price I think it’s a no brainer that you should get this. 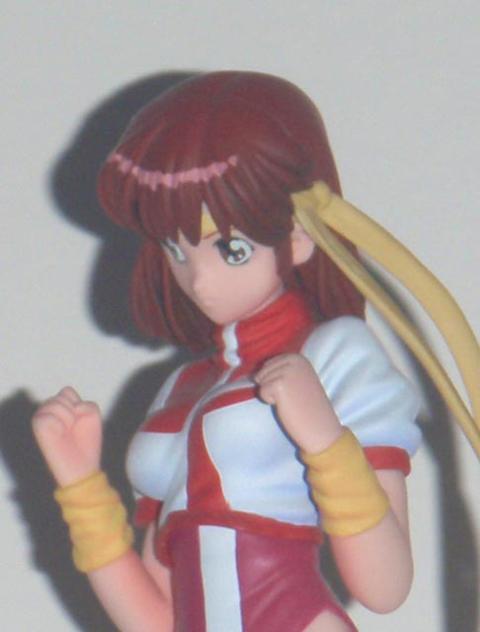