Cobra has evolved to using a mechanized army against the G.I. Joes in the latest incarnation of the series, Sigma 6. This is my review of the first of the 2.5 inch scale vehicles I've picked up, the Cobra Mantis Mech. This mech is specially designed by Destro for himself. That's right I said mech. This is not your old school G.I. Joe's any more. 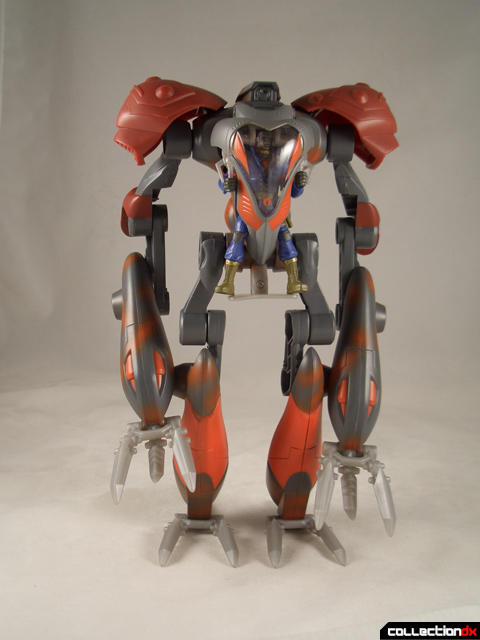 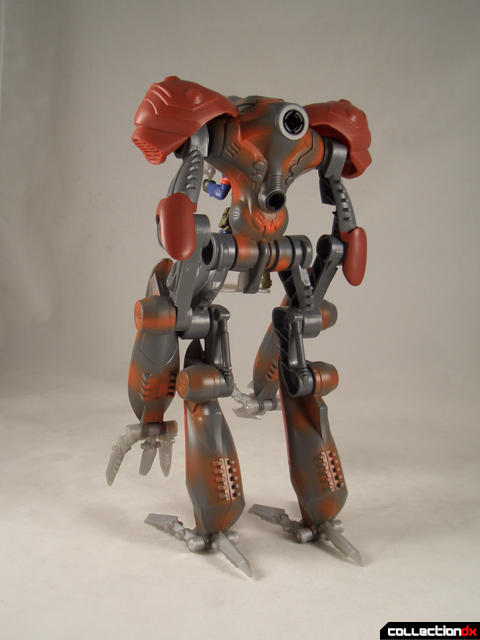 Standing over 9 inches tall at its full height this figure is very possible, yet balance is a bit finicky as the limbs are wobbly because the joints are designed to pop off to reconfigure the mech into different modes. This also keeps you from breaking the limbs off if you where to play rough with it as kids may be prone to do in there backyard adventures. 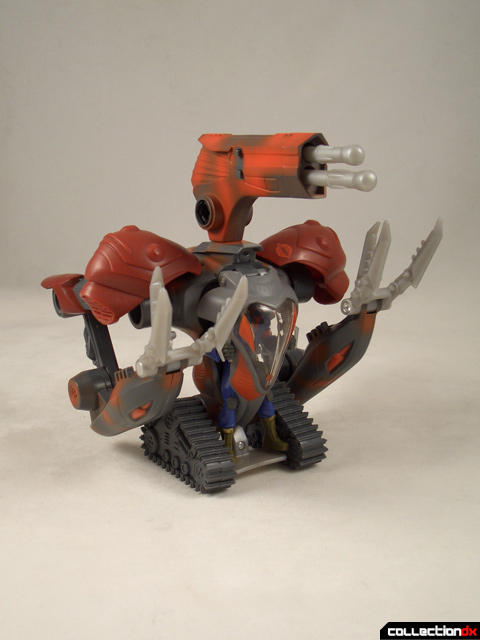 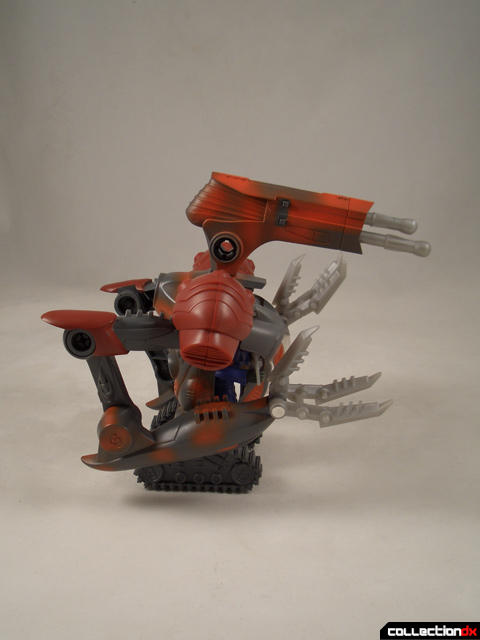 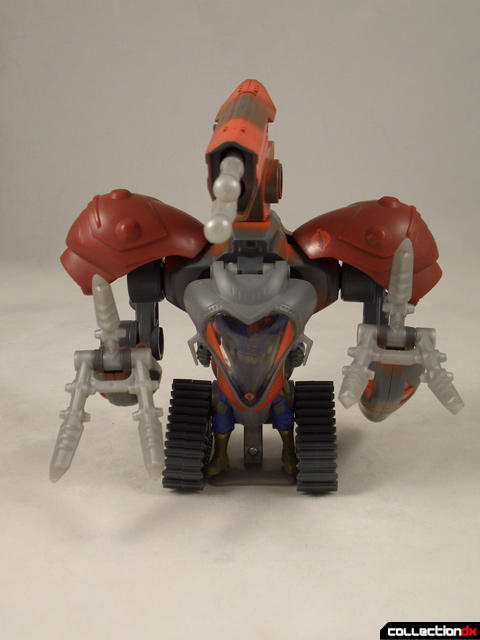 The differences between the modes are negligible as three of the four modes are different poses of the robot with legs and arms folded up. They give you a missile launcher and a set of tank treads to configure the listed fourth mode which also forms a separate stand alone launcher. 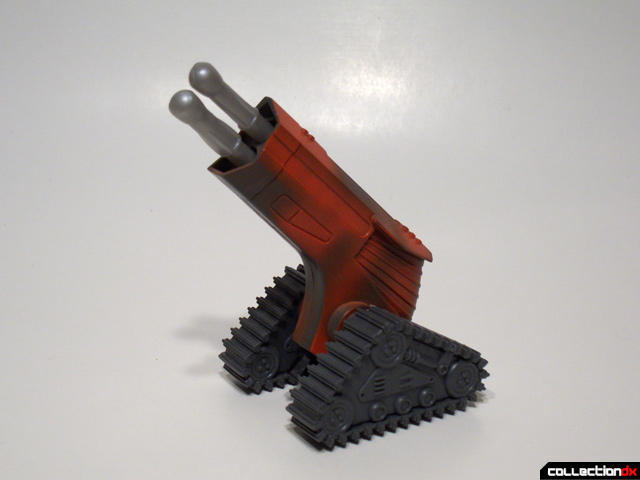 The paint detail on the Mantis Mech is good. Everything is painted on where it should be and there are no stickers to apply. An assembly of arms and legs is all you have to do and you're ready to play. 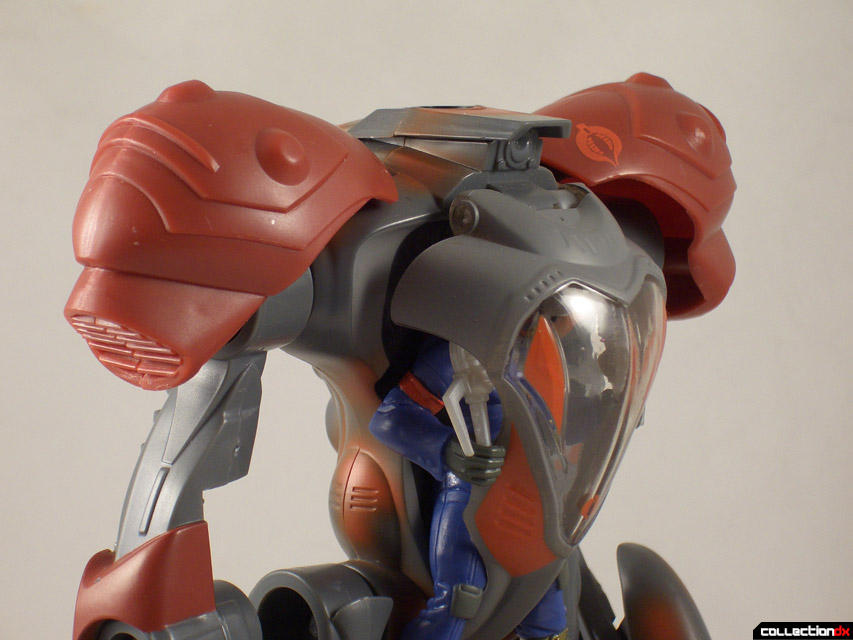 The Mantis Mech is piloted by Destro, Cobra's weapon designer. Standing at 2.5 inches tall this figure has only three points of articulation, the shoulders and waist. That's fine though because this figures sole purpose is to pilot the mech. 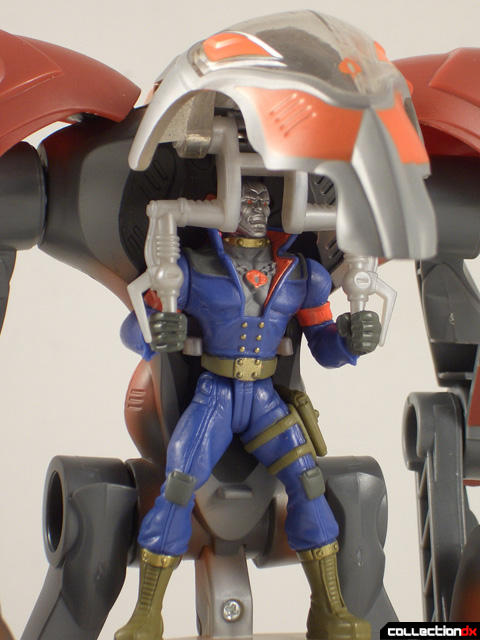 Destro fits in the cockpit nicely and hangs on tight. The figure looks good and paint detail is neat and clean but my nitpick here is the chains for his Cobra emblem are not painted gold but are the same molded silver as his chest. 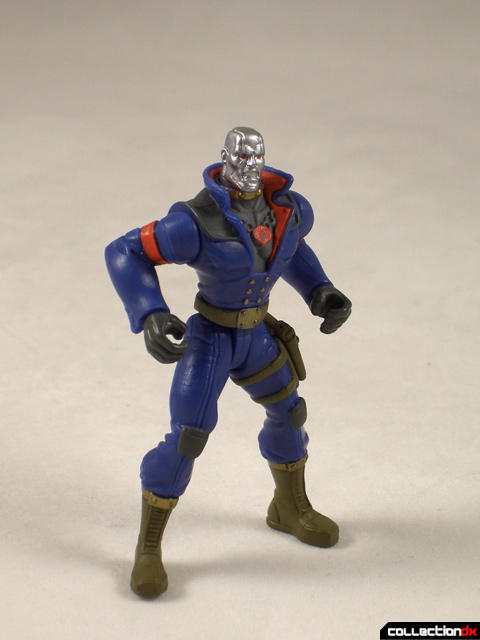 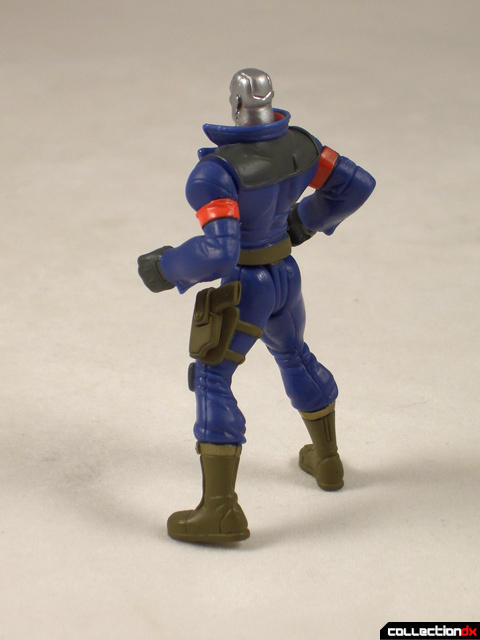 Hasbro focus with this line really seems to be on giving us extraordinary playability and great value. At 9.99 it is certainly affordable and makes a great baddie for your Joe's to beat up on. If the Sigma 6 line has caught your eye or you're just inclined to like giant robots this is worth a look.