What better way to celebrate the holiday, any holiday, than with a new Super Robot toy? Well, we've recently seen the release of an interesting genre crossing toy just in time for Easter. Sold in select Easter baskets at WalMart is a new 15" Gundam bootleg, here given the generic and often used name "Super Robot". The reason I say genre crossing is because I think this toy would appeal to not only Gundam completists and bootleg afficionados, but also to Jumbo Machinder fans. In fact, to me this toy is most closely related to the Machinder family than any other. It is made entirely out of polyethylene with the color highlights added mostly by stickers. The silver plastic is also contrasted in some areas by gold paint. Unlike most Machinders though, the toy features a surprising degree of poseability. It has a whopping 13 points of articulation (wrists, elbows, 2 at the shoulders, neck, hips and knees). This may be a bit of a turn off to classic Machinder fans, but probably will appeal to the Gundam crowd.

I'm no Gundam expert, but apparently this toy is a cross between several different Gundams with weapons from a variety of sources. I've read different things for each so I won't list where they are from since I honestly have no clue myself. I will say just that it includes a gun, a shield and two hatchets that can be stored in the back and removed and placed in the hands. For such an odd and cheap toy, it does have a bit of play value.

As for packaging, the toy comes sealed on a card that's placed within the basket. The card shows a couple other Gundam, one of which appears to be yet another bootleg toy. Amusingly, the top left of the card says "For ages 5 & up" while the bottom right says "Not suitable for children under 3". Not sure what that means for 4 year olds.

Overall, I suspect I'm gonna like this toy more than alot of people since I'm both a Machinder collector and I just love any weird bootleg toys sold in bizarre places. Besides, you get candy and a bow on top! What more you could possibly want for $10? 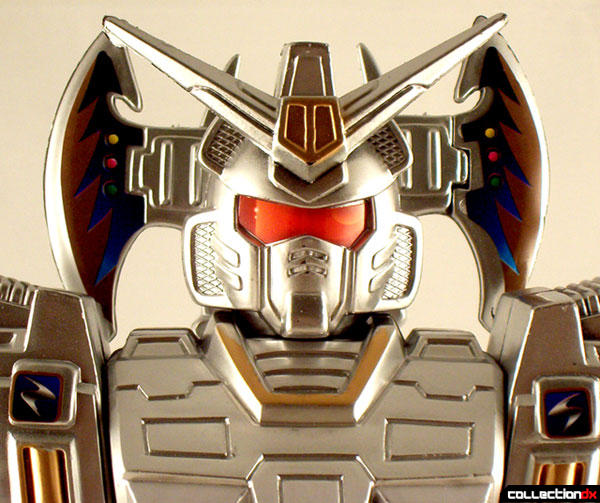 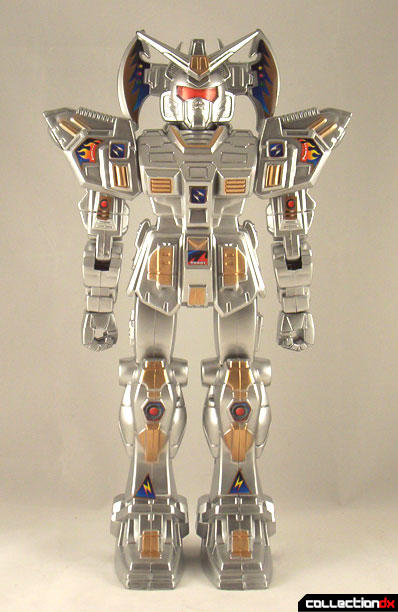 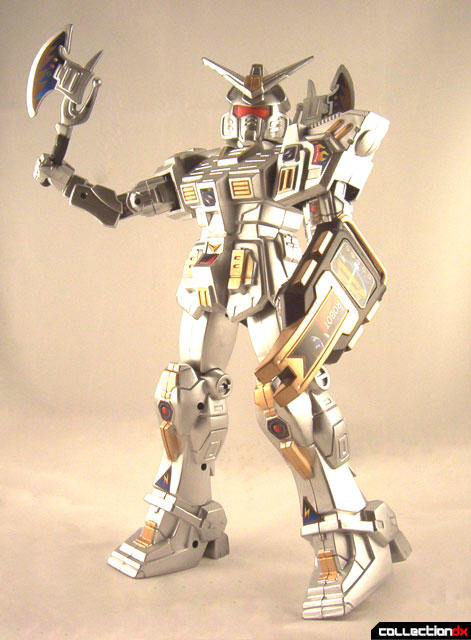 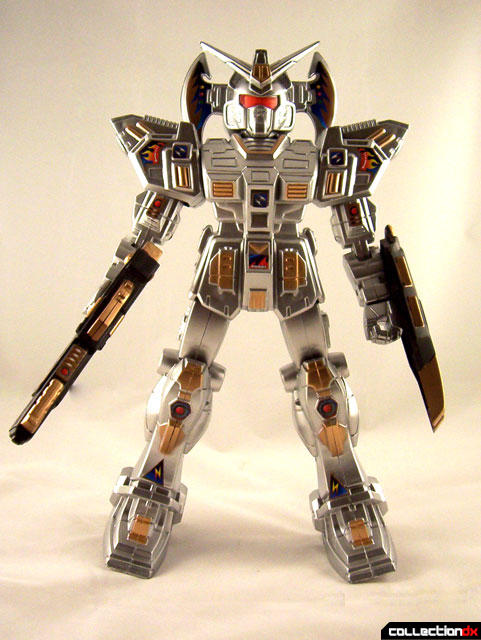 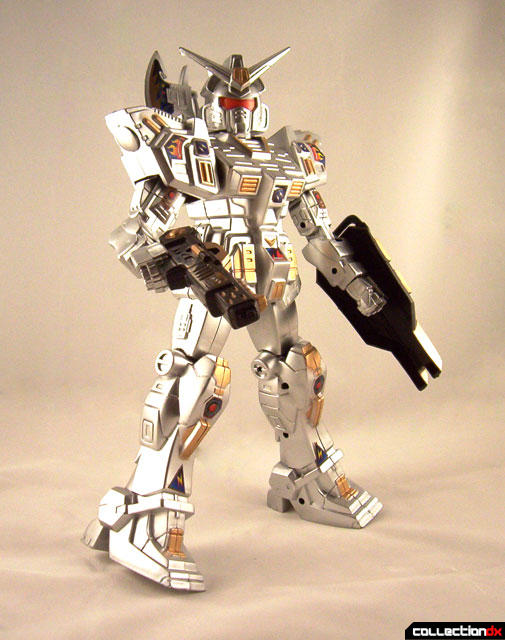 Here's what I see here-

I've got one of these things, and from what i can tell not only the feet but also the lower legs are off the MK.II. the gun is the beam rifle for the sazabi, and the axes are the ones used for the Ranba Ral custom Zaku 1 MG.

No, it's the RX-78's legs; I double checked after you said something. The RX-178 has open square vents on the calves and back of the ankle; the RX-78 has a rounded calf and no ankle vent.
.
.
EVA_Unit_4A