Of all the different styles of Godzilla over the years, this one is by far my favorite. This is the Godzilla I grew up with, which made it a must-buy for me. 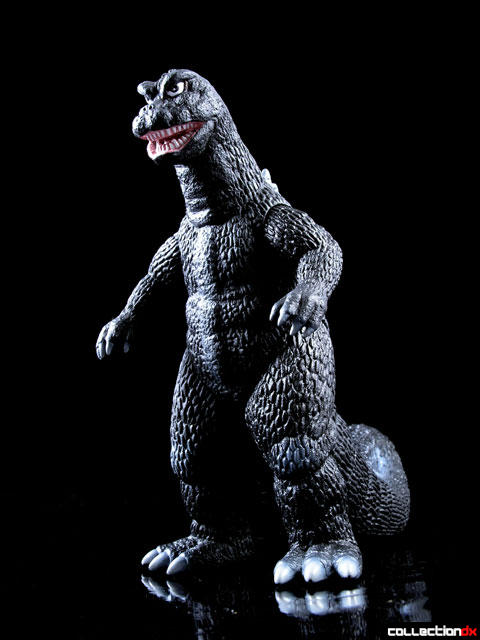 Godzilla 1968 comes from the classic Godzilla flick, Destroy All Monsters. It is a silly monster movie, but I think that is why I like it so much. Tis style of godzilla is named "Soshingeki-Goji" 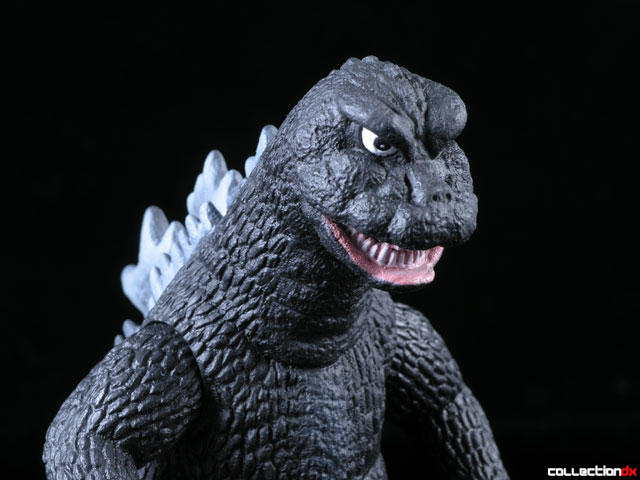 This toy is a repaint of a vinyl Godzilla that originally came packaged with the Godzilla 50th Anniversary box set. The paint scheme is much darker this time around. 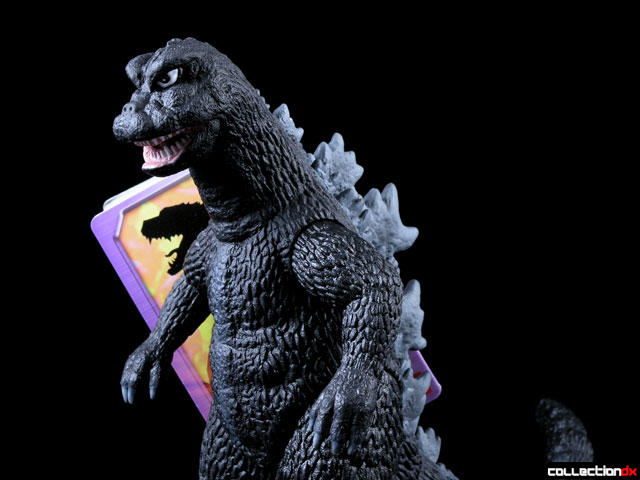 Godzilla 1968 stands 160mm (about 6" tall) is articulated at the arms and legs. This is such a nice toy and it is very inexpensive. In japan this toy retails for about 735 yen. Here in the states, you can get it for around 11 bucks. 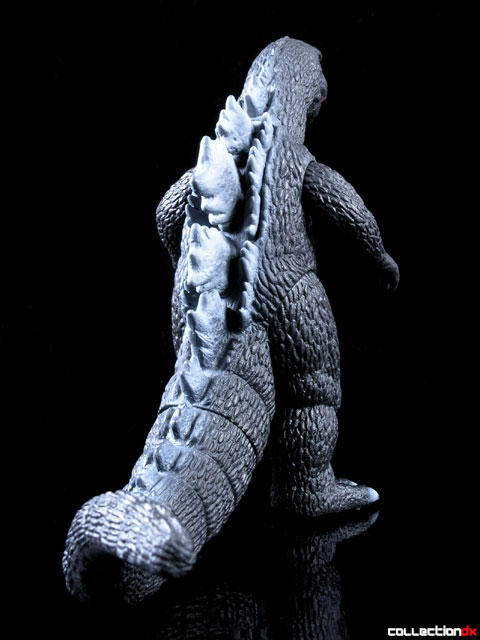