Meganuron (メガヌロン) is a very minor kaiju character from the 1956 Toho classic "Rodan", directed by Inoshiro Honda. An enlarged form of an un-named prehistoric insect, it is actually one of the smallest "giant" monsters you'll see. It seems to only be about 10-15 feet long. At one point in the movie, it actually ENTERS a house, rather than stepping on it. Further making it one of the least intimidating kaiju is the fact that other than his initial appearance, he poses no further threat in the movie and instead is revealed to be nothing more than a tasty snack for little baby Rodan.

Meganuron crawls horizontally along the ground on his legs, but this toy depicts the character in a standing pose. 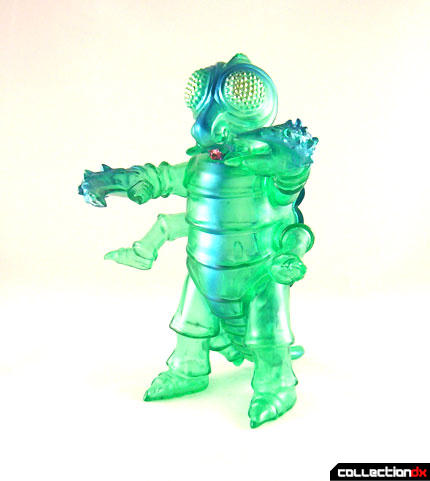 The toy stands just shy of 8" tall and there are 6 poseable limbs on this toy, with two more small legs molded into place along the tail. The head can also be turned side to side and features light silver paint spray on the eyes, red on the mouth and blue on the nose and around the eyes. There is also light blue spray on the claws as well as the outer edges of the shell on the back. The blue is VERY faint and I honestly never noticed it until closely inspecting the toy for this review.

This version of Meganuron is the second released by Toy Graph, the first featuring a grey base with blue and brown spray. The clear green version was sold as an exclusive at the Tokyo Wonderfest in the winter of 2006. I'm not sure on the original retail price, but I paid 6,500 yen for mine at the Nakano Broadway mall in one of the consignment shops there.

As usual, the toy was sold in a bag with an admittedly bland looking header card.

I find myself constantly changing my mind as to whether I like this toy or not. It is certainly eye-catching and I really like the color as it looks when immersed in my kaiju shelf. Plus I like having such an obscure character. But when taken on its own, it somehow seems less impressive. Maybe it's because I hate when a monster happens to have superfluous limbs like this one does, just two legs hanging there uselessly. Still, clear vinyl toys are rather popular now and this would certainly be an interesting addition to any kaiju collection. 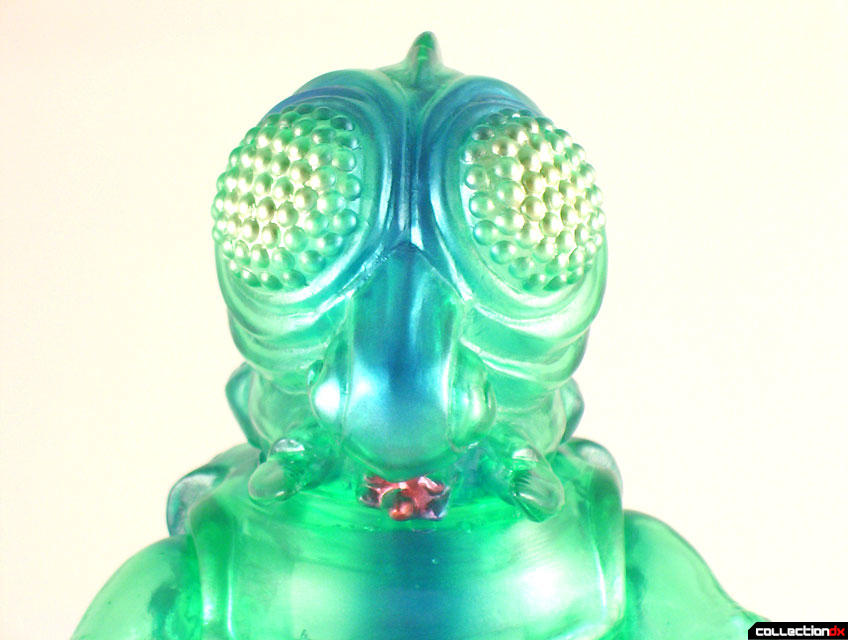 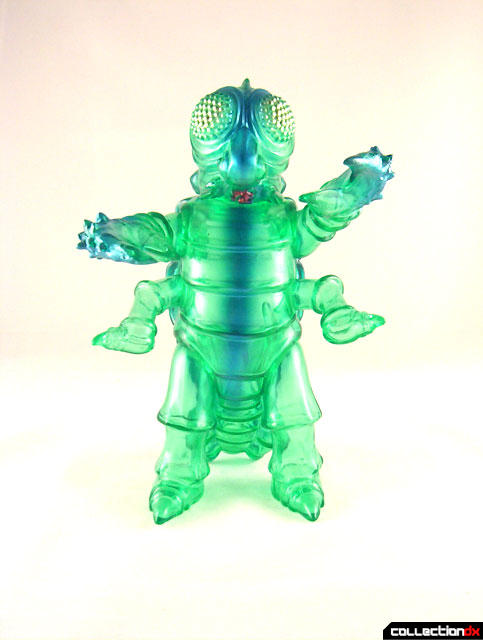 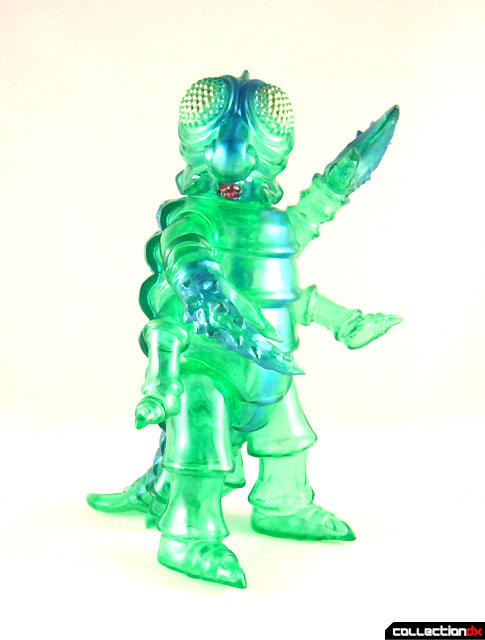 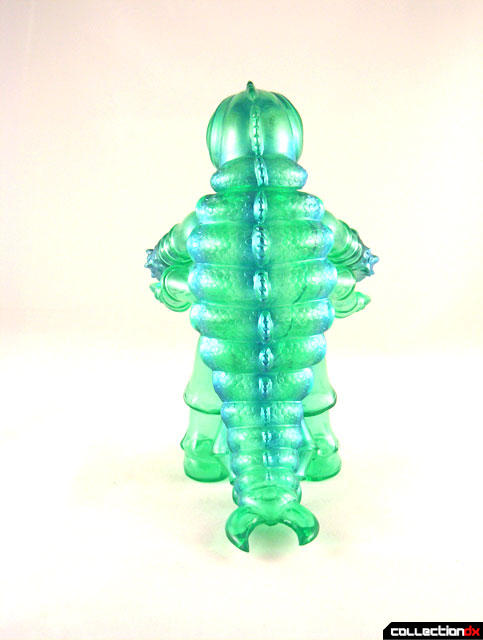 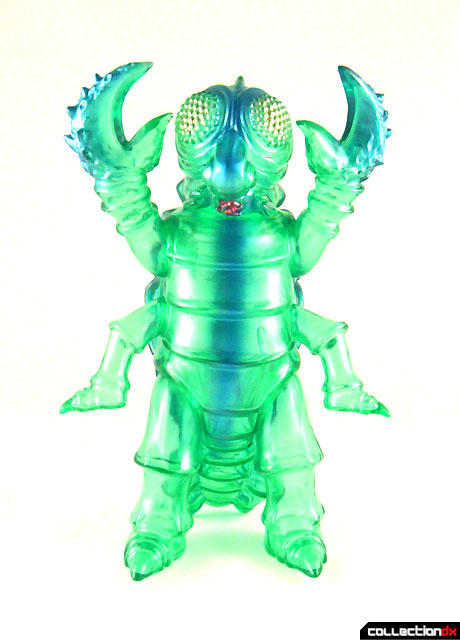 Wow, I really dig this piece. I remember you getting it, but I don't remember liking it so much.