Aina Saharin comes from the Gundam series 08th MS Team, one of the most popular series for a lot of Gundam fans. She is the love interest of the protagonist Shiro Amada and brother to the main antagonist Ginia Saharin. 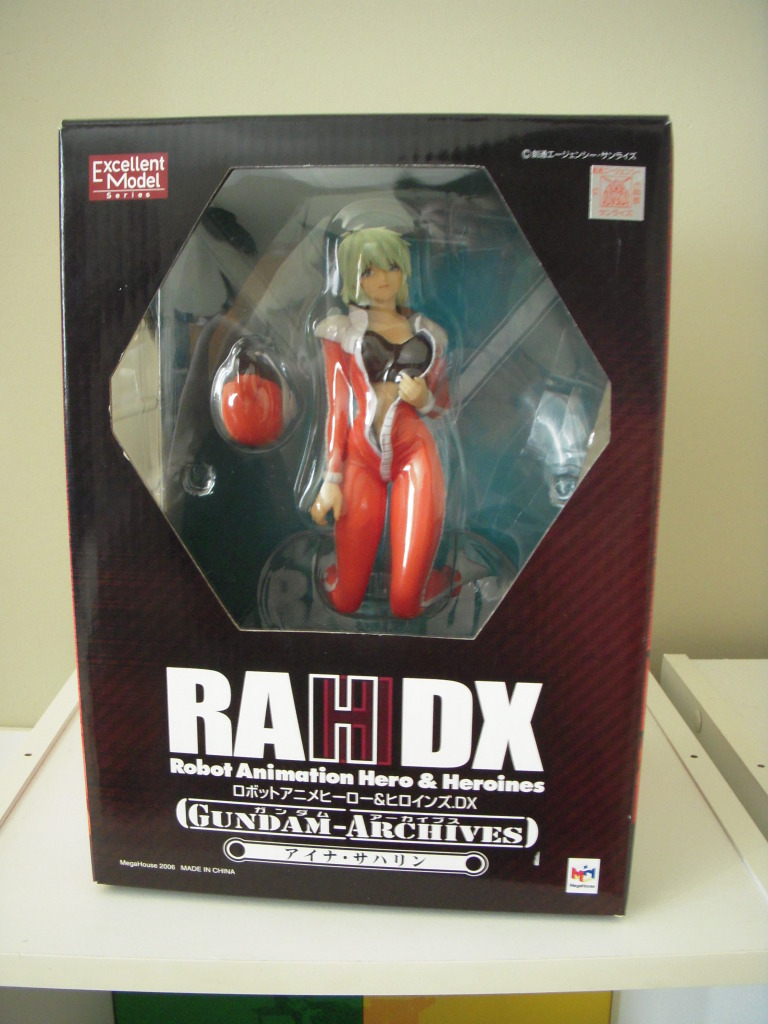 This is the RAHDX figure of Aina. RAHDX is a line that does scale figures like Aina that covers mostly Mobile Suit Gundam characters. Previous characters that have been made in this line include Four Murasame, Haman Karn, and pretty much all of the Gundam SEED female characters. 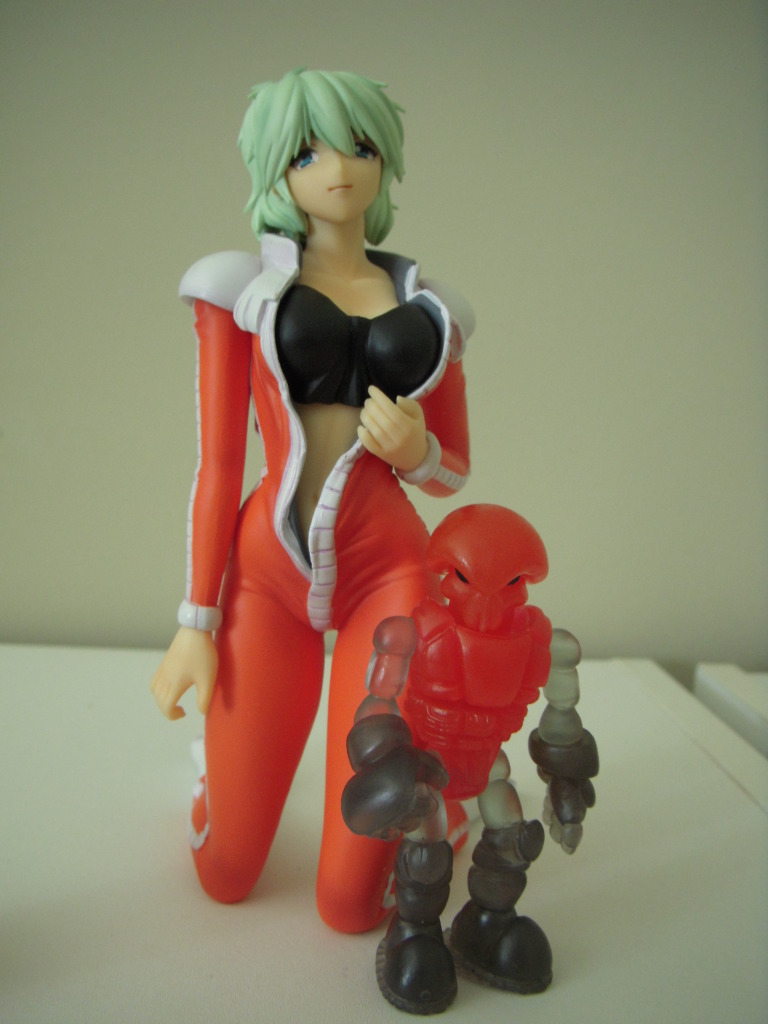 Aina is sculpted in her Zeon flightsuit. Hers is a noticeable shade of pink not sceen otherwise on regular Zeon soldiers. Her suit is also incredibly tight against her body, fitting along every curve and sculpted detail that gives a very nice image that this figure is layered underneath the suit. 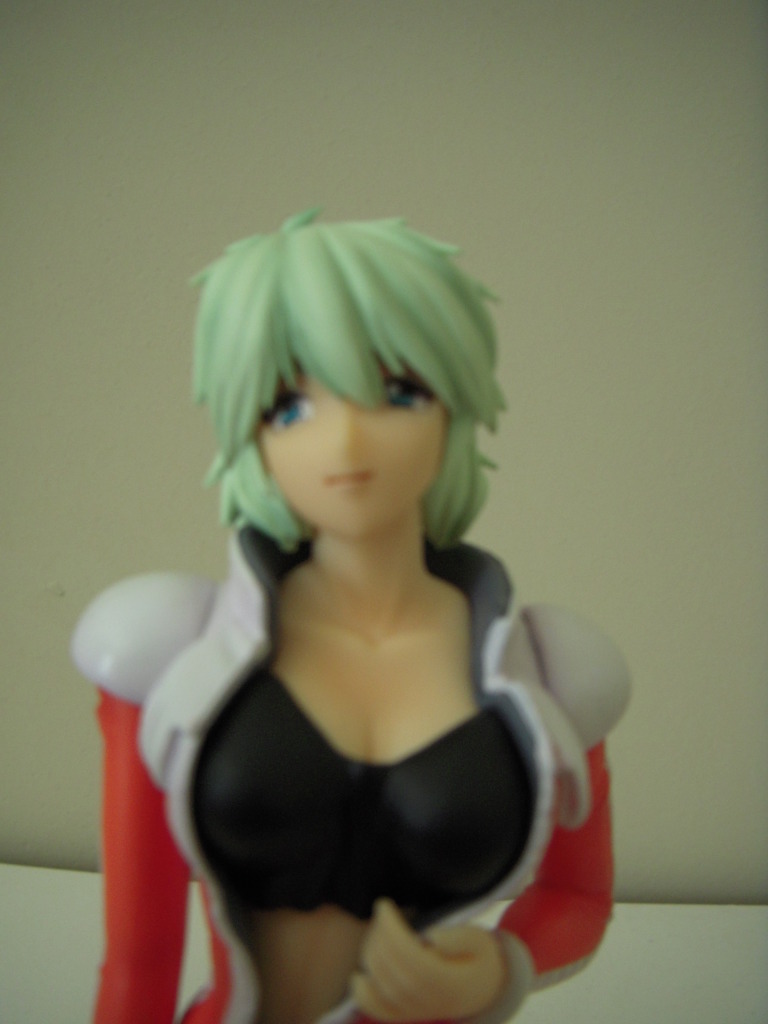 Aina's face has a very soft expression that suits her character well. Although the actual design is a little bit off from that of the OVA series, it's still very clear that this is Aina from 08th MS team.

The suit details, although simple are accurate to what a Zeon mobile suit pilot would wear. 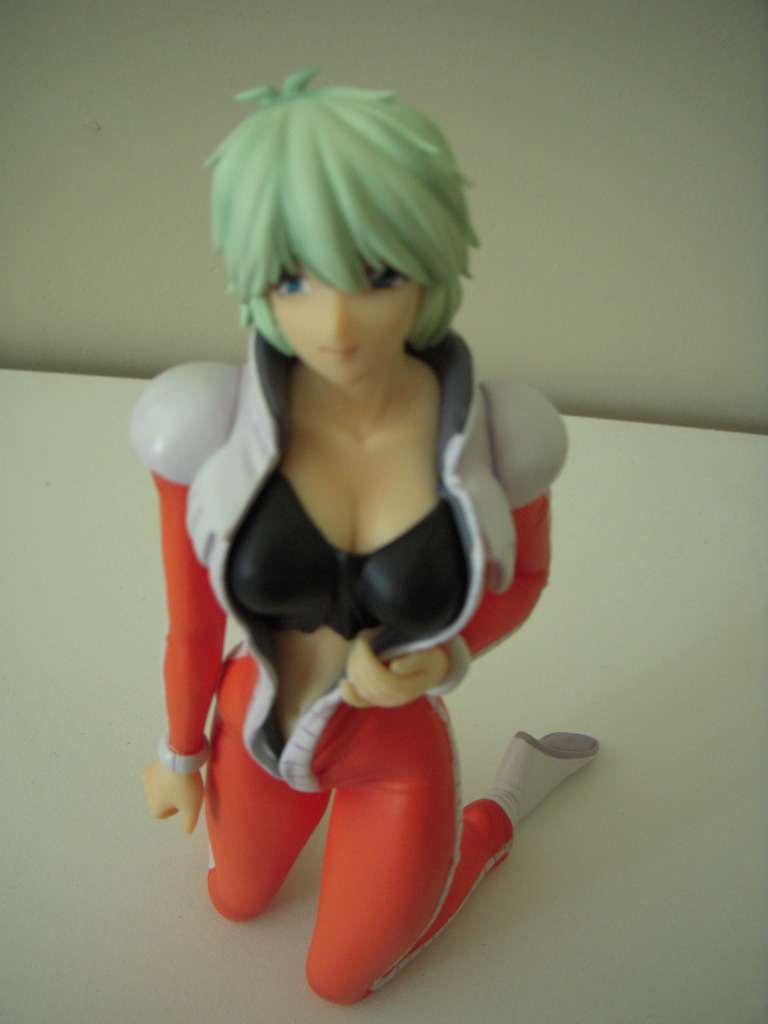 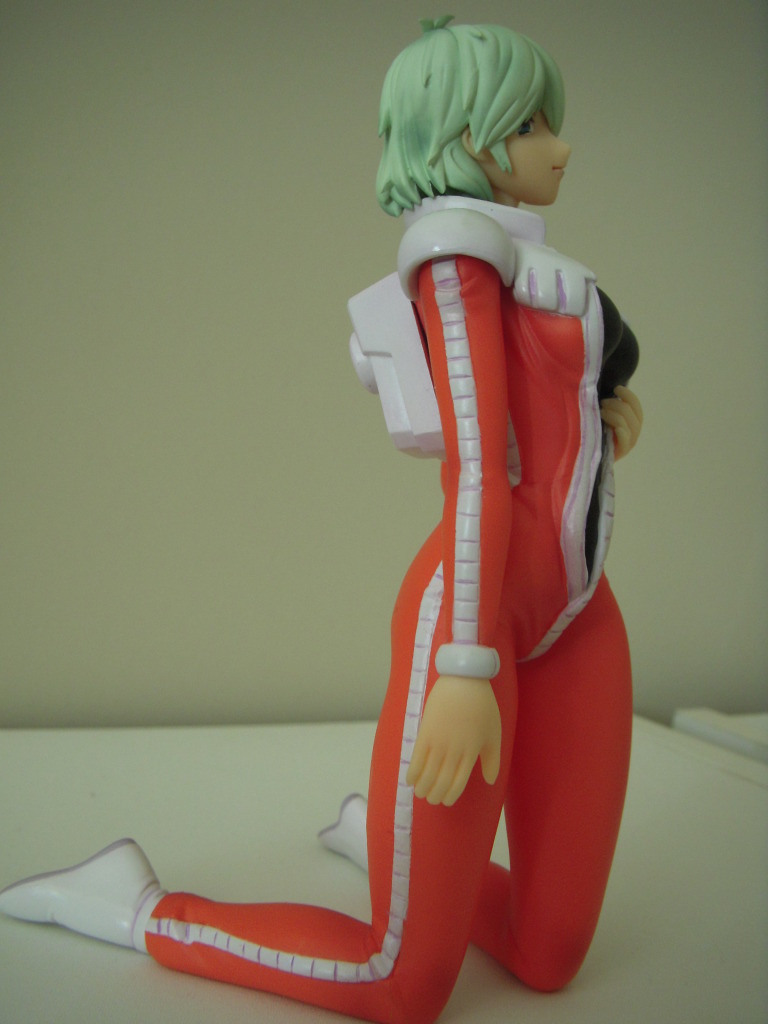 Aina has an incredibly curvy and well shaped body, which the skin tight Zeon suit has no problems complimenting very nicely. 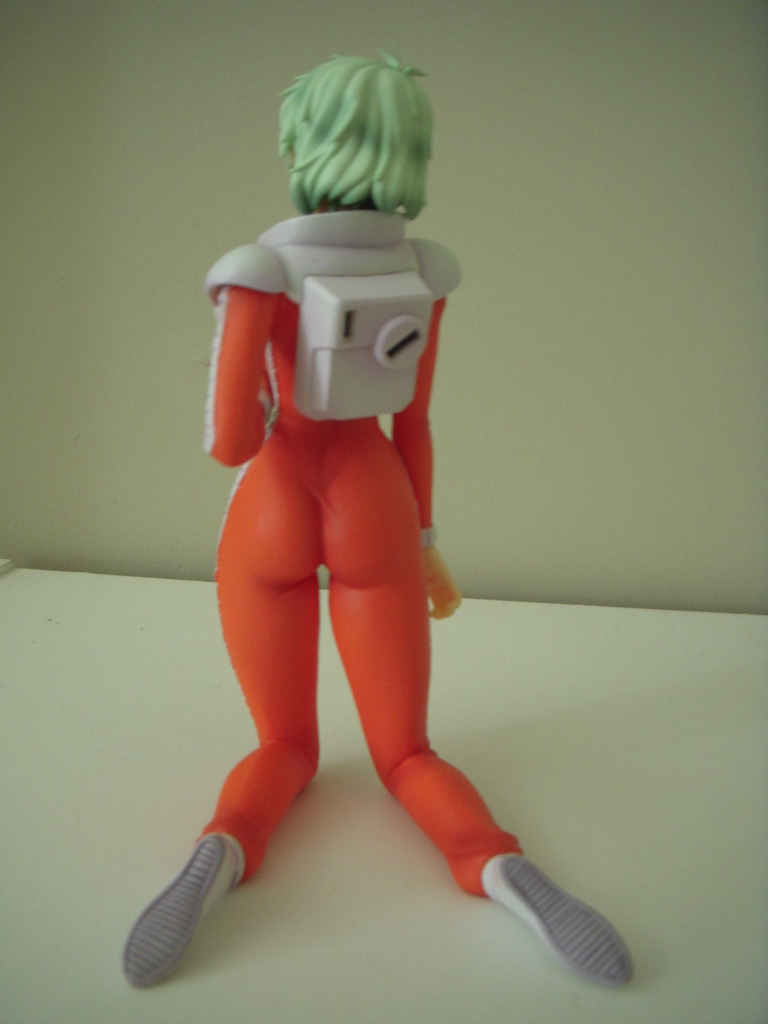 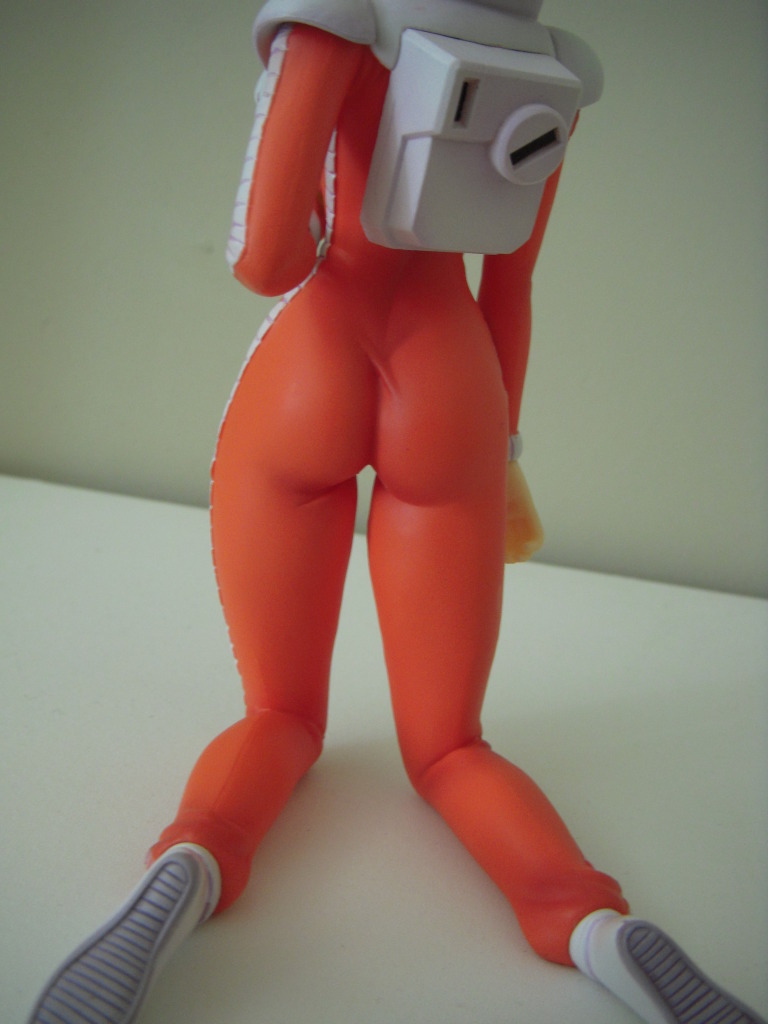 This figure also comes with a Zeon helmet. The helmet is meant to be held by Aina's right hand. However when I was doing this, I assumed it would peg or secure some way. No, instead it just sort of sits on the lip of the front of the helmet and... dangles. It works and so long as you're not violently shaking the figure it should stay in place. 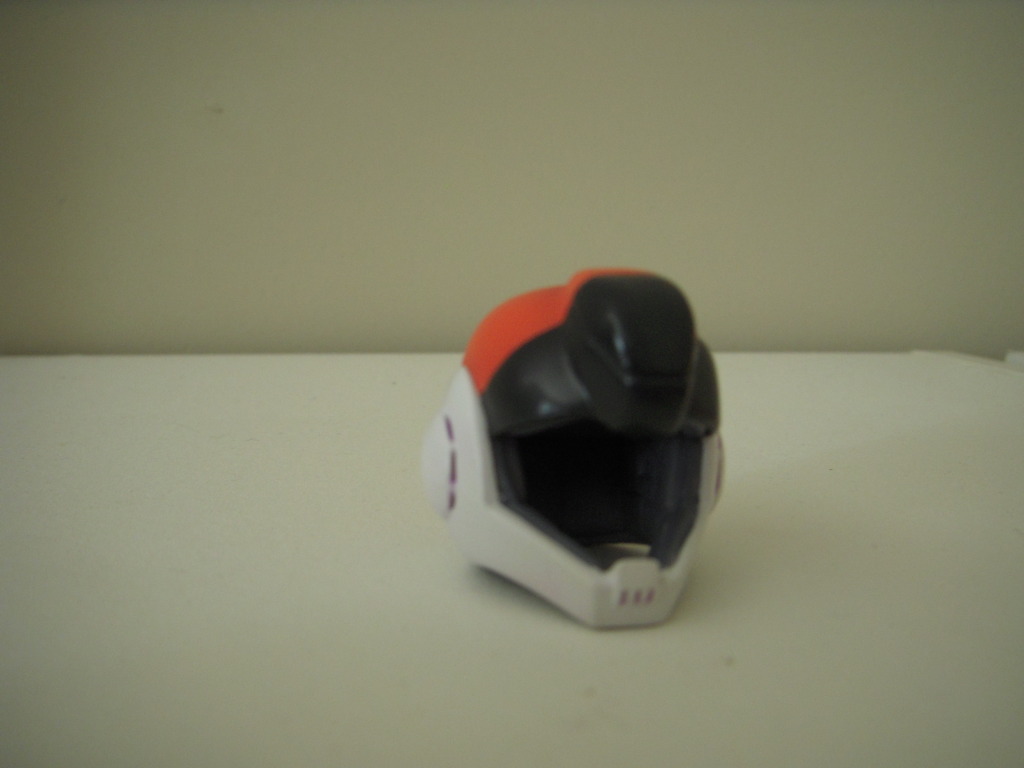 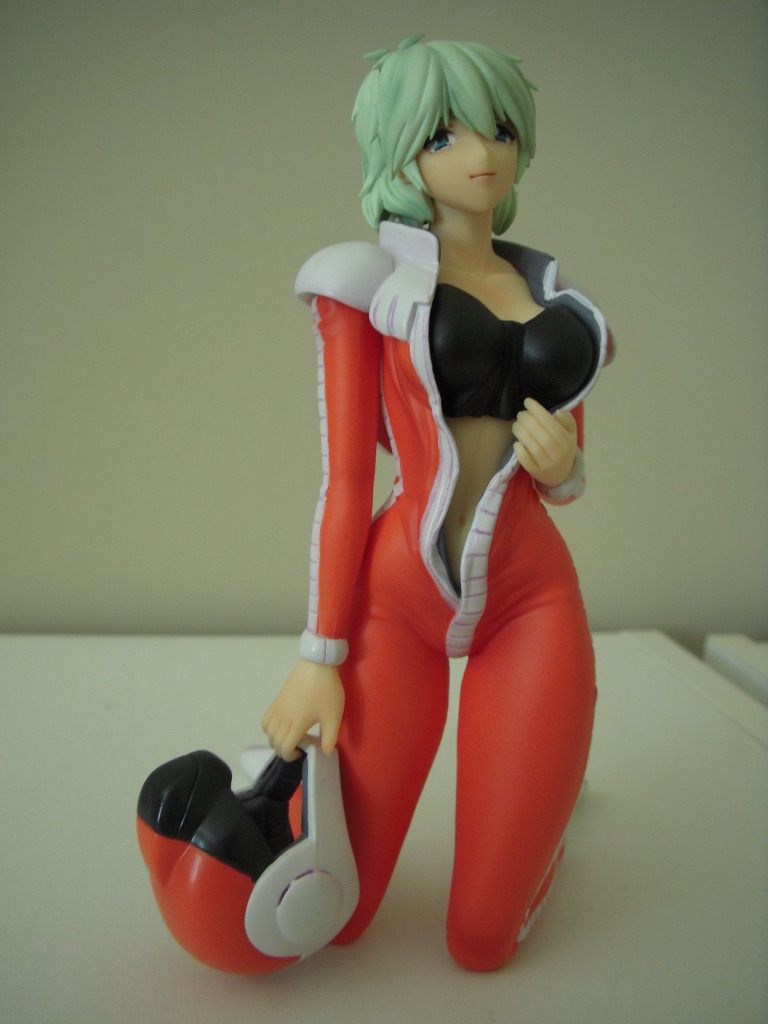 The base that Aina comes with has 08th MS Team printed on it along with a molded outline of the Apsalus I, which Aina was the test pilot of. It's a nice detail to what would have been otherwise a plain base. 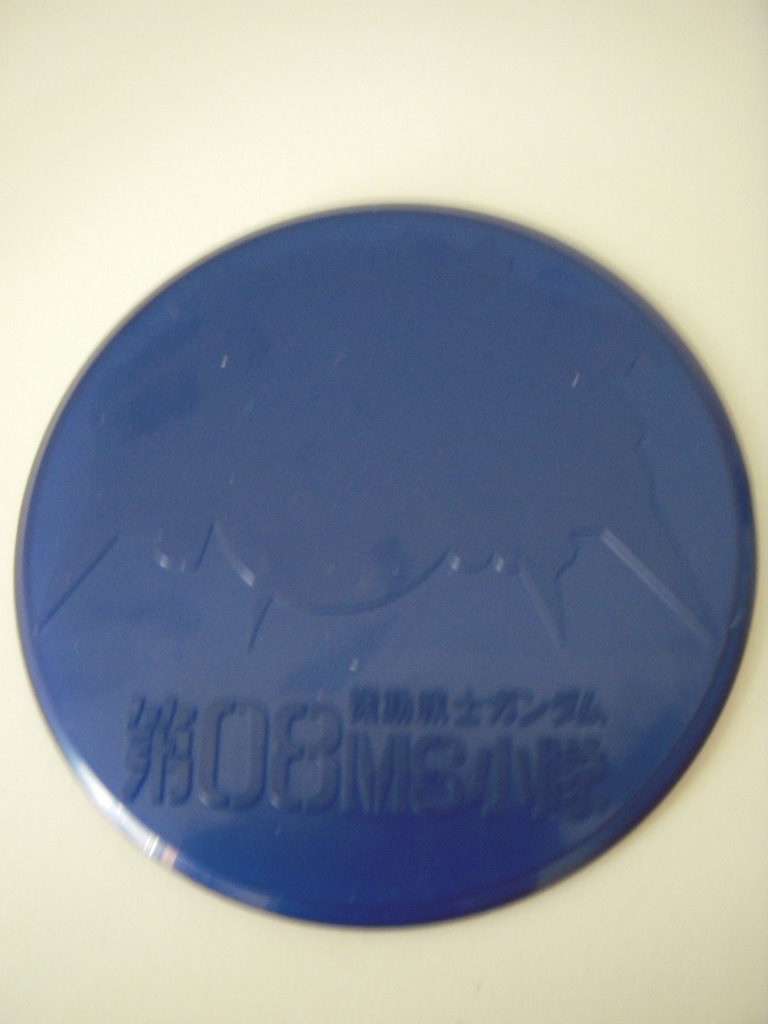 Aina just sort of kneels on the base. She doesn't peg in or fit into any specific slot. If you want, you could place her on any other surface without the base. The figure is stable enough to do that. 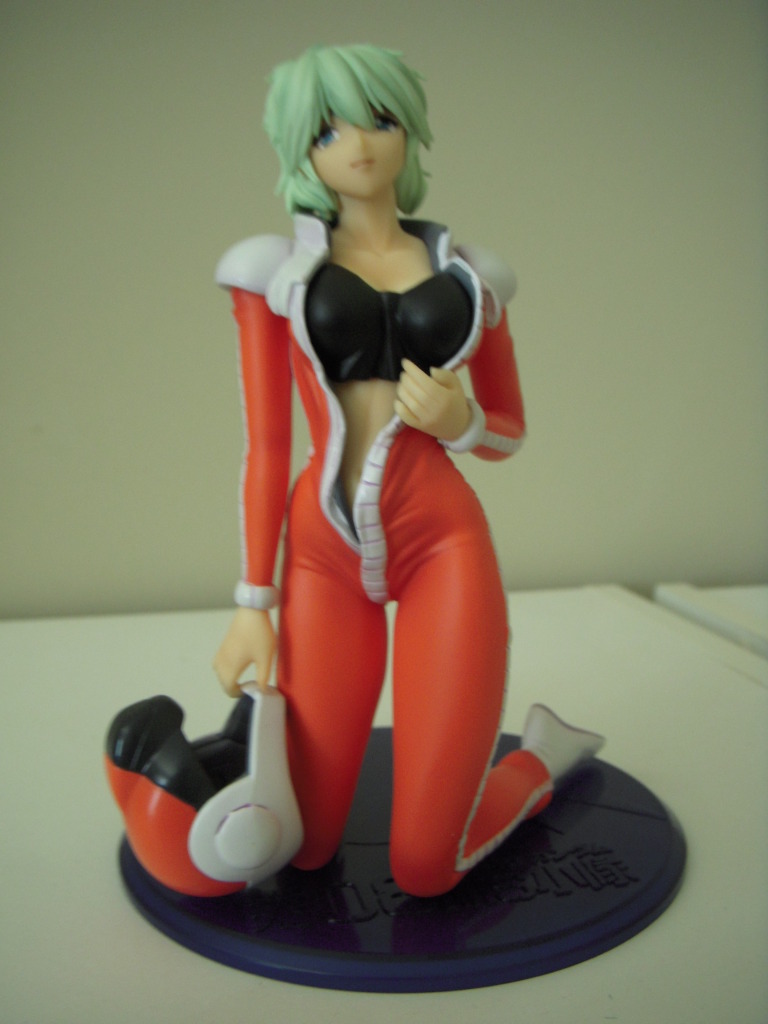 Aina is an incredibly nice figure at a very affordable price. It's very clear with these RAHDX figures that price does not sacrifice sculpted quality.