According to the back of the package, Tarfful is a Heroic Wookiee who serves under Yoda when the Separatist droid armies invade his home world of Kashyyyk. In the movie, I'm pretty sure he sits out the battle up in the tree house with Yoda and Chewbacca, but I can't be sure, all the Wookiees look the same to me. 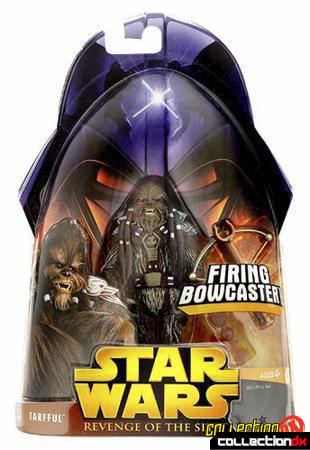 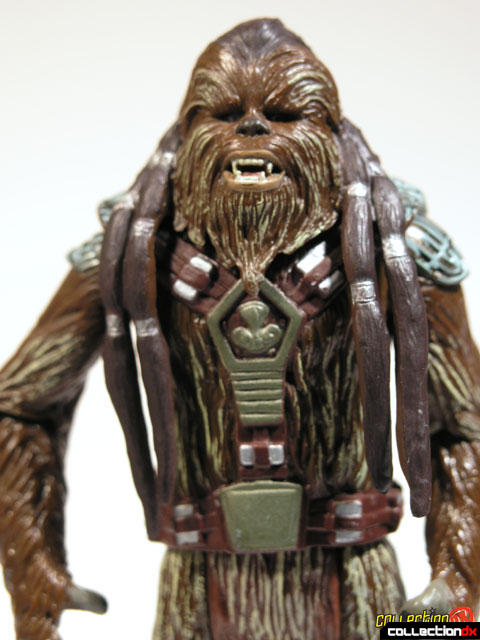 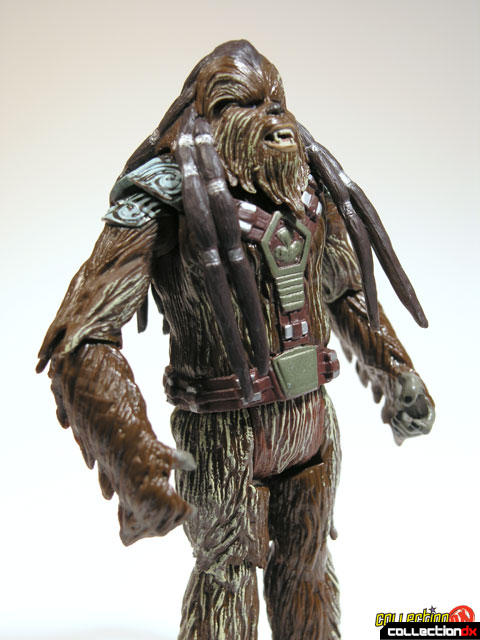 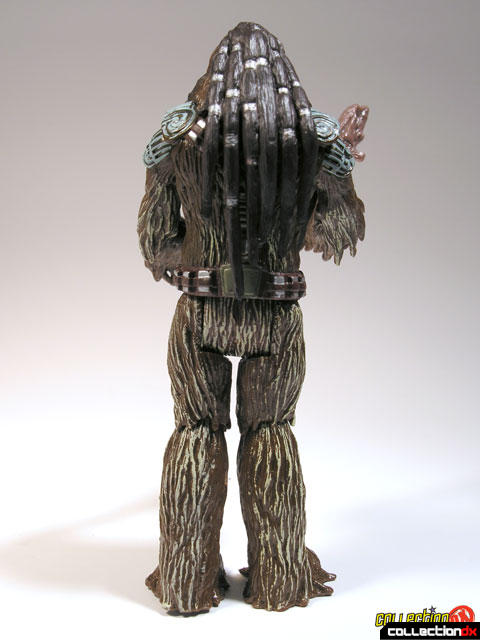 The Tarfful figure is a big, nicely detailed solid chunk of plastic. He comes with a club and a missile-firing bowcaster. The missile is translucent plastic, and is the type that uses a friction ball to launch (no springs - you just push it from behind).

The big furball is articulated at the head, shoulders, elbows, waist, hips and knees. Unfortunately, due to the head design, he can barely turn his head side to side. The arms are well done, but the knee joints are a disaster. They apparently only swivel - they don't bend! Unless I am doing something wrong, this is pretty lame. 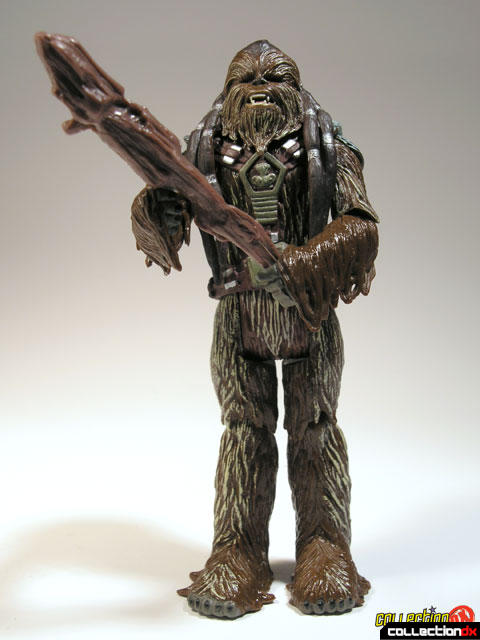 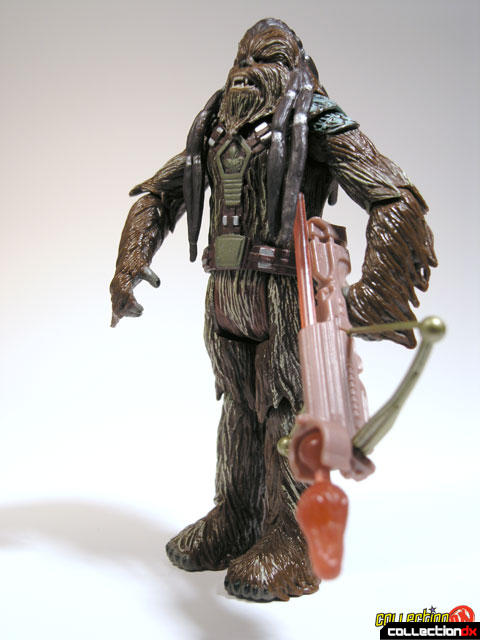 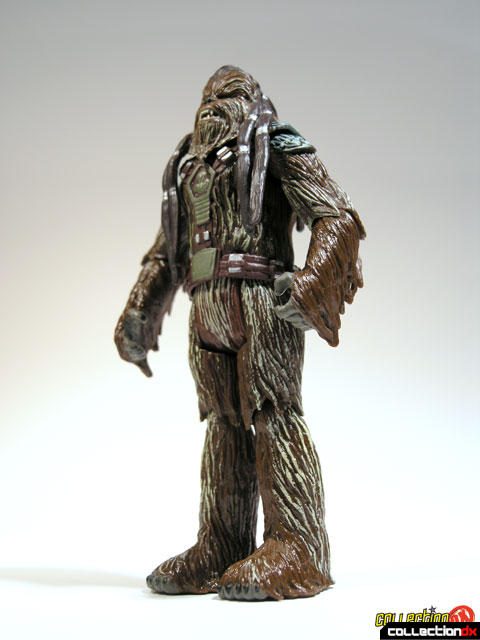 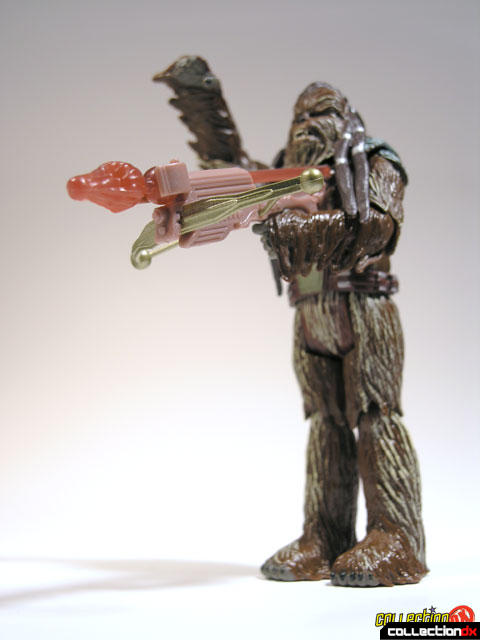 Out of all the Star Wars toys my Son got, he likes this one the least. It's not a terrible toy, just nothing special compared to Vader, Yoda, and other lightsaber-wielding characters.