Storm Shadow is the only Cobra henchman that has the distinction of never having failed Cobra Commander and is from the same “clan” Sigma 6’s Snake Eyes comes from creating a rivalry between the two “brothers” that comes up in the series from time to time. 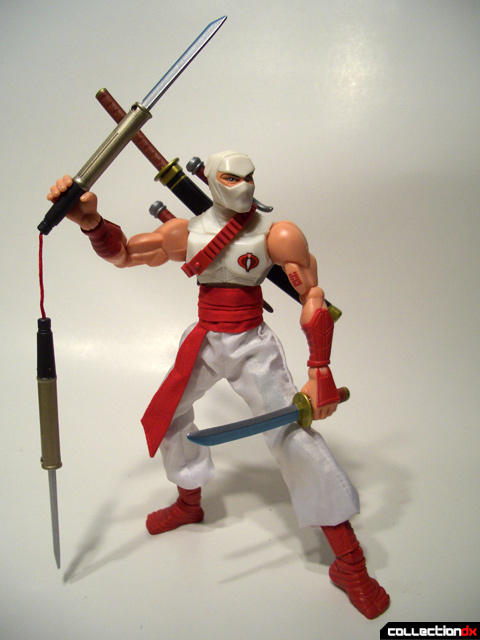 Of all the Cobra figures in the Sigma 6 line, Storm Shadow is probably the closest to his original incarnation. Sleek sexy lines and white and red trim make for a sharp looking figure here. He has the usual fifteen points of articulation with cloth pants. All other detail is painted or sculpted on in usual quality style. 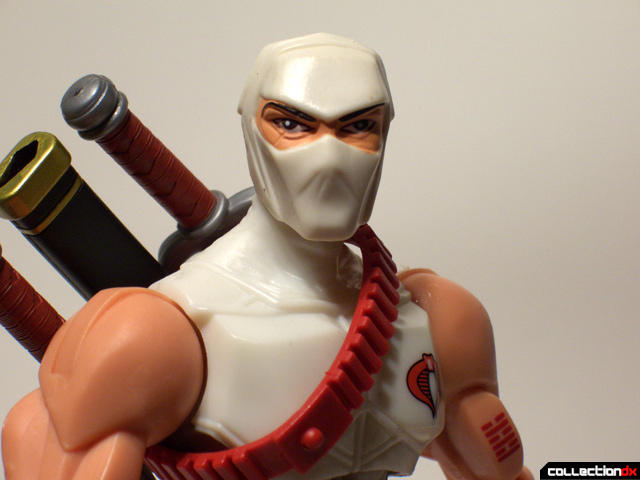 Storm Shadow comes with a host of accessories but nothing too outrageous or gimmicky. 1 Katana sword, 1 dagger, 2 sai’s, 1 set of nunchucks (with blades that fold out), climbing gear for hands and feet, a staff (which you can attach the sword and dagger too), and a display stand for the swords. A shoulder strap holds the sheath for the Katana and two sai’s. 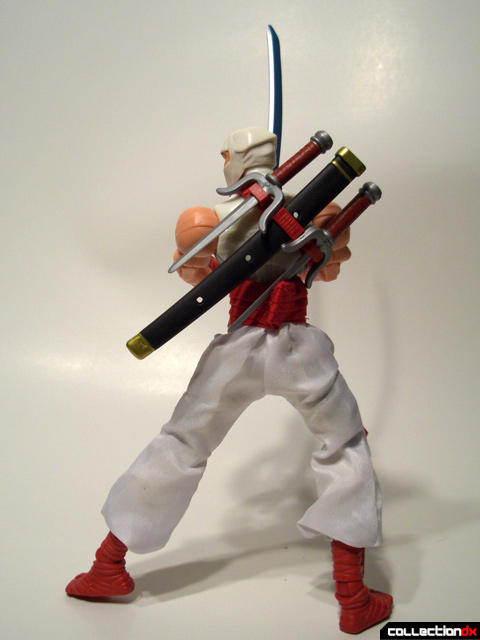 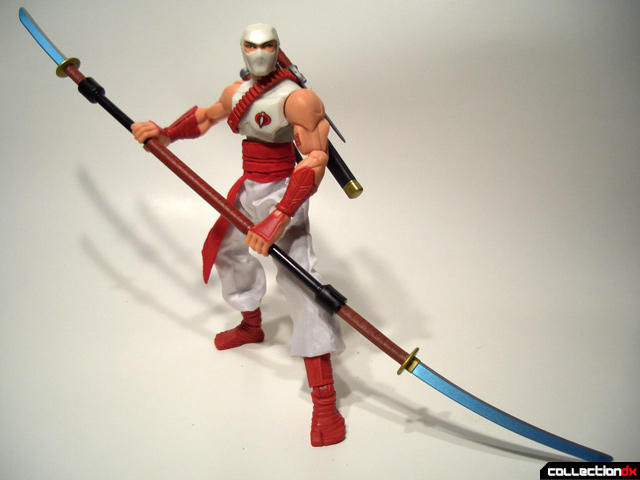 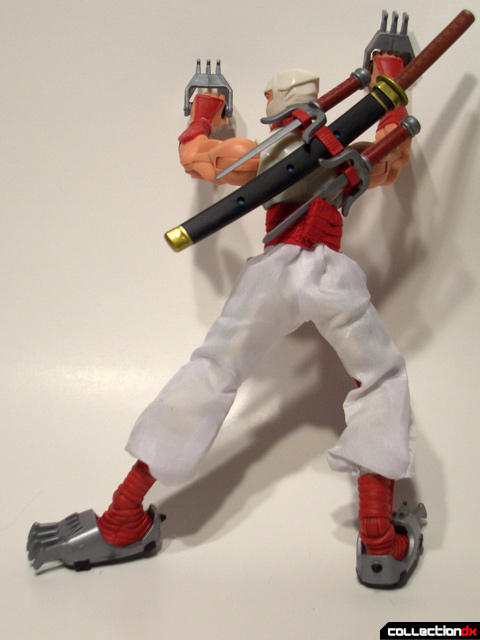 Being in the 14.99 price range the package top and bottom do fit together to form a weapons footlocker for storage of extra accessories. 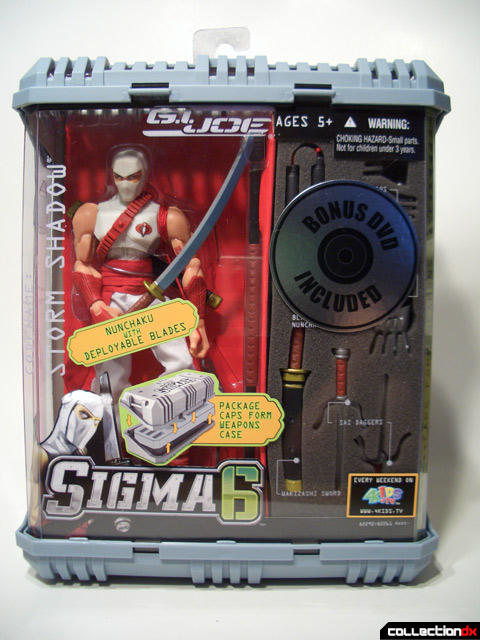 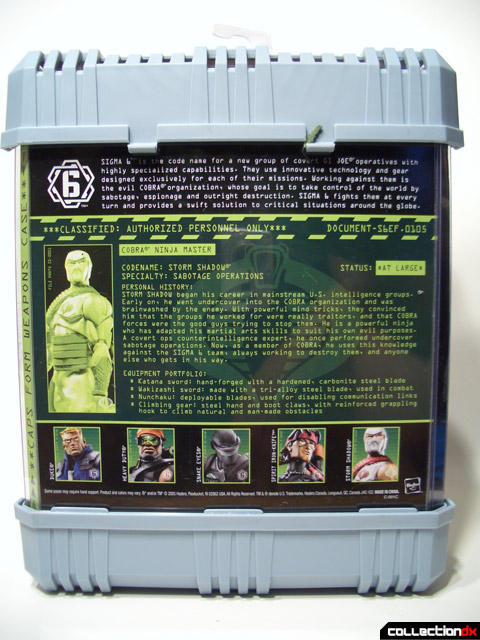 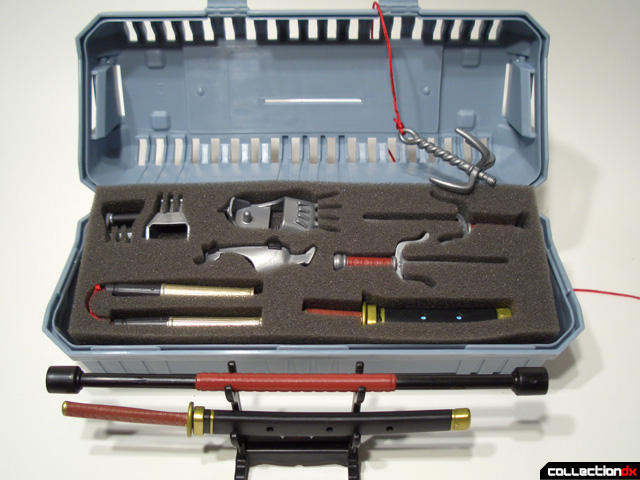 Now there are several repaints of Storm Shadow on the shelves and I hear at least another is in the pipeline in the near future so of all the figure paints and sculpts I have seen this first one looks best. I recommend it wholeheartedly but suggest you look around and get the Storm Shadow that looks best to you.