The MagiRanger Sky Cellular Phone Grip Phone (天空ケータイグリップフォン) is supposed to be a combination Ticket Puncher and Cell Phone Morpher and is used by Magi Shine in the Japanese Mahou Sentai MagiRanger TV series. 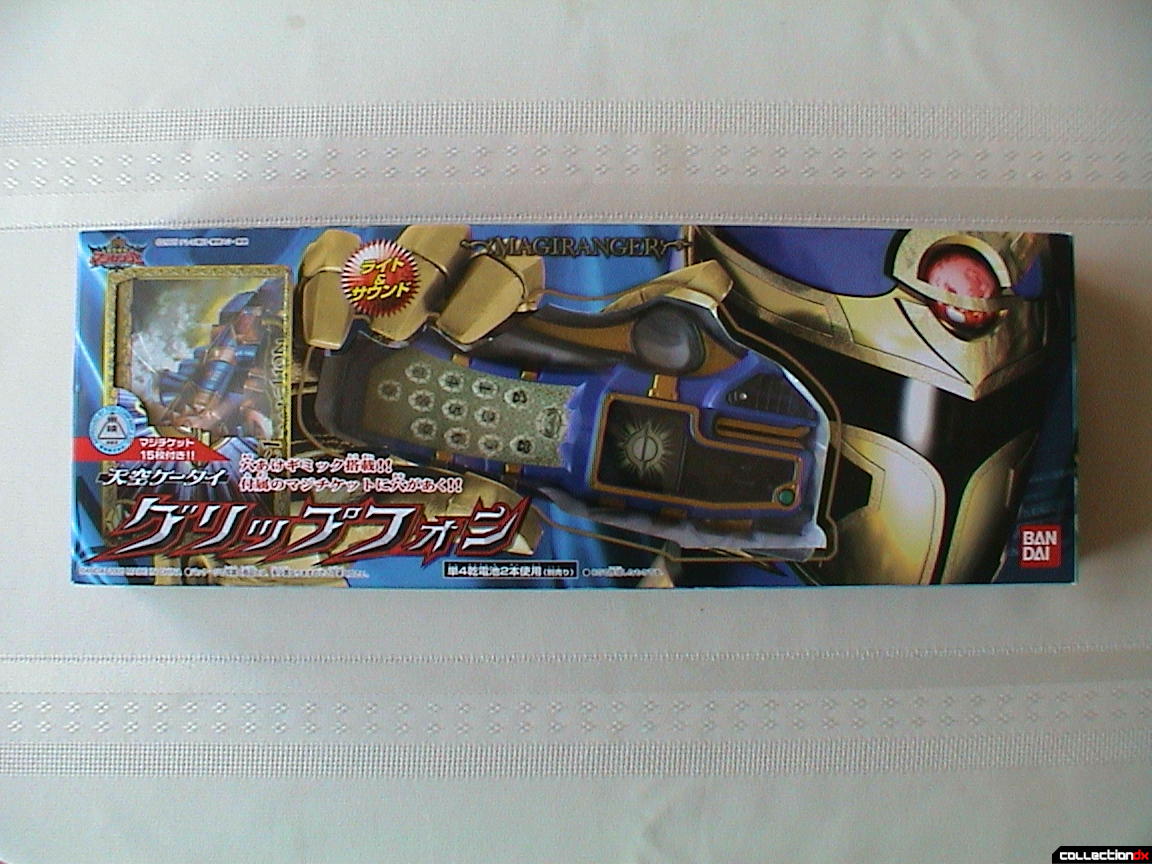 The morpher is 6-3/16" in length; 2-5/8" in width; 1-1/8" deep. It uses 2-AAA batteries and the battery cover is screwless. To open the cover, you use a small object, like the end of a paperclip, to push down a small spring loaded piece of plastic and you slide the cover open. The morpher is mostly blue in color with gold trim (like Magi Shine's costume.) 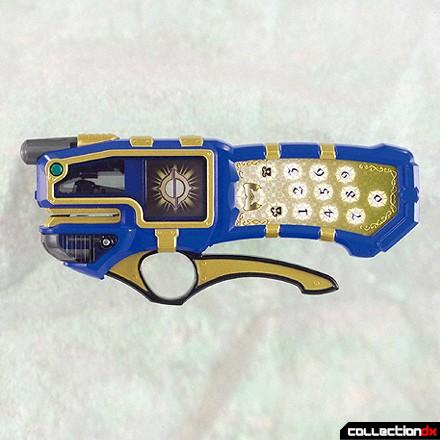 The antenna housing is made of clear plastic and inside is a red colored LED that is the light source for the morpher.

The morpher is an actual working hole puncher. There is a slot at the top where tickets, or other paper can be placed and a handle/lever to punch the hole. There is a small clear plastic compartment to collect the paper punch discs that can be emptied when full. It actually does a very good job of punching holes and is better that some hole punchers I use at work!

Squeezing the handle produces a sound that is a combination of both a ticket being punched and a ricocheting bullet. Turning the Power Switch ON produces a 3-note sound and the red LED in the clear plastic antenna flashes once.The bottom of the morpher has a keypad for the cell phone with numbers 0-9 and two telephone icons. There is also an "M" key (for Magi Ranger). All of the keys are soft-touch and activate various sounds.

When any of the numbers 0-9 are pressed and you squeeze the Ticket Puncher Handle, it will generate the following special sounds:

The Grip Phone comes with 15 ticket cards (5 each of 3 different cards.)that look like the kind of cards Magi Shine uses in the TV show. You also get 12 blank cards that are completely white and have nothing on them at all. 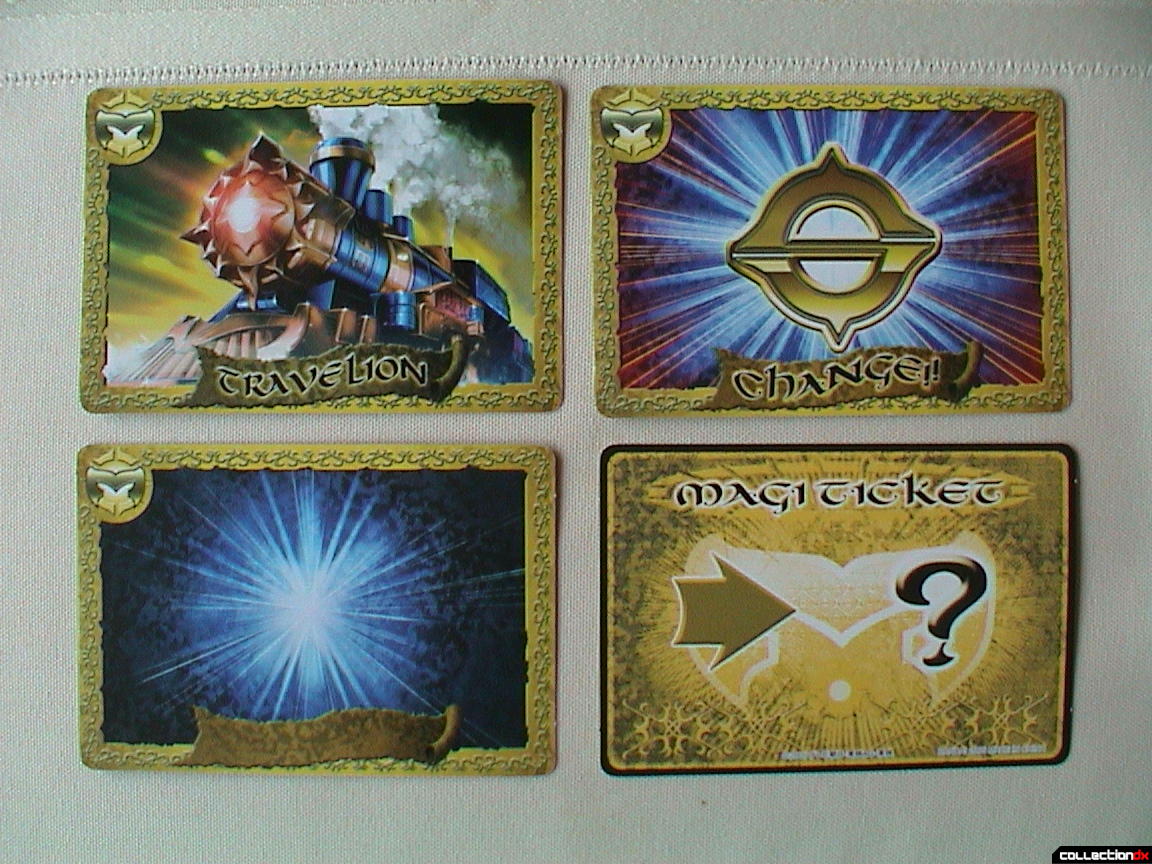 In Japan, teens do not carry their cell phones loose. They buy wrist-cord attachments that are available in a wide variety of colors, designs and character logos and their cell phones hang on their wrists from these cords. The Grip Phone has an attachment on it that allows for one of these wrist-cords to be attached. The wrist-cord is not supplied, but if you'd like to attach one, there's a place on the phone to attach it to.