The Emperor's Royal Guard is one of the most elite guards in the galaxy, and he is also one of the coolest figures released as part of the Star Wars Episode 3 Revenge of the Sith line. 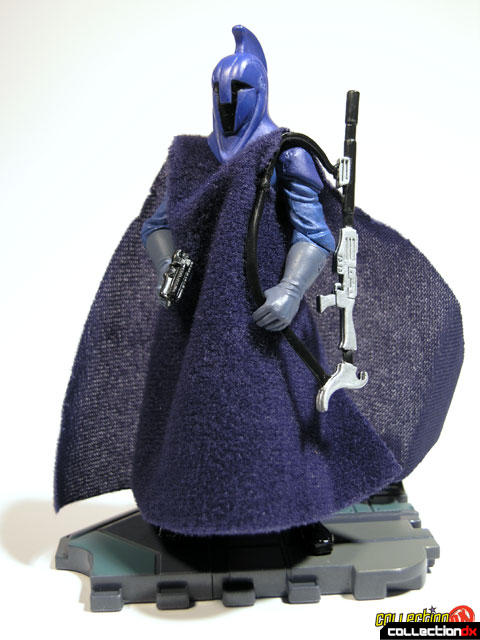 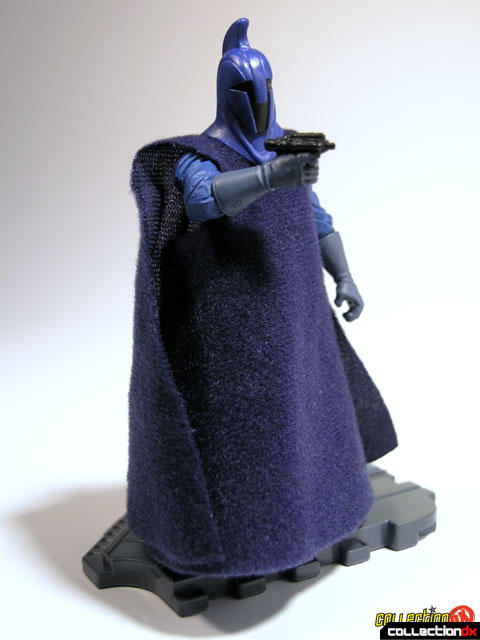 He comes with 12 points of articulation, cloth cape, pistol, and rifle. The pistol can fit into the holster on the figure's right hip. Articulation is great, and you can achieve a variety of poses. The included base provides support via a peg that inserts into the foot. 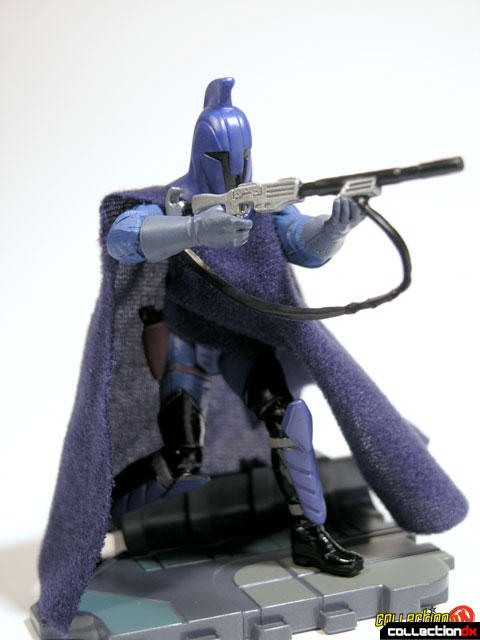 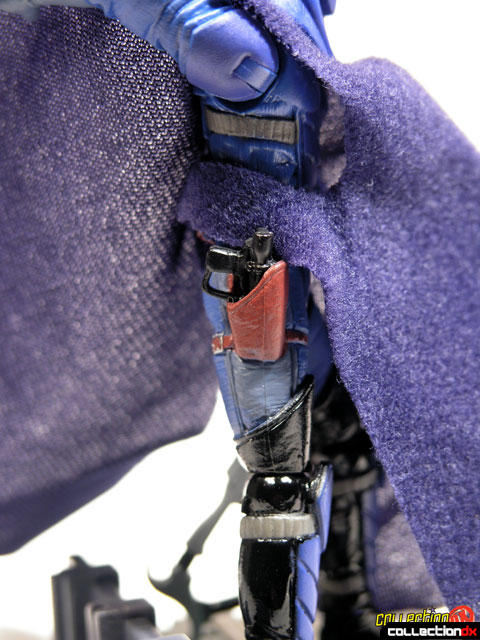 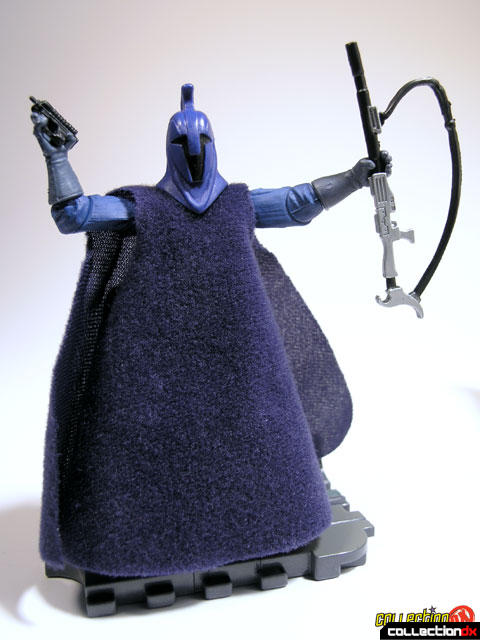 The paint and detail are just awesome on this. The suit under the cape is fully detailed and molded after suits shown in the Star Wars: Crimson Empire comic book series. Another case of the Expanded Universe having an effect on the official Star Wars universe.

There is also a red version of the Royal Guard that is very hard to find. Hopefully, it will receive a wider distribution in the future.