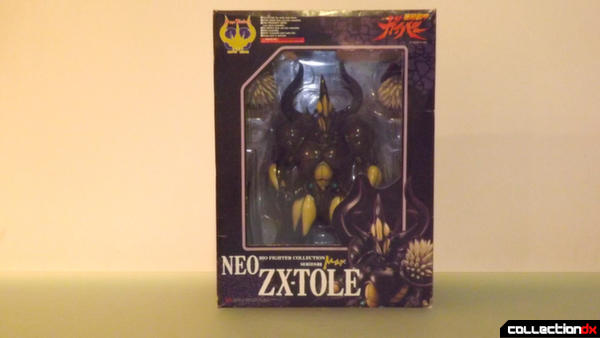 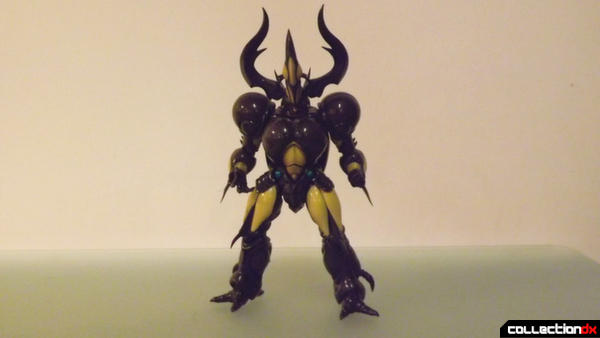 After the other members of The Hyper Zoanoid Team Five were killed by Aptom and Guyver 3, Zx-tole allowed Dr. Balcus to experiment and make him a "Lost Number" (a Zoanoid whose power can not be replicated) so he would be able to take revenge.

Neo Zx-Tole was given the abilities of all the members of Team Five at the expense of his life span.
His head crest look changed from a Rhino Beetle to a Stag Beetle with two movable pincers that allowed him to impale his enemies. 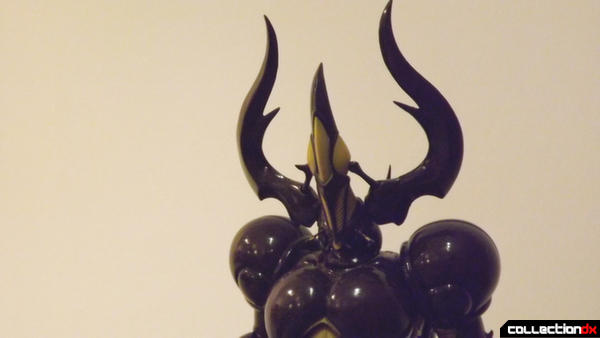 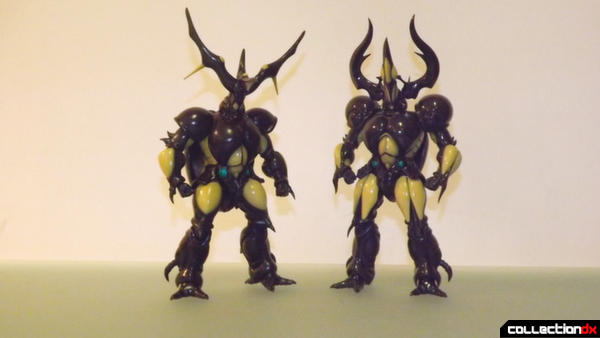 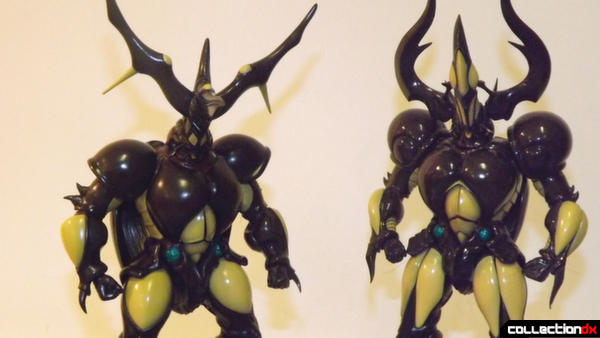 Neo Tx-Tole was given 17 Bio-Blasters over the 13 he had previously and each was far more powerful.

He has four Bio-Blasters in each forearm and thigh, which open in a similar way they did on the regular Zx-Tole.
The head beam is revealed by pushing the middle spike on his head down 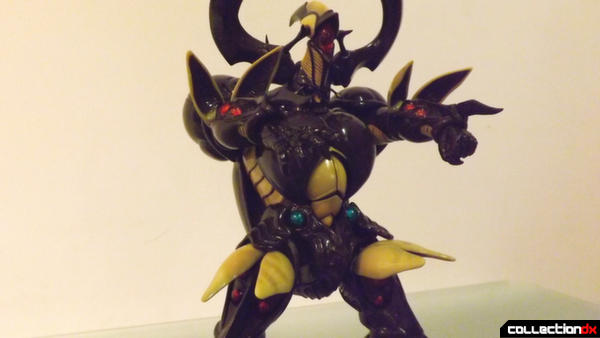 Neo Zx-Tole`s most powerful weapon is his Final Blaster Tempest which like the Zx-Tole figure, opens in his stomach by pressing the button on his back.

In the series Neo-Tole fired all his Bio-Blasters with his Stomach Blaster Tempest and gave off 100 million degrees and was powerful enough to destroy Tokyo. 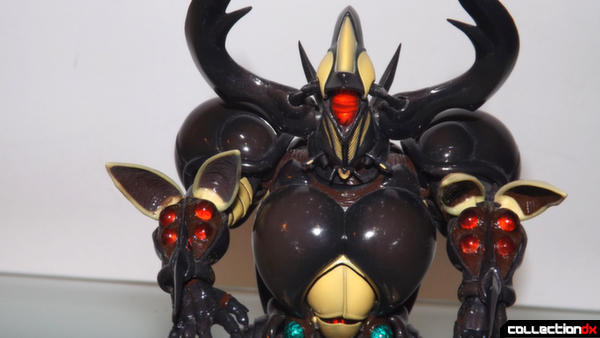 For accessories Neo Zx-Tole comes with two sets of hands, open and fisted, and a stand with a larger clip than other figures in the series.

He comes with two small and two large High Frequency Wave Vibration Blades attached to his forearms, these can be switched out quite easily as the blades are on square pegs.

The tips of these blades are very sharp, along with the tips of head crest, i've broken the skin a few times on these points. 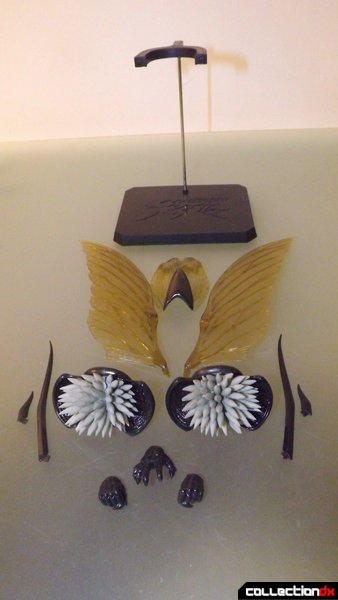 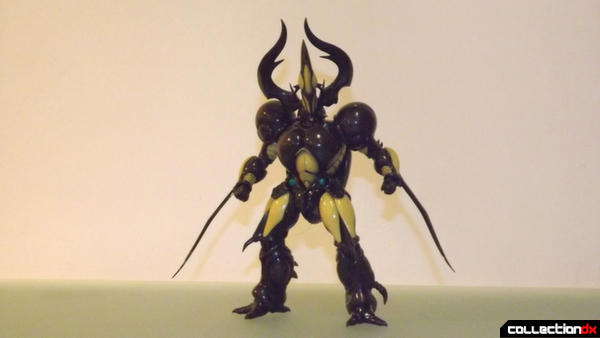 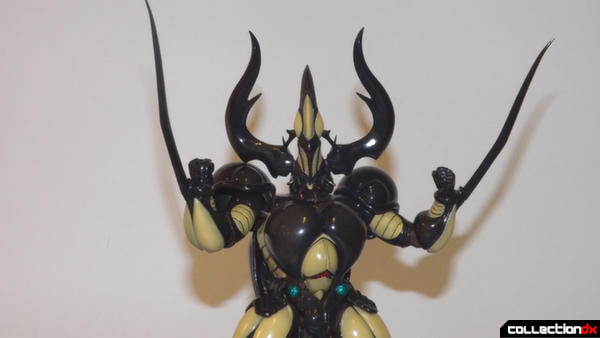 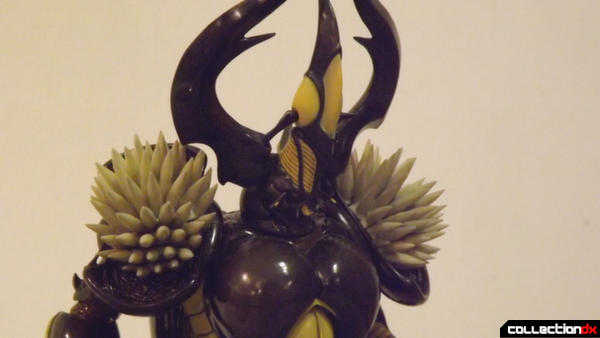 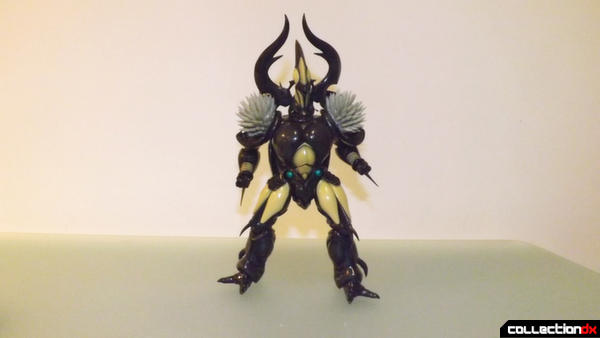 The final accessories are the same two wing sets that came with Zx-Tole, again closed and open.

The closed wings fit onto the back and are covered by the shell when not in use and fill in the space on the back. The open wings are the same as the ones released with Aptom and Zx-Tole, being clear amber plastic and having a wingspan of 15 inches. 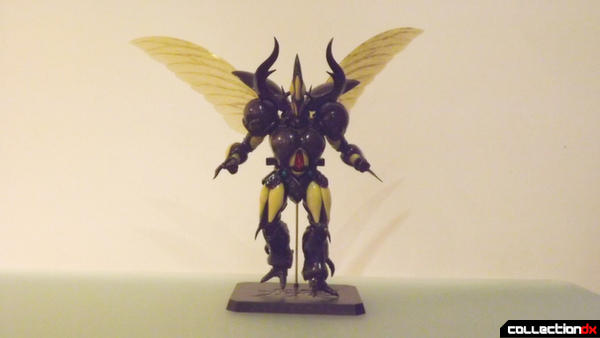 The figure stands at over 10 inches long to the top of his head crest.

The mold shares a lot with the regular Zx-tole, with only the head, forearms, shoulder pods and thighs being different.

I haven't had any of the problems I had with Zx-Tole with this figure and i've had Neo Zx-Tole for a few years. The figure is pretty posable with some parts of the design restricting movement, but that is faithful to the design. 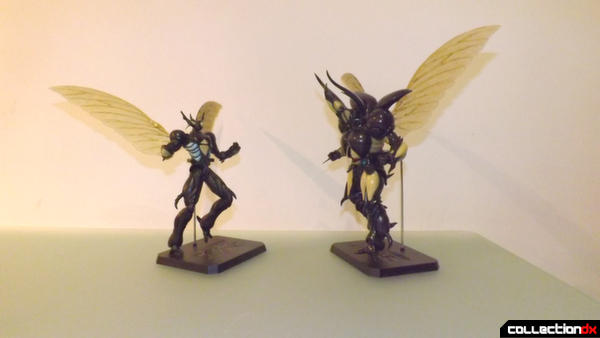 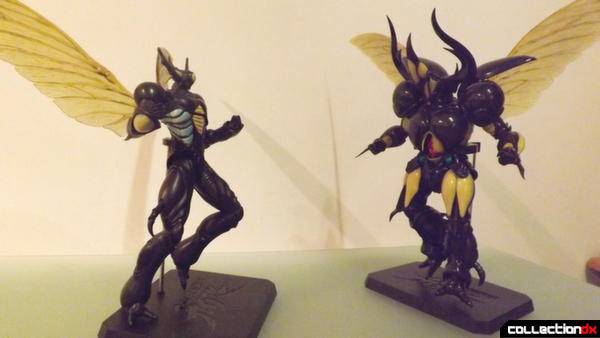 2 comments posted
with those shoulders that

with those shoulders that thing looks badass

It's interesting the comradre that the Hyper team had for one another. Once they started dying you really felt the loss through the remaining members, than finally just Zx-Tole himself.

You see the same thing with the Lost Unit.