If The Creature From The Black Lagoon is the best 12" Sideshow Monster out there, then this one ranks solidly as number two, in my opinion. Some might even argue that this one is better. This is an imposing figure, actually checking in at just over 13" tall, instead of 12. He's even taller on the included stand, which has a round base with the name of the movie it appeared in, "This Island Earth", on it. 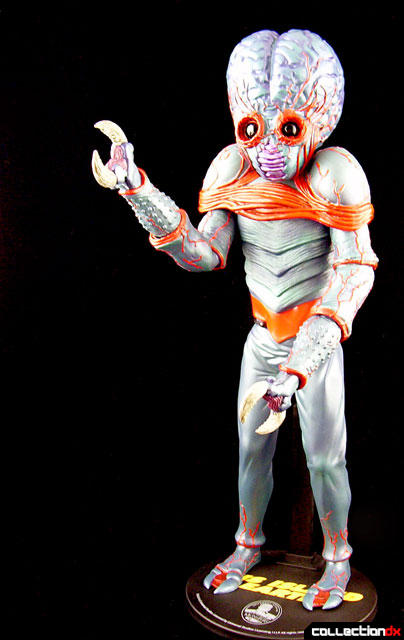 This toy is similar to the Creature one in that the head, shoulders, hands and feet are individually molded while the rest of the body is composed of a rubber suit. The sculpt on this thing is amazing as is the paint job. The head, in particular, is a real stand out. The oversized brain and glassy eyes make for a memorable looking monster. 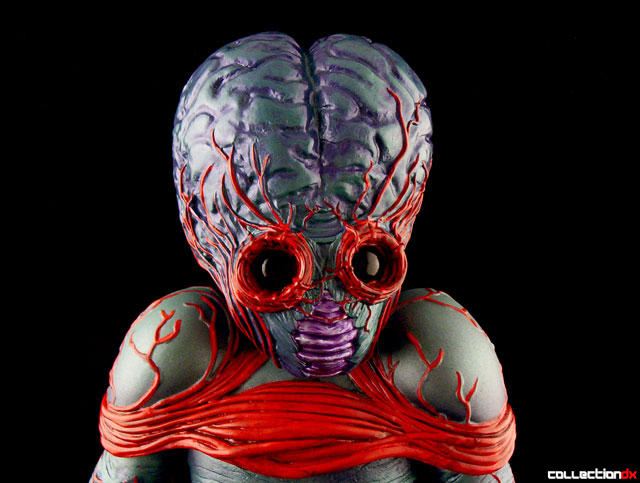 The reason I like the Creature toy better than this one is simply that it is much more poseable. The Metaluna Mutant is greatly restricted by the size and shape of the shoulders. You really can't raise the arms up high. The arms are double jointed, but the rubber suit makes it difficult for it to maintain a pose. Same thing on the legs. The rubber suit is a bit tighter against the skeleton here than it is on the Creature.

Once again, a beautiful full-color reproduction of the original theatrical poster adorns the front of the box and the toy rests snugly in a plastic tray inside. 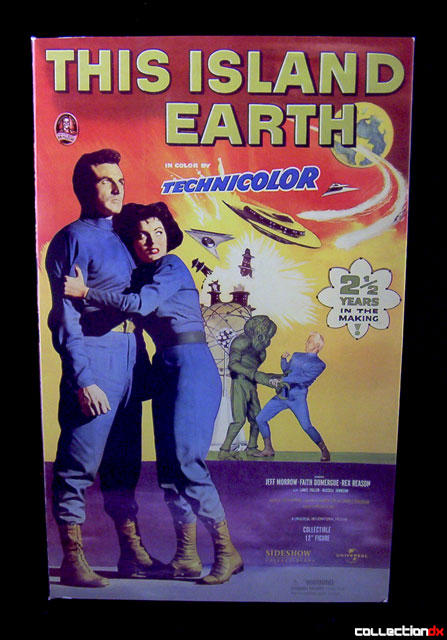 The Metaluna Mutant was released in two variations. The regular version was limited to 2,000 pieces. There was also a version sold exclusively on the Sideshow Collectibles website that was limited to 750 pieces and came with an extra accessory, a Metaluna spaceship. This is a great toy and another must-have for monster fans. 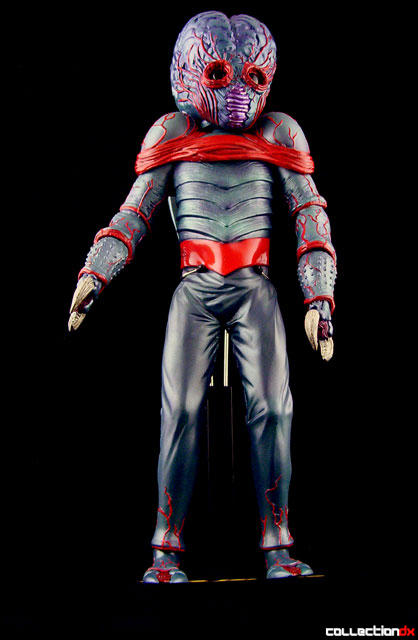 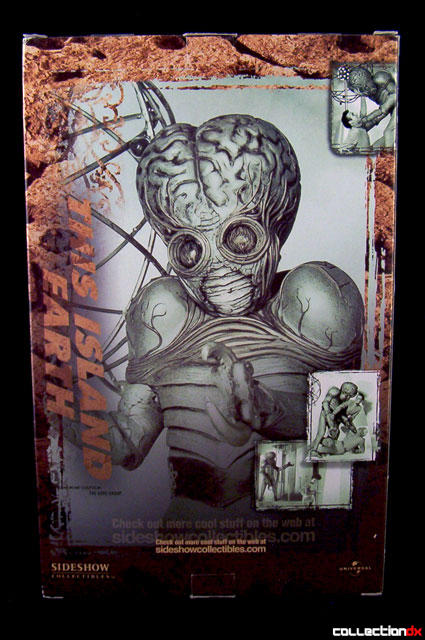 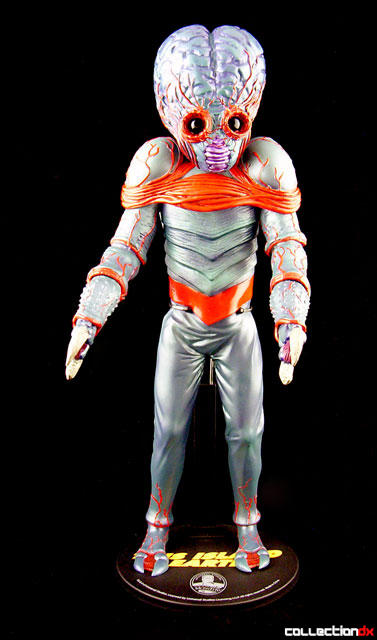 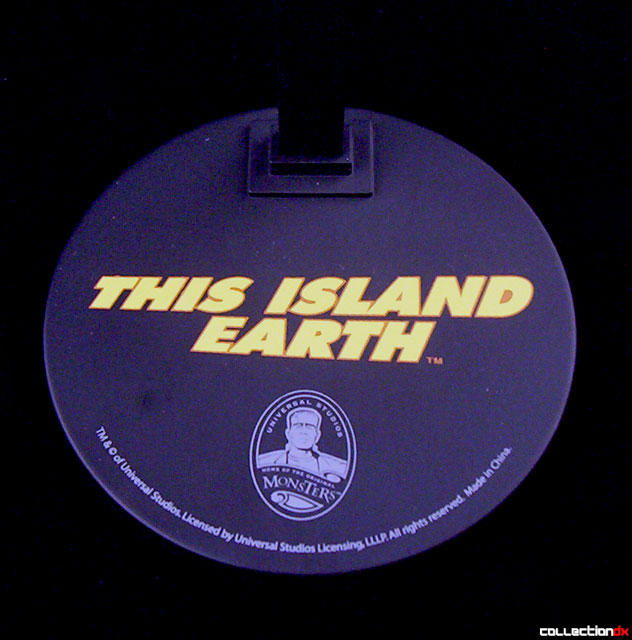 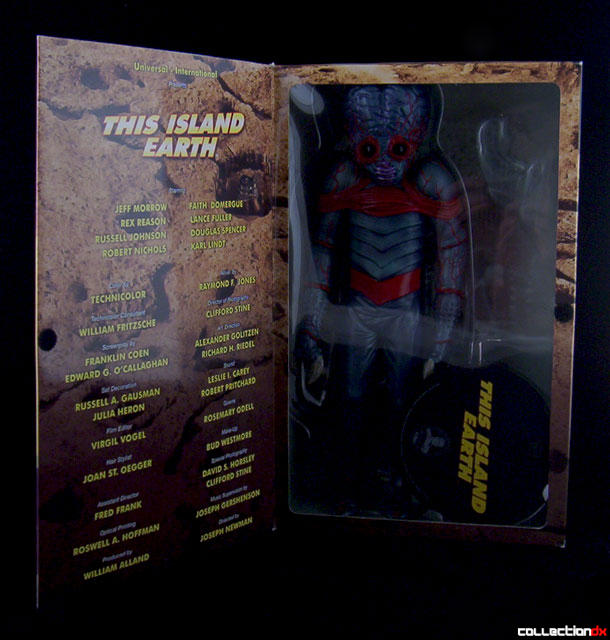