This figure is of Karen Onodera. She is the shy, timid character that’s prone to passing out from the 2003 anime Please Twins! This figure represents her in the episodes where the characters go to the beach. The figure here was release by Good Smile Company in 2005. 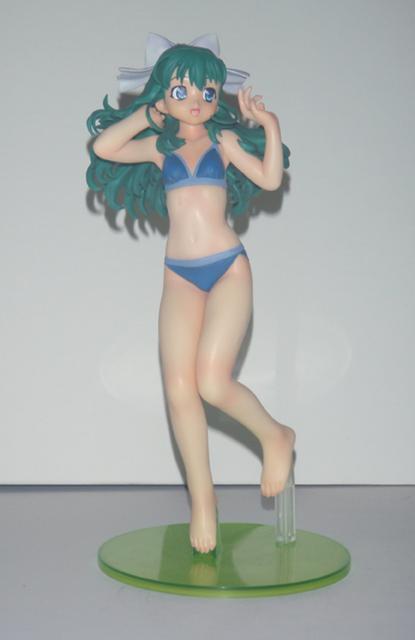 To tell you the truth, I’m actually quite cheap when it comes to non articulated PVC figures of moe girls. Although I usually stick with trading figures, I don’t mind getting some larger ones for $20-25. Some of them can be quite expensive, ranging from $40 to $70 and higher. That to me is way too much for something that really just stands there and looks pretty (for that amount of money, I rather just get a high end robot toy). 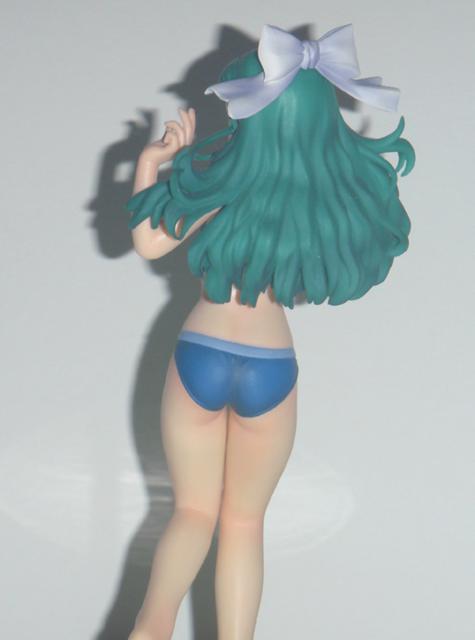 However, I just HAD to get this one even though it was $40. The character design is just beautiful and this one is probably the best looking one. There have been various figures of her over the years, ranging from very well done like this one from GSC and one from Kotobukiya to an absolutely hideous one made by Yamato (there’s a reason why that one despite being a couple of years old, can still be found on the market. People know a crap sculpt when they see it). 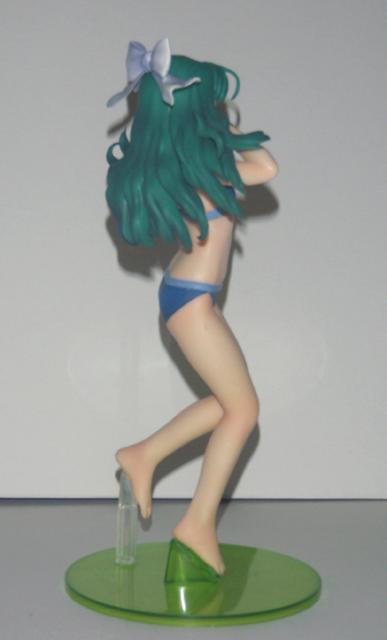 The sculpt on this one is quite stunning. The pose is dynamic but still compact that it can fit on your shelf with it taking too much space. The bikini she’s wearing is blue. Sexy and cute without being too gaudy or tasteless. Sometimes, simple is best.

The skin on her is nicely done. It’s the right color with having slightly pinkish areas sprayed on to give it a more realistic tone that adds to the adorableness. The face is nicely done as well. Again, compare this figure to the one Yamato did and you’ll see just how good of a job GSC did here. While this one actually looks like the anime character, the Yamato one is akin to one of those creepy kigurumi masks cosplayers wear. There appears to be a slight molding blemish on her torso. Probably just due to being it a mass produced figure but really it’s SO minor you’ll probably won’t care. 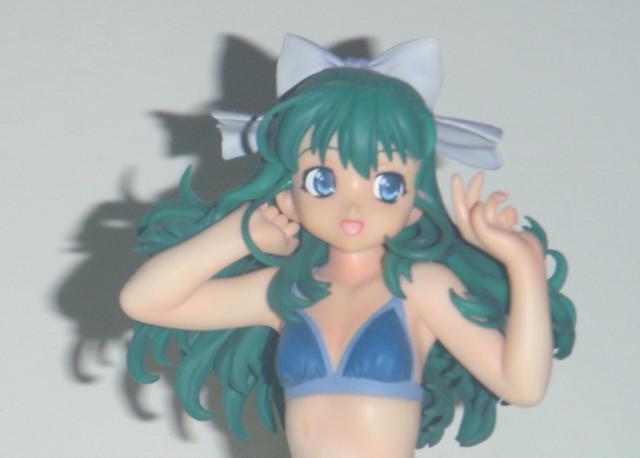 What I really like on this figure is the hair. It’s quite dynamic the way all the strands of hair are just curled in and out. As you can see, even her bow on her head is done dynamically. The stand she comes with is clear green (makes you think of sour apple hard candy). The piece that holds up her one foot is just colorless clear. 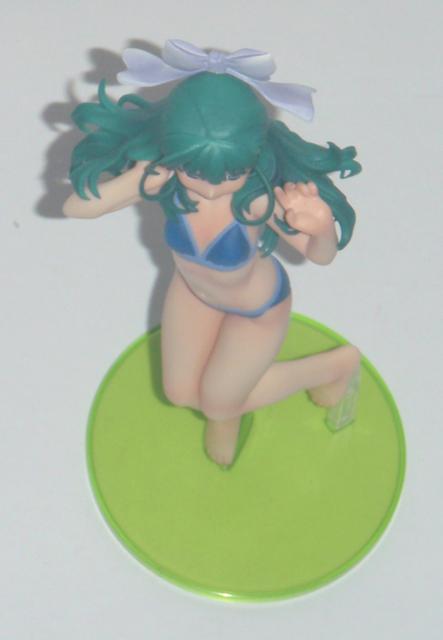 Overall I’m glad to get this figure. It’s really well done and worth the money since the work put into it justifies the cost. I got my over at HobbyLinkJapan but they’re sold out of it now so it may be hard to find on the market. Do get one if you’re a fan of the character or just want a nice figure that’s pretty. 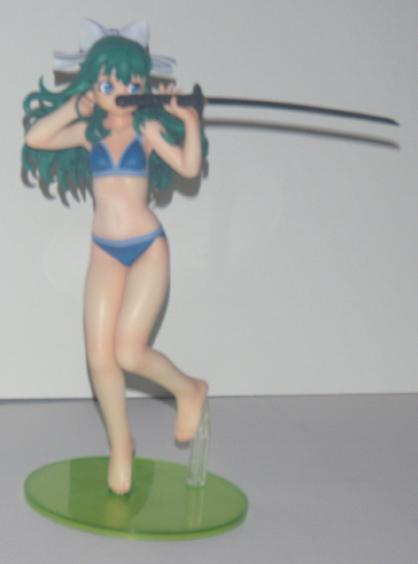 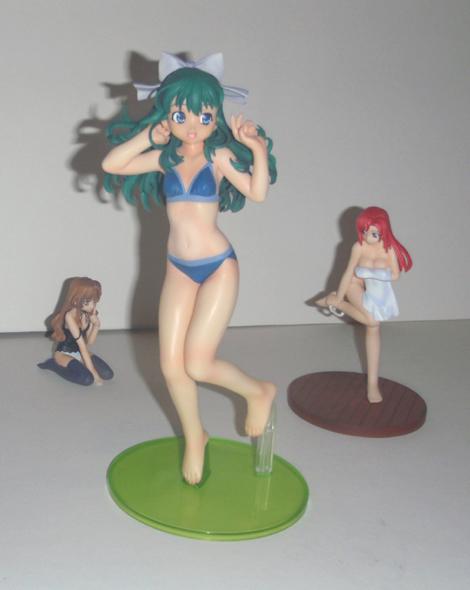