After Josh did his write up for Sam of the line, I decided to check these toys out for myself.

Jet Siegel: The hot-headed pilot of the Motoraptor. Jet lives for the thrill of action, and his fierce competitive streak often leads to friction with his teammates. But Dispite his hot temper Jet has a strong sense of right and wrong and isn't afraid to take risks to rescue those in need.

I ventured to Toys R Us and found these two at a reasonable price. The "Gild Suit" figures are well crafted in Bandai's soft grade plastic (same stuff used for their Gundam action figures) and the Motoraptor is done in Bandai's high grade plastic. 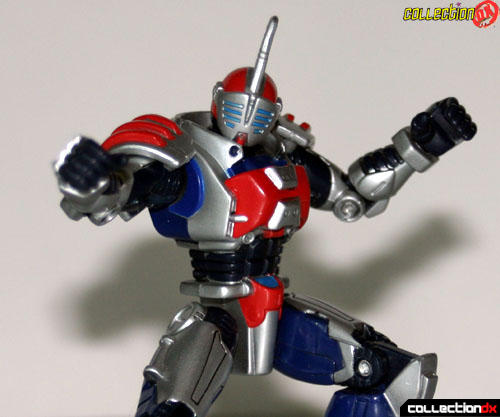 The quality of the figure is really good. Detailing at such as small scale has never been a problem for Bandai, especially after their record of Gundam MSiA (mobile suits in action). Articulation surprised me by how much was packed into these figures, 18 points without fear of wear and tear. The only thing I find lacking is a waist joint of sorts and being able to rotate its arms at the shoulder. Other than that the figure is really nice. 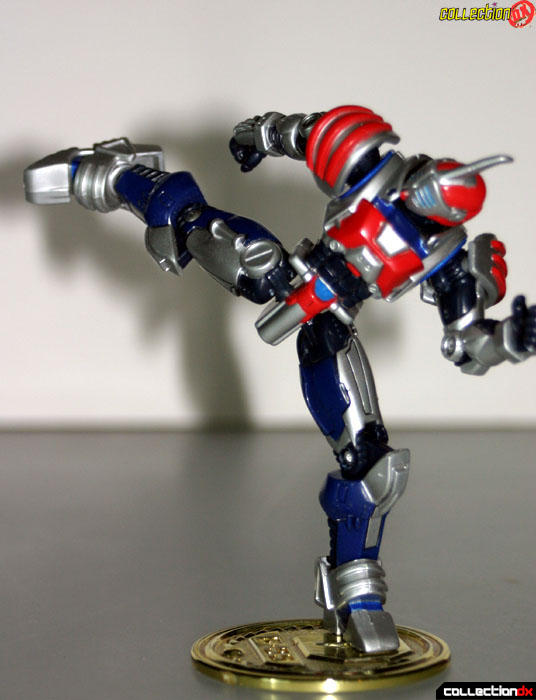 The accessories that come with Jet are a double barreled weapon of sorts and what I think looks like a fire extinguisher. One of the peeves of "kid friendly" weapons is that you never know if these things are for killing, trapping, or tickling. Jet also comes with a gold plated "D F-99" base like the other figures in the line. 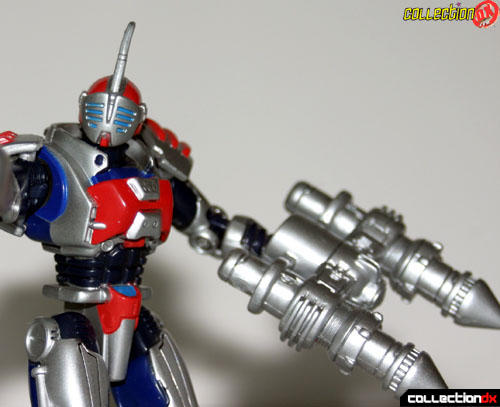 The long story short, Jet is the first action figure I've gotten since the first generation of domestic MSiAs! At a price tag of $4.95 the figure is at a good price compared to any Star Wars figure of the same size. The difference though is you've got a figure with at least three times as much articulation and more character worthy details. Highly recommended for you vehicle/bot nuts! The only bummer is that his vehicle comes separate.