I picked this particular figure up at my local Target and both Destro and Longshot had a red blinking light going off in the package. No other figures in the series have this and I have only seen it this once. There appears to be no use for this as far as an accessory to the figure and have not seen any other figures at any other time with this display gimmick. 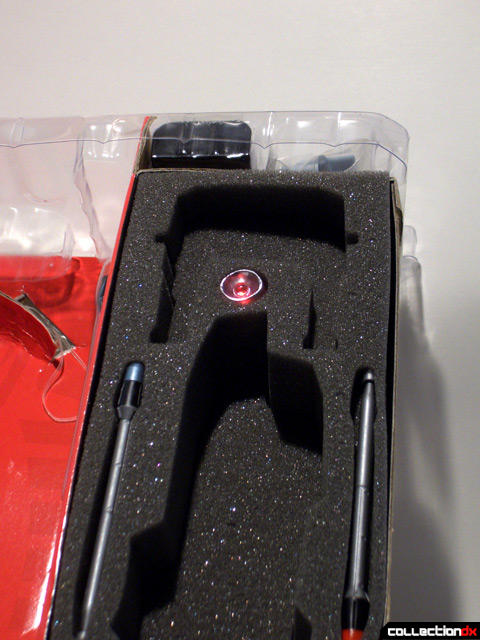 It strikes me as odd that this figure which runs $14.99 is not only packed with the blinking LED but the batteries to power said LED, while the Dragonhawk which runs 34.99 to 39.99 requires you buy your own batteries. Go figure…. 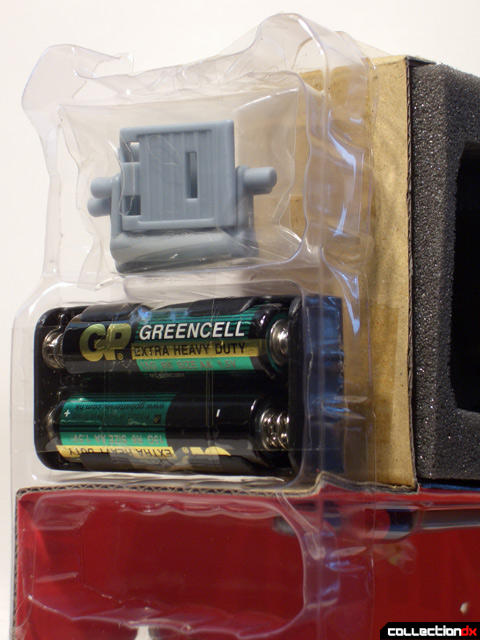 Other than the blinking light the packaging is the same 14.99 price point style with top and bottom of the package coming together to form a weapon footlocker. 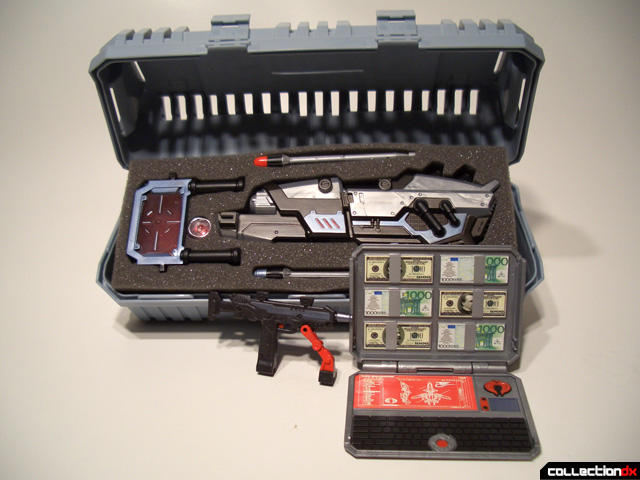 The figure stands 9 inches tall, making him a head taller than the average Sigma 6 figure, and has fifteen points of articulation. Just like the other Sigma 6 figures the quality, detail, and finish are excellent. 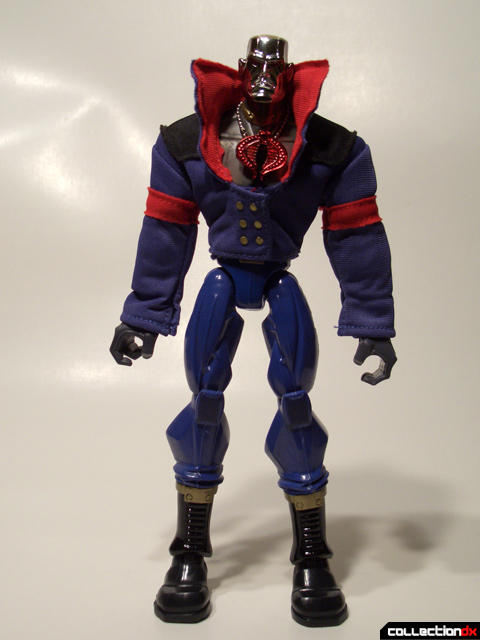 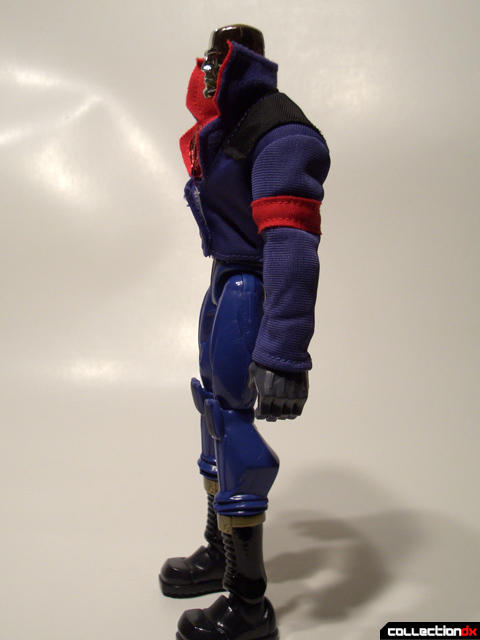 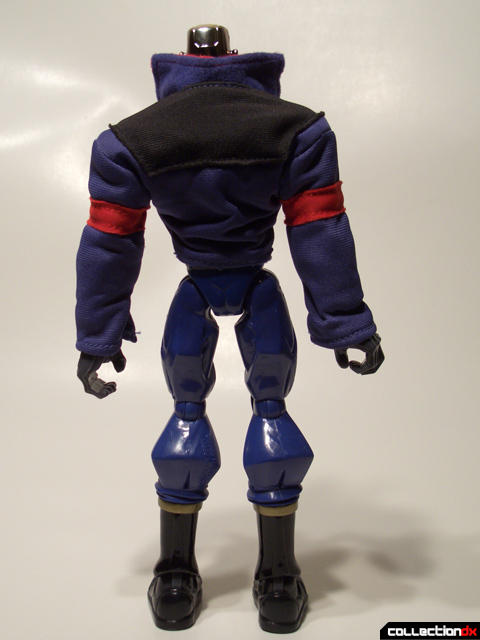 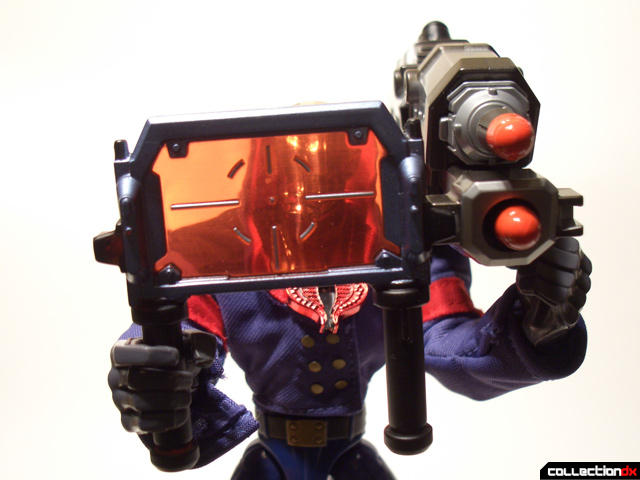 The suitcase with hidden Uzi is neat and reminds me of the classic Destro figure which also had a suitcase with pistol in it. Nice touch and excellent detail inside the case. 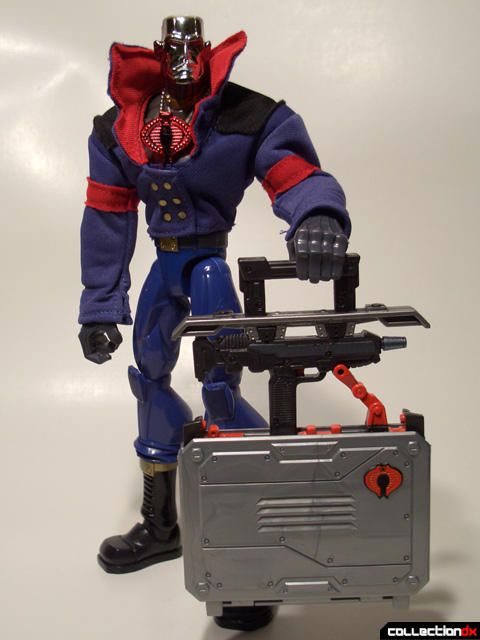 The firing rocket launcher strikes me as a bit generic and while it does fire two missiles it doesn’t have any “recoil” effect as advertised on the package. It doesn’t suck but it just doesn’t wow me either. I think however a kid would be just fine with this. 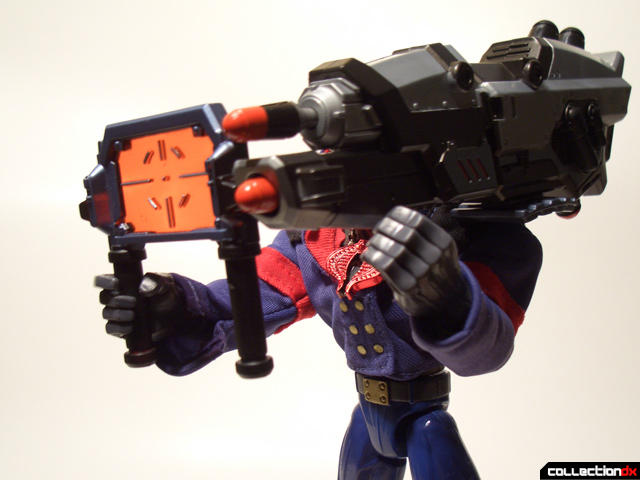 The chrome on Destro’s mask appears to be actually molded of the chrome stuff and not painted on. It looks as if it will stand the test of time or rub off. 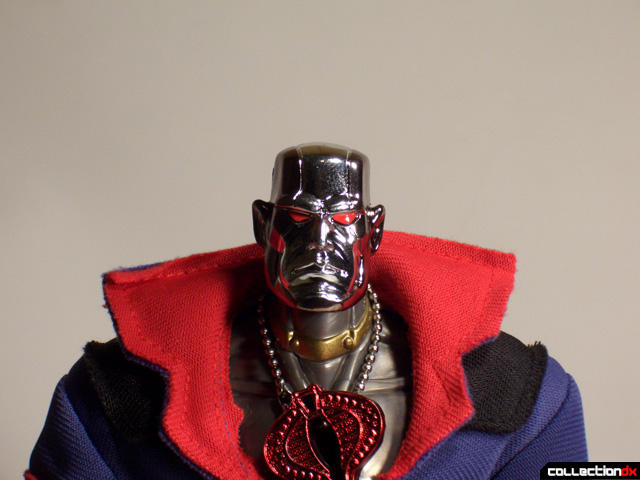 I must say this was probably my first real disappointment in the Sigma 6 line. It’s not a bad looking figure but the accessories are a little underwhelming so I can’t give a wholehearted recommendation. But if you’re a Sigma 6 fan or your kid is go for it, otherwise, it’s probably a pass.

Agreed. I don't collect these, but this one seems to be the worst that I've seen you review. A shame to, since the old Destro was such a great character. This one looks like a skinny legged, blinged out Mr. Sinister to me.