The Omega Megazord is the latest Deluxe Megazord released from Power Rangers SPD. This toy has been out in Japan for some time, under its original name, the Dekabike Robo. The two toys are substantially different.

First let's look at the US version.

The Omega Megazord can transform from Motorcycle to Megazord. In Megazord mode, it features very little articulation (shoulders and head only). Although the toy is a brick, it has some interesting features and innovations.

The motorcycle mode (Omega Max Cycle) is not bad. It wheels around on a giant front wheel and 2 small wheels on the side panels. On its own, this toy is mediocre.

Even cooler is the second combination - the Delta Max Megazord. This transformation involves a radical disassembly of the two robots. The parts are completely rearranged to create this towering beast.

The resulting Delta Max Megazord is ENORMOUS. It's a little top-heavy, so those foot tabs come into play here. Things stay in place pretty good, but the back assembly can be fidgety, and prone to falling off. The electronics still work in this mode, and light up additional windows from the Omega Megazord.

So what is different between the US Omega Megazord and the JP Dekabike Robo? Well, I do not have the JP version yet, but looking at the pictures, this is what I can see:

Not a terrible transition, but the big glaring difference is the shoulder armor.

In all, it's a great toy, but be sure to also get the Delta Squad Megazord - without it you are missing out on so much. 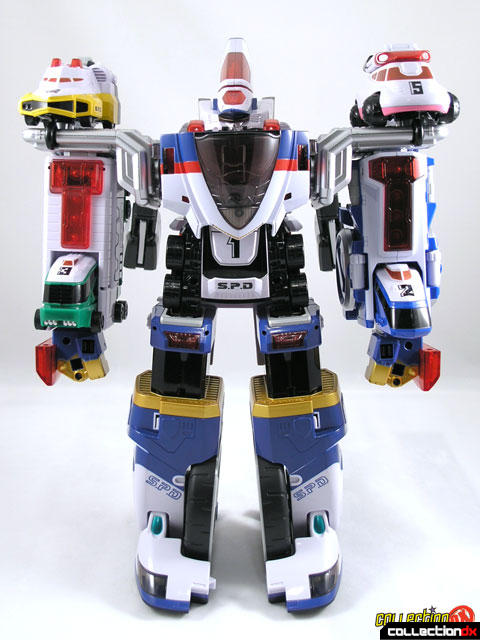 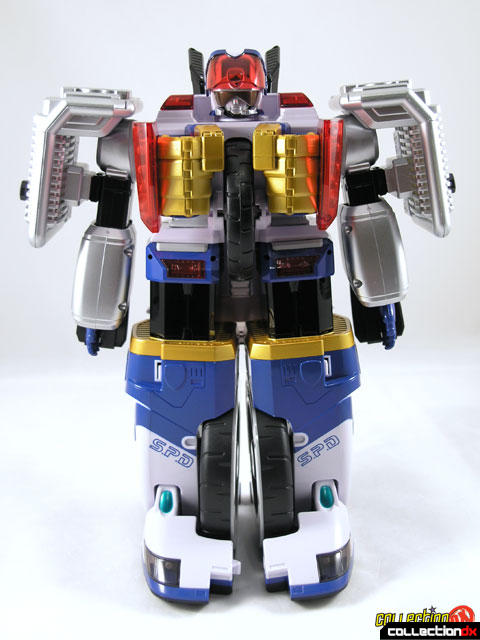 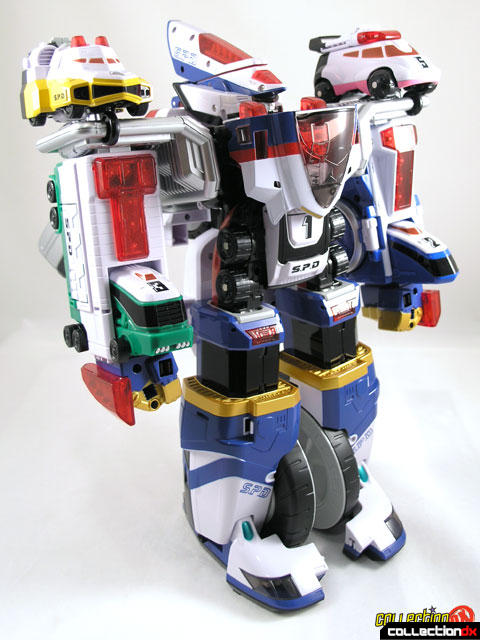 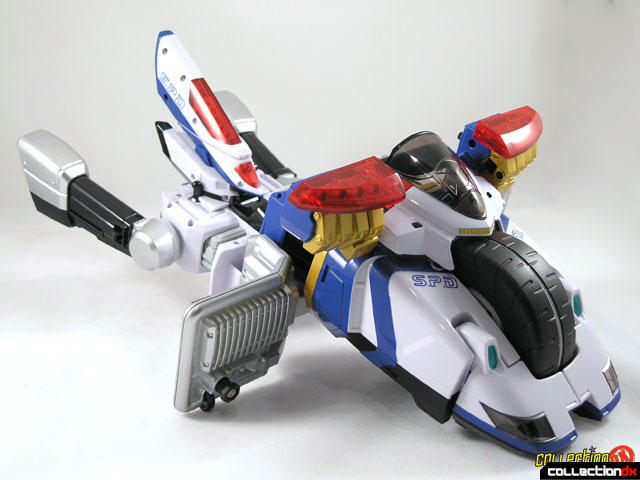 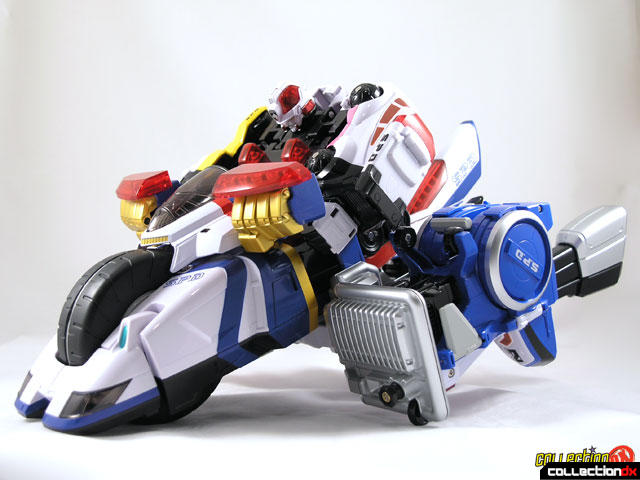 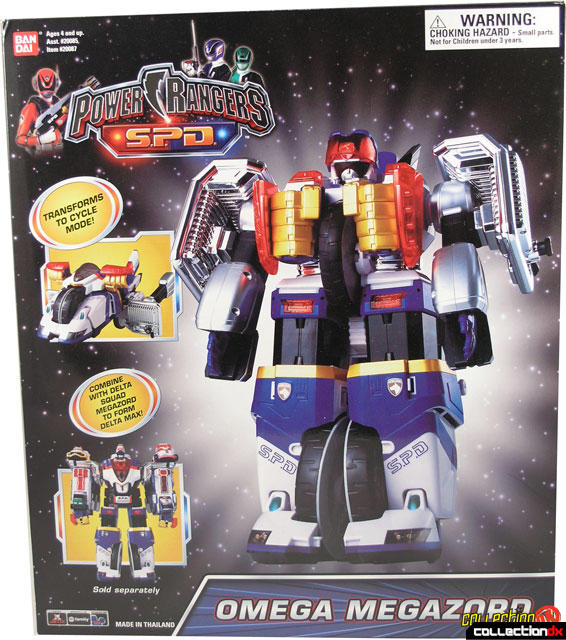 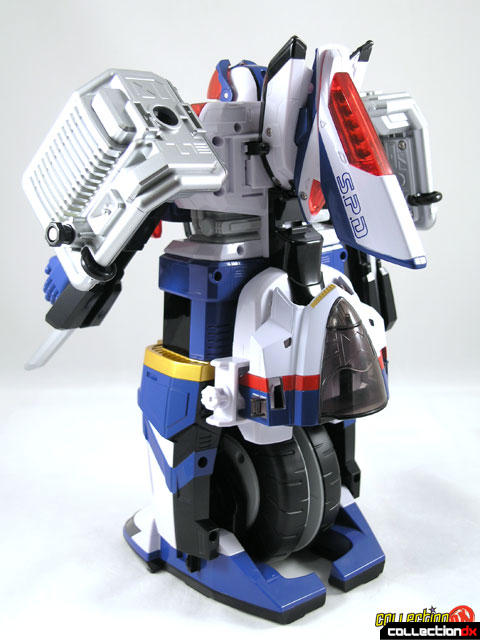 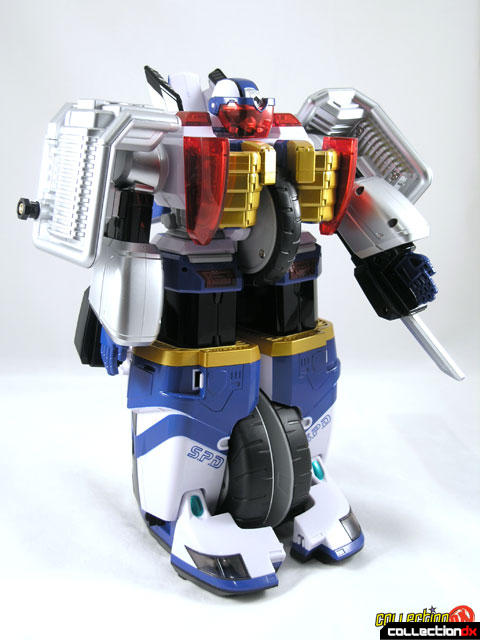