In the show, Cobra Commander is using mysterious power stones to fuel his tools in his quest for world domination. We learn at the end of the first season his suit is powered by a power stone to make him stronger and generate an energy shield and weapons. 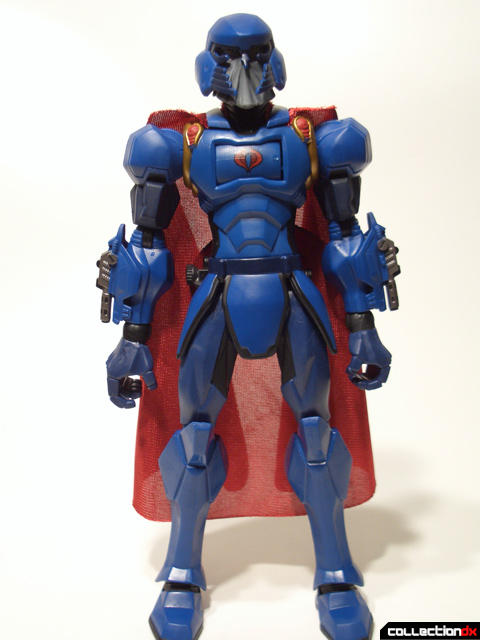 The figure really does replicate all the things that he does in a showdown with Duke from the end of the first season without being gimmicky. 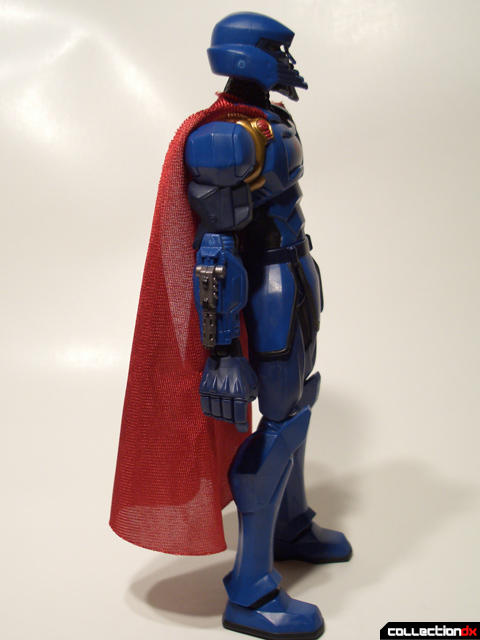 Being a Commando series figure the top and bottom of the package form the now famous weapon footlockers to store extra accessories. 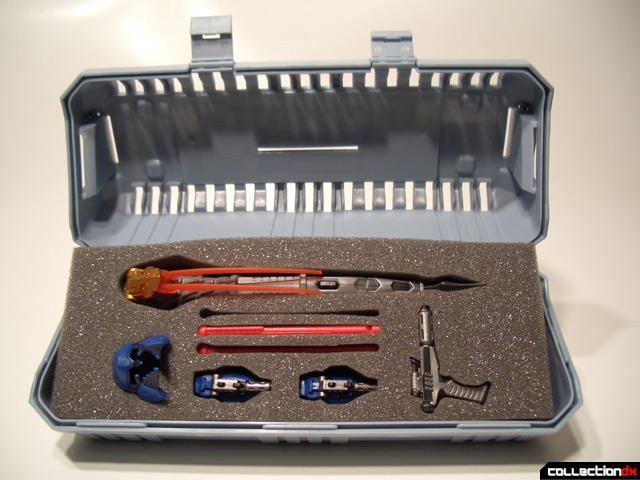 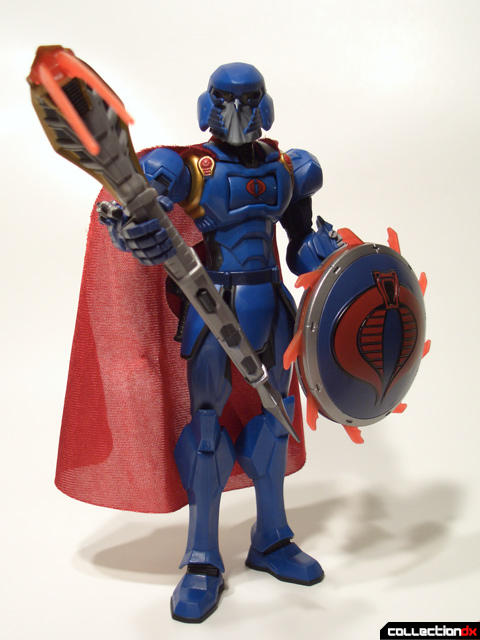 The staff doubles as an energy sickle and fires missiles out of the top. 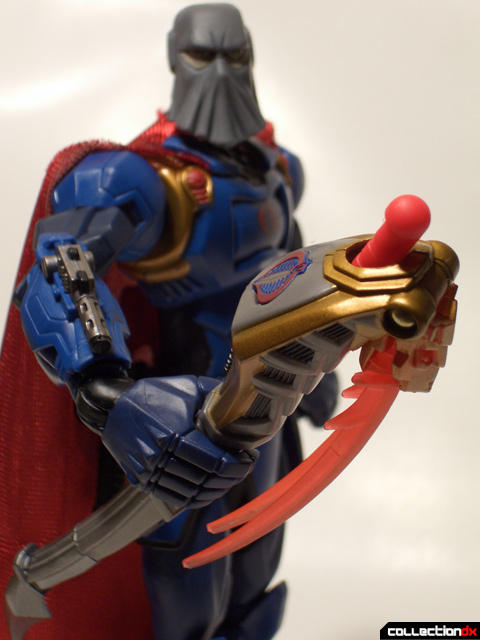 The dagger can be hidden in the shield. 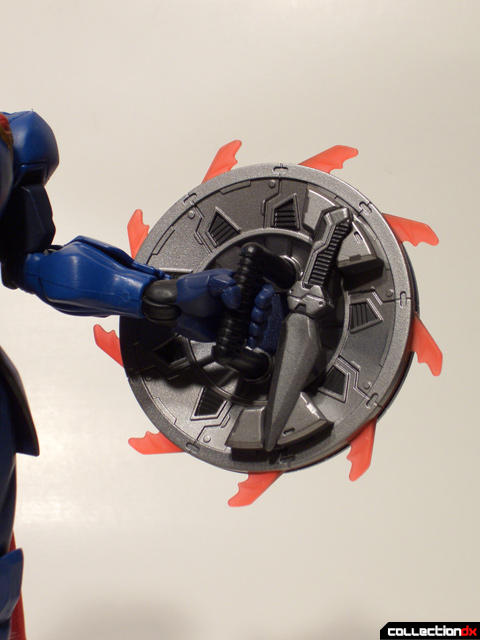 The gun goes in a back holster hidden by his cape. 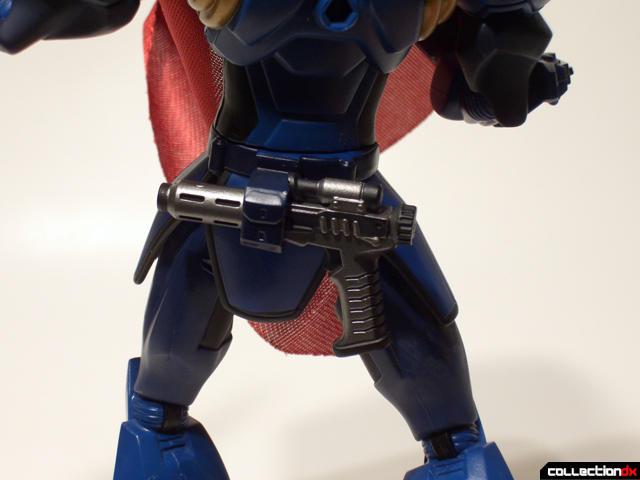 The cape is cloth and has a beautiful Cobra logo on the back. 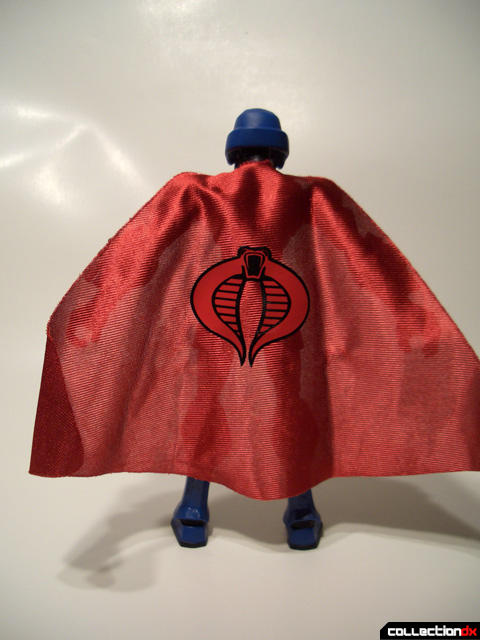 The helmet is removable, though the hood only looks a little bland. 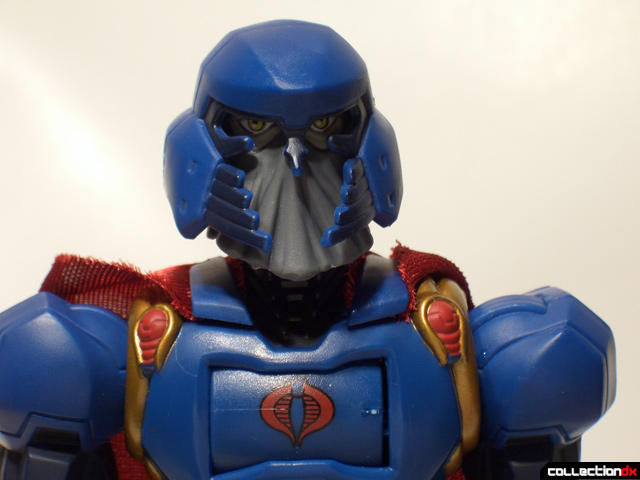 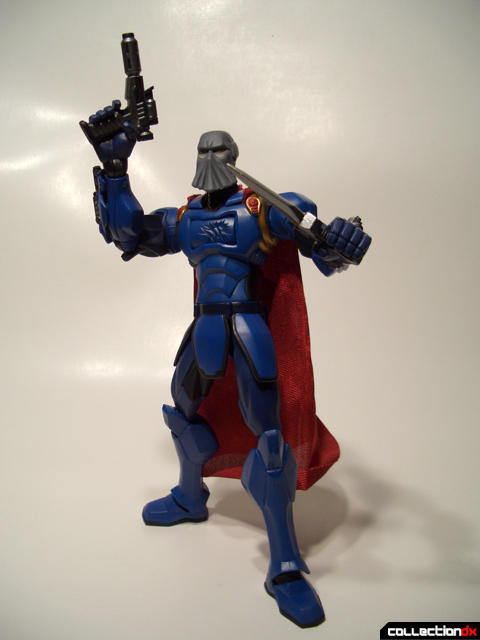 The figure sports a rotating chest to display various stages of battle damage. 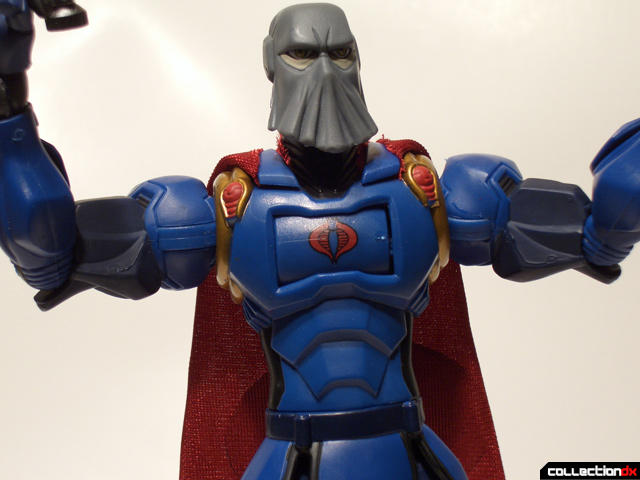 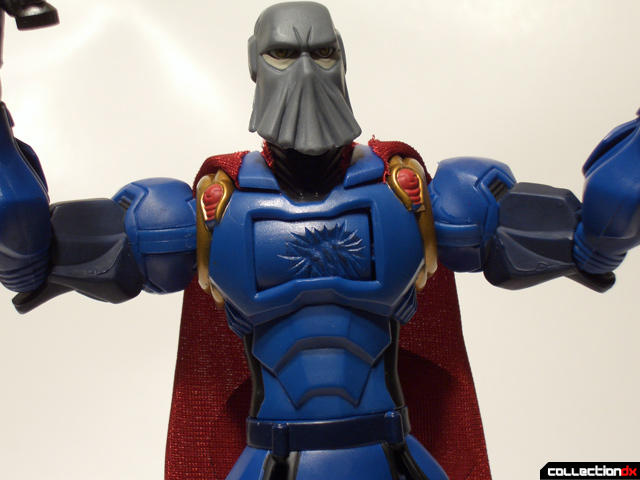 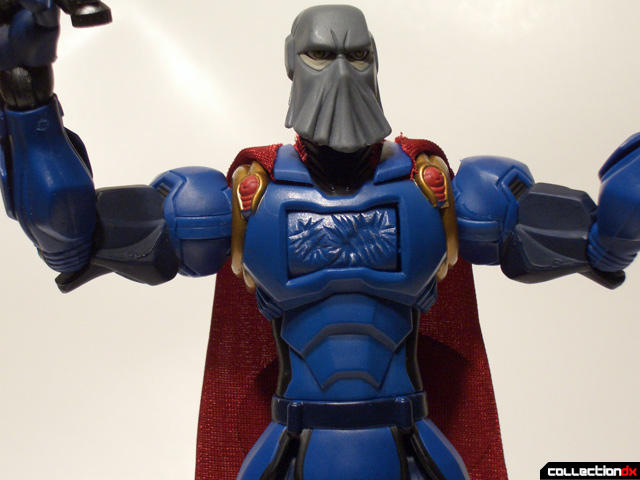 He has 14 points of articulation, painted on detail which looks neat and clean, and nice tight joints that click. It is a solid figure all around. Once again Hasbro delivers a fantastic toy that adult collectors and kids will love. Grab one when you can.