Anakin’s Jedi Starfighter was released in 2005 as a sneak preview to the Revenge of the Sith line. 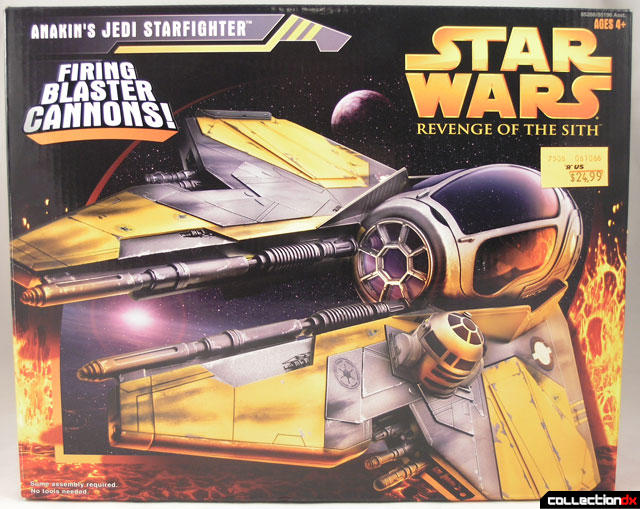 At the time, we were having trouble with my almost 4-year old son with going to bed. He would not sleep in his own bed for anything. At last, we resorted to bribery. I told him, if you sleep in your own bed, I’ll get you a toy. When asked what he wanted, he said a “Star Wars Ship”.

So off to Toys R Us I went on my lunch hour and this was the only vehicle they had. I picked it up, and began to rummage through the pegs to find a suitable pilot. Anakin was nowhere to be found. All there was were figures that couldn’t even fit in the cockpit – droids and aliens. The only figure I found that would fit in the cockpit – LOBOT.

Do I win lame parent of the year, or what?

That evening, when I came home from work, he ran to the door and asked what I had got for him. Of course, he went mental when he saw Anakin’s Starfighter. Before I had a chance to take my shoes off, he made me assemble the toy and put on stickers. “Thank you daddy!” he said, tore it out of my hands, and began flying around the room with it. He even liked Lobot, although he got lost pretty quickly. 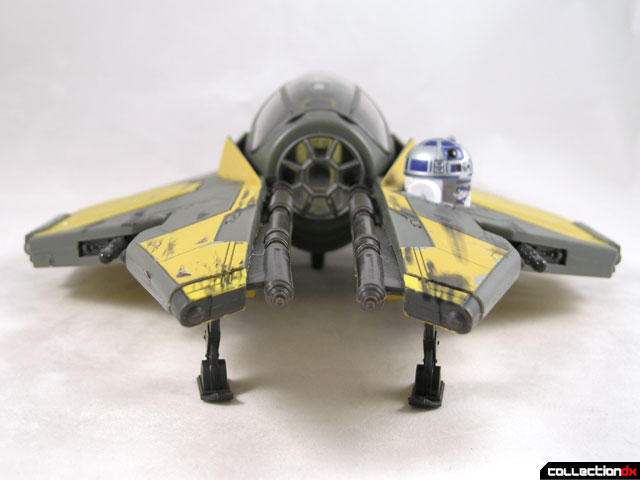 After he went to bed (in his own bed, incidentally), I brought the ship downstairs and took some shots of it. 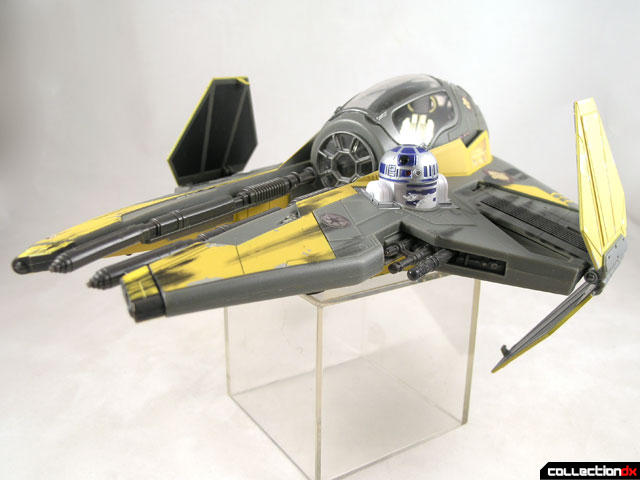 It has been a long time since I handled a Star Wars vehicle, and I have to say, I was pretty impressed. The ship features an opening cockpit, wings that pop open, retractable landing gear and missiles that really shoot. There is a space in one of the wings for an R2 unit – a plastic dummy piece is included. Supposedly you can fit a full-sized R2 in here, but I couldn’t get mine to go in. 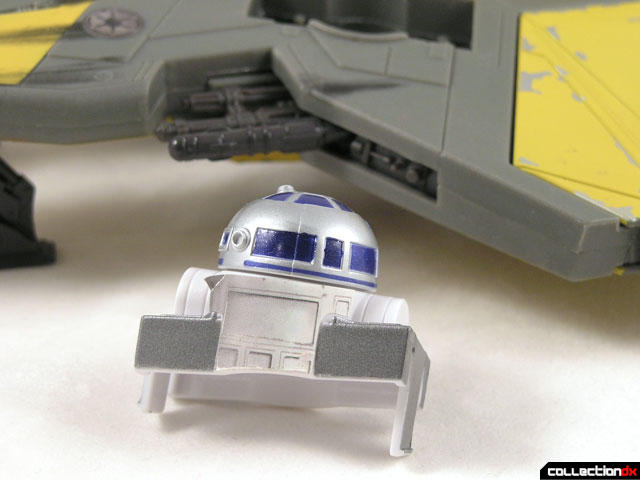 The wings are activated by a lever between the engine nozzles. The wings spring open with a good amount of force, and click back into place. The missiles are activated by buttons on the back of the wings. These missiles are spring loaded and are not the common friction-type. The front landing gear folds into the body, but the rear just rests on a part of the ship. 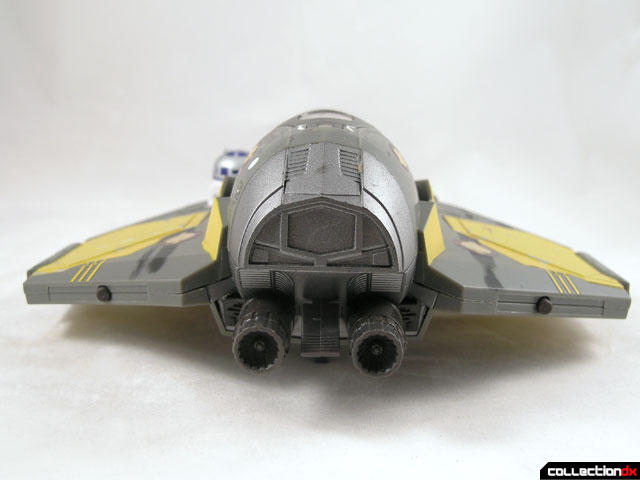 Also included with the set was a sticker sheet. Certain stickers have assigned places, but there are also optional battle damage stickers to place wherever you want. 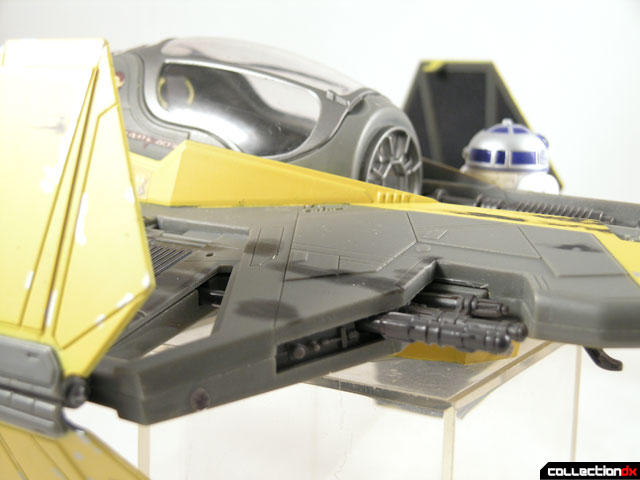 Anakin’s Jedi Starfighter is a really fun little ship, but I wish Hasbro would have included an Anakin figure with it. I really felt kind of lame bringing home Lobot for my son, but he didn’t care, he was just happy to get Star Wars toys.