Bandai America Incorporated anticipated brand new line of Power Ranger all-terrain vehicles (ATVs) will soon hit the streets, following the debut of the vehicles on the popular Power Rangers Dino Thunder television series on May 22, 2004. The new toy vehicles are modeled after the ATVs appearing on the popular series for the first time ever. 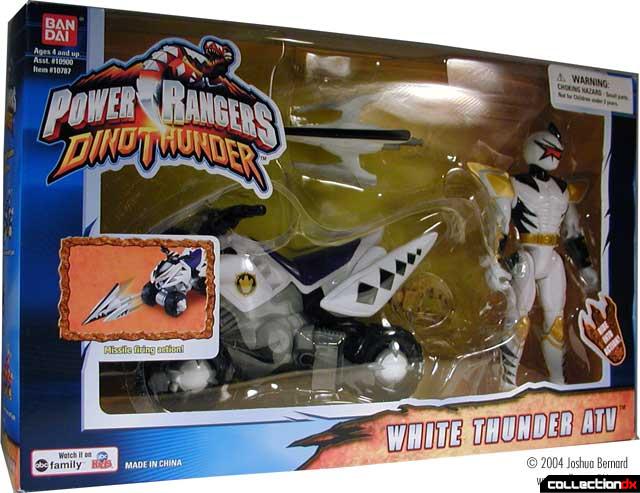 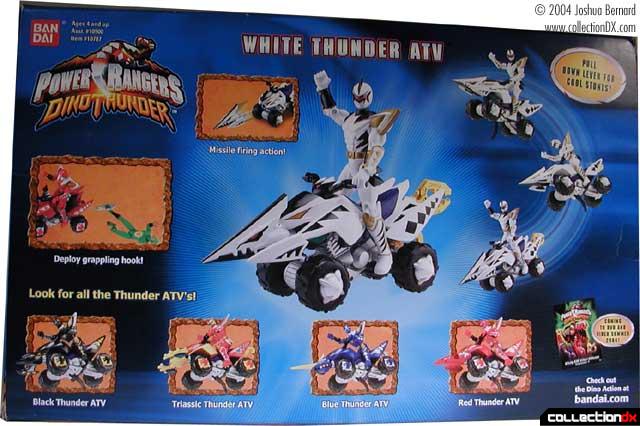 New to the Power Rangers lineup this year, each ATV includes a 5-inch action figure and features missile-firing action and a grappling hook and chain that can be deployed through the rear. The toys appear on shelves in August with a suggested retail of $9.99. 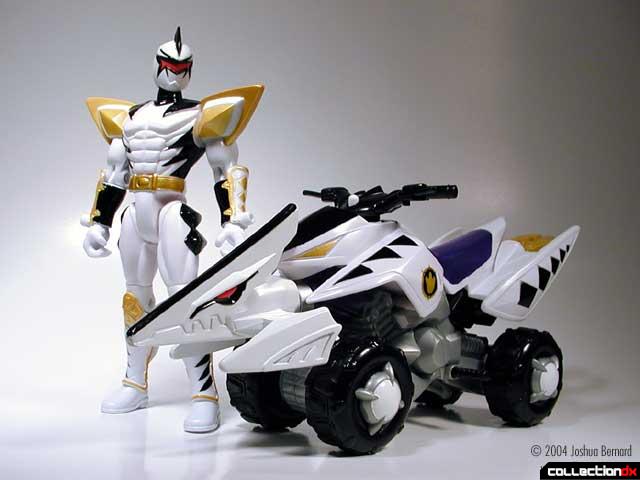 The figure is your standard Bandai Power Ranger figure, with added articulation in the knees for sitting on the bike. The figure is nicely sculpted and detailed. 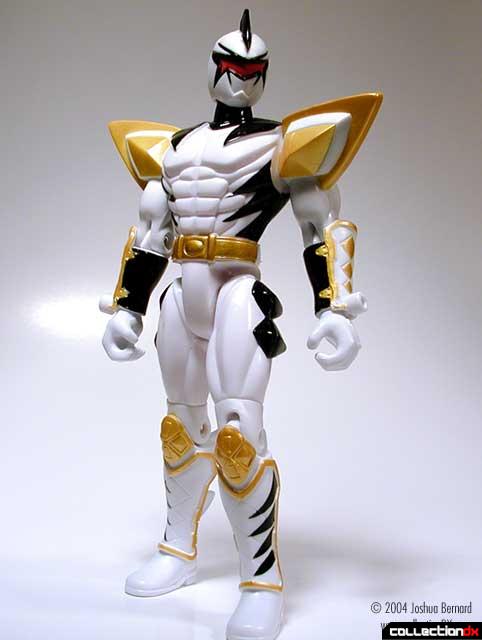 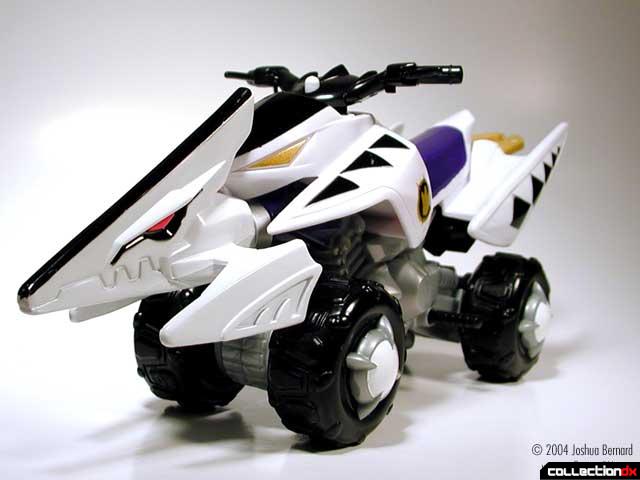 The ATV features a powerful shooting missile - the whole front of the ATV. You can definitely get some good distance with it. The wheels are solid rubber and give the ATV a satisfying weight. There is no friction motor or pull back mechanism, which is kind of disappointing. The grappling hook stores below the seat and pulls out easily. The jaws on the hook do not open and close, but they do securely hold a figure if you want to drag them around your room. The chain is a solid molded piece of plastic. 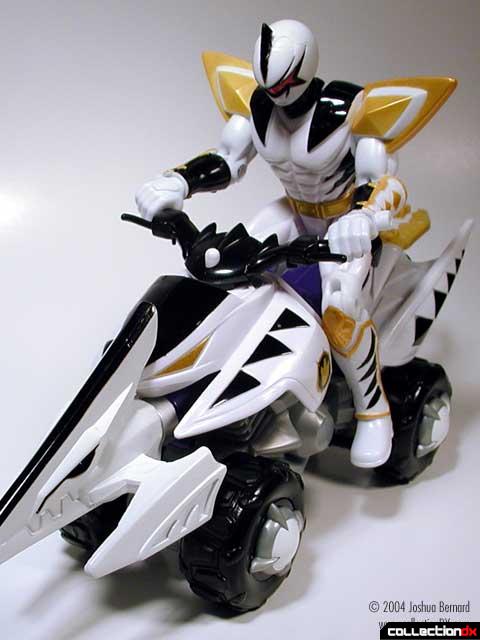 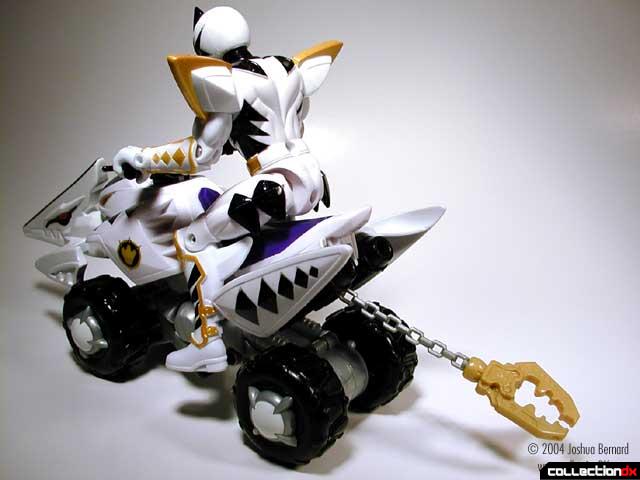 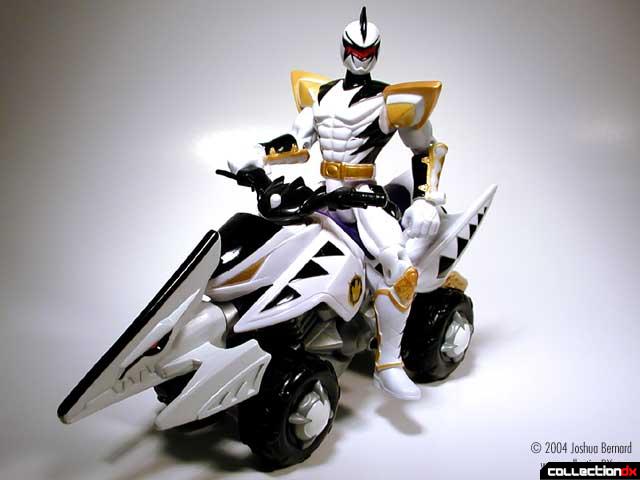 There is also a black bar that you can unfold on the bottom that is supposed to create "Cool Stunts". What it does is really just prop up the front for a "Wheelie mode".

For the price that these are being offered, this is a great toy, and kids are sure to love it. Older collectors will find the lack of a motor and non-articulated chain a bit disappointing, but it will still make an excellent addition to your collection.