So much has been said about the 1/48 Valkyrie's from Yamato, that I don't really see any purpose to this, other than being a supplemental review. This is the Miria Fallyna version from the SDF-1 Macross T.V. Series.

I purchased this Valkyrie about a year ago, and this is the first time (this review) that it's been transformed to Battroid mode.

As always, this 1/48 comes in the Yamato standard window type box, with a flip lid design to expose the toy. It's blood red in color, and features the same photo-shop images of the actual toy. 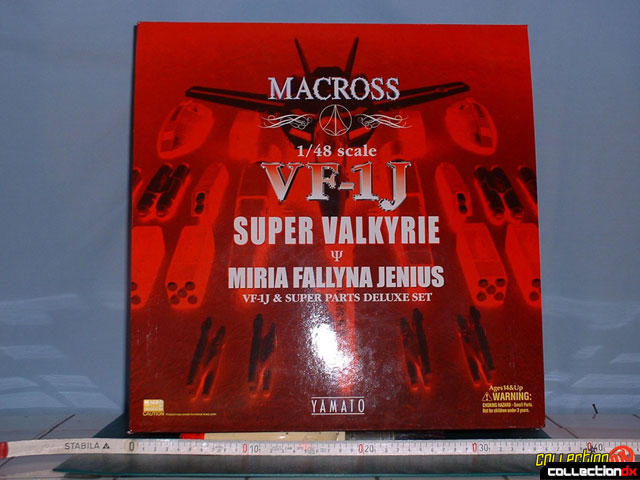 Compared to previous 1/48 releases, the Miria VF-1J is packaged with the T.V. Version Super Pack and Armor add ons.

To make it clear, the Strike Cannon (RO-X2A high-powered double-action beam cannon pod) only appeared in the 1984 movie (Macross: Do You Remember Love?), not the T.V. Series, so this version only comes with the HMMP-02 micro-missile pods. If you want the Strike Cannon, you'll get the 1/48 FAST Pack Set. 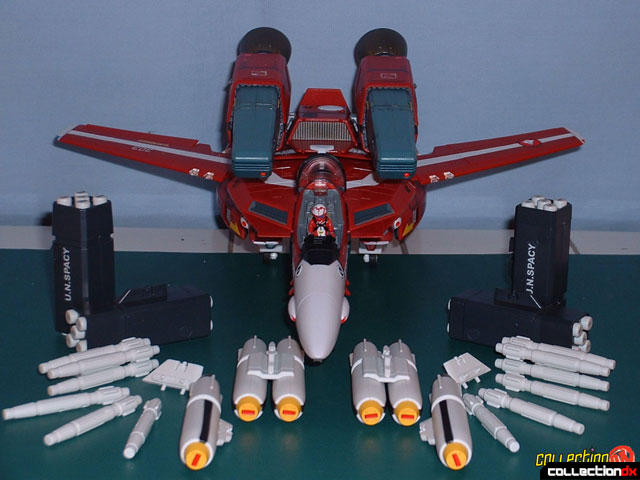 Since this is the T.V. Version, the FAST Pack Booster (NP-BP1), and the leg armor (NP-FB-01] are colored red, unlike the DYRL versions that come with a uniform color.

Since this is the first 'real' transformation I did on this toy, the joints were pretty tight. Manageable, but still pretty tough. There were moments when I thought I'd break the fool thing.

The Fighter mode of this toy is probably one of it's best features. Like most of Yamato's recent Macross releases, the designers used CAD to design the toy, which makes the lines and dimensions crisp. It's to date, the best toy representation of the Valkyrie which Shoji Kawamori designed some 20 years ago. 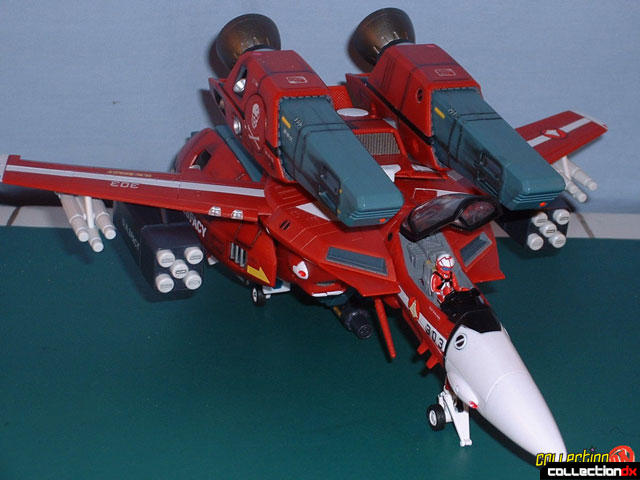 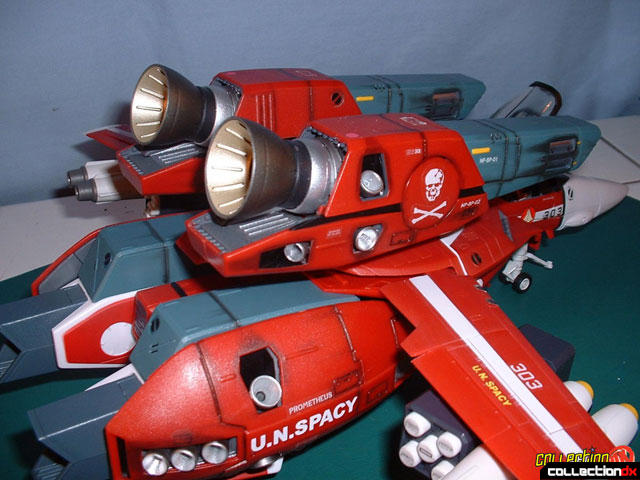 The GERWALK Mode on this toy is very impressive to say the least. It's probably the only toy that can pull off a anime accurate 'A' stance without looking awkward or clumsy. This is thanks to the ingenious swivel design just above the knee joints. 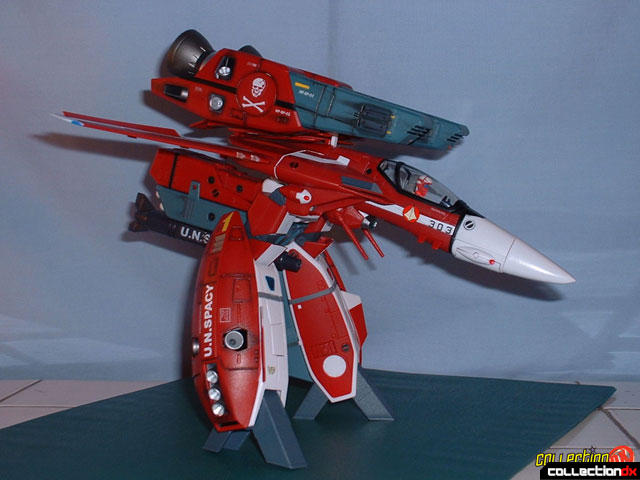 As mentioned, the joints on this particular toy are very tight, but I was able to transform it into Battroid mode without breaking anything (except maybe some sweat).

In spite of what some nay-sayers keep ranting about, the Battroid mode is simply cool! Sure it has somewhat skinny arms, but as soon as the armor is slapped on, it looks menacing! 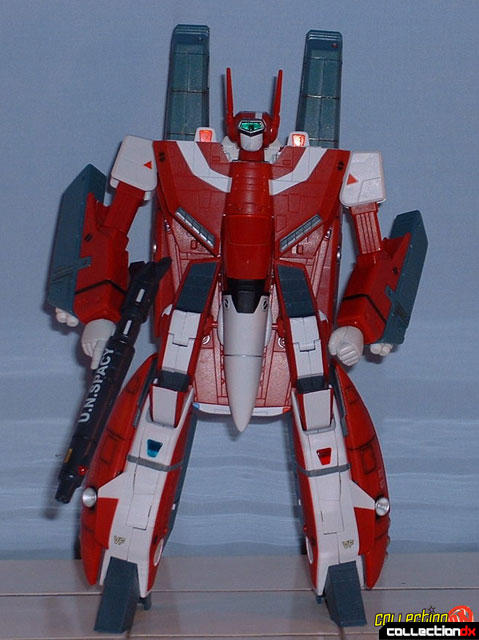 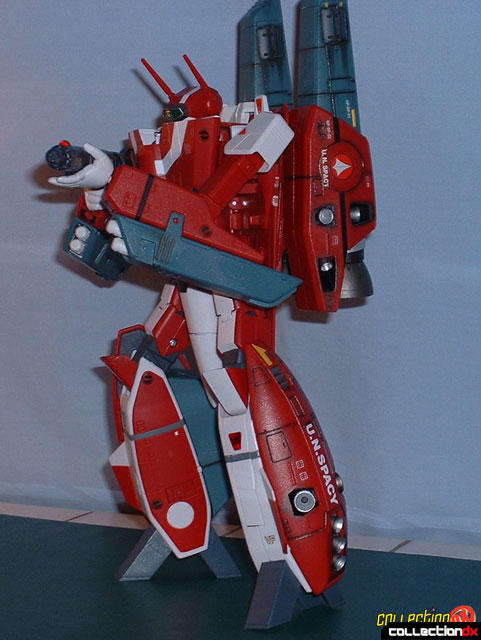 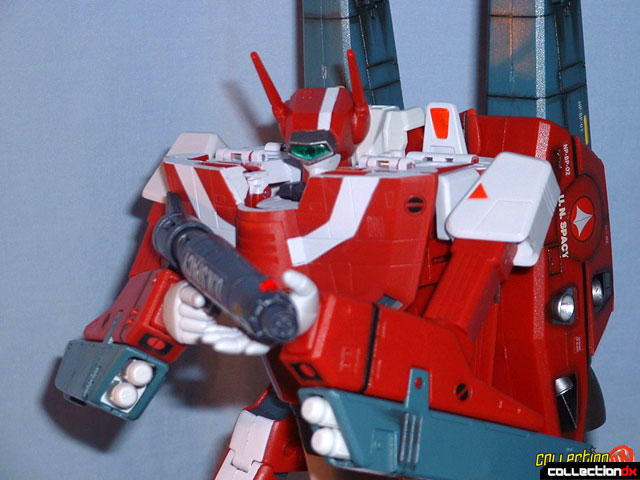 With weight being an issue, it's a little difficult to pose the toy with all the armor on, however, the 1/48 Battroid can still pull them off! All it takes is a very small amount of patience, and steady hands, and you've got them doing the 'Vogue'!!!

I tend to agree with what other fans say about the plastic that was used on this toy. Although it's fairly durable (I dropped one of my 1/48's from 4 feet, with no damage), you get a feeling that it's cheap and will break on your next breath.

The 1/48 VF-1J Miria Fallyna version is an excellent toy, to say the very least. The details are astounding, as with any of the 1/48 Valkyries from Yamato.

Unlike the previous versions though, the VF-1J Super Pack does not have any of the problems that were experienced on those releases (VF-1A Hikaru, VF-1S Roy Focker 1st release). 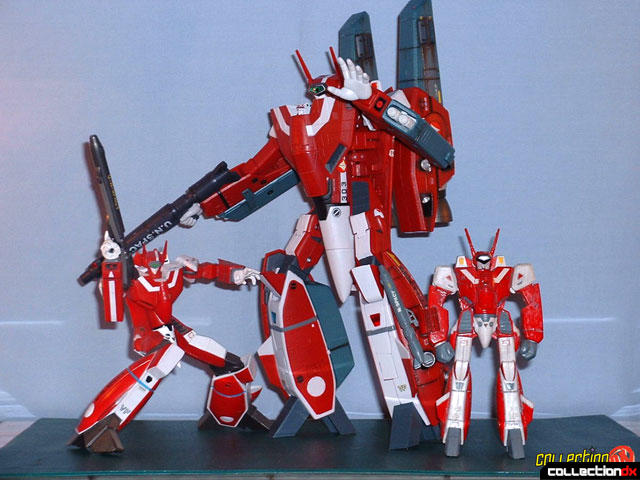 No paint smudges, since the color is injected onto the plastic. The only painted color are the white stripes, and luckily, mine does not have any over sprays or crooked lines.

I haven't had time to finish paneling and weathering this Valk, but now that I have some free time, I'll re-start this project, and hopefully, finish before anything else comes up.