The VF-1J GBP-1S Armored Valkyrie is a fan favorite design. It takes an already cool design, and adds armor and missiles! Yay! 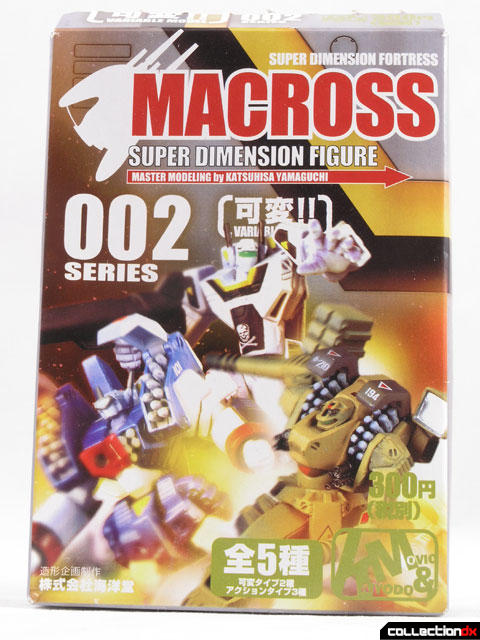 This figure comes from the second assortment of Kaiyodo & Movic’s Super Dimension Figure Series. Years ago I had got one of the Series One figures as a gift, and it promptly crumbled in my hands. I was so dismayed. It added fuel to my anti-Kaiyodo fire I had going on at the time.

I would never have taken a second look at these figures had a friend not handed one to me at his house one evening.

He was all like “Dude, have you seen these, you have to check them out”

And I was all like “Dude! These are awesome!” 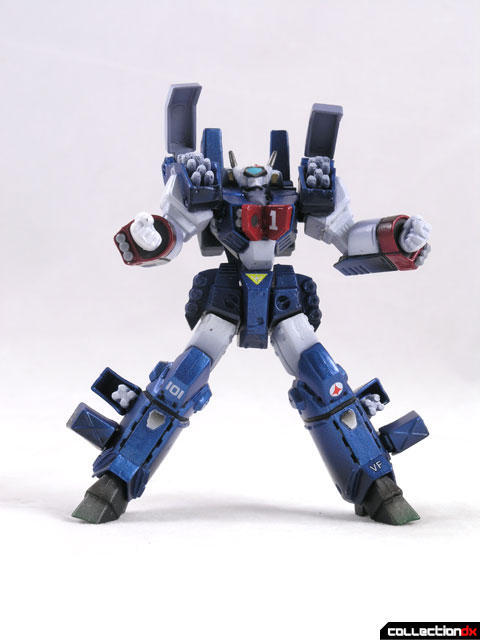 I managed to grab a set while on vacation this year, and I am glad I did. These are not just your average trading figures. This is a fully articulated, incredibly detailed action figure. If that wasn’t enough – these figures are also sculpted by Katsuhisa Yamaguchi, the mastermind behind the Revoltech figures. 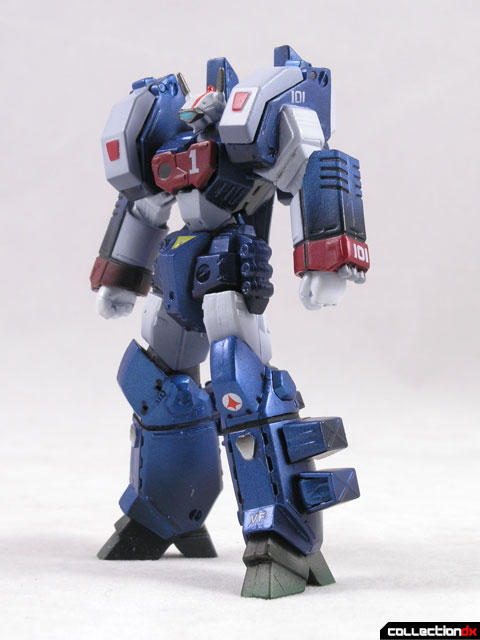 I am not lying when I say that this figure is fully articulated. This figure has over 17 points of articulation packed into the tiny frame. There are even several small doors that open up to reveal missile pods. There are two doors on the back and two on the outside of each leg, as well as the two shoulder mounted missile bays. The shoulder bays feature a cool action that causes the missile banks to protrude when the doors are opened. The chest features a plate that can be swapped out to reveal missiles. 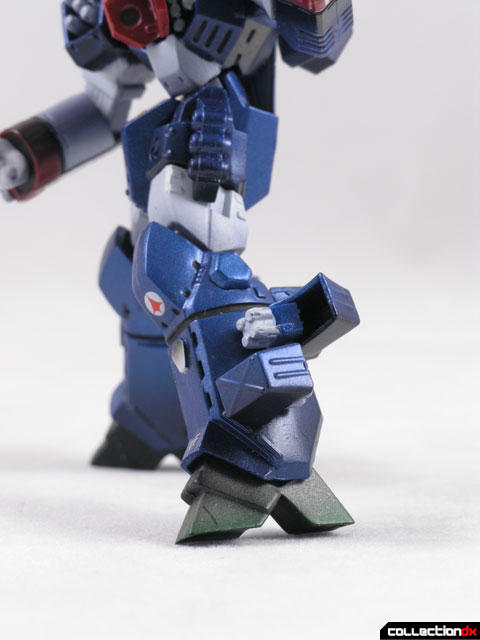 In addition to all of that, the toy even includes a two-part stand! 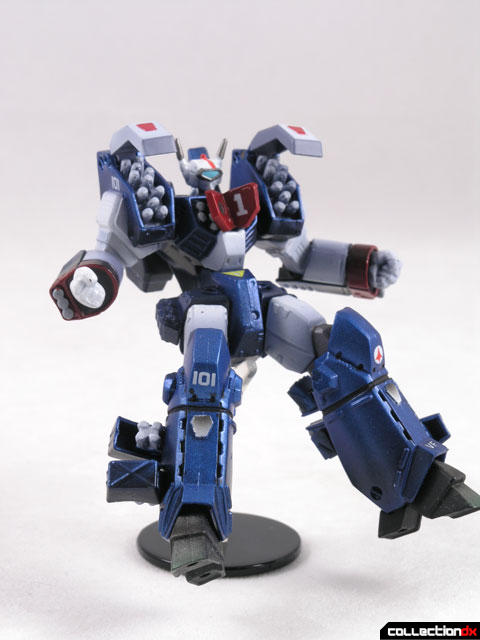 I can't stress enough how cool this figure is. I’ll be reviewing each figure individually, so keep an eye out for more in future reviews!