The TARDIS (Time And Relative Dimension(s) In Space) is a fictional time machine and spacecraft in the British science fiction television program Doctor Who. 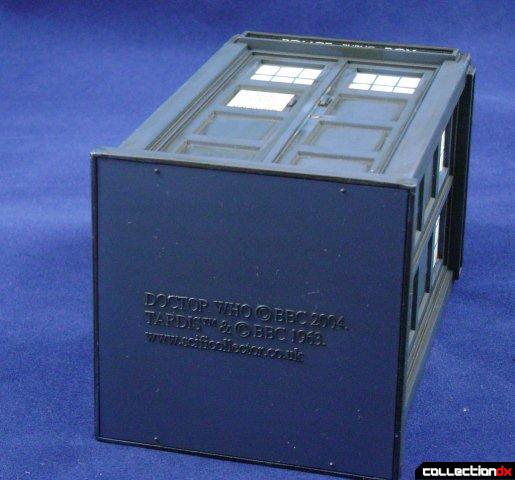 The Tardis is made by Underground Toys with a licence from the BBC. The packaging is nice and folds out to look like the inside of the Tardis 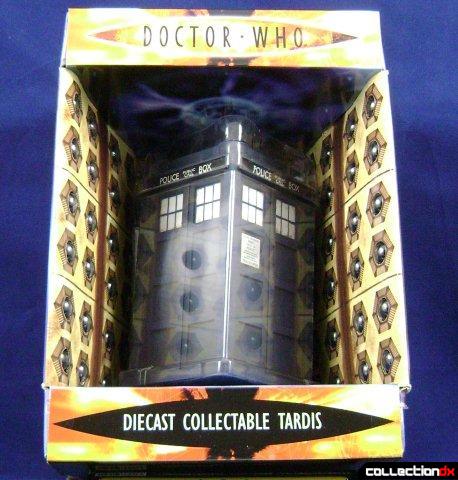 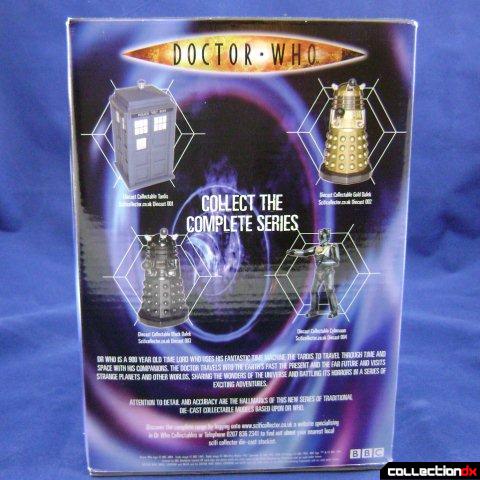 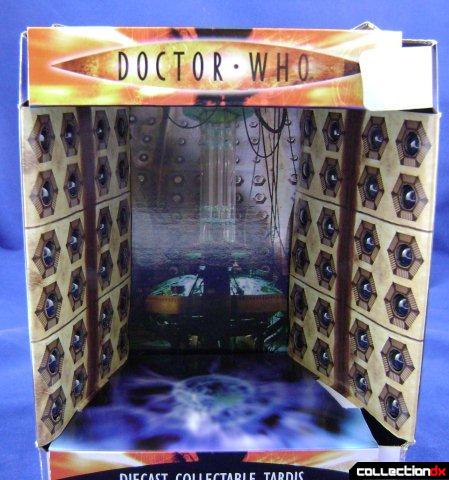 It is around 6 inches in height. 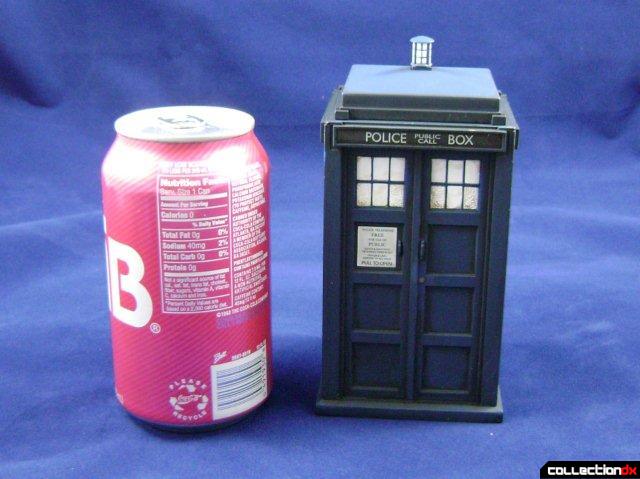 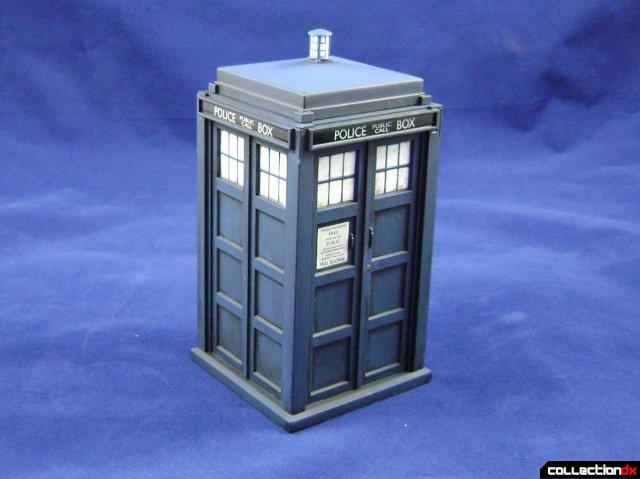 It has incredible detailing: look at the weathered windows, sign, and even a key hole. 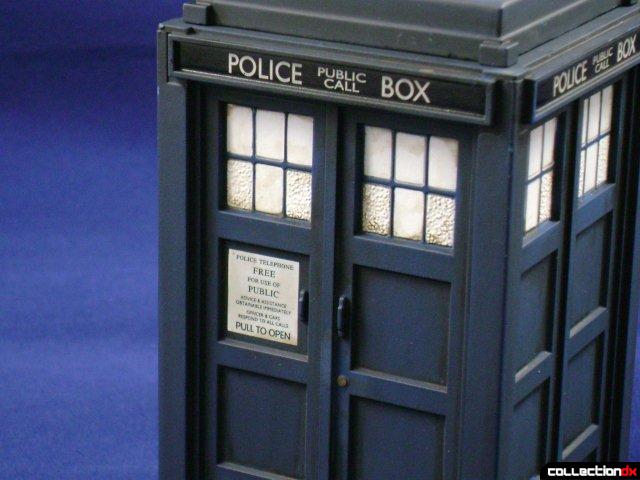 It is all die-cast goodness and weighs over a pound. 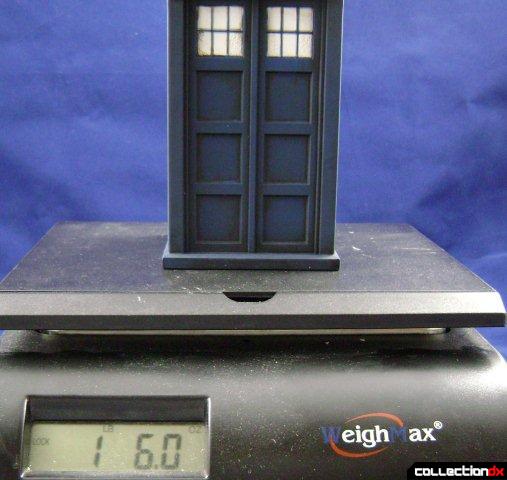 The bad to me is minute. It does absolutely nothing. Nadda opens, no light features... zip. 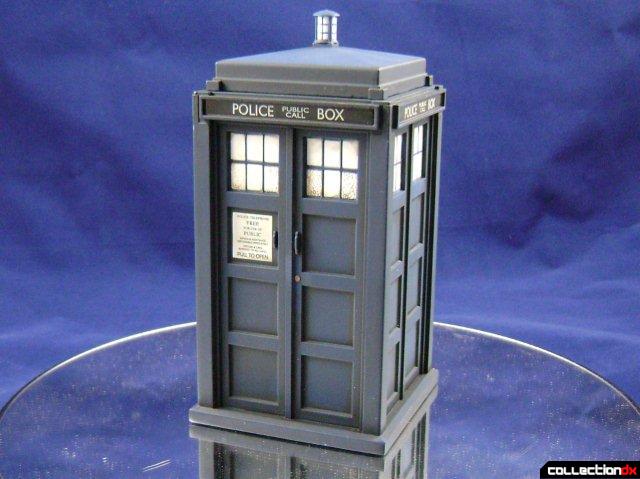 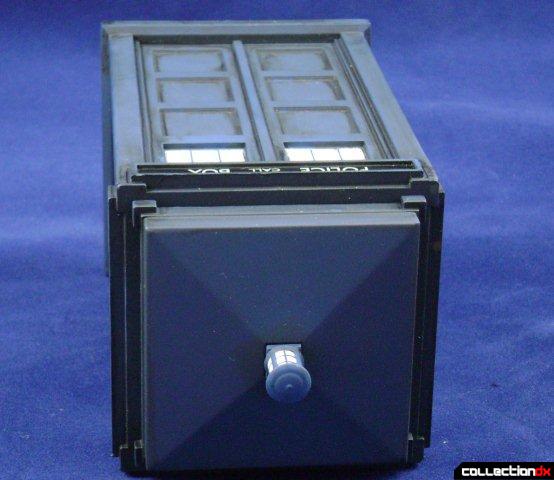 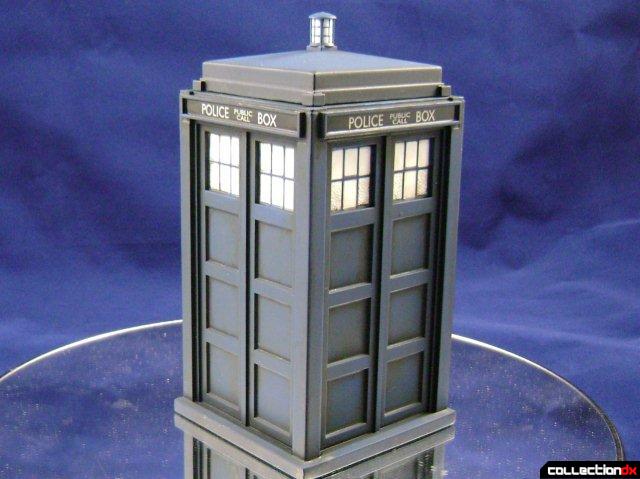 I had a tough time tracking one down. They were going for seventy dollars, but then all of a sudden I found one for less than its initial cost... so I grabbed one. You could probably pop the lid and add a light up feature to the top...but I love it...my Tardis paperweight. 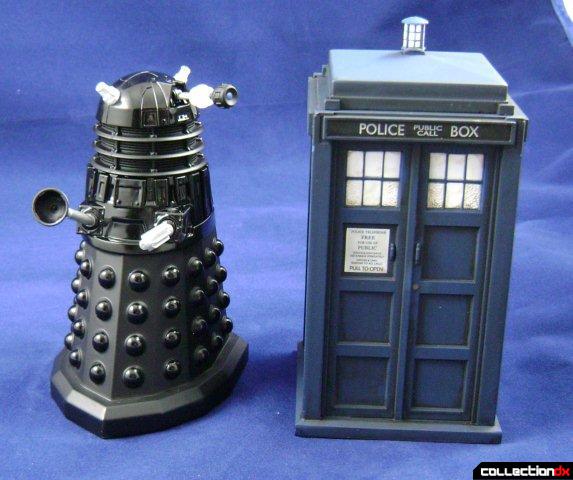 "It is all die-cast goodness and weighs over a pound and half."

That said, I love the fact that the inside of the TARDIS surrounds the outside.

Thanks for the FYI-not good with numbers, hence the picture of the scale...

Thanks for giving us details like height and weight...
Those little details kept me from picking one up when it came out. It seems like no website would list the details (or any I could find when this was solicited)
Now I regret missing out on this.

Not to nitpick, but why don't reviews on this site completely fill out the form on the top, next to the photo? Scale, fetish, character/toy design, and SRP are almost always left blank... and these are the most common search terms i'd use if they worked. What's the point of even having that column to search reviews by if almost every reviewer leaves it blank?

I know what you mean - sort of. I just recently went through EVERY REVIEW on cdx and added in missing taxonomy and also tagging with new categories, such as fetish... there was a LOT of missing data.

With an item like this, i think there's just no answers. What's the fetish? Time Machines? Blue Boxes? I agree that we could do a bit better filling out things like MSRP and designer. Actually, I'm glad you brought this up - to me this means this data is useful and valuable to our readers.

I added British Sci-Fi as a fetish for all out Thunderbirds, Dr Who, Captain Scarlett etc reviews.

Too speak for me, I leave things blank because better blank then wrong. Like SRP- some sites said 14.99 pounds sterling, others had 29.99 MSRP pounds sterling. Have seen around for 40 dollars...so hard to nail down (I used to talk about money in reviews but seemed to get negative feedback). As for this item, the company on the bottom of box and actual item says BBC, but thanks to Josh I found out it was Underground Toys. Just like Toy design..unknown..actual design because so tied to TV show, Wikipedia which is not accredited talks about three writers debating keeping a police box as the Tardis...due to budget...but then what about the person who designed the British police box.... So for me I always do a search and try to prioritize info for what I had to know to find the item. Either way thanks for the comments and thoughts, I am always looking to learn and I will strive to do better searches since I know people find them helpful.

...sometimes its simply because the information isn't known, or possibly because the poster doesn't know exactly how to answer the question.

Its such an icon of British SF that it seems incredible that it could have been anything else, but the BBC revealed a little while back that a number of possibilities were considered, including a completely transparent sphere (of course, technically, thanks to the "chameleon circuit", the TARDIS can appear as potentially any object - the Doctors excuse is that his is broken...!).