To round out SOTA's Round 1 Street Fighter figures, we've got Sodom, AKA Katana if you're more into Final Fight. He's one of the more obscure characters, but I like that he got a shot. One of the coolest things SOTA did with this toy line was including someone like him in every series. 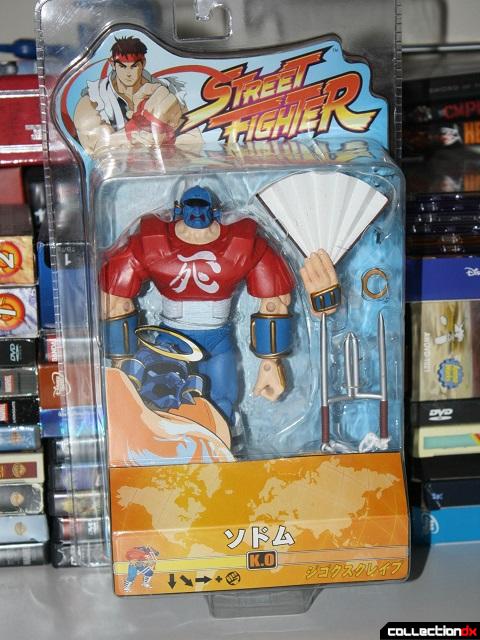 Note the different style of packaging. This is the Japanese version, the cheapest I could find. It's the same toy, just different cardboard inserts. 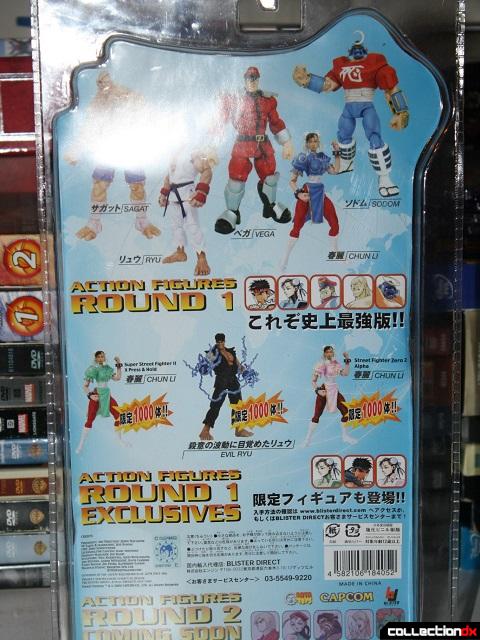 The back indicates that the alternate color versions were also limited-edition in Japan. You don't see Sodom, but his alternate deco swaps the blue for green and the orange for grey. 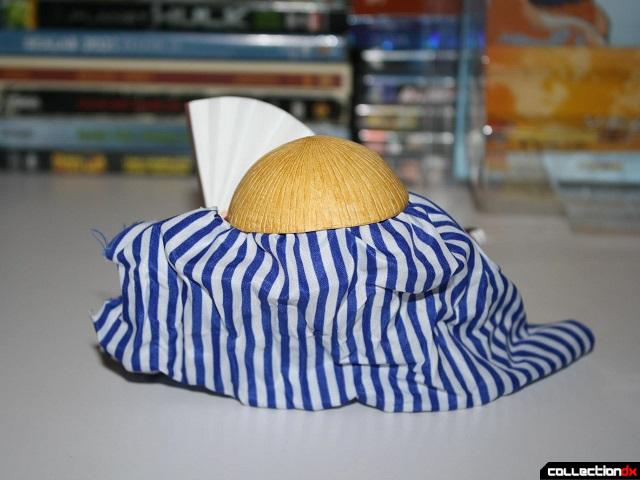 I've never looked into it, so I wonder if Sodom is Capcom's jab at American otakus. He's an American member of the Mad Gear gang obsessed with Japan and its culture. He thinks he gets it all, but he's got a lot wrong, including the language. Case in point, the kanji symbol on his chest is supposed to be "death", but it's just wrong enough to be gibberish instead.

He's got one of the nicer accessories among his peers, a cloth shroud attached to his straw hat. 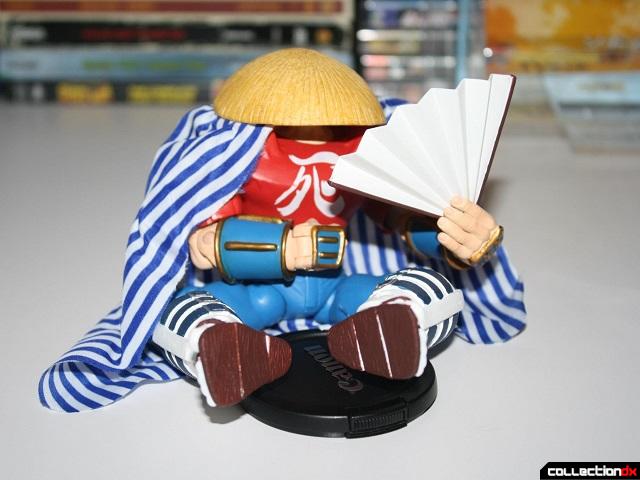 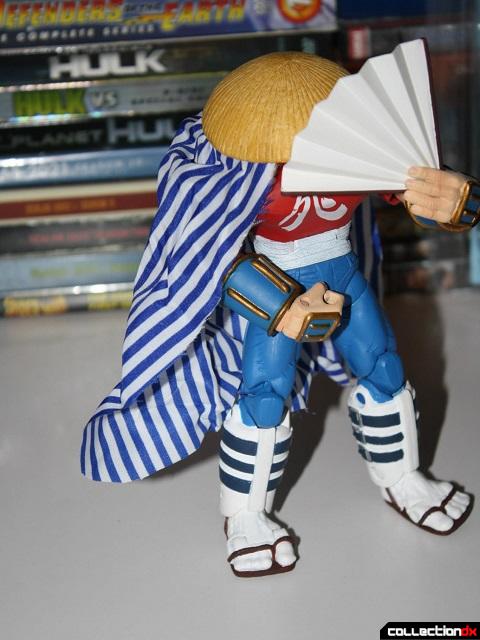 He's also got an alternate hand with a fan. 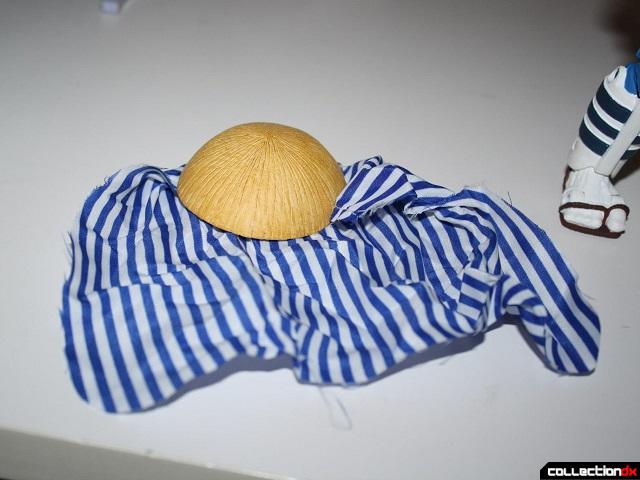 He never uses it or the cloak in any of the games, but they're part his attire before he starts a match. 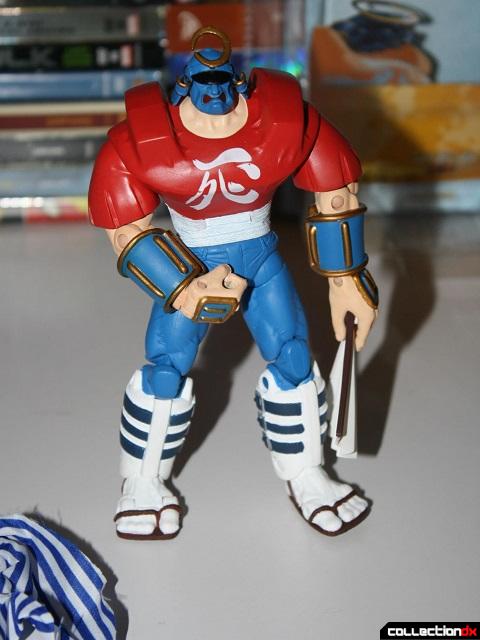 Despite his suspect intellect, he is a physical specimen. Of the Round 1 characters, only Sagat is bigger. 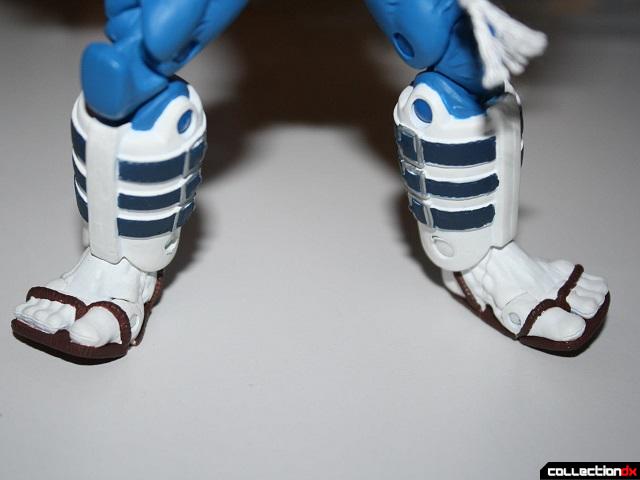 As an American wanting to be Japanese, his attire is a nod to that. He's in blue jeans and a t-shirt but the rest of his gear is akin to a samurai. He's got the same joints as everyone else, so his articulation is amazing. Few parts are hindered, like his feet because of the shin guards. 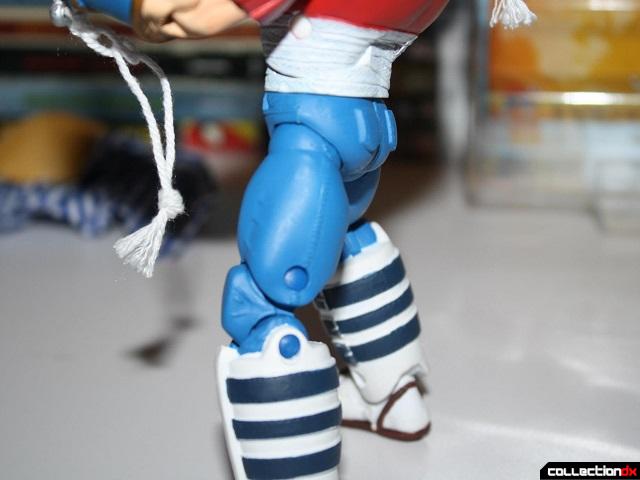 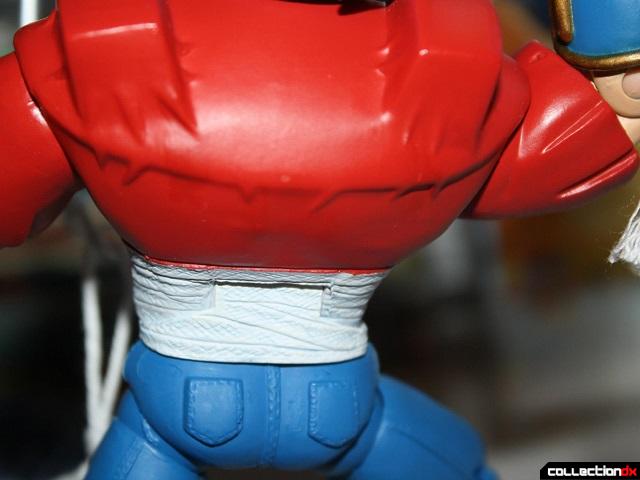 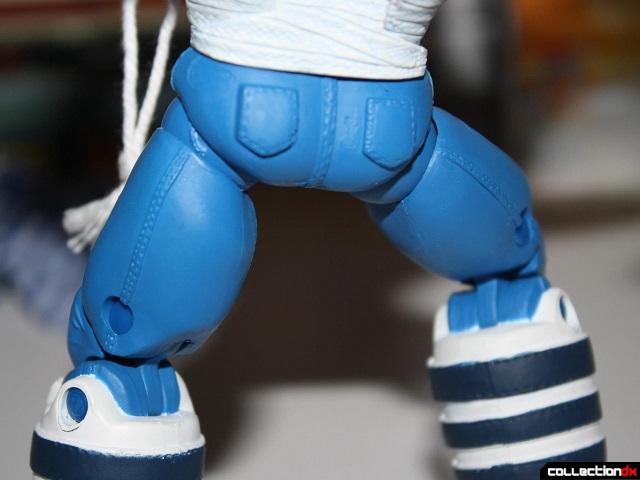 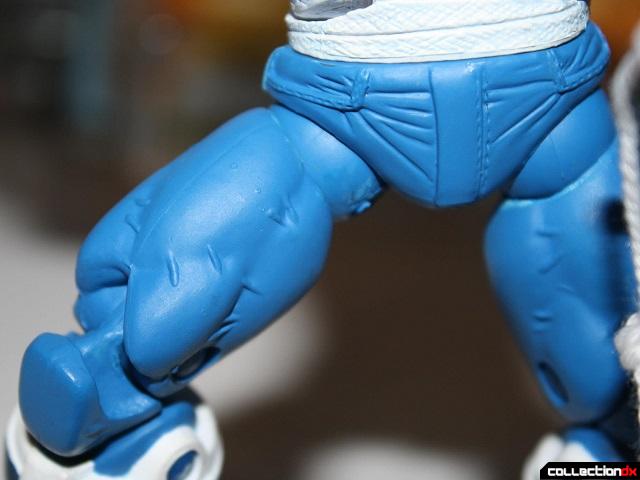 His upper arms & shoulders are the other parts, due to his massive chest and pads. But like all his peers, it's a fair trade for the paint work and detail on his sculpt, from the bandages to the stitches to the wrinkles. 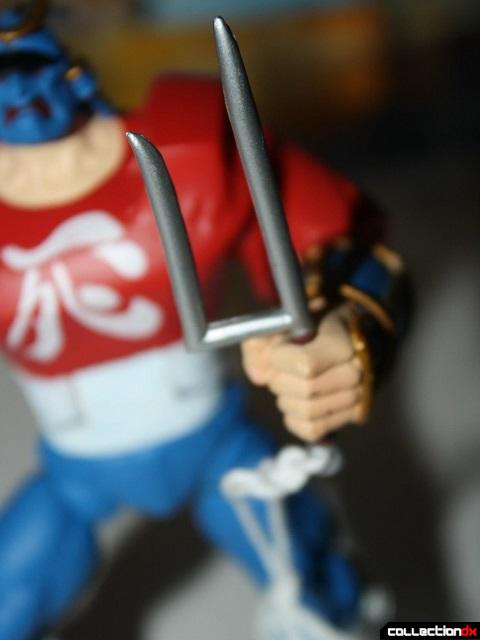 Sodom made his debut in Final Fight as the 2nd stage boss, wielding a pair of katanas. That and what his name's associated with is why they changed his name to Katana in the US. But he went back to Sodom when Street Fighter Alpha came out. In Alpha & Alpha 2, he's armed with the same weapons his figure has, a pair of jutte blades, similar to sais. But in Alpha 3, which -ism you pick determines whether he uses jutte blades or katanas. 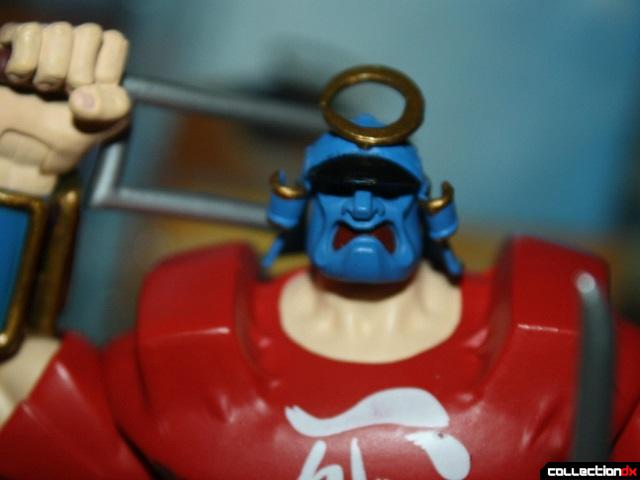 It's not much of an accessory, but the crescent moon on his helmet is also removable. I'm guessing it's to prevent breaking while still packaged. 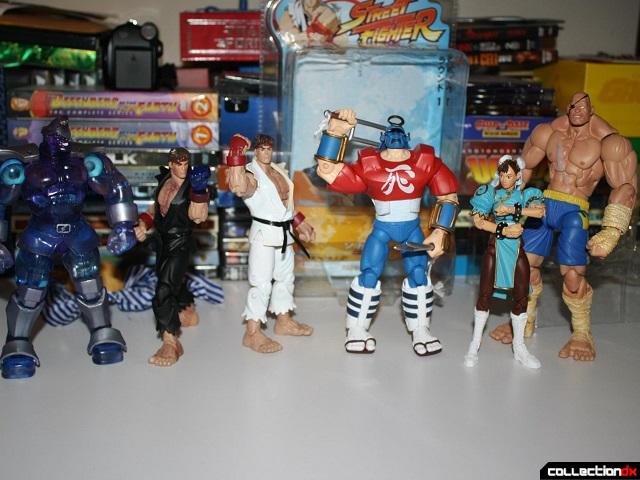 Sodom was more menacing in Final Fight, but among the Street Fighters, he's at least unique. Only other characters I can think of with weapons in play by default are Vega and Eagle. 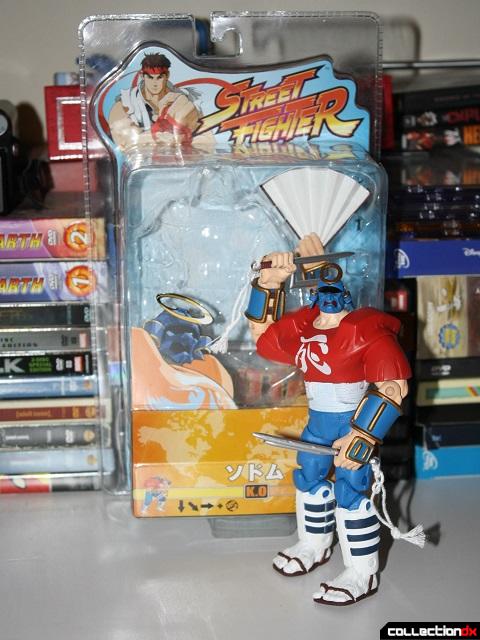 So, that's it for Sota's Street Fighter & Round 1 for now. Sodom is a good addition, and the only Sodom toy to date. I won't put him over Bison or Sagat, and his arms take some work to adjust, but he fits in nicely. Like the others, I recommend him for SF fans, but caution you to hold out till you see him in person at a convention or store. Much like him, the online prices are a joke.