The Guntank and Guncannon come in a nice window box with a plastic tray. No parts need to be assembled, and all accessories are easily accessible. No twist ties are used to secure the product. 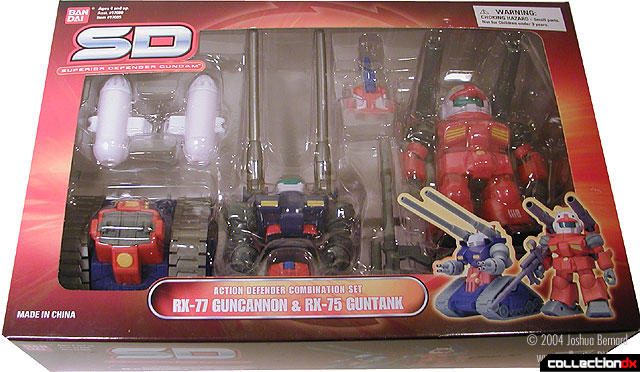 Included in the package is: 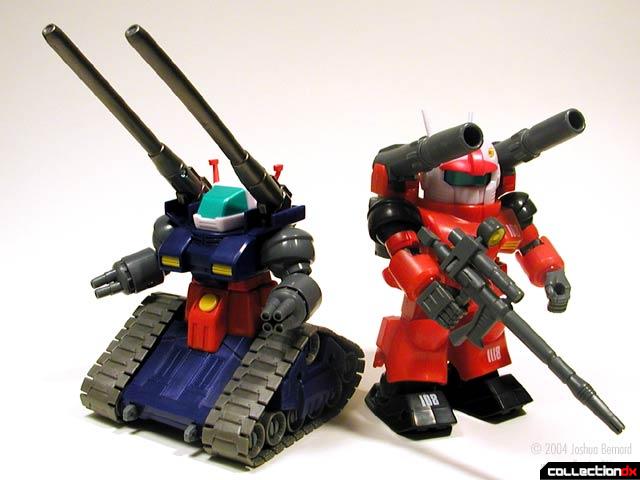 Both Guncannon and Guntank separate at the waist to reveal a compartment to hold the transformable core fighter. It is really difficult to separate the halves. There appears to be buttons on either side of the waist to release it, but I couldn't get it to work. It's also a little tricky to get the 2 halves back together with the core fighter, because it has to line up just right. Maybe I'm just old. 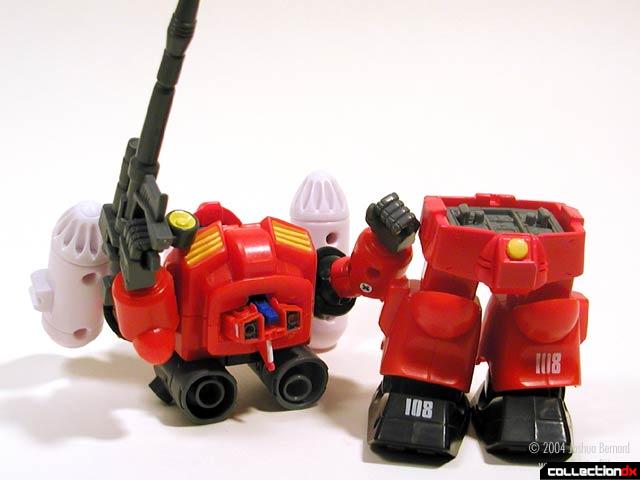 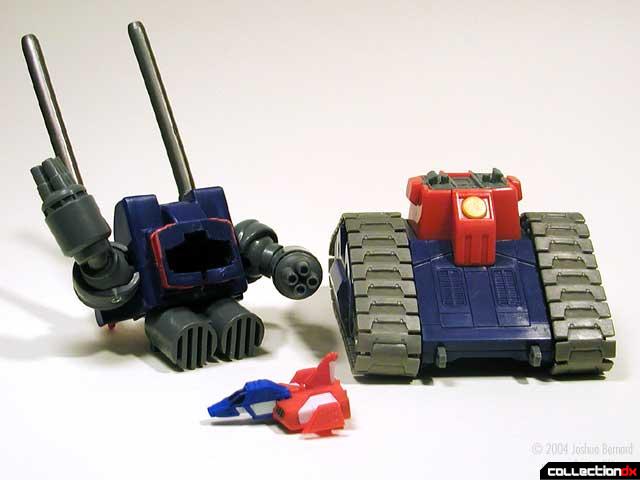 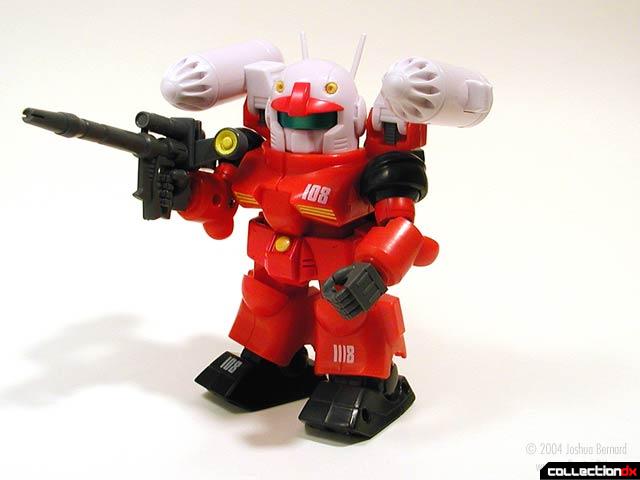 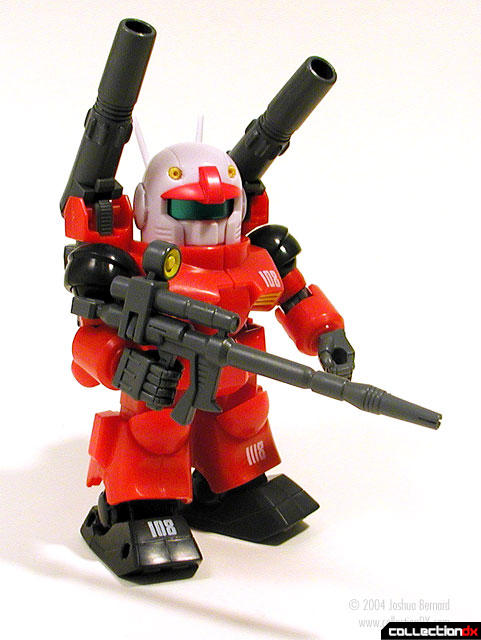 Guncannon and Guntank are designed to accept each others parts, so you can make up new combinations, such as Cantank and Tanknon. You can also combine parts from other SD Gundam figures for even more fun. 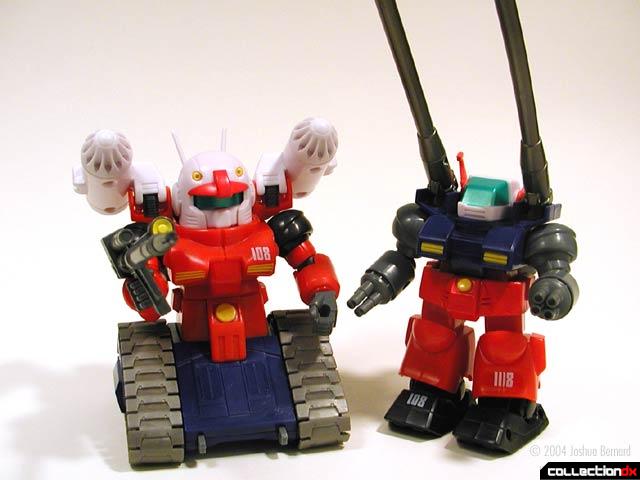 These toys are solid, well built and great looking. My only complaint is the difficulty in combining the top and bottom halves. I'm glad that they are including the old-school Gundam designs in the SD line. 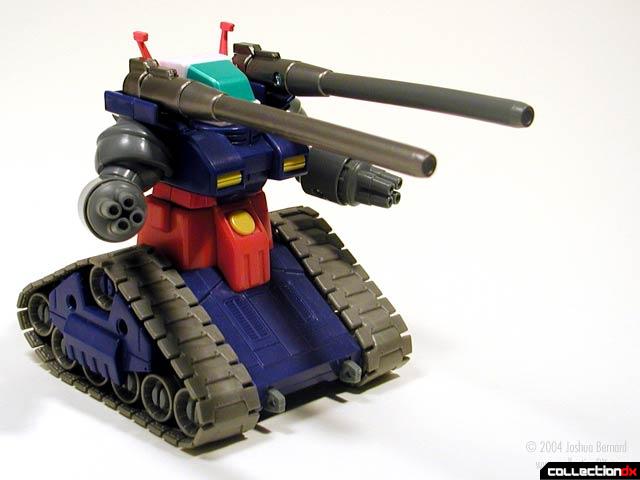