For some years, Macross fans have been longing for enemy mecha designs from Macross, but all they had to settle on were badly fitting kits from Bandai, or even the beautiful, but money munching garage kit from Yellow Submarine. Sometime mid-2003, Yamato, currently the foremost authority on Macross Merchandise, had announced plans to release a 1/60 scale Queadluun Rau, and appropriately enough, it was the Miria Fallyna version from "Macross: Ai, Oboeteimasuka?". 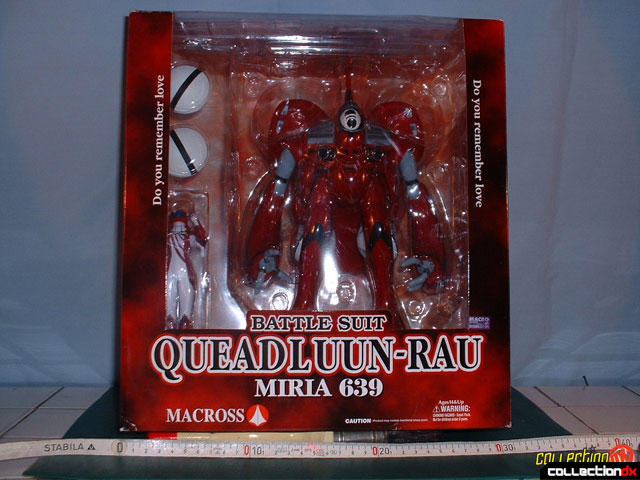 The box is your typical Yamato window style box, deep red color, with photo-shopped images of the actual toy on the sides and back.

Box dimensions are as follows:

From that alone, you know it's going to be a pain when it comes to shipping fees.

The toy does NOT have any diecast AT ALL, which explains why it's so exceptionally light, in spite of it's size. It weighs 590 grams, and about 12 inches from the foot to the tip of the antenna. 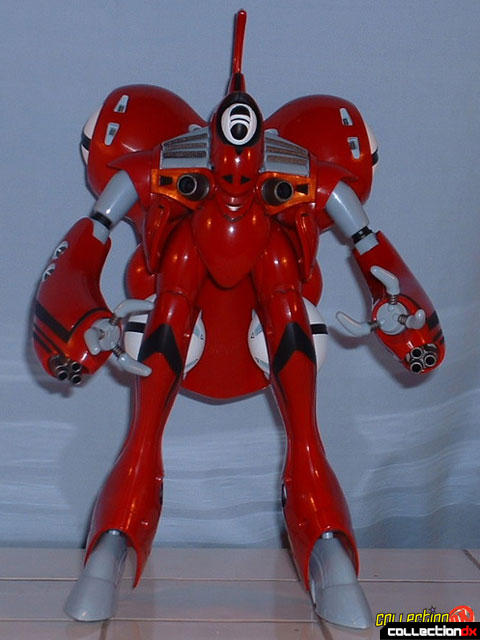 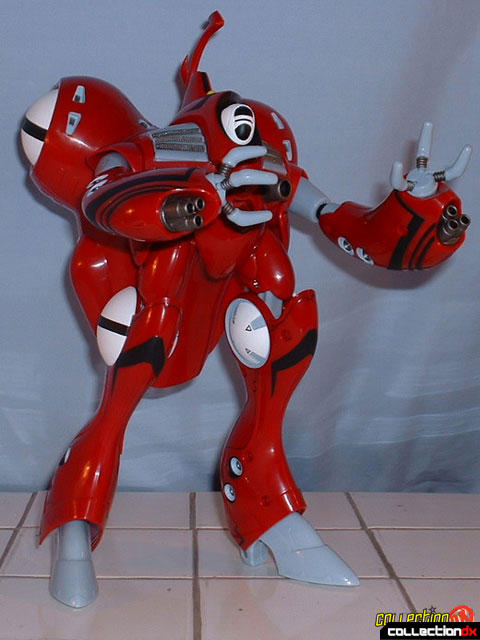 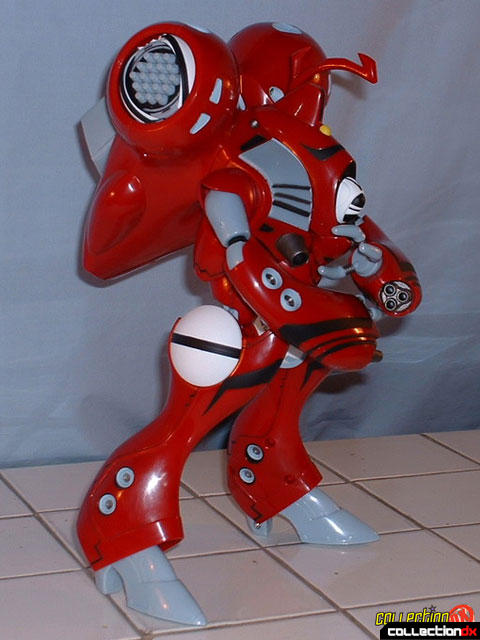 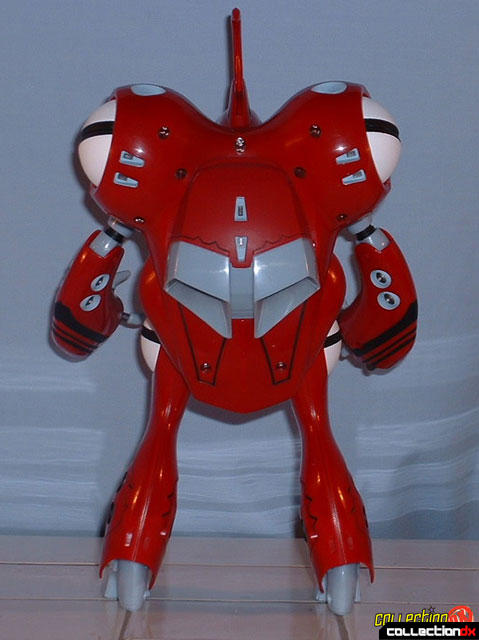 It comes with only 3 accessories. Namely a pilot figure, and two micro-missle replacements that can be plugged into the legs.
The majority of colors on the toy are injected into the plastic. In my opinion, this is a far better alternative to painting the toy, as it will not suffer paint chips and peeling the way painted toys are so prone to.

The only painted parts include head, the micro-missile bay covers (for the back and the 'closed' bay covers on the legs), the black stripes on the arms/legs, and the inner parts of the vernier thrusters, and booster.

Some gimmicks on the toy include:

The Miria 639 figure is NOT ARTICULATED. It's in a fixed pose, with it's legs in 'tiptoe' position, so it's impossible to stand her next to the Queadluun Rau. Luckily though, Yamato has already released a more detailed Miria 639 figure set to go with the Queadluun Rau. The figure is made of ABS and PVC plastic, and has nice details, including a painted face. Too bad the helmet isn't removable though. 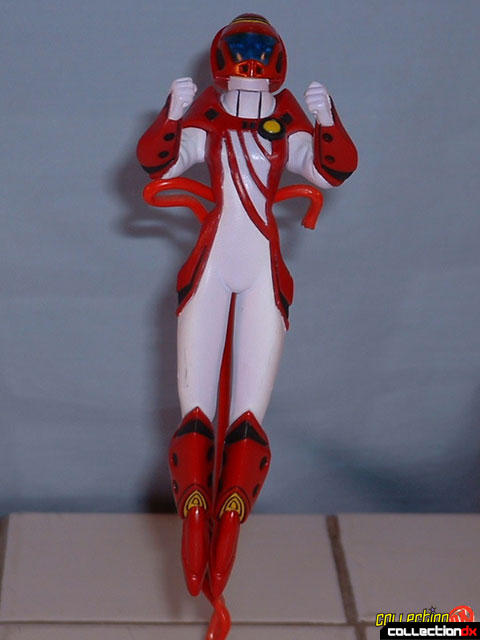 As with some Yamato products, quality control is usually an issue, but I'm happy to report that the 1/60 Queadluun Rau is the first 'real toy' to come out from their Macross Line.

Overall, the Queadluun Rau is an excellent toy. Impressive and crisp details, excellent articulation, and nice gimmicks. The price may set you off a little, being a non-transforming toy and all, but the operative word here is 'toy' and the 1/60 Queadluun Rau from Yamato is definitely one! 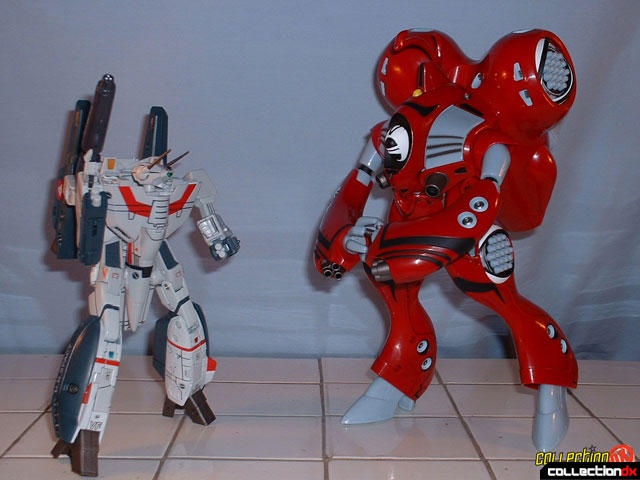