Waiting for one of the Mandrake stores at Nakano Broadway in Tokyo Japan to open I was already peering in and shopping with my eyes before they allowed us in. With great Japanese drama they raised open the sliding warehouse door, then the forty plus salesmen shouted something in unison, then quickly disperse to their specific stores. God, I miss Japan! 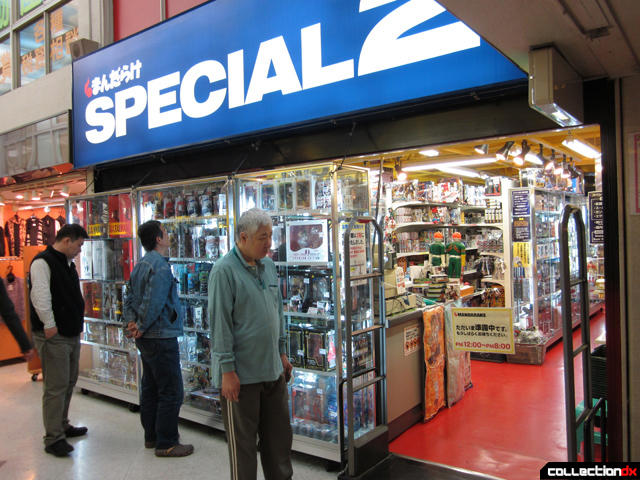 Right away I eyed this Soul Of Soft Vinyl Momoranger from Goranger from across the store hanging on a pegboard. “Momoranger” literally means Pink Ranger making this character the first pink ranger in the still ongoing 30 year plus Super Sentai series. 500yen less in my pocket I was finally able to pick up one of the earliest Soul of Soft Vinyl releases and purchase another addition to my early Super Sentai collection. 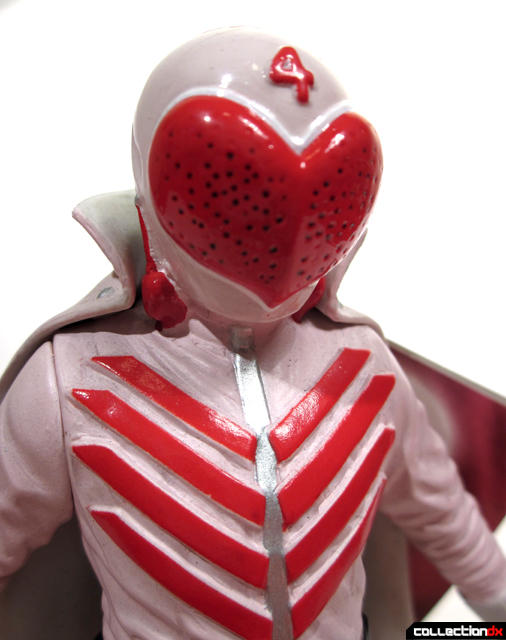 The Goranger figures were some of the earliest Soul Of Soft Vinyl releases with Momoranger being the seventh release. Although it is still a great figure there are some details that are not as prominent compared to later, more fully realized SOSV releases. Typical of soft vinyl, articulation is limited but the boots, waist and arms rotate. 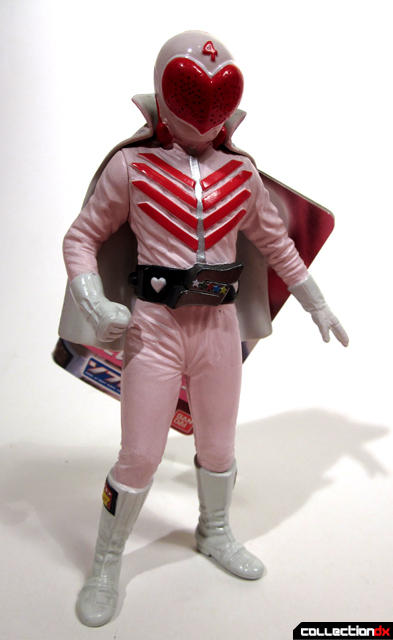 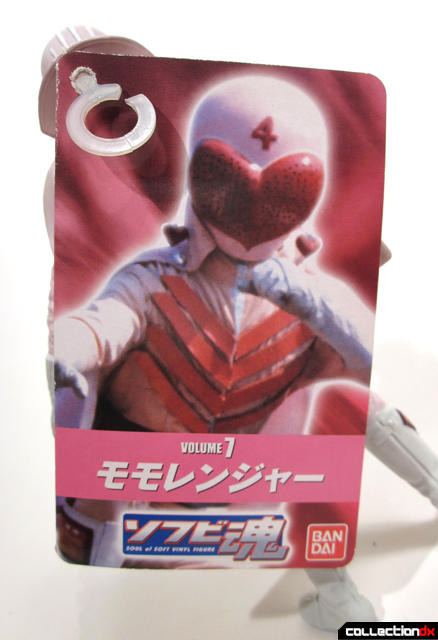 Many of the sharp details that are seen on some of the later releases such as belts, shoe and dress seams are a bit softer on Momoranger. The details are there, but they do not seem to pop out as much and are more subdued. The paint also seems thicker and the colors more bright and toy like. Since the figure is a peg hanger with no packaging I had a lot of shop worn wear marks on the cape. 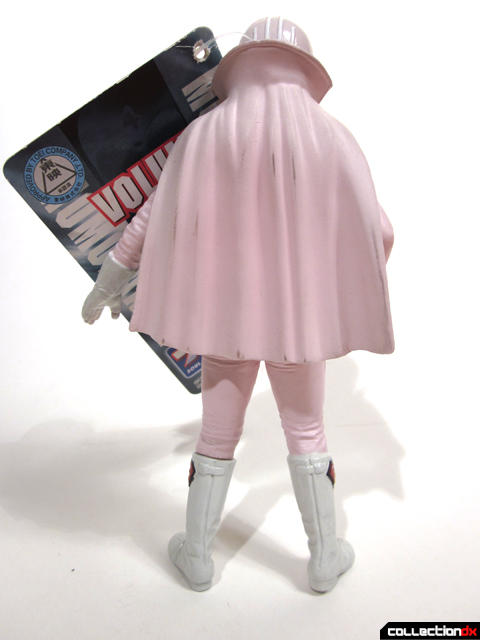 Details like Momoranger's bomb earrings that are molded on the helmet would now be included as a separate part that snaps into the helmet. I credit most of these issues with the fact that Momoranger is an earlier release, where they have not worked out the issues or accepted a clear quality control style to manufacture Soul Of Soft Vinyl figures with. 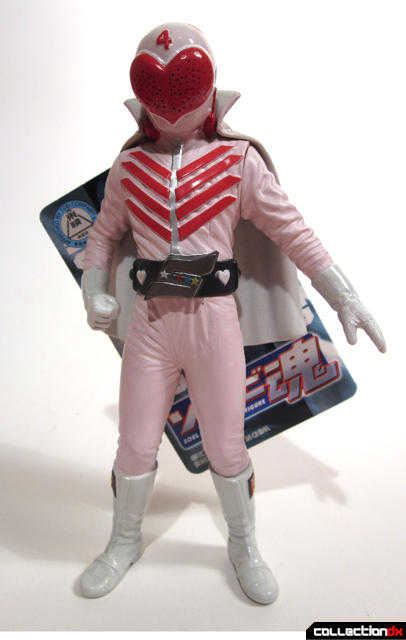 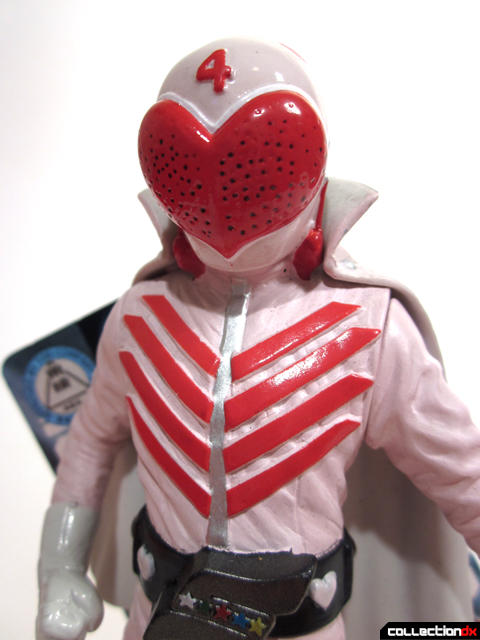 Personally I still think this a great, must own figure if you are a Super Sentai and Tokusatsu fan. I like the cape and the “actress in a costume” look of the figure. The helmet sculpt is also well done. I do not plan to purchase the rest of the team but it is nice to add another inexpensive but high quality Soul of Soft Vinyl figure in my display case. Now how about some JAKQ Soul Of Soft Vinyl releases!

The first few seasons of Super Sentai used scarves (much like Kamen Riders did), but those were disposed of in the 80s. It wasn't until 2005 when "Mahou Sentai MagiRanger" came out where they genuinely got short capes back... which a lot of modern fans didn't care for so much. (I didn't give the MagiRanger capes much thought as I knew it would be a one-year thing only, so meh.)

this vinyl is one of the reasons why i want many of these hanging around but with a constricted budget due to limits based on salary and needs. if i recalled there was an ultraman set that contained both ultraman tiga and dyna which were i think i forerunner to the soul of vinyl figures to commemorate the tiga and dyna movie