Mechabot was a new vinyl robot created in 2004 and released by Go Hero. It stands approximately 8.5" tall and has 12 points of articulation (ankles, knees, hips, wrists, elbows, neck and waist). 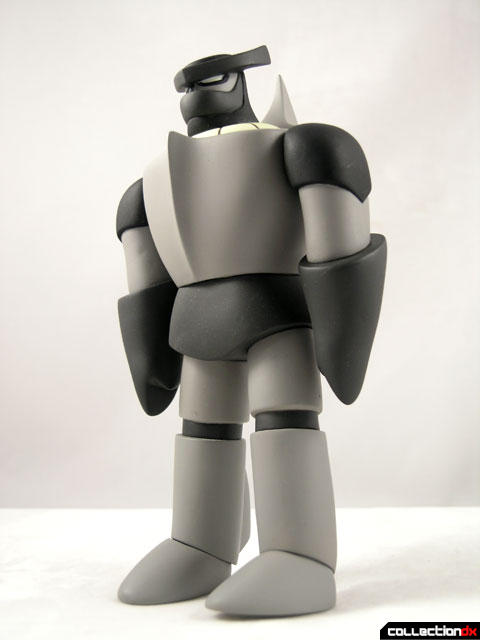 The design is very shark-like with a big fin on the back and two smaller ones on the backs of the calves. Also the hands don't feature any fingers, but instead have the shapes of a sharks mouth. Several versions of the toy were sold. 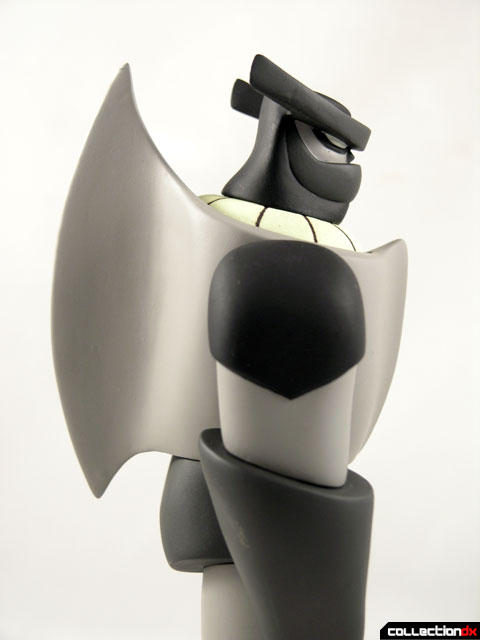 The one I have here is black and grey with a glow in the dark collar. It was sold as an exclusive through Super 7 magazine and came bagged with a header card. 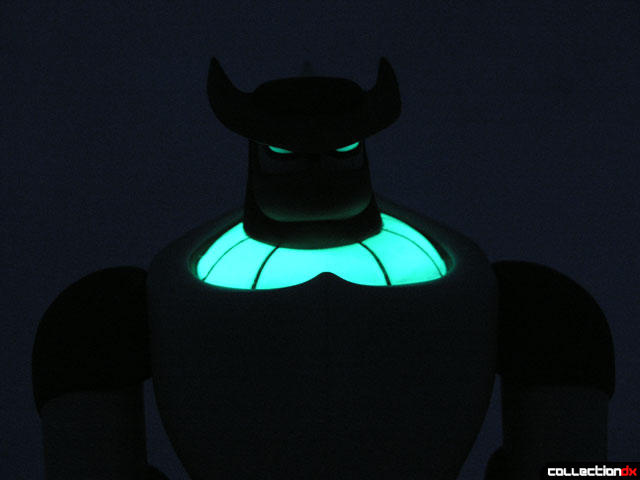 As with most vinyl toys, your appreciation of it will depend on whether or not you like the design. Personally, although it's not really bad, it doesn't excite me much. In fact, I've had the toy over a year and just now took it out of the bag for this review. In so doing, I've noticed that the left foot doesn't line up properly and lay flat against the surface he's standing on. I'm not sure if this is exclusive to this specimen or if it's a common problem. 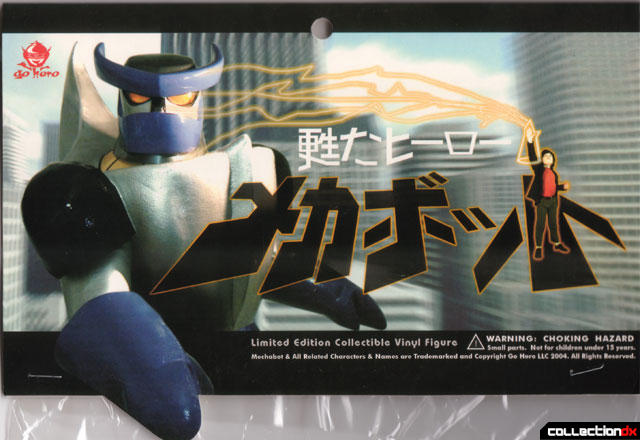