I'm writing this retroactively, and I haven't owned this toy in years. I bought it off of Poe Ghostal, who eventually bought it back. I had started this review years ago, but I only now found the photos to complete it. I apologize for any factual errors on this one.

This Hellboy is patterned after is movie appearance, as opposed to the comic books. It was issued in series 1.5 by Mezco. It came sold in a clamshell which never survive being opened. 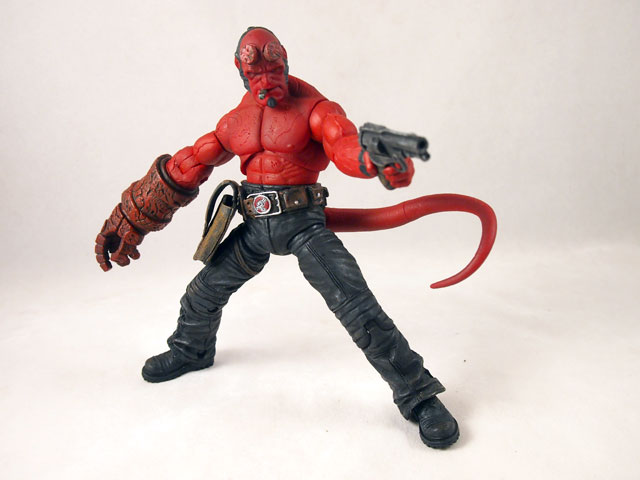 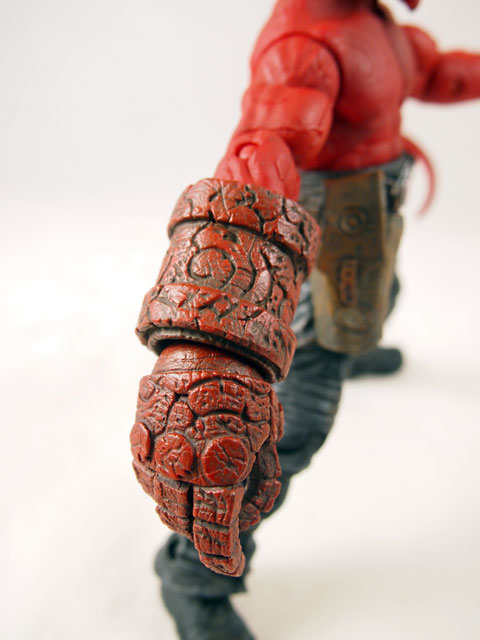 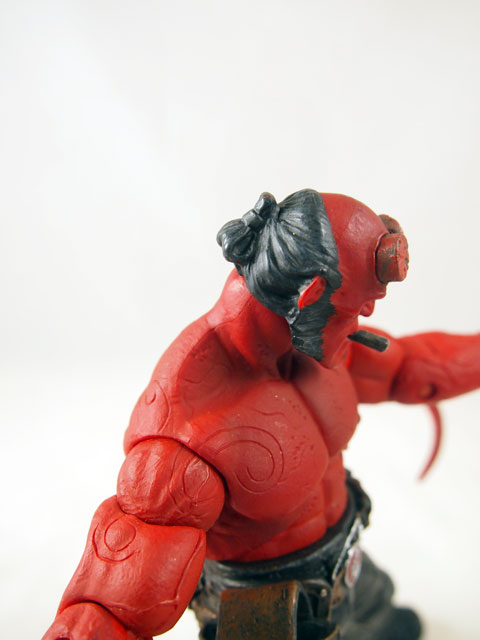 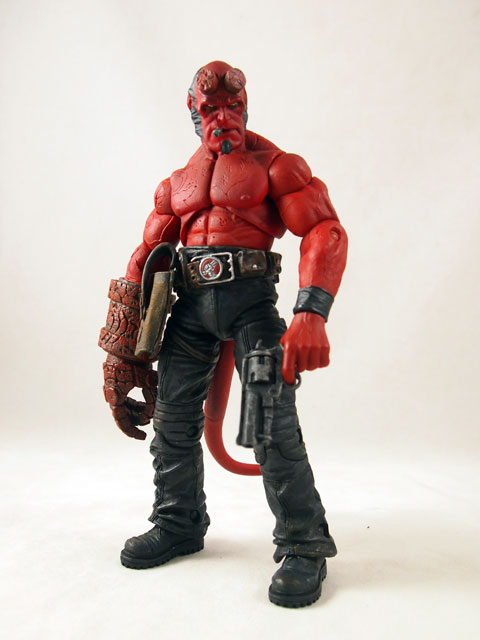 I remember the construction on this thing being really great. Mezco made some FANTASTIC action figures, but they didn't seem to make many. They seem more focused on Living Dead Dolls, which is fine if that's your thing. Although with the new One12 line that seems to be changing. 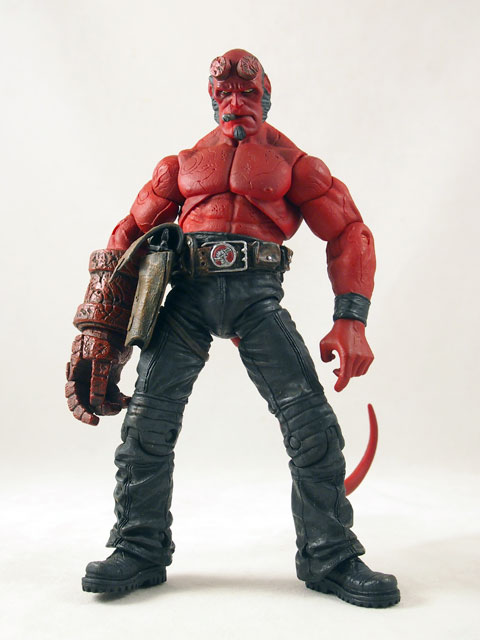 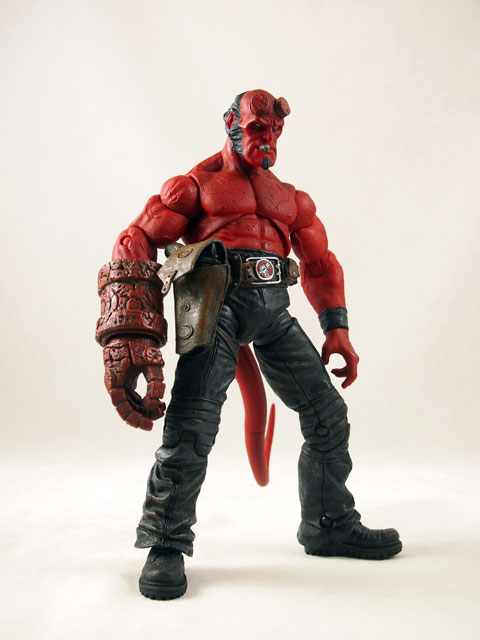 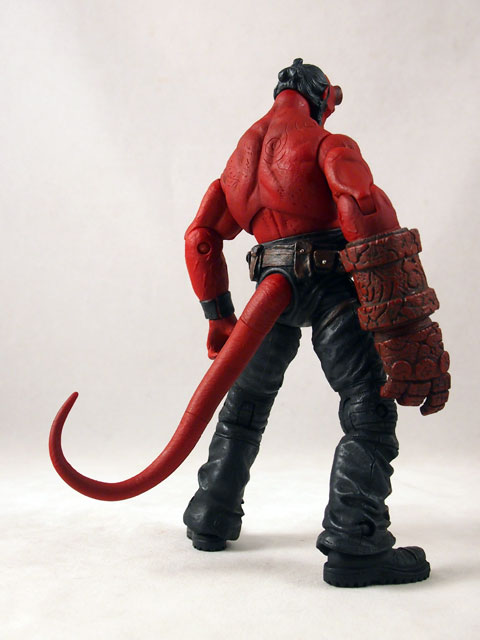 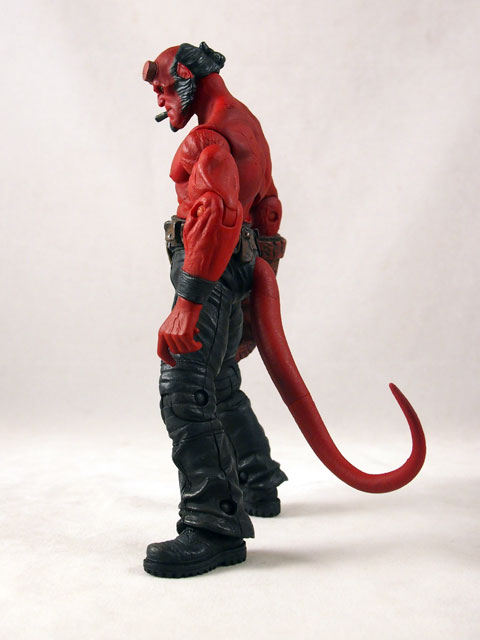 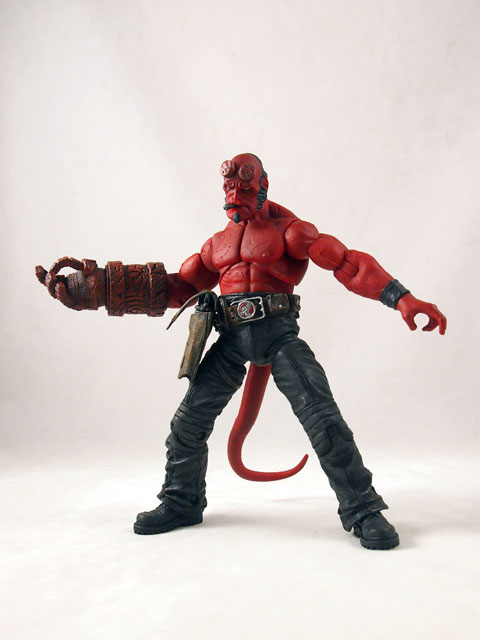 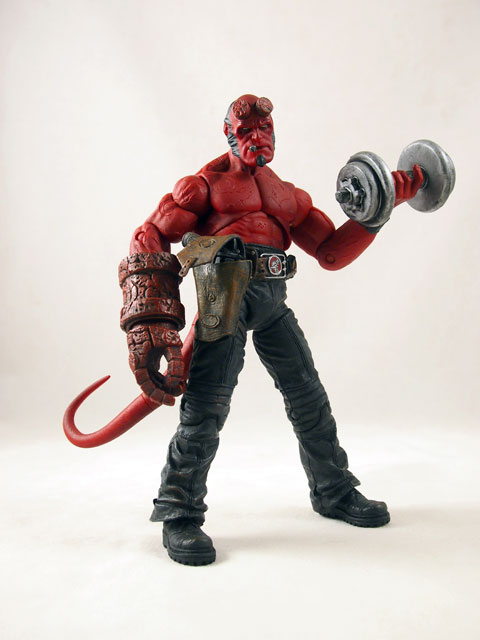 This version of Hellboy came with a pistol, barbell, and leather coat. 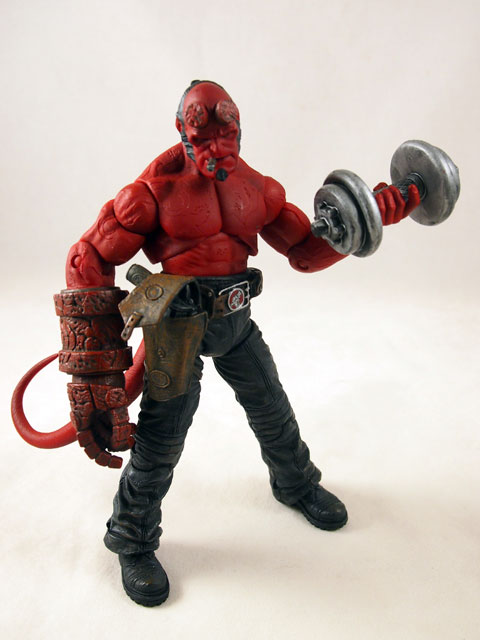 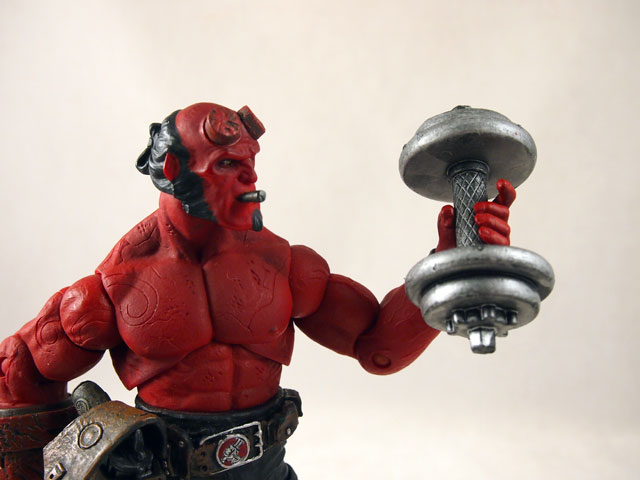 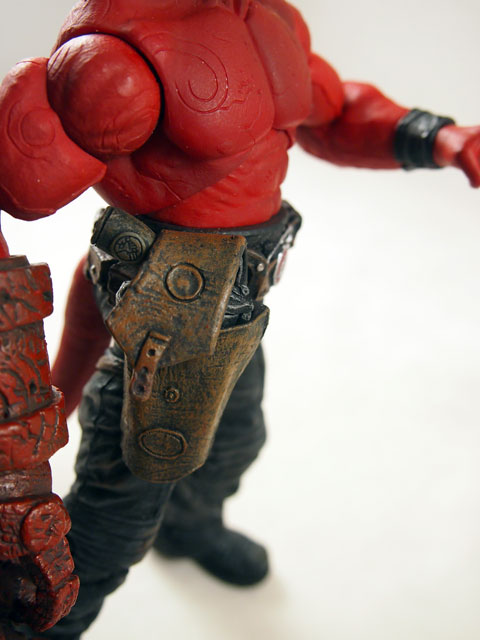 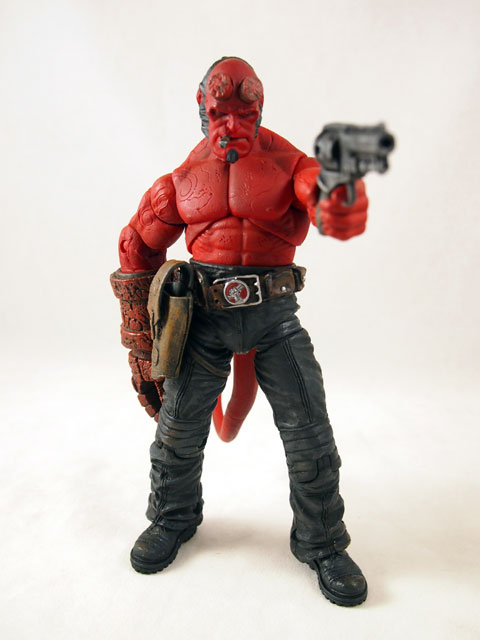 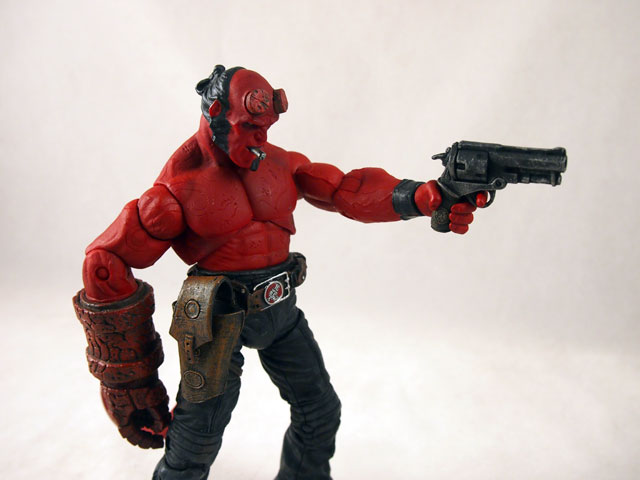 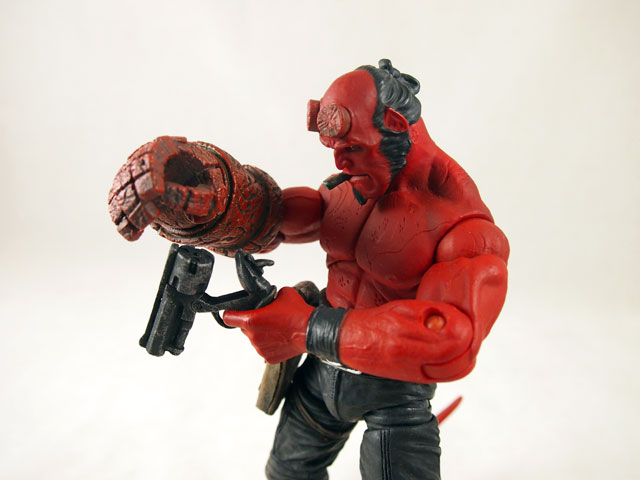 The revolver can be opened like it is being loaded. 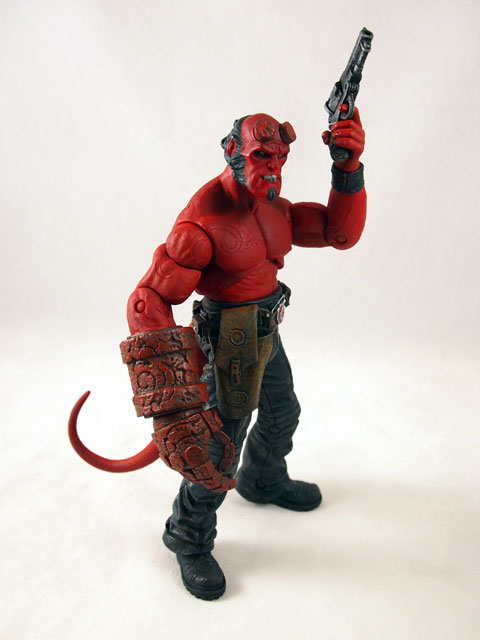 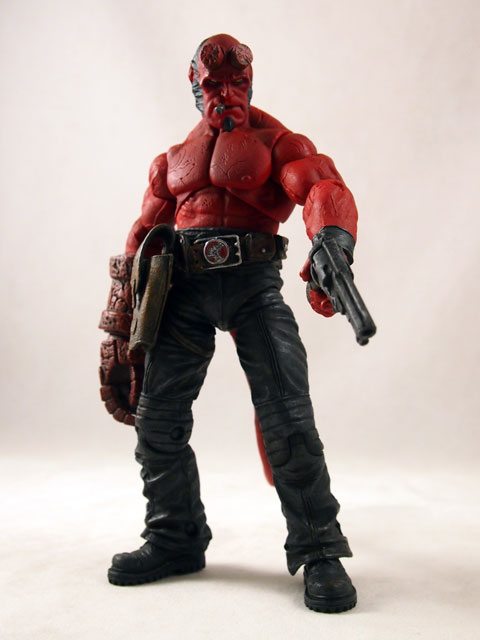 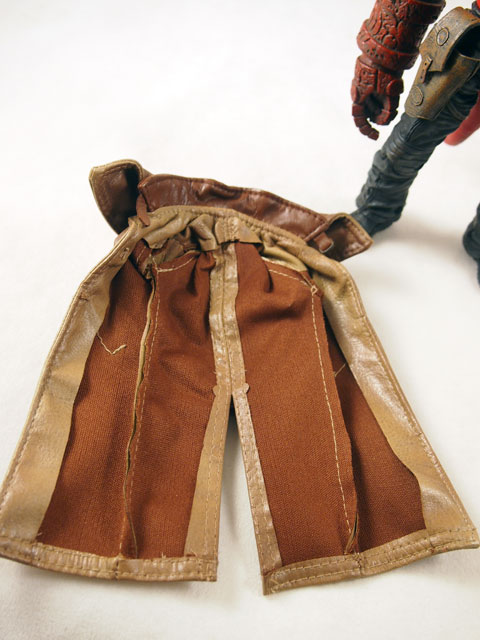 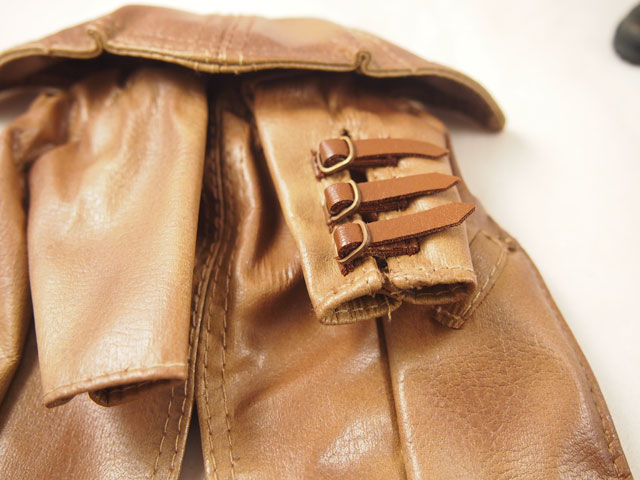 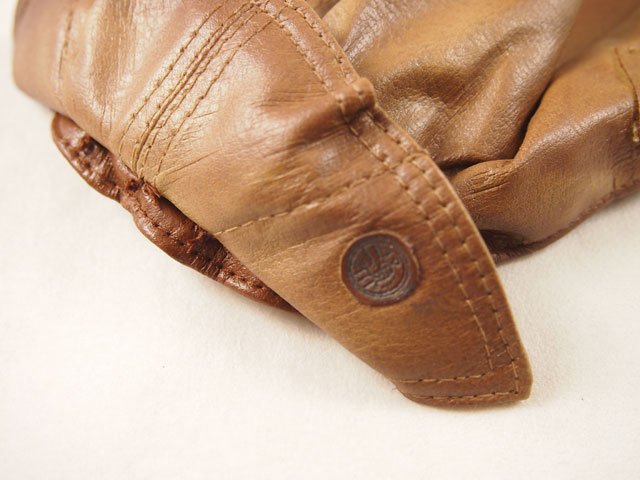 the coat is a nicely detailed pleather, with straps and even a BPRD badge on the collar. 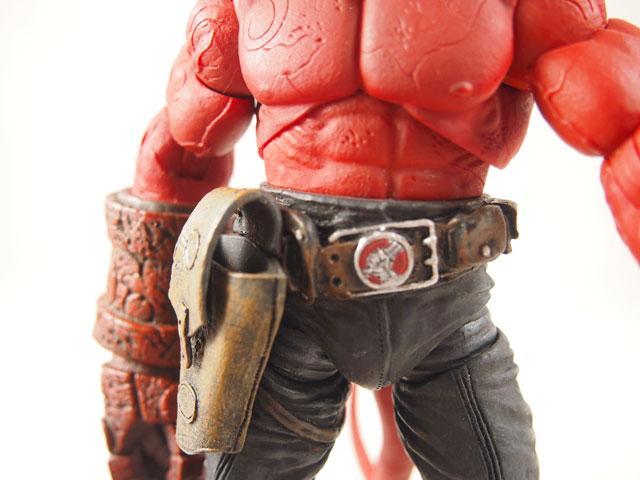 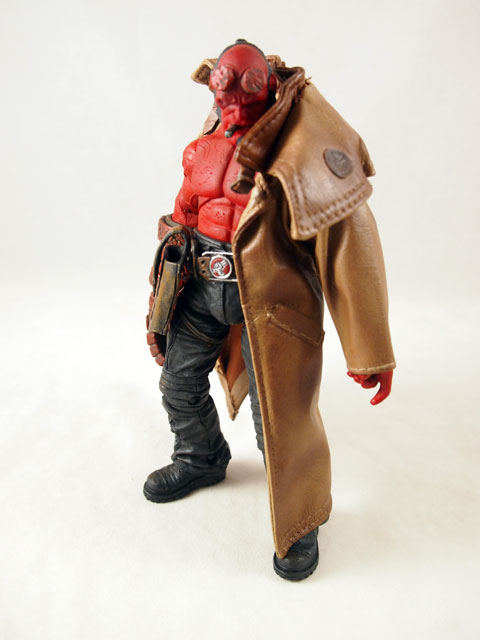 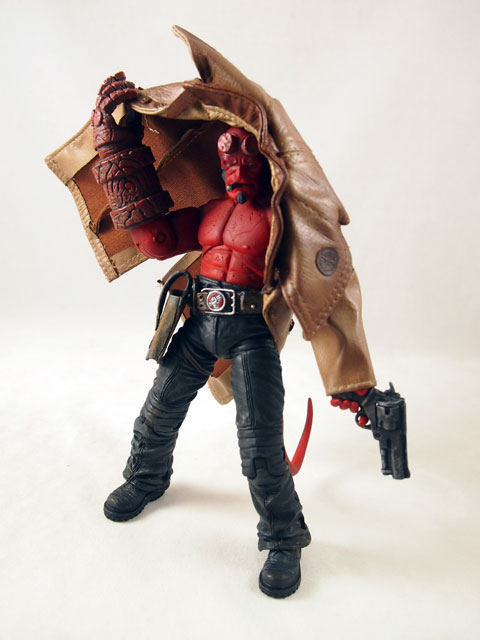 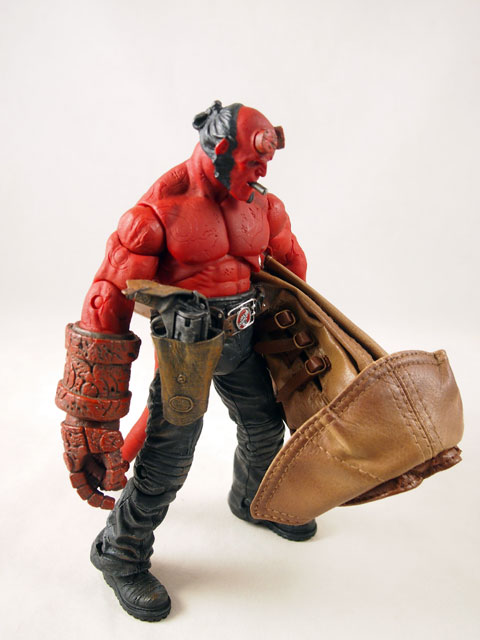 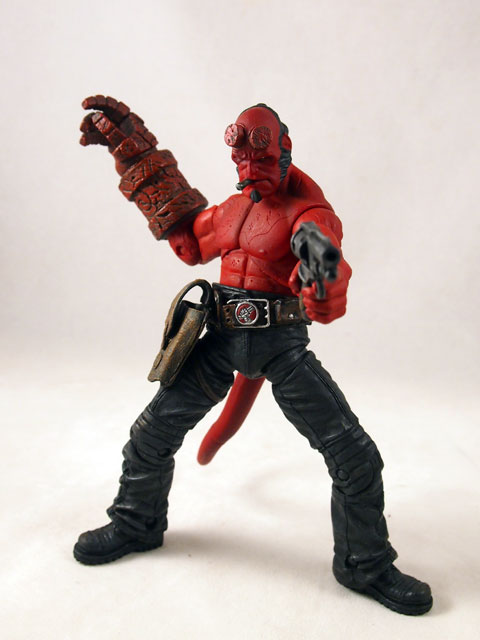 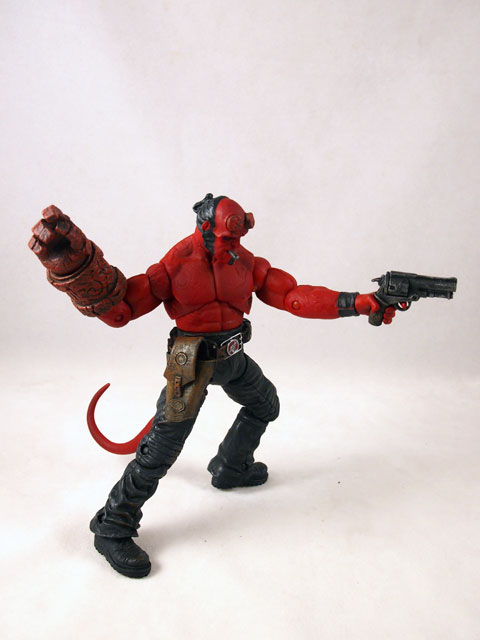 I regret getting rid of this, and may track it down again someday.