Each toy is sold in a bag with a colorful header card. The header cards may be the most interesting thing about them. The say made in China, by a company called "Boby" ("Popy? Never heard of 'em") which is written in Japanese on the lower right-hand corner. The upper right-hand corner says "Jumbo Machinder Power Punch Model" in English, even though no power punch feature is included. Below that it says "Jumbo Machinder" misspelled in Japanese. Lastly, each card says "Grendizer" on the front, regardless of which robot you are actually buying.

As for the toys themselves, they all share the same generic body slightly modified to suit each robot. Great Mazinger has a separately molded piece of plastic for the V on his chest, though it is a little too flat for my liking. He also has a sticker with his name written in Japanese on his waist. The sculpt and paint job on the head are very good, but unfortunately, the neck seems to be a bit asymmetrical. It's very slight, but noticeable when you look for it. The Scramble Dash is fixed in place. Probably the worst part of the toys is the tops of the fists. The mold here is very flat, which is a shame because the fingers on it my be the best part of the body. 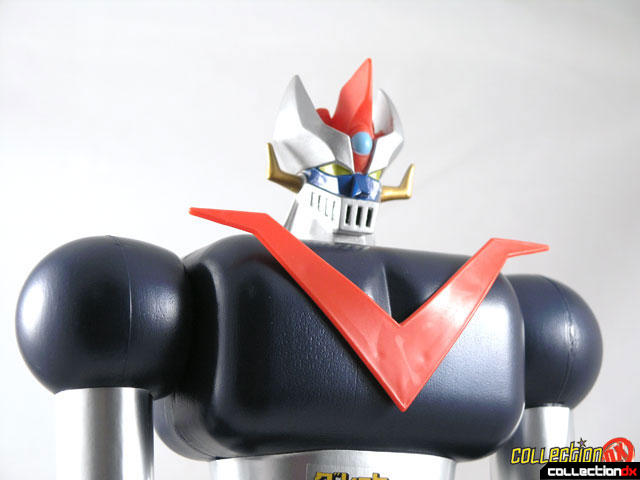 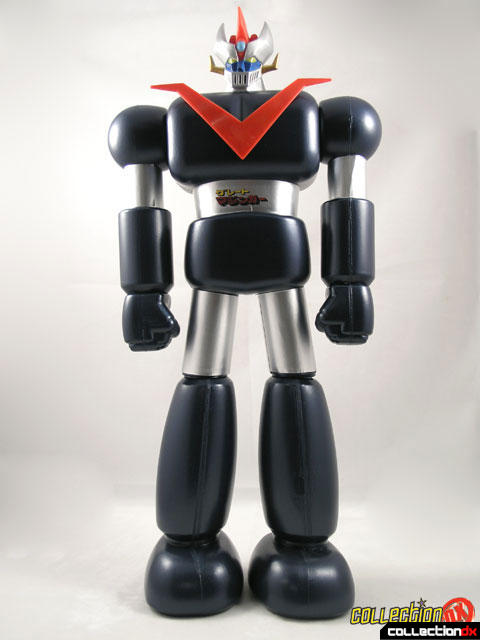 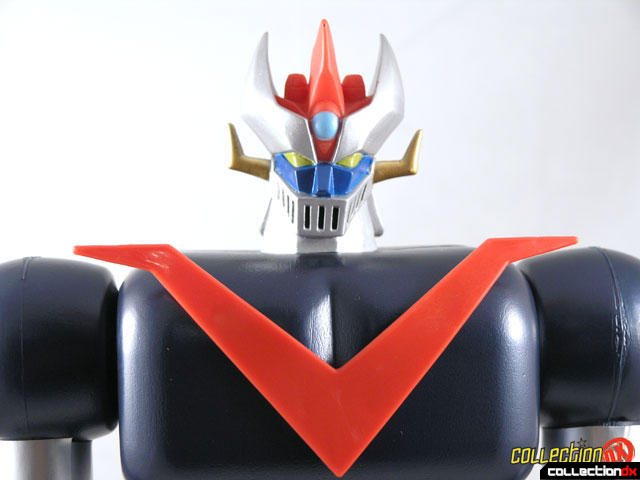