Getter 2 is a near-perfect replica of the original Chogokin release, scaled down to about half the size. Originally released in 1974, the GA-03 was the third Chogokin toy ever released. This new version captures all the detail or gimmicks of the original, just a bit smaller.

The box maintains the theme of the other THE Chogokin boxes, with the classic silver border and a uniform size. 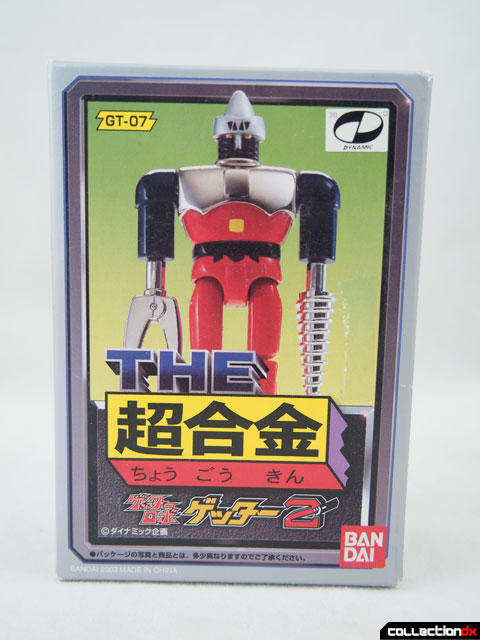 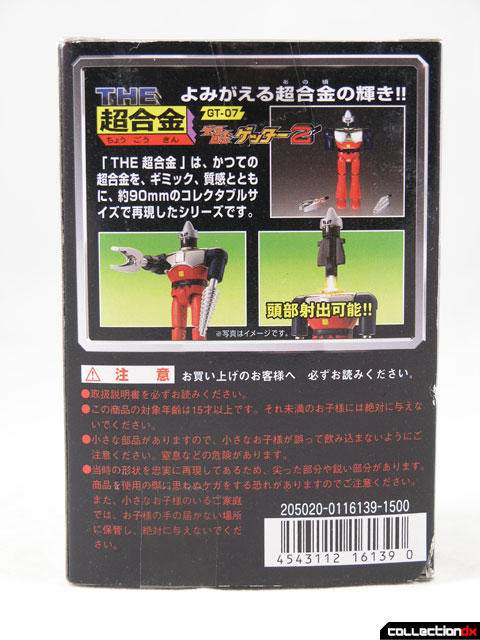 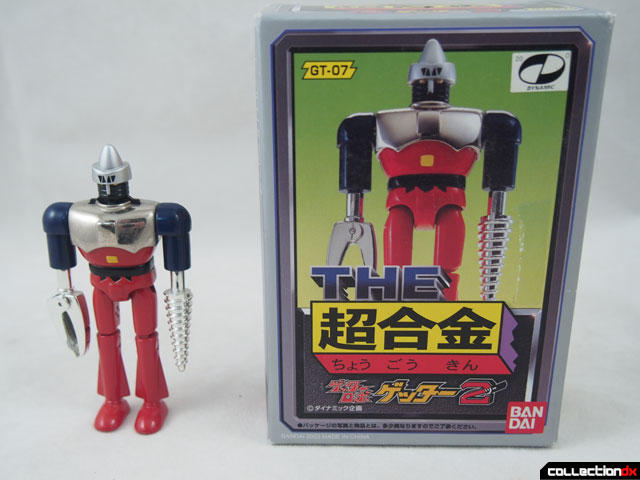 Here you can see a comparison with an original vintage GA-03. Ok, so maybe it's 3/4 the size rather than half. You can see that the smaller GT version has a painted torso. This represents the first release of the GA-03 - later versions have unpainted torsos as shown here. 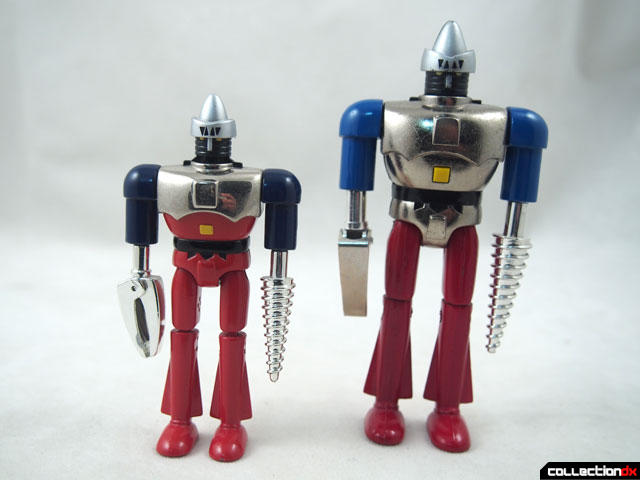 The toy features almost fully diecast construction, the exceptions being the head and arm attachments. 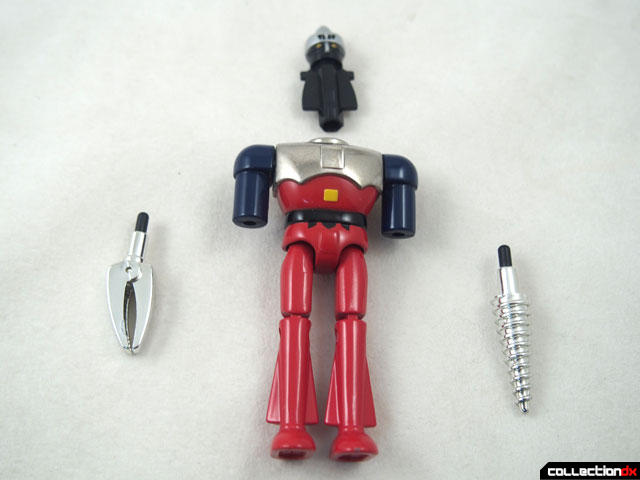 The head launches via a spring-loaded gimmick that is activated by pressing a button on the back. 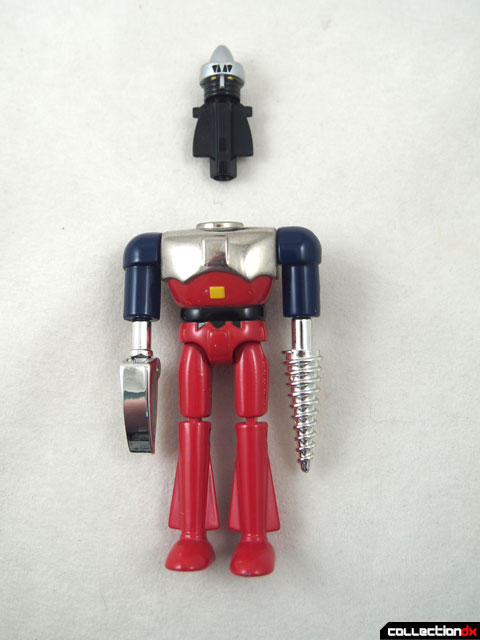 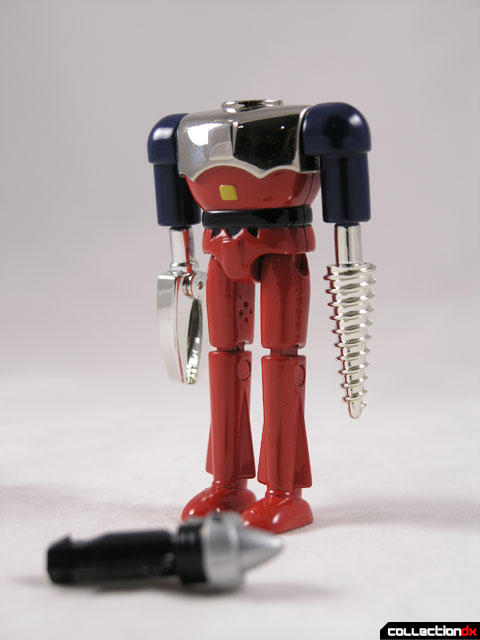 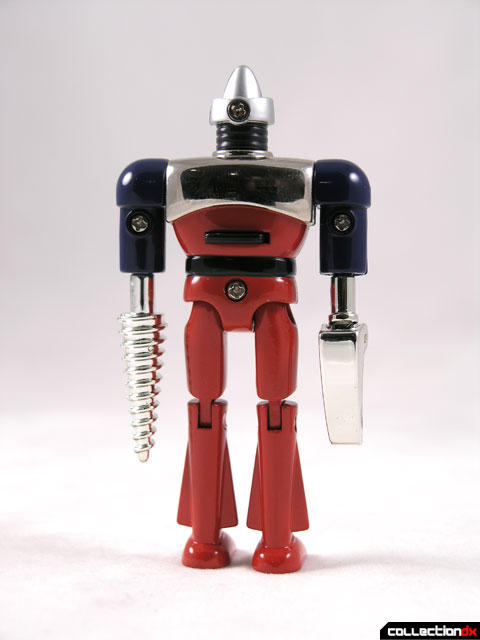 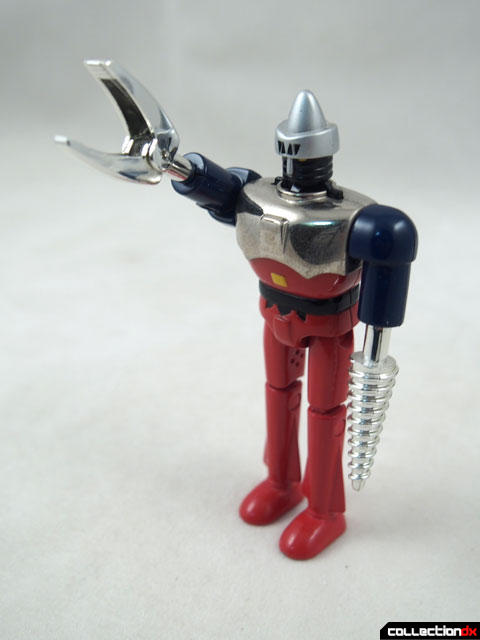 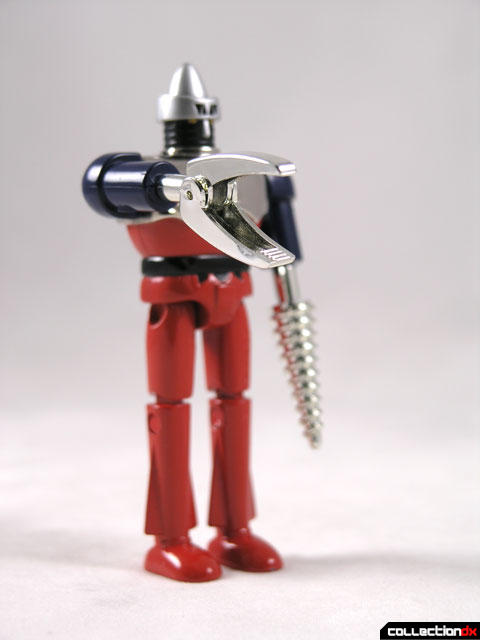 The other arm features a glorious chrome drill. 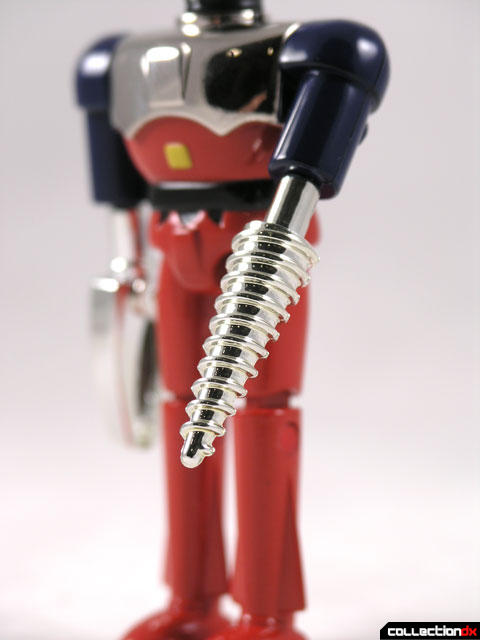 It's a great solid piece that feels great in your hand. If you don't want to spend a fortune to get a bit of Chogokin history then the THE Chogokin line is a great choice. 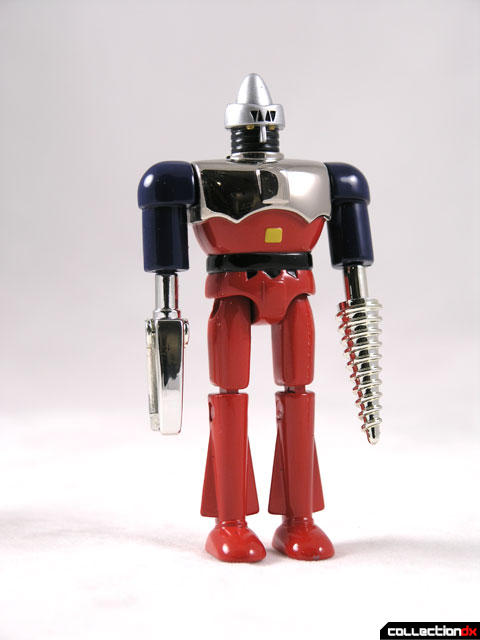 Still looking for Voltes V. I wonder why that one is so hard to get.