Gantsu Sensei (ガンツ先生) is a character from the 1974 series Ganbare!! Robocon in which he is the head teacher at the Robot Academy. Gantsu Sensi also built all the robots in the school (Except for Robin-Chan) and he often wonders who built him (it is never revealed).

Each week it was Gantsu Sensei's responsibility to score all of the robots performace, and usually that meant Robocon getting a Zero (if you got a 100 you got a heart).

This version of Gantsu Sensei is a replica of the classic Popy Chogokin, scaled down for the THE CHOGOKIN line. It's an exact replica of the original, just in a smaller size. 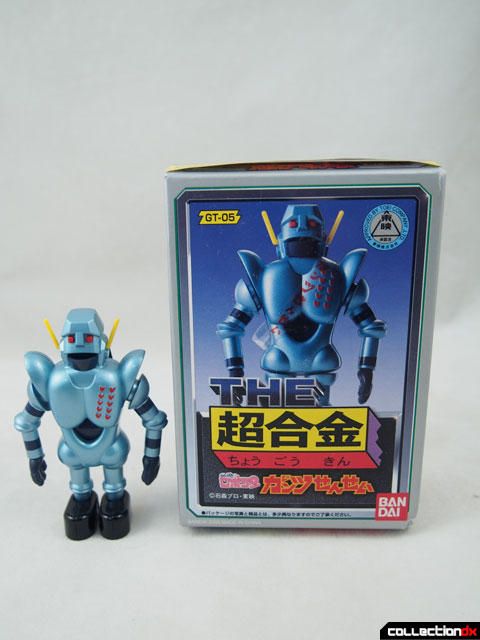 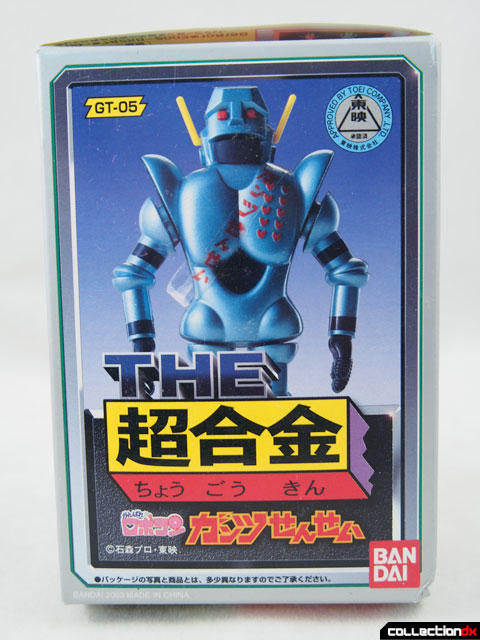 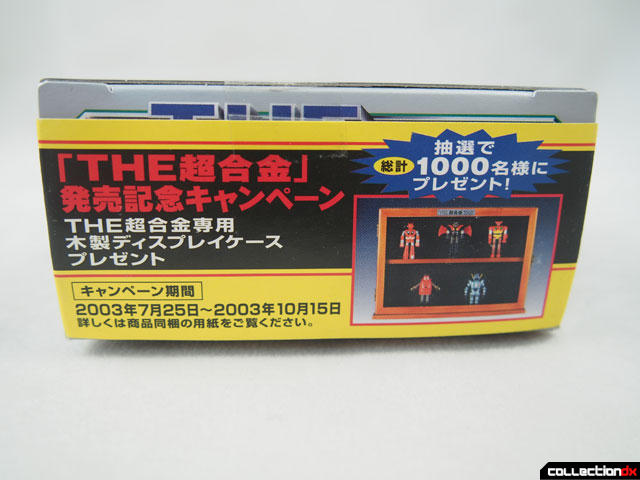 Gantsu is a big hunk of metal. Almost the entire thing is diecast, with articulation in the arms and legs. 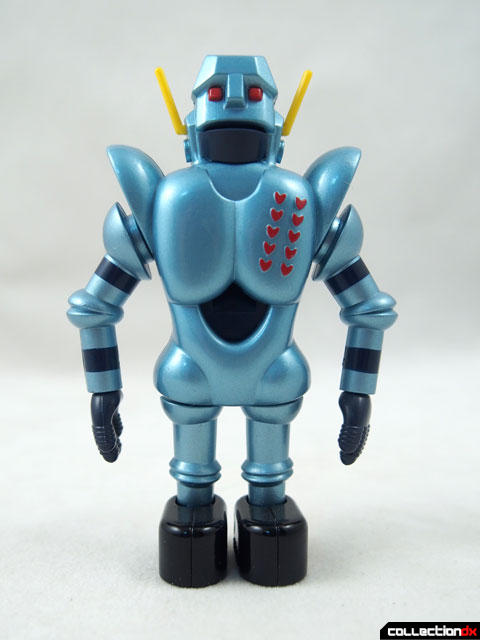 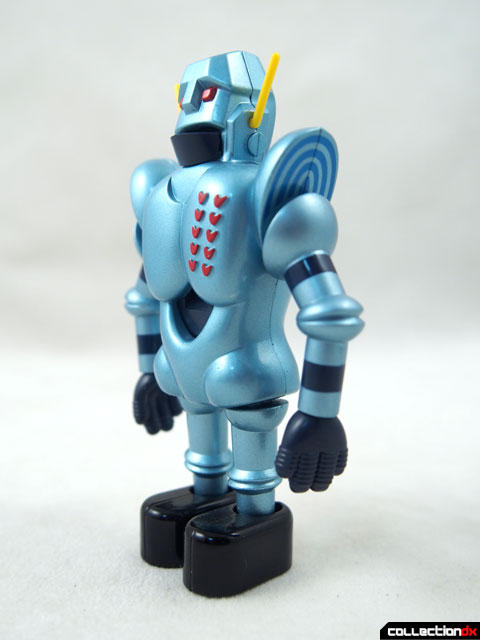 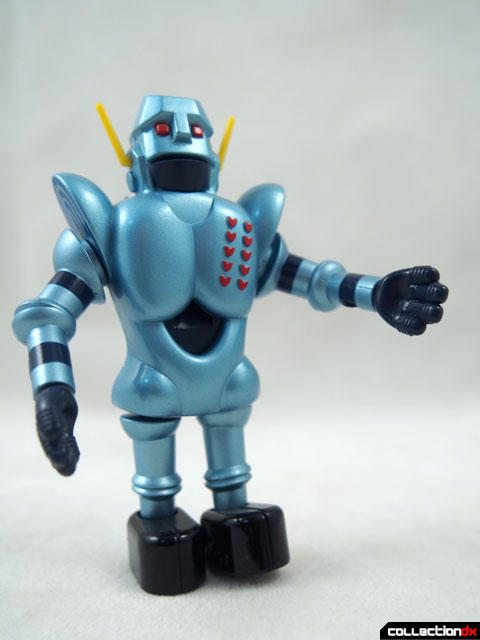 Gantsu's main action feature is the ability to feed a score card into the mouth, and then with a turn of the dial on the back it gets fed out a hole in the abdomen. 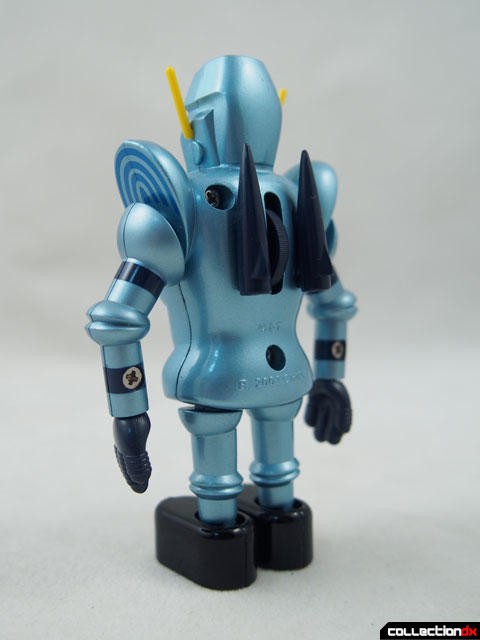 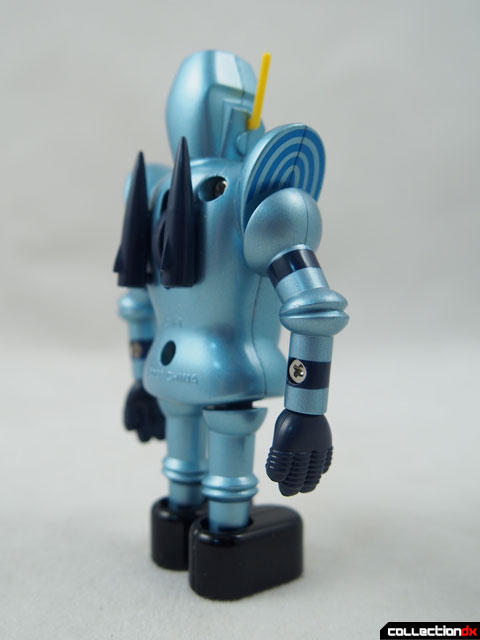 Also included is what looks like a pageant ribbon. The ribbon reads "ガンツせんせい" (Gantsu Sensei) 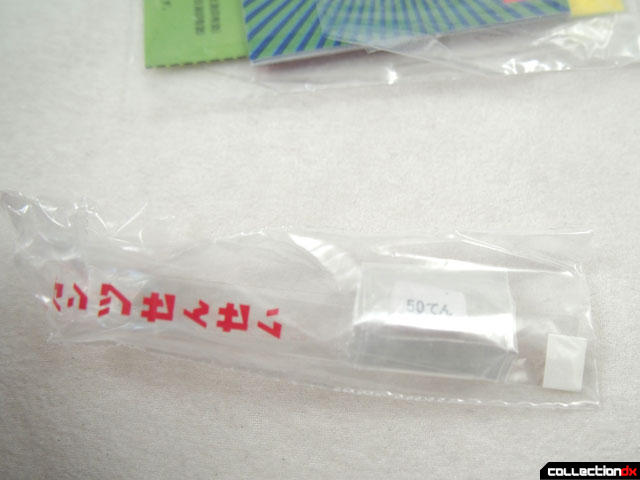 THE Chogokin series is always a great stand in until you can get the real thing.