This is a bootleg of the DX Dodekabutack, originally released by Bandai in 1997. Dodekabutack was a big robot that Kabutack, another robot, could ride inside. 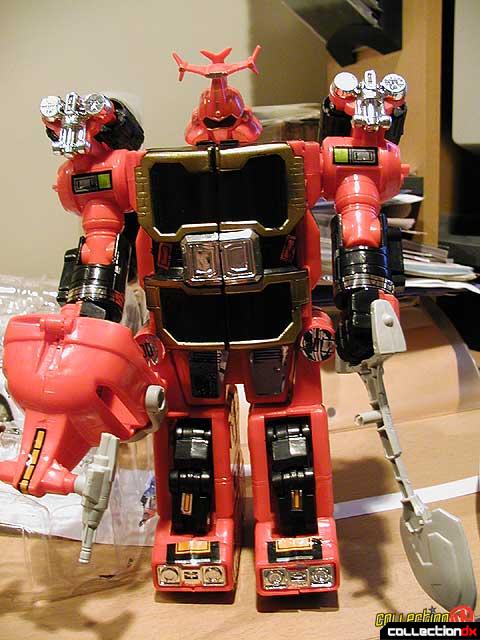 Kabutack was a live action show similar to Robocon, with human actors inside of robot suits. Bandai released a series of "Super Change" toys for the show in 1997.

I came across this bootleg at a flea market in early 2005. There are a couple of things worth mentioning here that make this bootleg pretty cool, and different from the original.

The quality of the bootleg is just ok. The most glaring problem is the head. Some error in the manufacturing keeps it from laying flat when transformed. Also some stickers are in the wrong place, there is substantial leftover sprue,
and the plastic feels cheap. The small version of Kabutack has loose limbs. 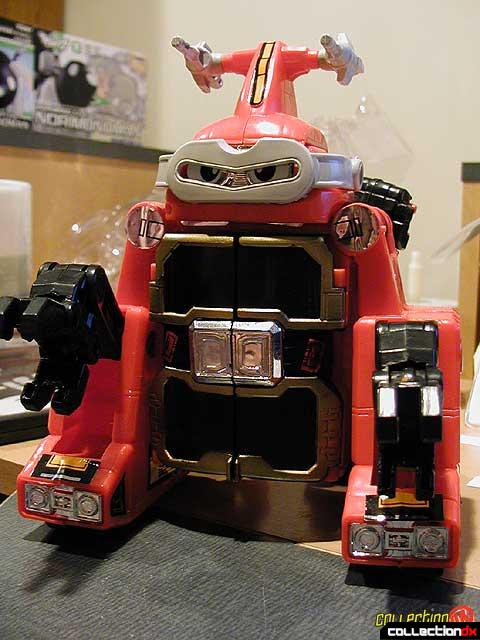 On the bright side, the toys fully transform into both modes, and come with all their original accessories. The goggles in the squat mode are rubber, and can be lifted over the head. 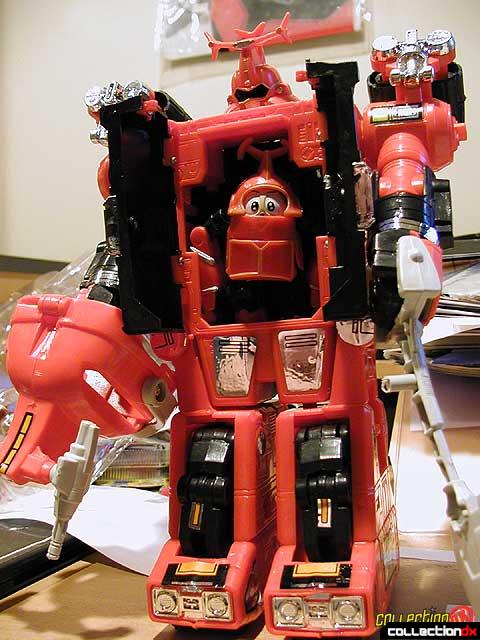 I was shocked to see a bootleg of this toy, never mind at a flea market in New Hampshire. If you see one, and the price is right, grab it. I paid about 10 bucks for mine. 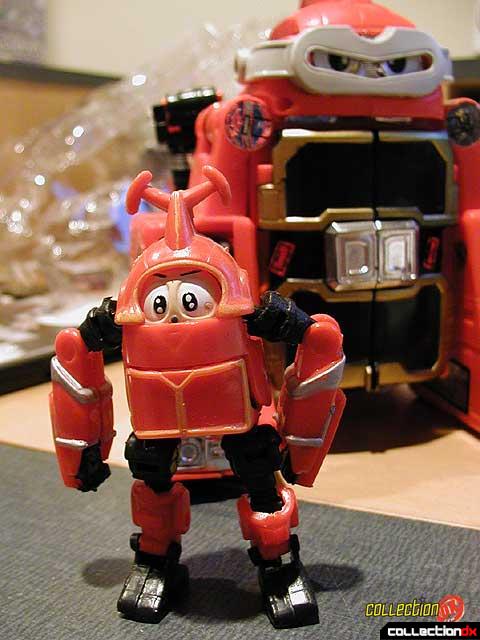