This is a two pack of figures from the popular TEEN TITANS animated series. 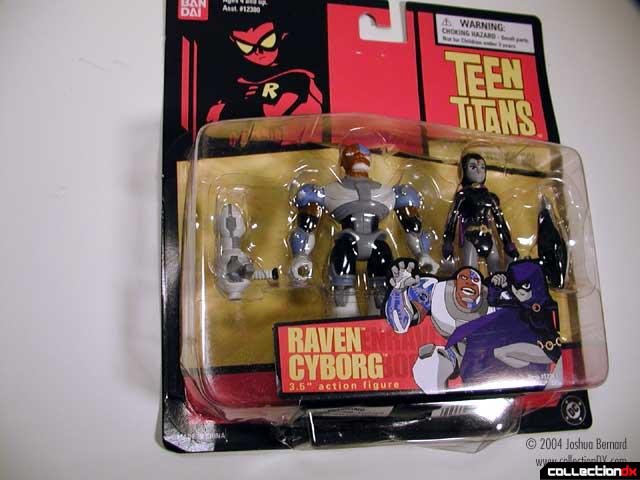 This set includes Cyborg and Raven, and both include a weapon. 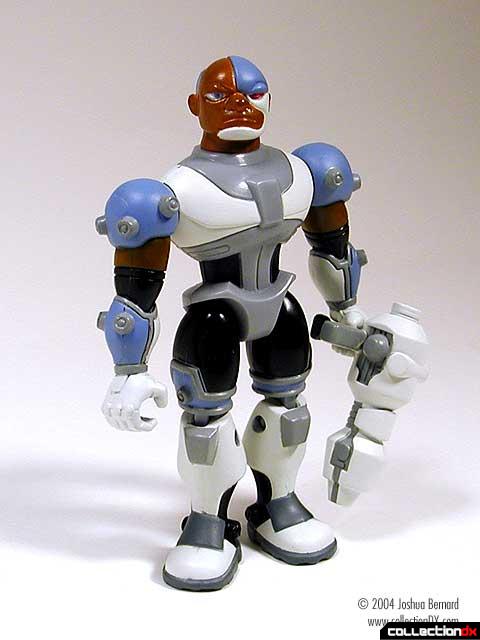 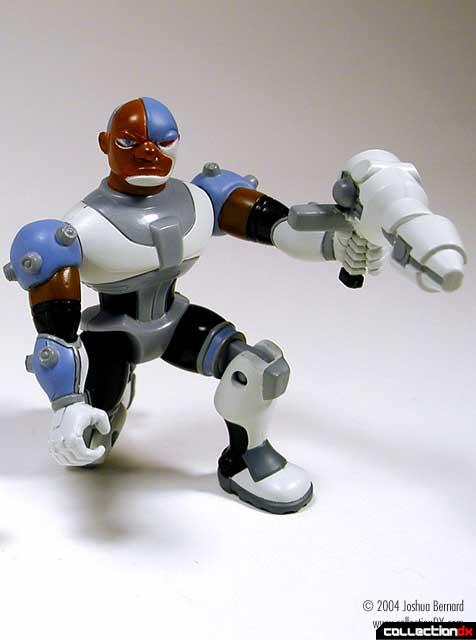 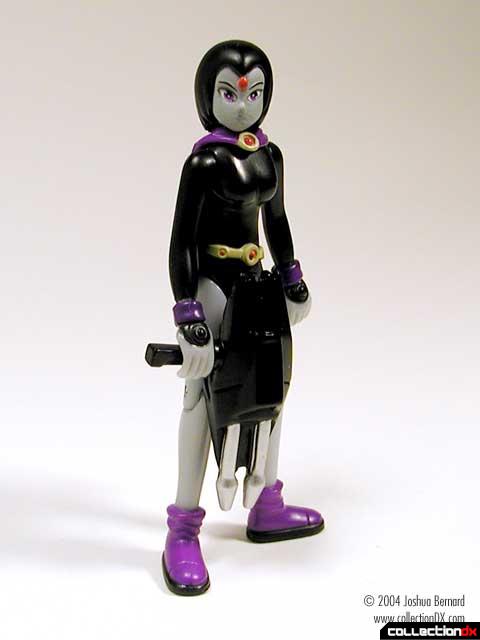 The figures are nice enough, and are decently articulated. At 3.5" they are a little small for my tastes. The included weapons are large and awkward looking, but I think that's for safety reasons. Some of these figures were designed to drive vehicles, so the arms are stiff and fixed, while the rest of the body is fully jointed. 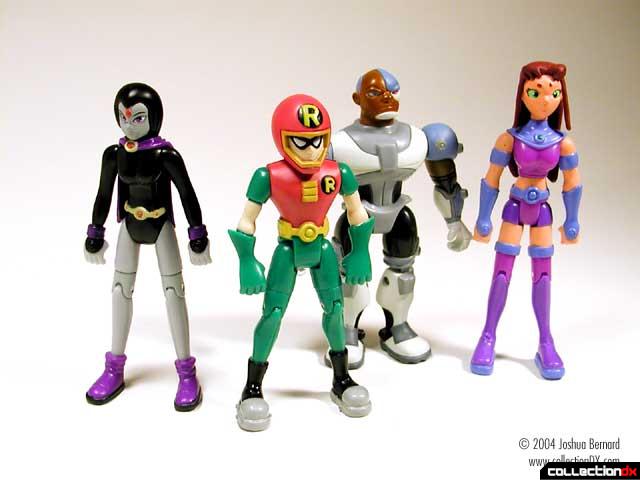 There's nothing really wrong with these figures, but there's nothing really great about them either. With a show as spectacular as the TEEN TITANS, you would think they would be a little more dynamic. The anime styling and energy of the show just doesn't translate here. Raven looks absolutely horrible. Where is the long flowing cape, and hood that define her character? Cyborg also is too small in relation to the other characters.

These toys are fine for smaller kids, but not for collectors.