The Daleks are a fictional extraterrestrial race of genetically manipulated mutants from the British science fiction television series Doctor Who.

These are six inch diecast renditions made by Underground Toys for the BBC. Sold separately, they came in the normal black and command gold. 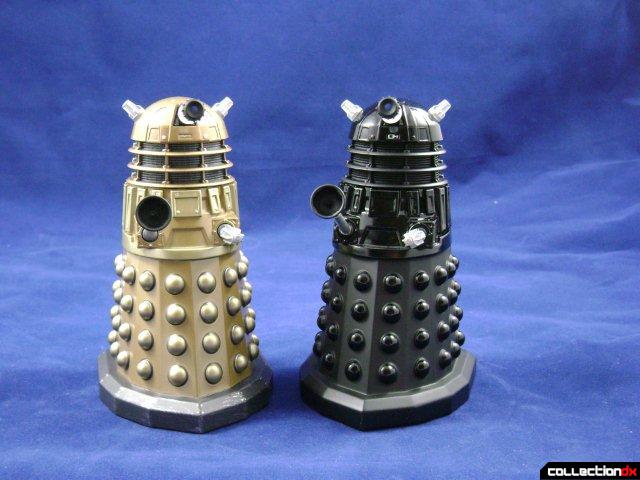 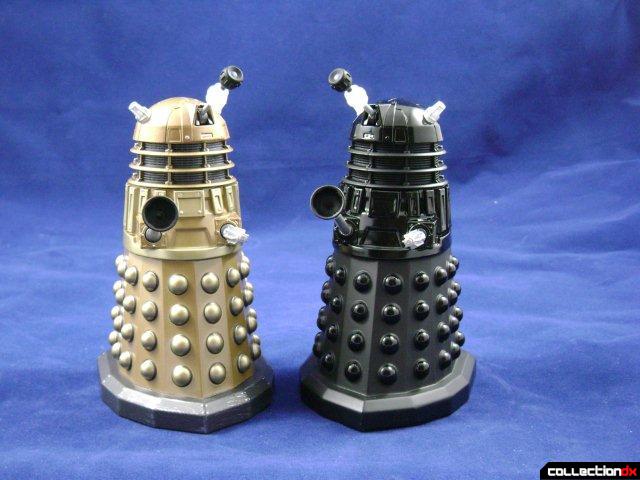 The box is simple and with nice center packaging that looks like the inside of the Tardis. 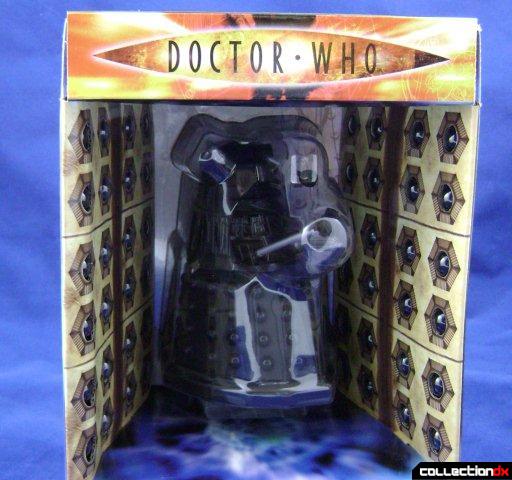 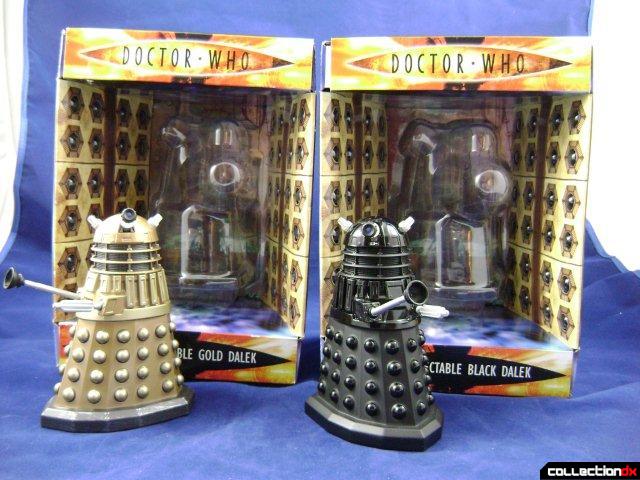 The Daleks are all die-cast except for their domes, eyes, and arms. 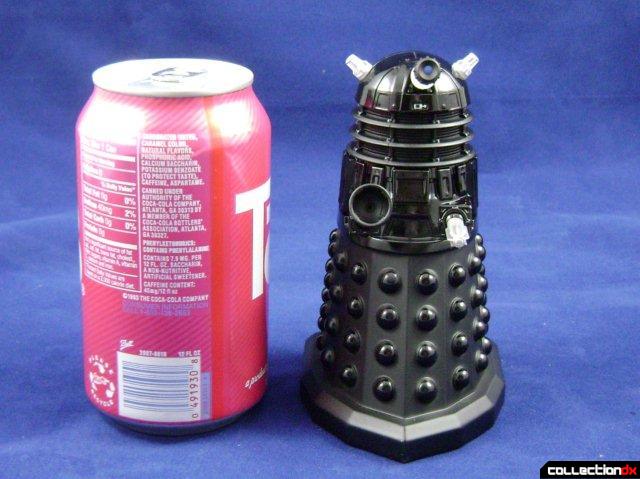 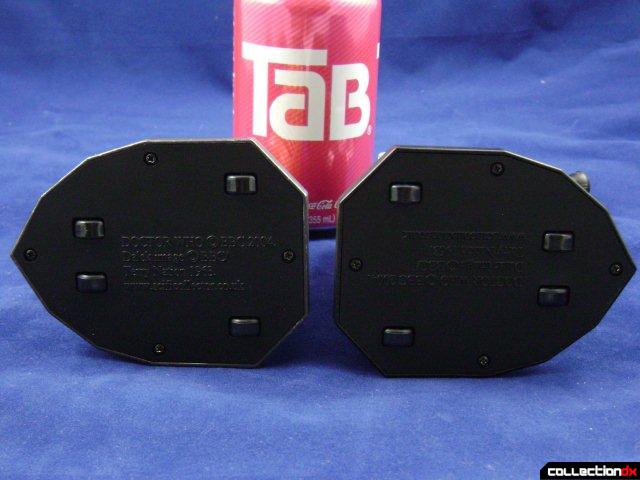 The negative is the only thing they do is rotate their the domed heads, and tilts their eyes. 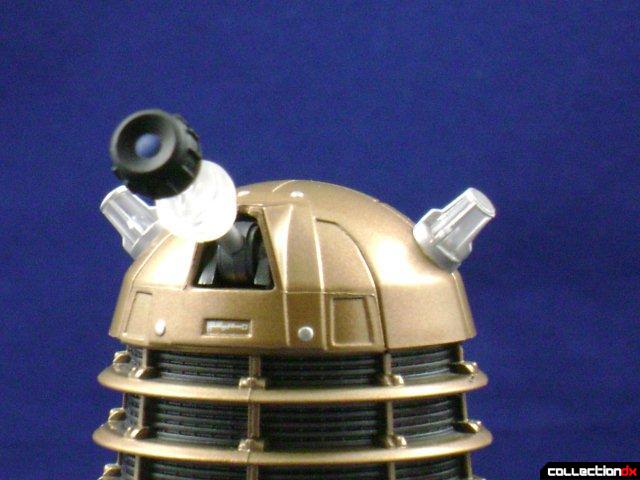 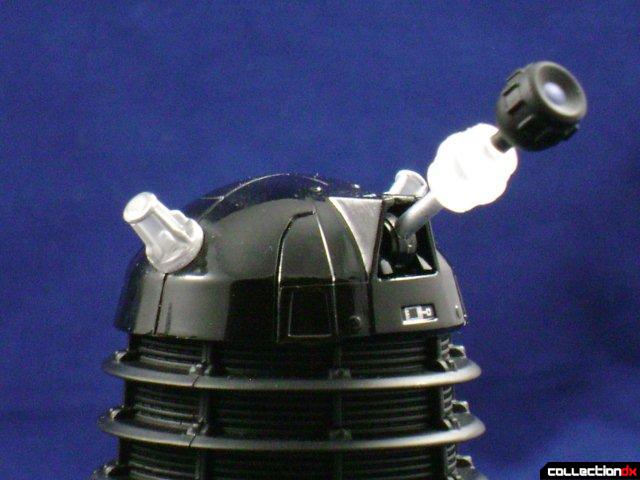 The blaster and arm look like they should be movable on a ball pivot... but unfortunately, they do not move. 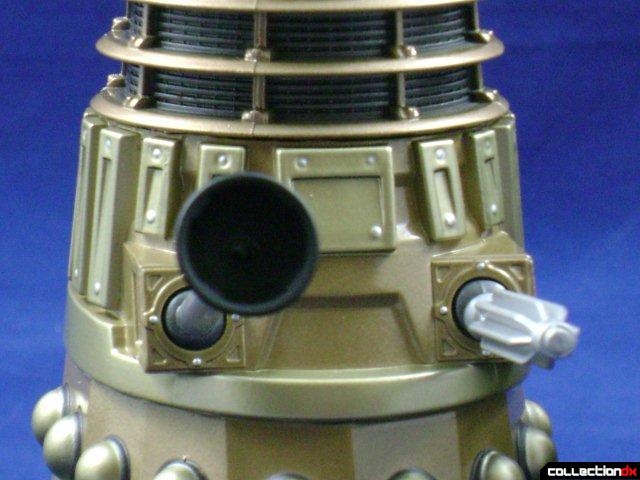 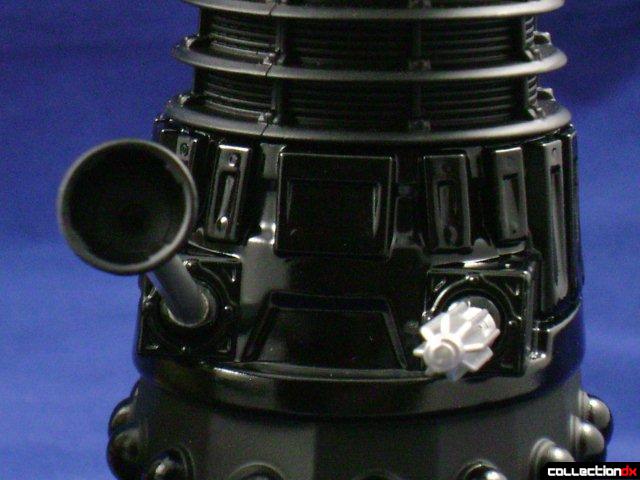 They do have nice detailing... 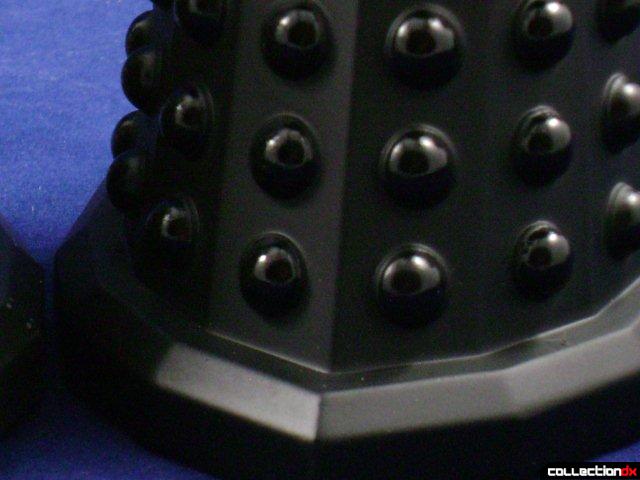 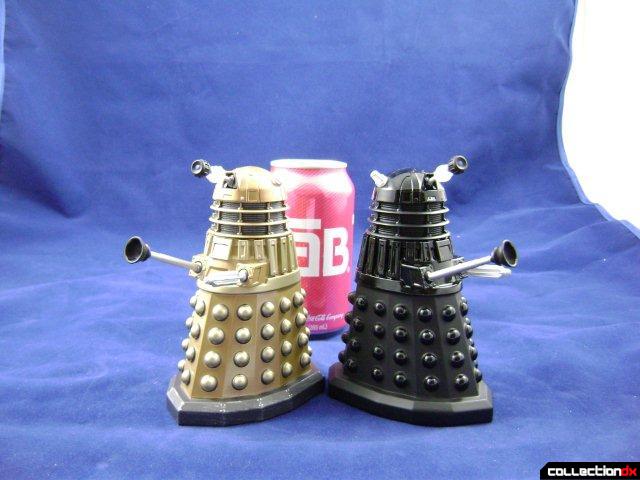 Rollers on the bottom to slink around... 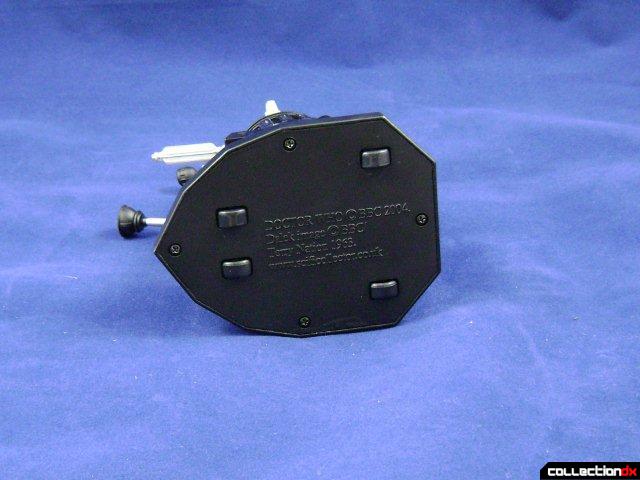 And can do their very limited dome spin. 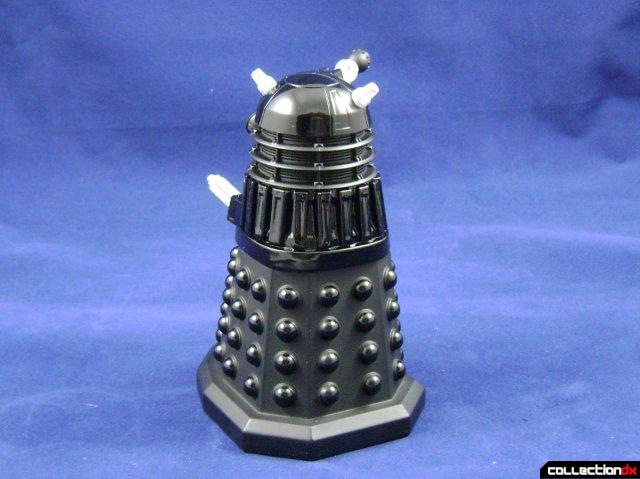 These two were listed together (originally had as separate reviews, seemed wrong) because there is no difference other than paint scheme (gold does have a weathering look at the base). 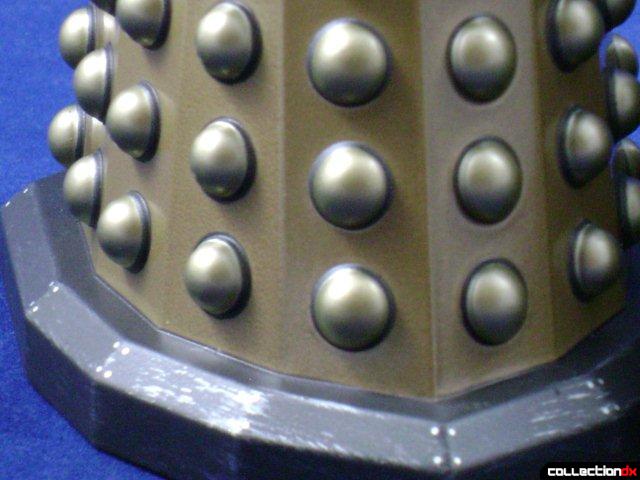 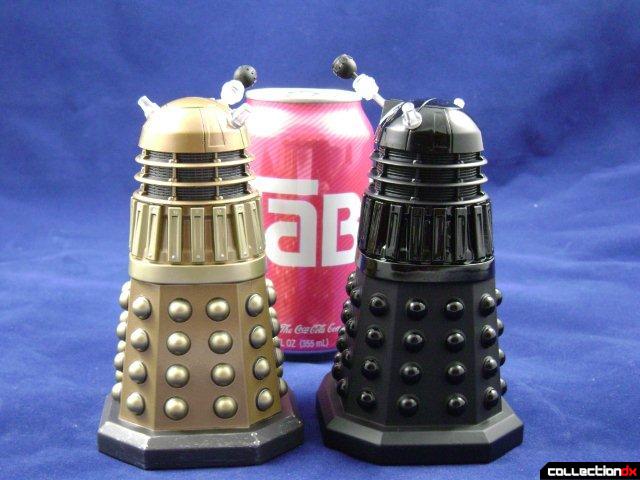 The figures were climbing into the seventy dollar range, but then all of sudden can easily be found for anything from fifteen to twenty dollars including shipping! 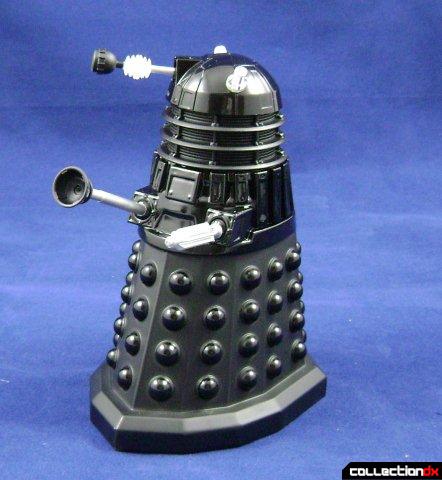 They are not a toy and do very little, but they are great for the price. I sold them off a couple of years ago but missed their die-cast goodness (evilness?) and repurchased at the reduce price. 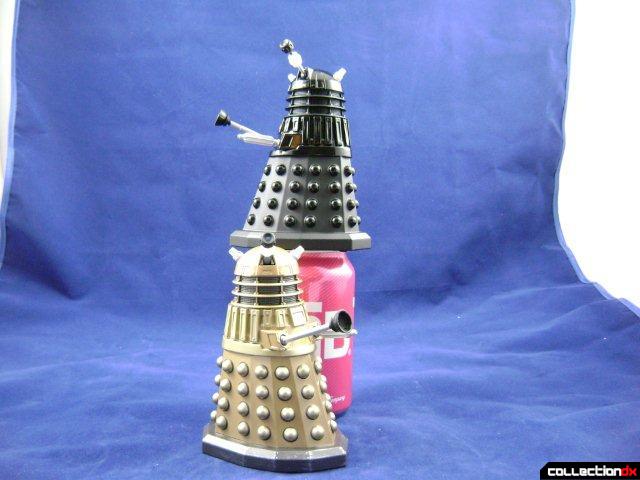 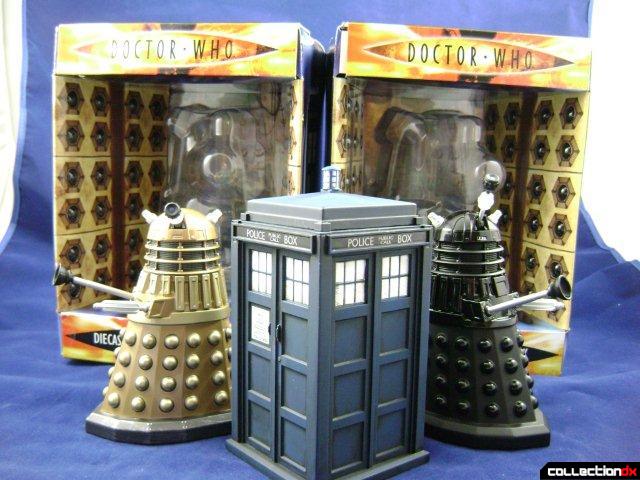 5 comments posted
Tired of Daleks that only revolve their heads?

There is a range of "Micro" Daleks available which feature pull-back motors and several voice phrases. Unfortunately, I only ever bought the one and gave it away as a gift to a friend.

...theres a long-standing story about the creation of the Dalek design, that the person responsible was indeed inspired by a set of salt and pepper shakers! However, I can't recall the reason, but I seem to remember reading somewhere that story is a bit of a myth...

I still think it is so great they made villain that until the newest show...rolled around, looked like a bath tub, and had a plunger for an arm...