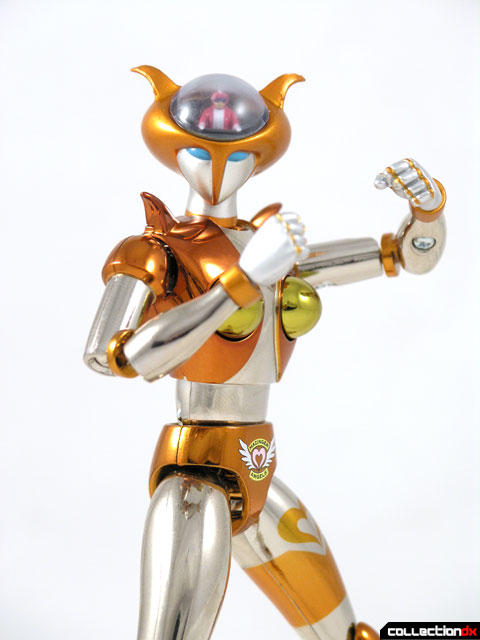 Aphrodai A (マジンガーエンジェル アフロダイＡ) has an updated paint job, new weapons and some slight mold changes. Like the original, it's mostly diecast metal and fully articulated. While this version has a more dynamic look, I prefer the classic design, mostly out of nostalgia. 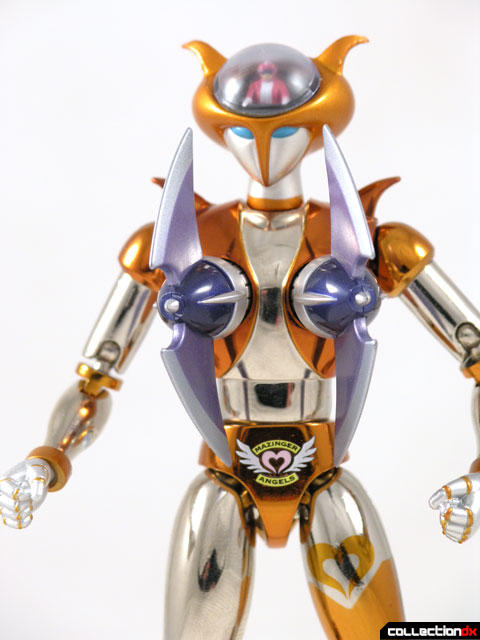 Any of the Oppai (breast) missiles can be fired by buttons on the back. To be honest, I think they are kind of silly, but Aphrodai wins points for having CHAIN weapons. 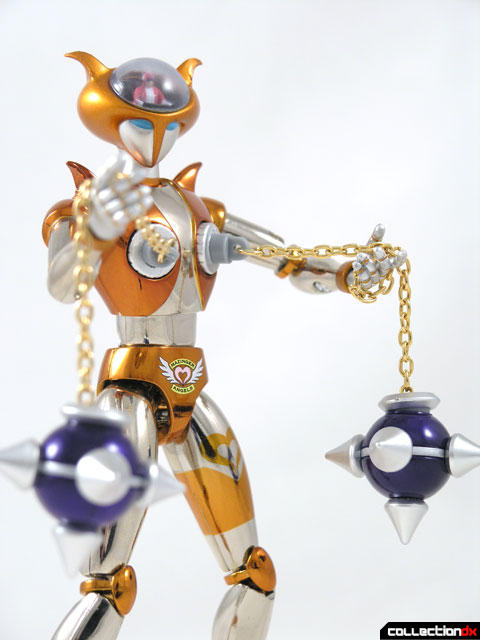 The sword is kind of cool, but it is not made of metal. Aphrodai can hold the sword in either hand, and the stand has a place for it when not in use. 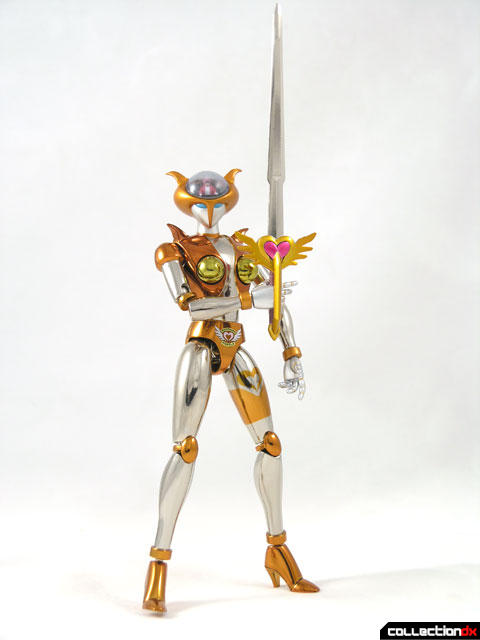 The stand is basically the same stand as the previous Aphrodai. Bandai remains inconsistent with their use of either labels or nameplates, this time opting for labels.

The Hong Kong version of this toy came with a special premium, a metal compact. It's a clamshell case with a mirror for doing makeup. The Mazinger Angel logo is on the outside, while Aphrodai A's head is embossed inside.

While Aphrodai A is nice and shiny, I don't think it is an essential item. If you are a SOC completist, you will enjoy this item. 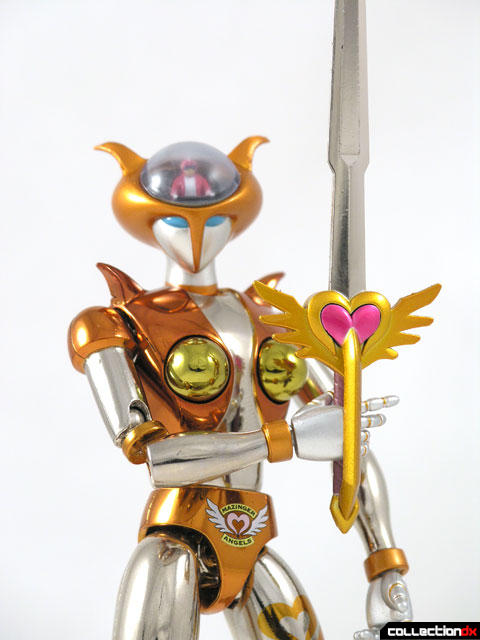 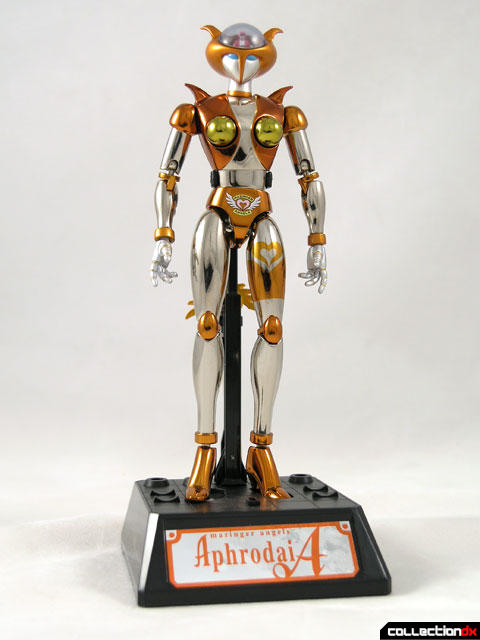 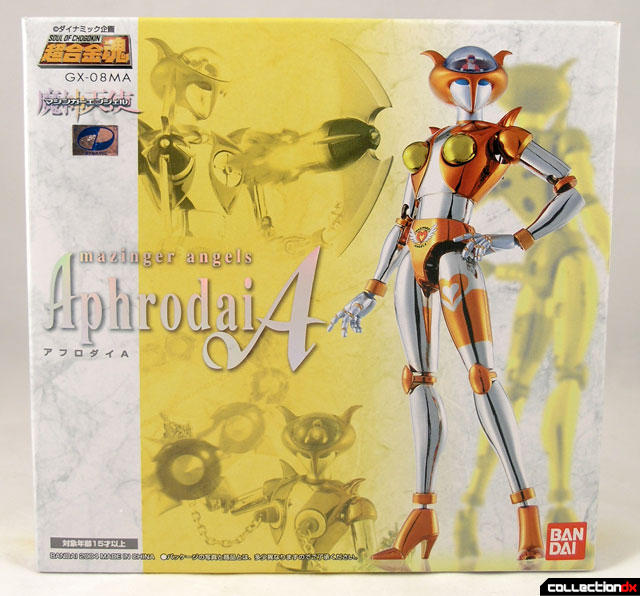 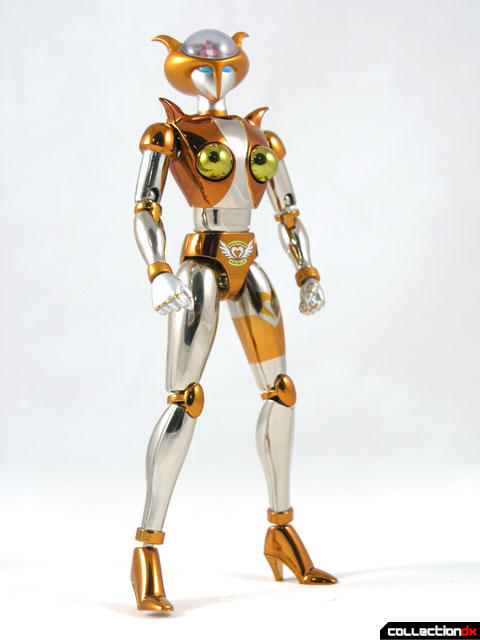 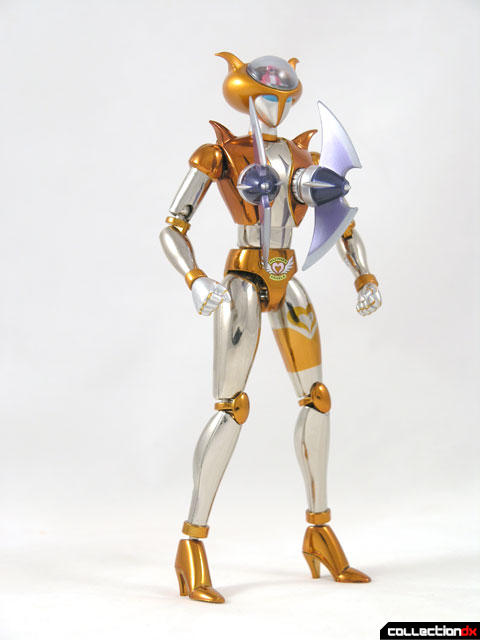 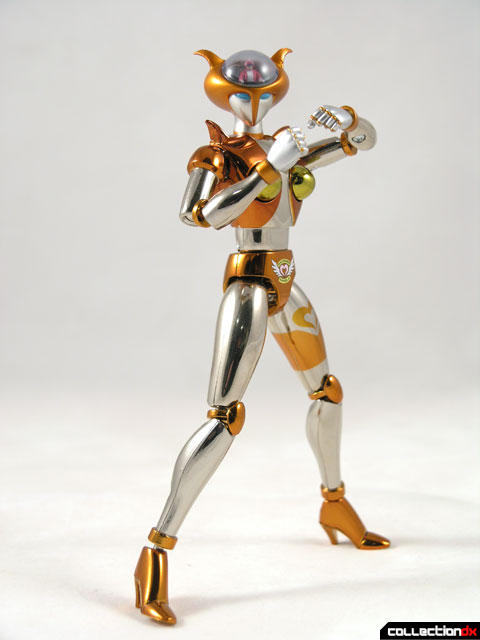 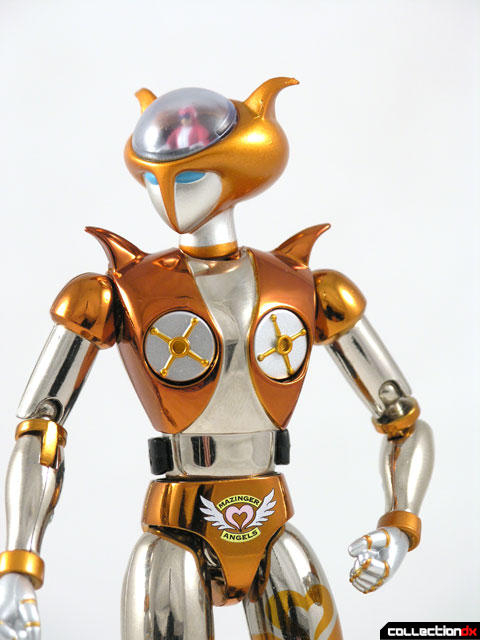 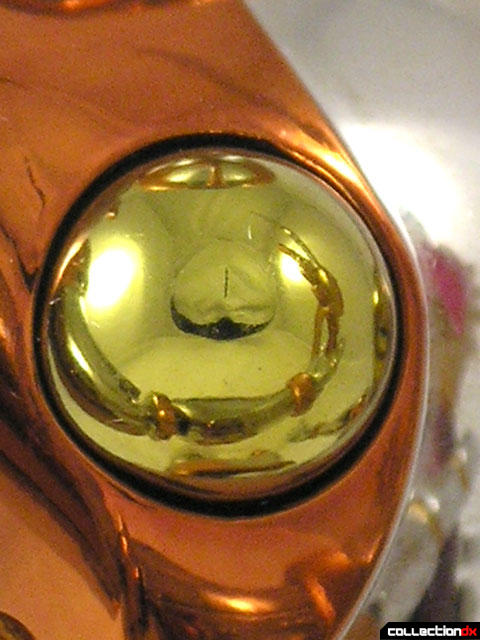 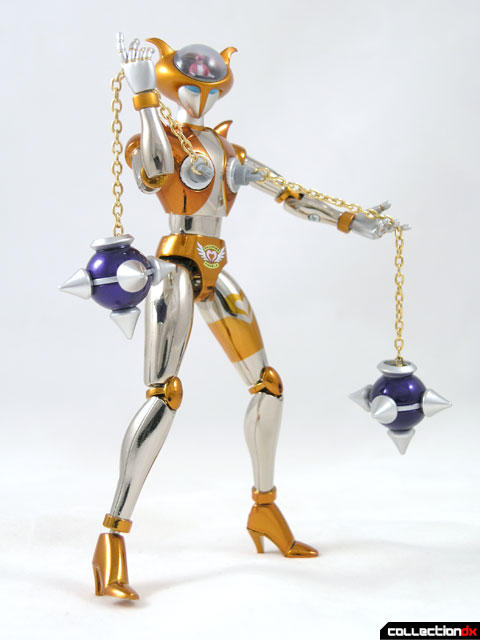