Speed-Bot is part of the new Go-Bots line from Tonka (a subsidiary of Hasbro). Not to be confused with the old 80's Gobots line, this line is a line of Transformers geared to the younger crowd. Featuring simple transformation and fun styling, the Go-Bots line was a great way for parents to introduce the concept of transforming robots to their young children.

There are actually 2 Speed-Bot toys in the Go-Bot line - a small racecar, and this dragster.

This Speed-Bot is a pretty fantastic toy, for both young children and for adult collectors. In dragster form, it's about 15 inches long. The front and rear wheels are hard plastic, and they all roll. There is a small drivers' seat that can fit one of the small Go-Bot drivers (sold separately). The really cool thing is that it has a working parachute. Just a flick from the engine compartment and the yellow cloth parachute springs into action.

Transforming into robot mode is simple. Separate the nose of the dragster to form the legs. Open the front foils (with a neat gear action), to form the feet. Pull the engine parts out from the side to form the arms, and then flip the engine hood up to reveal the head. The parachute acts as a cool wing in this mode.

The design of this toy is just awesome. Smooth lines, chunky proportions, and a big smiling robot face. Articulation is almost non-existent, limited to the arms, but for this toy it doesn't matter. It's just got funk written all over it. 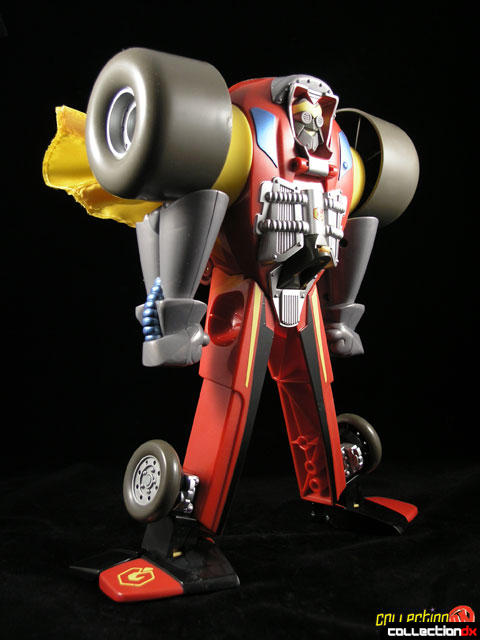 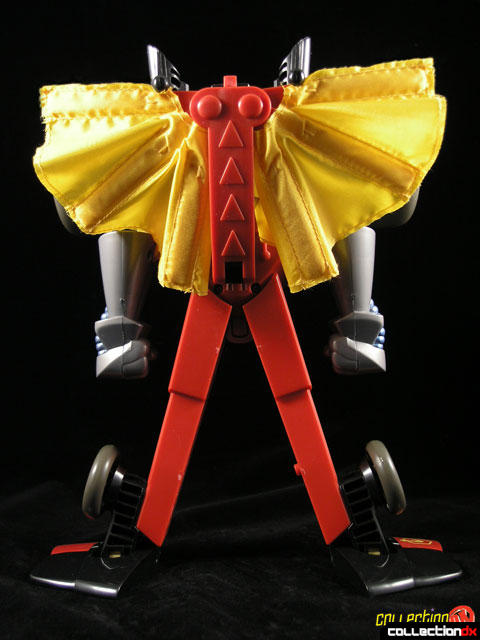 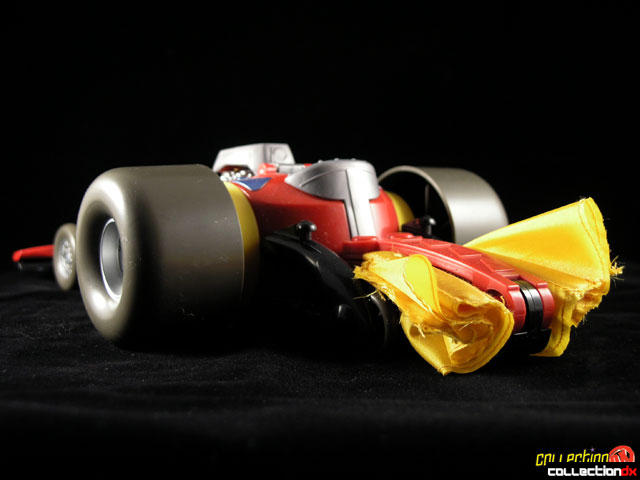 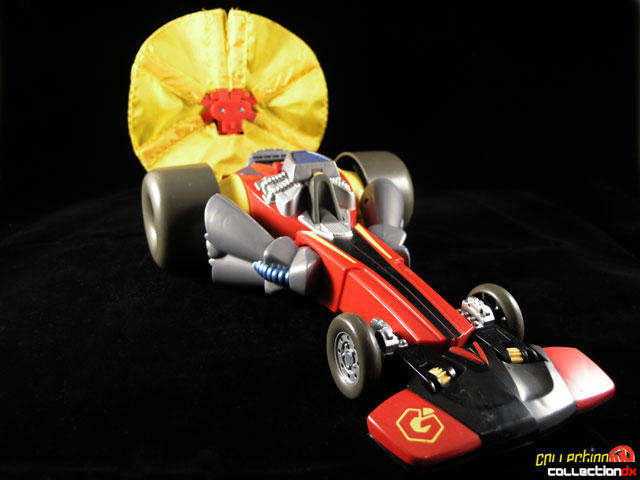 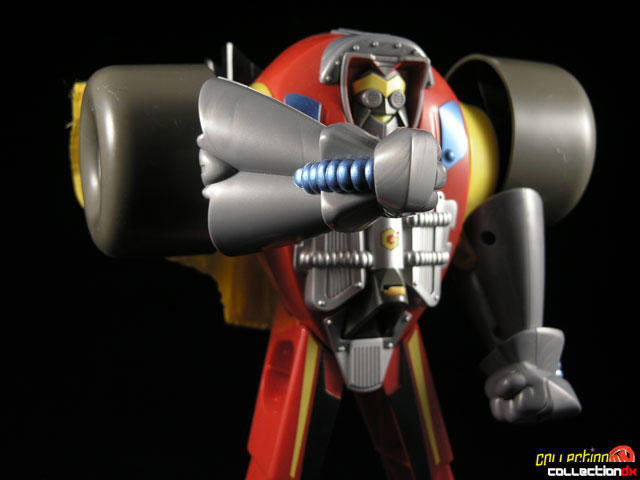 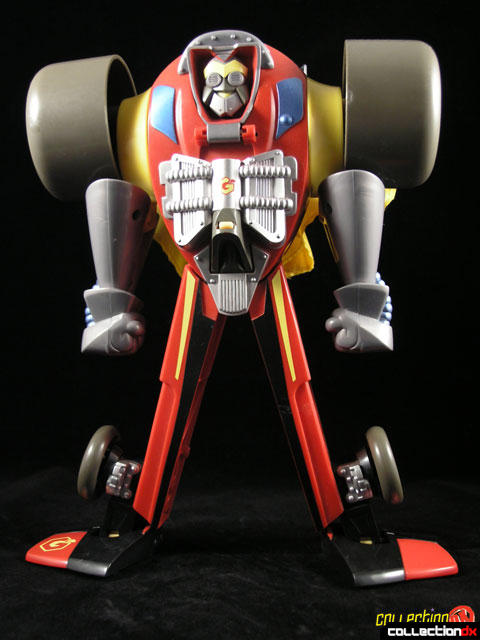