I have to admit, I am one of the few people I know that actually liked all the Matrix movies. The toys however, were a different matter. Most of them were just plain bad. It's common knowledge that I haven't been a big fan of McFarlane toys in the past, and the majority of the Matrix toys just reinforced that opinion. 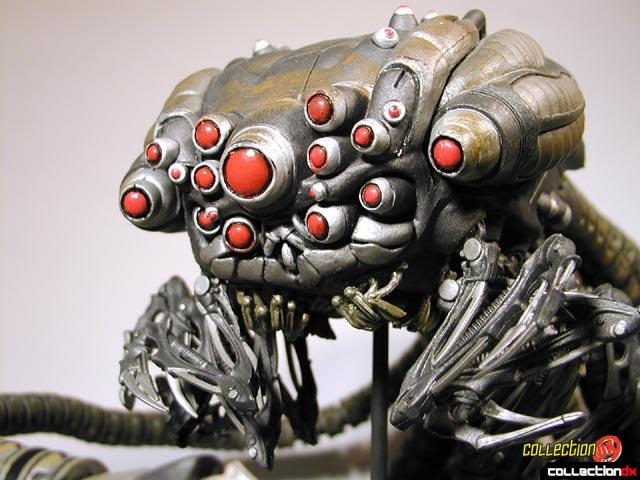 If McFarlane had any chance of redemption, it was through this figure. Did they succeed? Not exactly... but they came close.

Released in November 2003, the Sentinel Deluxe Boxed Set is truly an amazing thing to behold. With tentacles stretching out 27 inches, and some with fully articulated claws, you can tell that this is a labor of love. 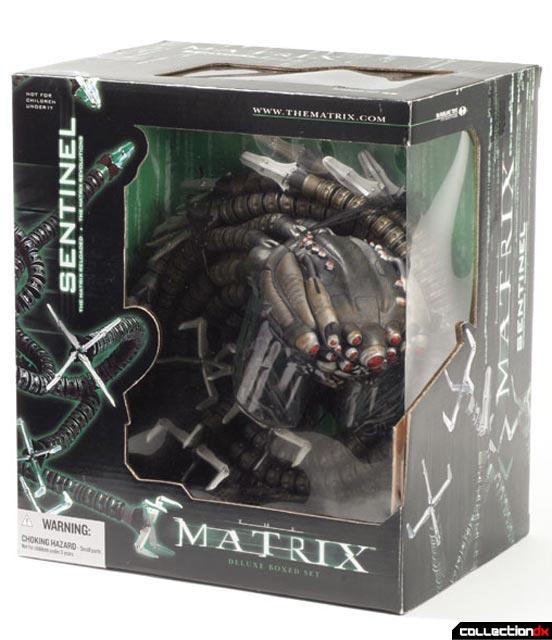 Each tentacle is fully poseable by way of an internal wire mechanism surrounded by a rubber sleeve. The rubber and wire is stiff, so it feels like each section is individually jointed. At the end of each tentacle is a claw. Some are fixed open or closed while some are fully jointed. 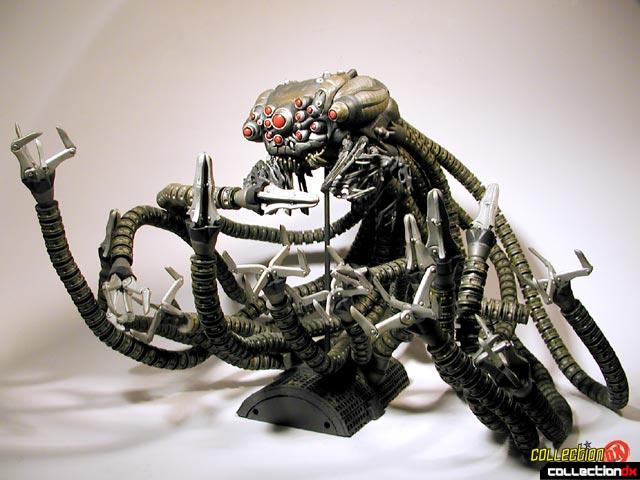 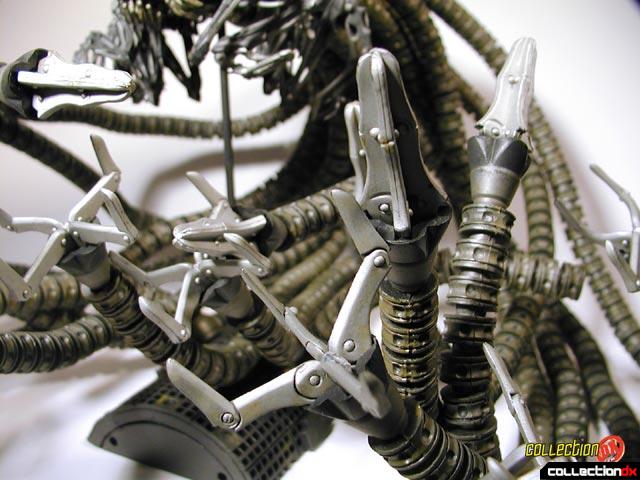 The tentacles connect to a huge, solid body, covered with dozens of crimson eyes. Beneath the body are 10 claws, poseable only by ball joints where they meet the underside of the sentinel. 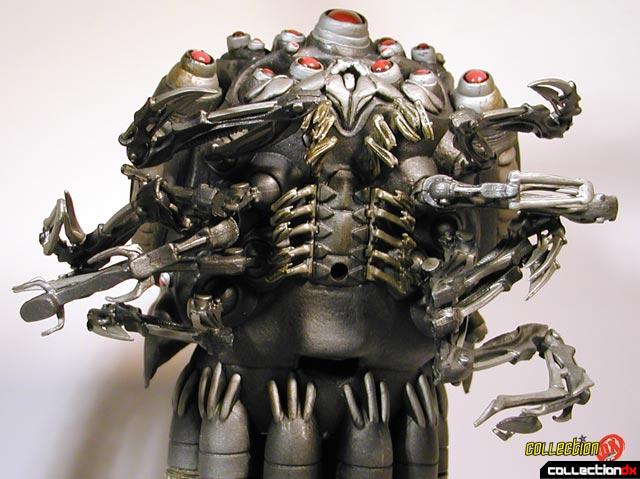 Also included is a base that is supposed to support the sentinel by means of a giant metal rod that connects to the main body. However, the Sentinel is too heavy for this base, and requires additional support from the tentacles to support it. 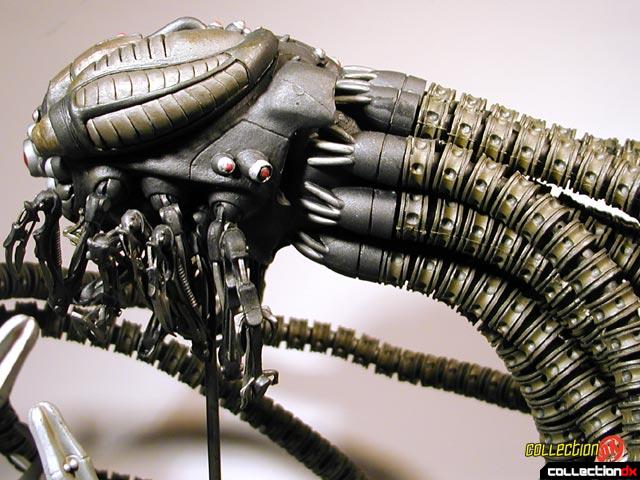 It sounds cool, doesn't it? Well, it looks cool, but once you handle it the problems begin to show. First of all, the claws at the end of the tentacles are very fragile. The articulated ones break at the joints very easily. The connectors are just not strong enough. Next, the claws under the body are not articulated - they are just solid pieces of plastic held in by a flimsy ball joint. They pop out when you try to move them. Finally, the base just sucks. There's no way it can hold the weight of the posed Sentinel.

Still, it looks cool, and is one of those toys that you non-collector friends will see and think is awesome. Consider it a prop as opposed to a toy, and you won't be disappointed. 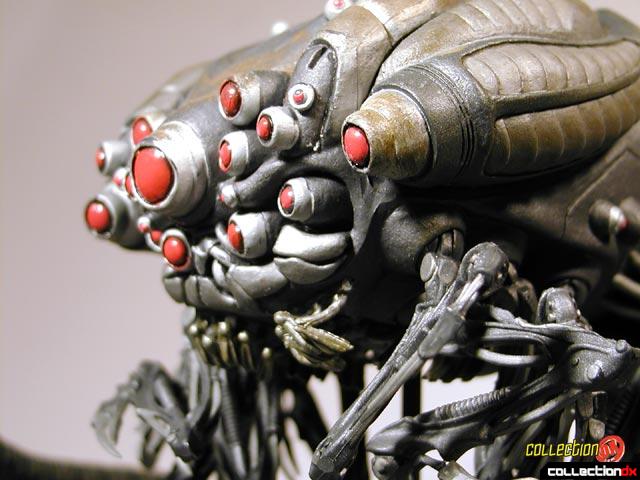