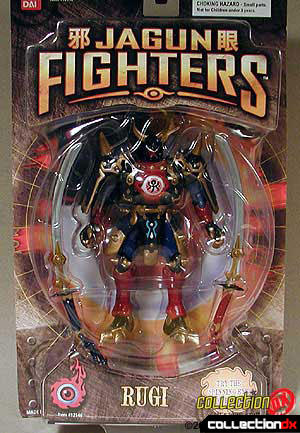 Rugi is a master swordsman whose skills are so great he can kill a dragon with a single blow. His father made the sword Rugi carries. Rugi has vowed to use it to destroy the man who killed his father. The Power Eye grants Rugi visions of the man he seeks, but the Power Eye never reveals his face. The crescent on Rugi's helmet represents his greatest influence-the moon. Rugi draws power from the moon; therefore he fights best at night. In the conflict between the continents, Rugi has refused to take sides. Although he will be involved in many battles, his true goal is to find the man who destroyed his childhood. 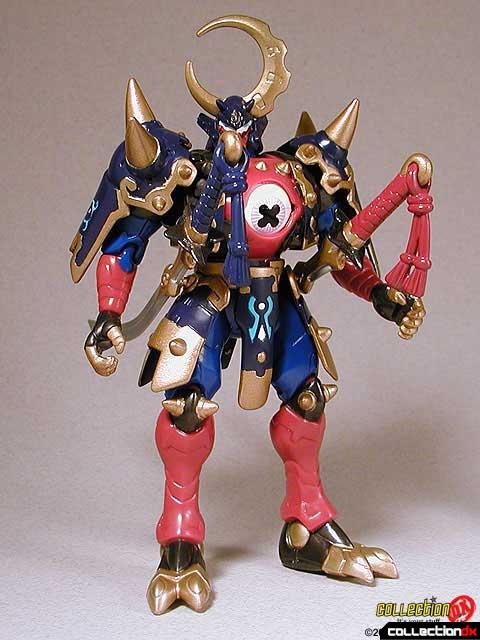 Rugi is articulated at the head, shoulders, elbows, hips and knees. Included are two swords that snap on to a belt on his waist, or can be held securely in his hands. Rugi's main gimmick is the spinning eye on his chest. Pull a lever on his back and the eye spins, deciding the outcome of the advanced gameplay. 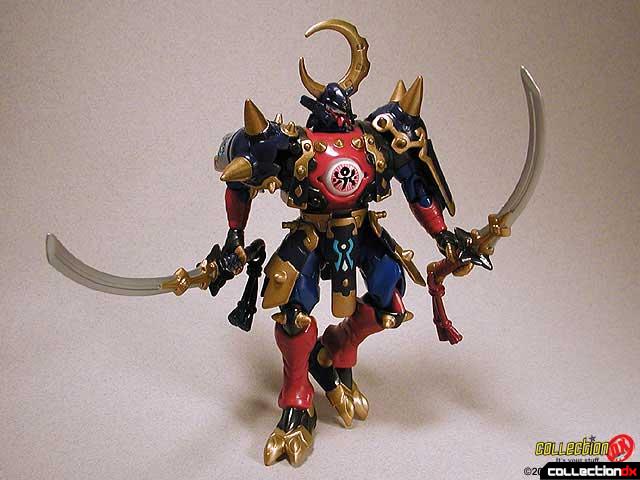 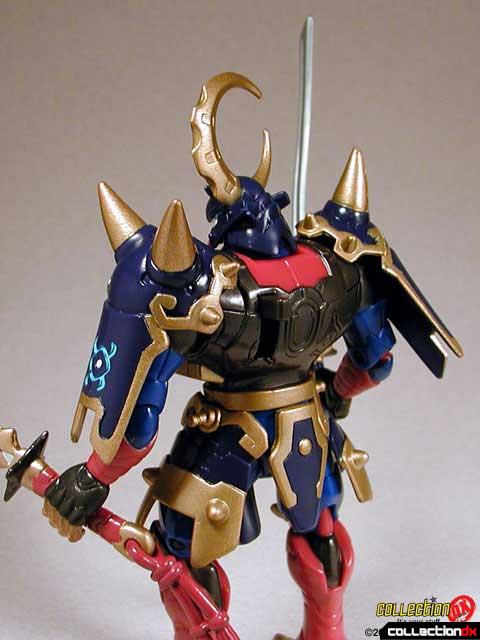 Even without the gameplay aspect, Rugi is a solid figure. What it lacks in poseability, it makes up for in design. I would have like to have seen a little more articulation, such as ball-jointed hips and shoulders, wrists and a waist joint. 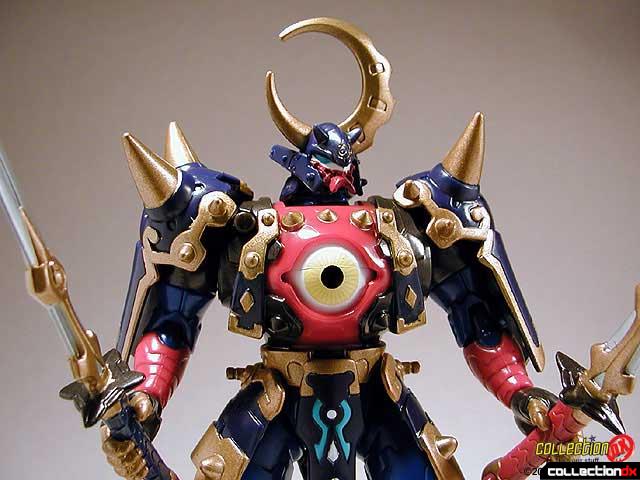