For those that do not know, I grew up in Hawaii between 1977 and 1986. 1977 was a good summer, I moved to Hawaii; saw Star Wars for the first time and I discovered Channel 13. Shortly after we arrived and got settled Dad and I where channel surfing and we landed on Channel 13. I believe it was a full blown action scene from GoRanger. I was floored; I had never seen anything quite like it. Soon I would become intimately familiar with Channel 13 and its roster of wild, vivid Japanese superheroes.

From Wikipedia:
“Not to be confused with the current KIKU, the market's original KIKU broadcast on channel 13. It started out as KTRG-TV in 1962. Its first broadcast aired on July 4, 1962. The TV station was sold in 1966, changing its call letters to KIKU.” 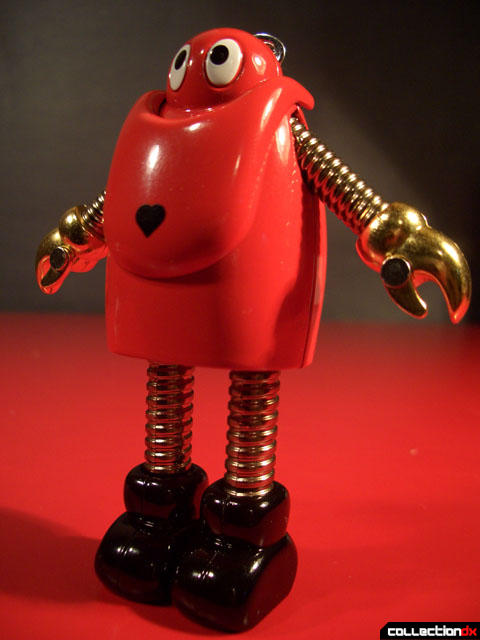 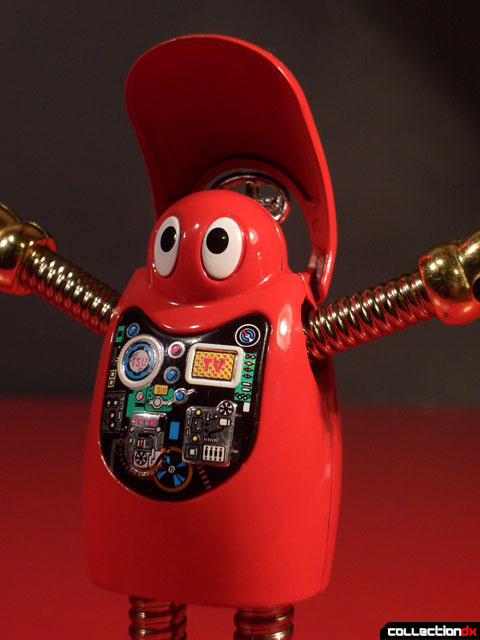 Robocon was the brainchild of Shôtarô Ishinomori who has been responsible for much of what is considered “classic” Tokusatsu. Shows like Kamen Rider, Robotto Keiji, Kikaida and Kikaida 01, Super Robot Mach Baron, Himitsu Sentai Gorenjâ, Akumaizer 3, J.A.K.Q. Dengeki Tai and of course the star of this review, Ganbare Robocon! Basically he was responsible for everything I thought was cool as a young kid with the exception of Star Wars. 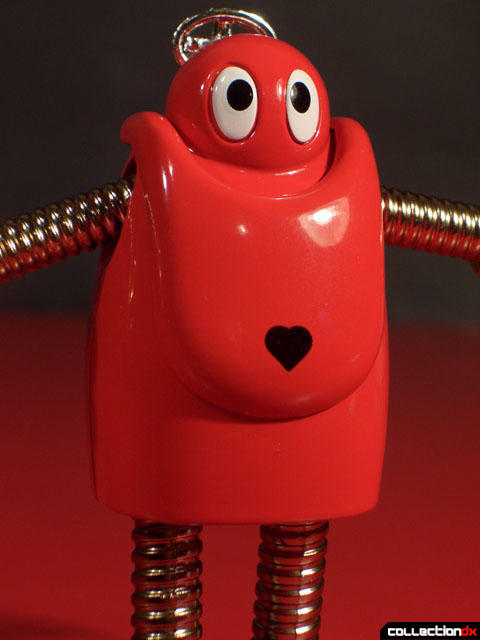 Robocon was a cute robot show aimed at younger kids in particular and families in general. In the show, the robots went to school to learn to do their prospective functions better and then hijinks would ensue. When you are 5 years old, you love hijinks. I did not see much of the show as it was at the end of its run by the time my father and I discovered it. What little I did, vividly ingrained the lead character Robocon into my subconscious and the toys of the character would litter the playgrounds of my childhood for years to come. 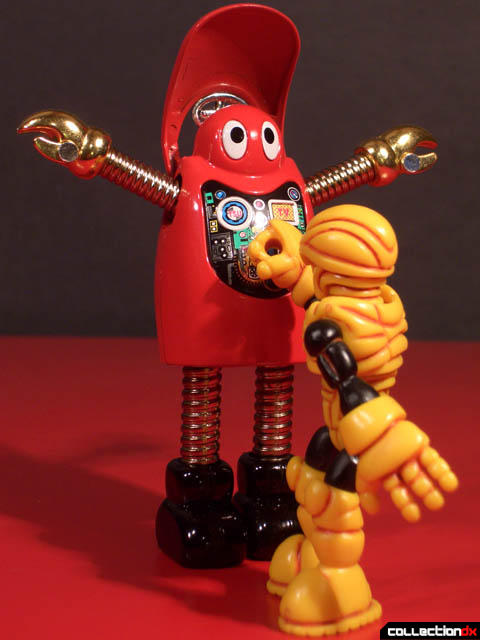 This particular Robocon is from the 2003 series by Bandai called THE Chogokin. Basically, it’s a line of re-issues of classic Popy chogokin in 3/4th the size and featuring all the same gimmicks and accessories of their 1970 counterparts. 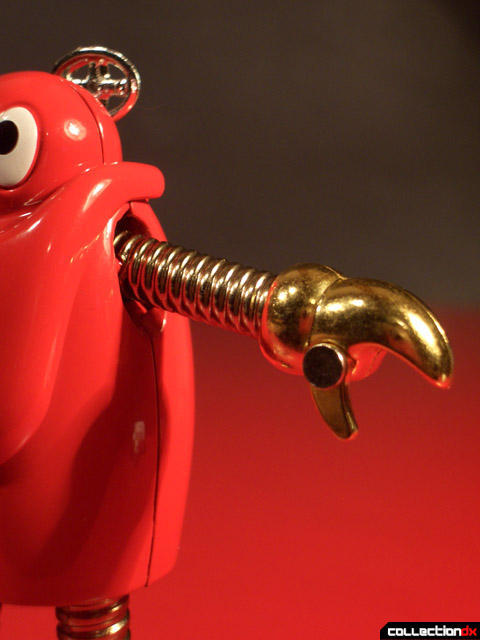 This is almost an exact copy of the original toy with two main differences. The original limbs are gold colored and this reissue is silver colored (which is more show accurate) and the eyes are in a slightly different pose than its original 1970 counterpart. 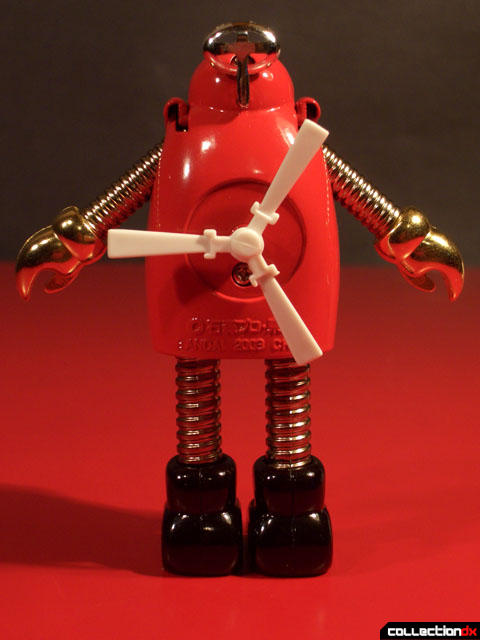 Robocon was a useful robot, much like R2-D2 he featured gimmicks and gadgets to be used in different circumstances. This toy has his helicopter blades that can be attached and spun, the legs can be swapped out to turn into his “car” mode and his chest opens to show his gears and wires as well as the ever useful TV. 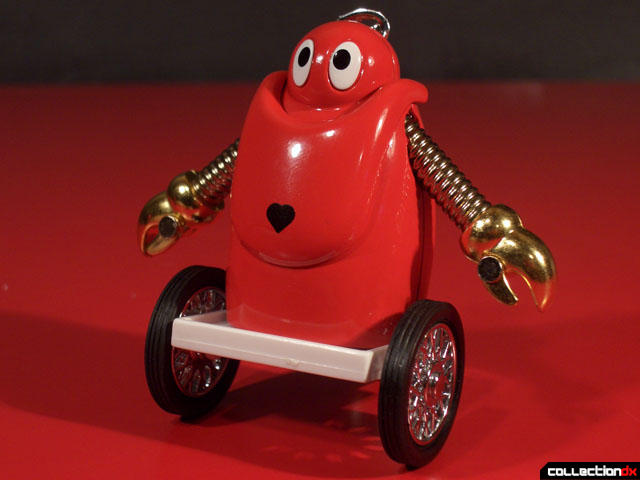 He doesn’t feature a lot of articulation but his legs do move forward and back and his feet do pivot forward and back as well. His arms go up and out from his sides and the hands do open at the thumbs but other than the chest opening, that’s it. 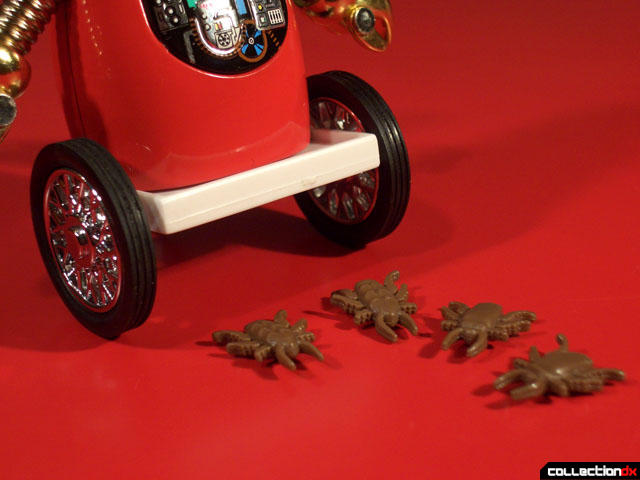 Also packed in the box are some rubber cockroaches. Robocon, if I remember correctly, was deathly afraid of them so now you too can reenact Robocon’s most terrifying scenes! 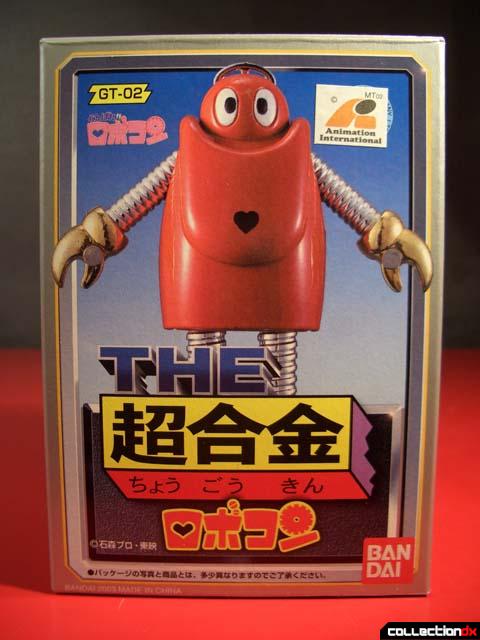 The toy and its parts are packed in a classic Styrofoam tray and cardboard box and I do believe the box is almost an exact copy of the original 1970’s Popy release. I, of course, have shot a quick video that includes the first un-boxing.

Either you know him and you love him or don’t and you should but I like this little re-release. It has a nice heavy weight to it even for its tiny size and is fun to play with and if you don’t own a Robocon you should.

I seriously encourage folks to track down episodes of this show--even if not subbed! So worth it! The show's absolutely histerical and if ya don't have any inclination to pick up this toy now, seeing the show will sure make you fall in love with the character!