As far as these Gashapon Machine Robo Rescue toys are concerned, it's safe to say that in terms of detail, MRR gashapon Hyper Police Robo is probably one of the best ones. It has other flaws, but it's deco is very ambitious when compared to the others In the wave.

Hyper Police Robo has lots of paint applied all over his body, from the wheels, exhaust, and windshields of his motorcycle limbs, to his very colorful silver, brown, blue, yellow and white thighs. His head is styled after a policeman's hat with a yellow badge on the front below a vibrant red visor. Even the back of the figure has some paint applied in his arms, with only an exhaust pipe and red dot missing from both. It feels nice to say that deco wise, this figure Is pretty much done perfectly, pushing the budget to its limits in some spots. 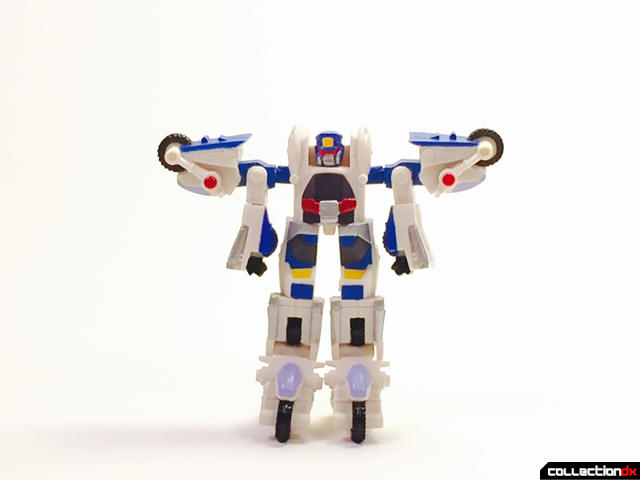 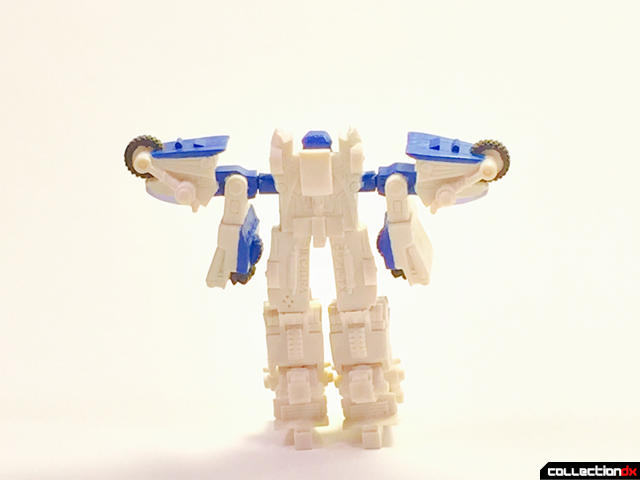 With his other MRR colleagues, he looks great in the group and is still around the same size of his peers. 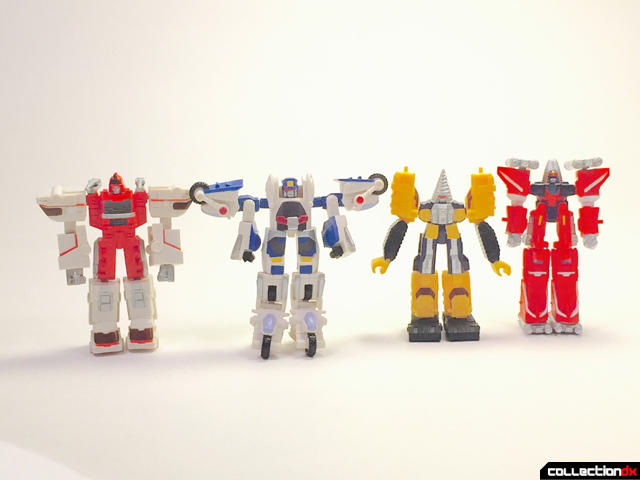 Articulation is fine with swiveling shins, shoulders, and upper arms, with a head that turns side to side. Standing is a big issue though, as the PVC he's made of is prone to bending under a light resulting in this: 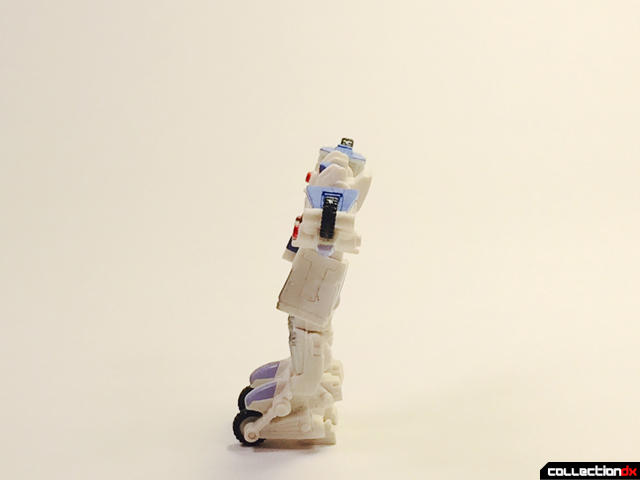 Overall, MRR gashapon Hyper Police Robo is pretty nice! Not perfect, but pretty good, in terms of deco and sculpt as all the main important details have been interpreted pretty well here. Perfect if you want a complete set, but fine on its own too. 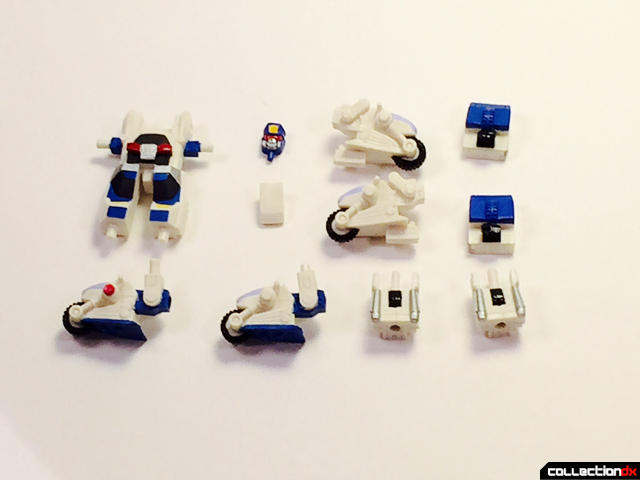