The second gashapon "Machine Robo Rescue" figure, Hyper Fire Robo is, admittedly not as good as the previous,Hyper Jet Robo but it has its own ups and downs that still make it good, just not as accurate.

After putting together His twelve pieces, Hyper Fire Robo is a well detailed, but small little figure. His legs are mainly ambulances with brown windshields and silver highlights that act as knees. The feet feature red trim that while, still on the front, they don't extend to the sides of the feet. The body resembles basic Fire Robo in body mode in the molding, but the paint is minimal, as it only covers the front and sides of the body a little bit, but there is actually no paint on the back of the figure at all. The head is well painted though, as it even has cleanly applied green eyes and a black forehead. The arms are also ambulances, with more red trim than the legs and silver fists. 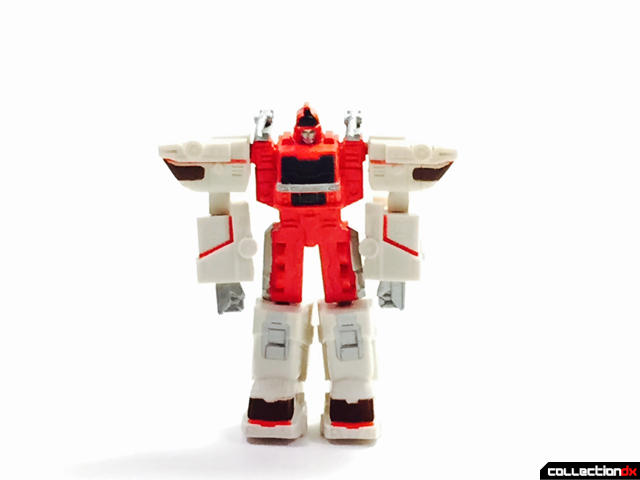 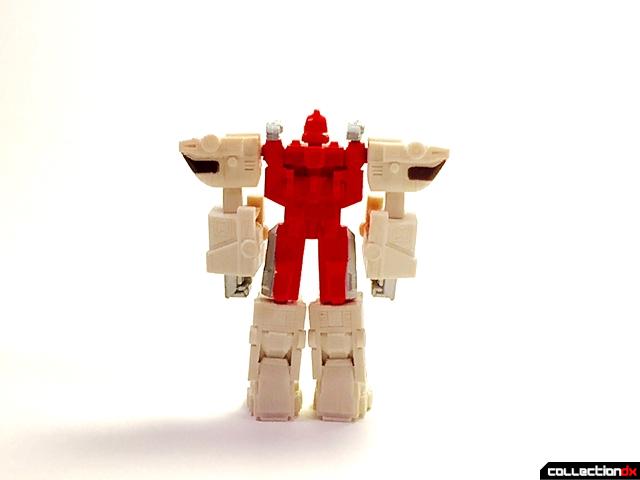 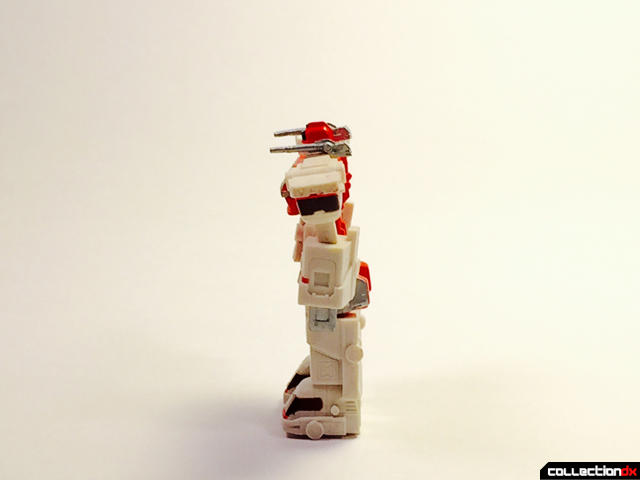 Articulation is limited to 11 points. The legs can swivel out a bit, the arms rotate all the way around, swivel above the elbow, and even have a 360 degree range of motion in each hand. The head also rotates and so do the water cannons on each side. One huge problem is that the arms although well articulated, are too heavy, resulting in problems standing.As this is a gashapon version, it retains none of the functionality of the original besides articulation. 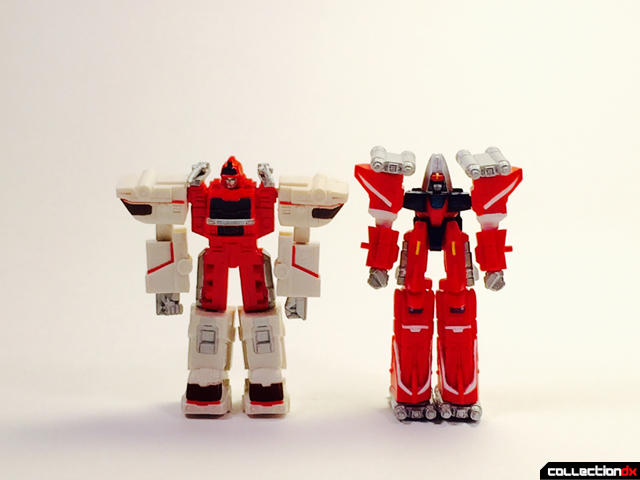 Overall, Hyper Fire Robo is pretty nice for a gashapon, but lacks the paint details that were so great on Jet Robo. I would only recommend this figure to those of you who want to complete the set as, you can take it or leave it. Definitely not bad, but just not up to the standards of the others in the line. 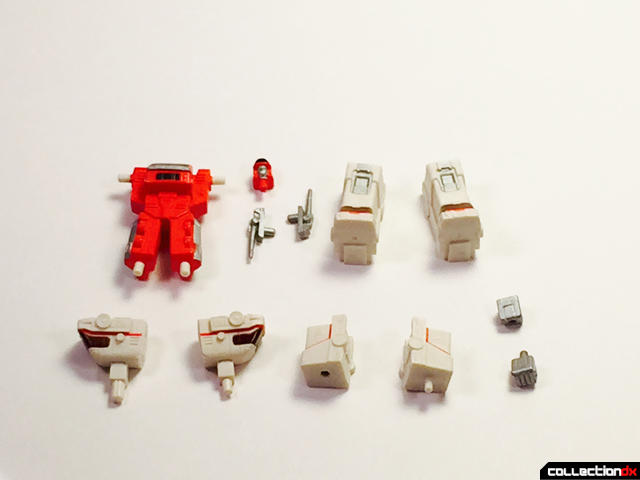