Haow Gundam is one of those toys that I probably wouldn't have bought, but I ended up with as a gift. It's actually pretty cool. 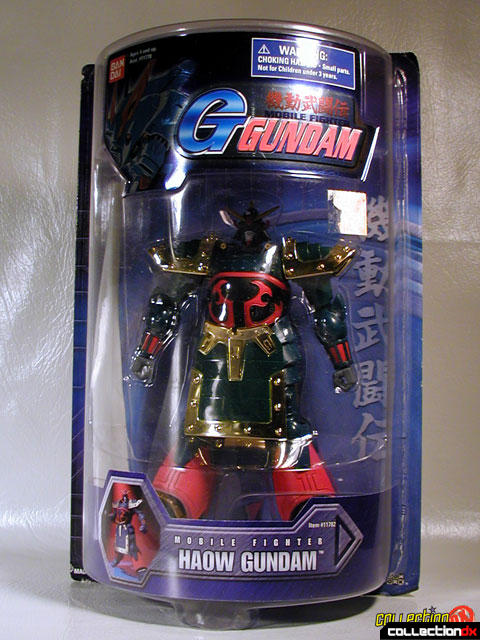 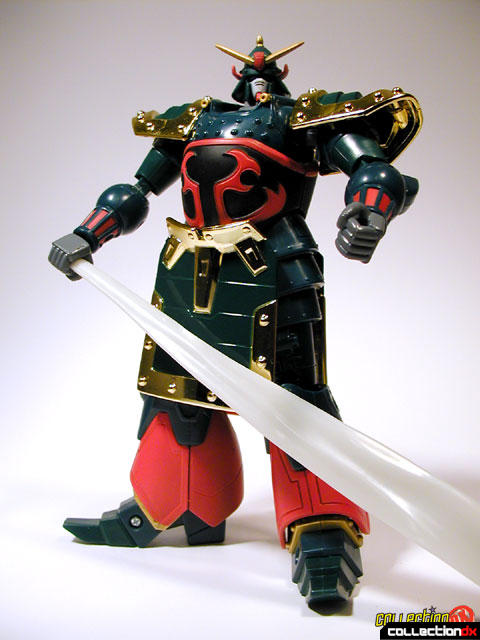 Each Christmas, my Wife asks my kids what they want to get me as a present. They always say robots, which is, of course, fine by me. Now, I don't collect Gundam, but to a 9-year-old girl, they all look the same. She saw the Haow, it looked cool, and that's all there is about that. As you can imagine, I get a lot of interesting toys that way. 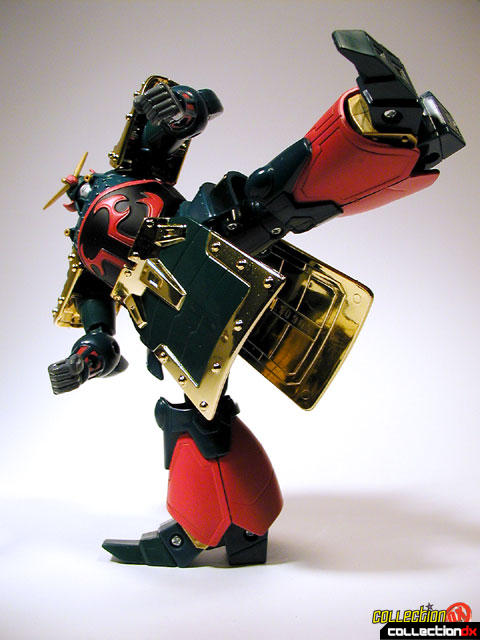 I lucked out on the Haow. The G Gundam designs have always appealed to me because they break out of the typical Gundam look. There are actually some pretty crazy and inventive designs in the line. I don't know the backstory of the Haow Gundam, but from looking up the character on the official Bandai site, he appears to be the main mech of a character called Master Asia, who can destroy Gundams with his bare hands. 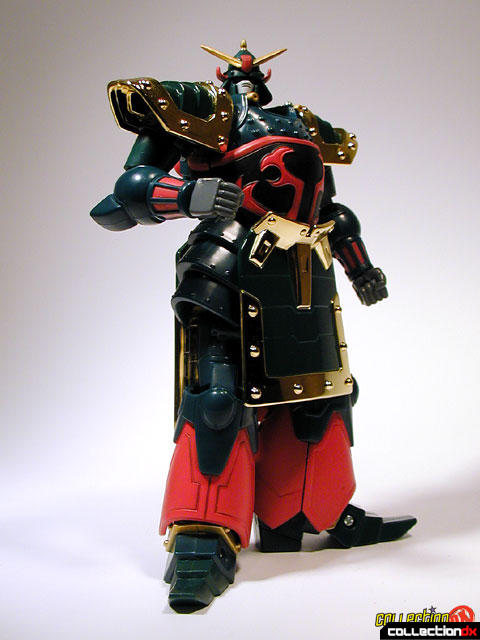 As for the toy itself, Haow is about 7.5 inches tall and is not as flexible as some others in the line due to the design of the character. Detail is nice, but most detail is molded into the color with paint applications being reserved for the armor. Haow comes with a small core booster which attaches to the back, and a large cloth like weapon. It may make sense in the show, but as part of the toy it's kind of lame. 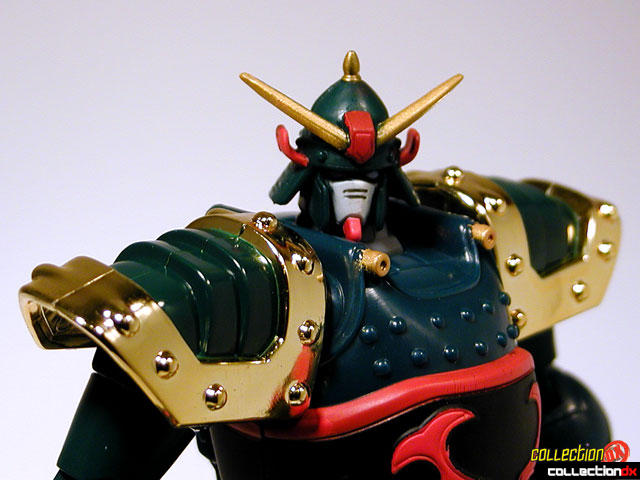 What's not lame is the action feature. Swing the right leg out and the left leg kicks out as well. It enables Haow Gundam to strike some pretty cool poses.

Right now, Haow Gundam, along with the rest of the 7.5" line, are being clearanced in stores in the USA. pick them up for some great deals on a great toy.

Article edited with the free HTML composer tool. Use this web content editor to make sure your markup is error-free.

1 comment posted
I love the story how you got

I love the story how you got it.

It's because of the kids. :D

Nice gundam you got there. It might be the first gundam used by Master Asia before he had the Master Gundam which was the an antagonist in the anime.