The Yujin Master Action Getter Robo 1 (Comic Version) (Final) (マスターアクション 原作版 ゲッター１ Ver.2（後期Ver.) came out in February of 2003. I have a stupid attachment to this toy, as I remember seeing it in every store during my first trip to Tokyo. 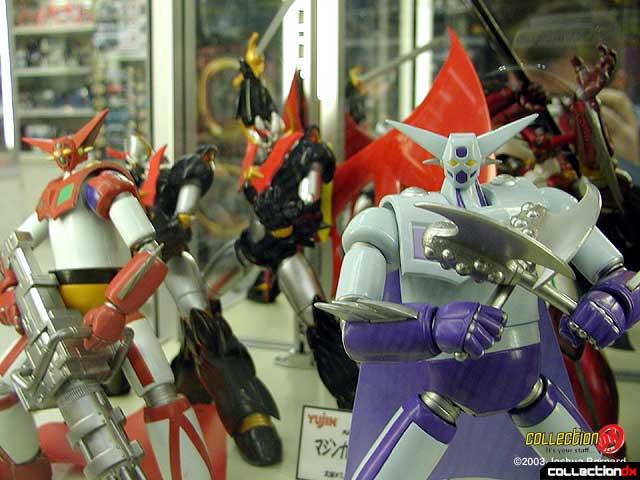 In theory, this looks like a great toy. Its 20 cm tall, includes an attachable Getter Wing, 2 Getter Tomahawks, Getter Missile Machine Gun and 5 extra hands. And just looking at it, it looks great, doesn’t it? 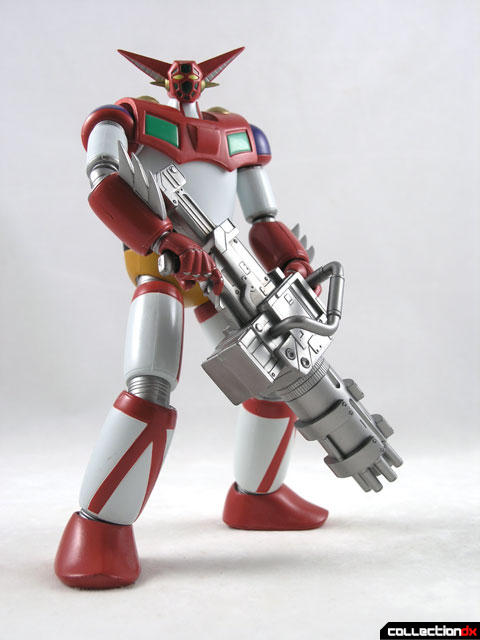 Unfortunately, all hope is lost when you start playing with it. The joints get loose easily and won’t stand up well at all. The cape is actually flimsy vinyl that looks like crap. And even worse, the cape attaches to two pegs on the back which only secure when the shoulder cowl is pressed down firmly. That cowl? It doesn’t stay on. 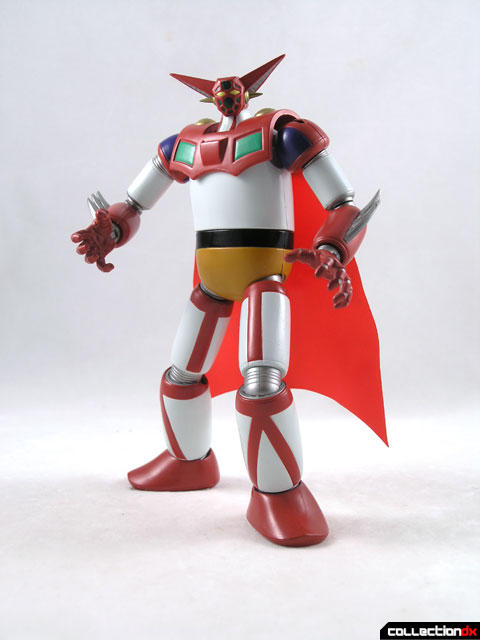 The hands don’t like to stay on, and getting it to hold the gun is such a pain in the ass. You actually have to remove the front handle from the gun and kind of thread the handle through one of the hands. 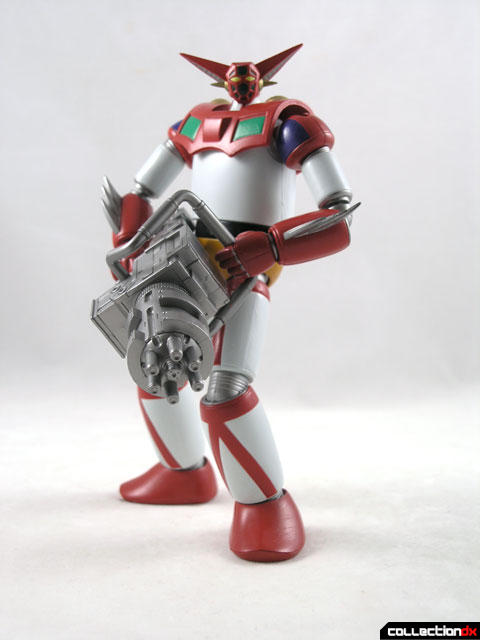 I’d stay away from this unless you are a getter nut and have to have each and every getter toy out there. There have been far better renditions of the character released, don’t bother with this one. It’s no surprise that Yujin canceled the line.

This is actually the second version of the toy, called the “Final Version”. The original version had different elbows and other subtle differences. Also issued was a Training color version Getter 1. 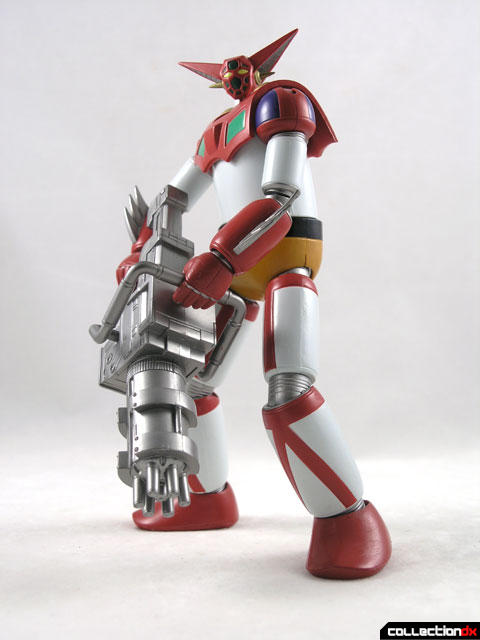 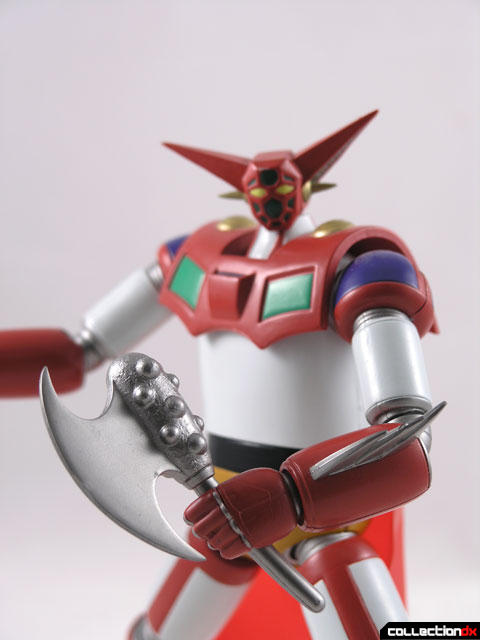 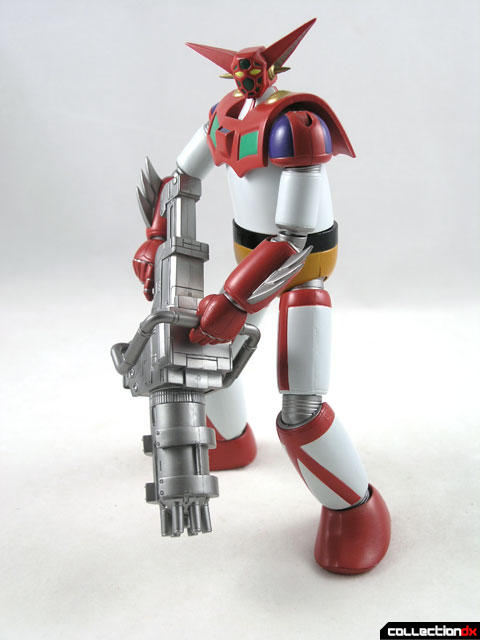 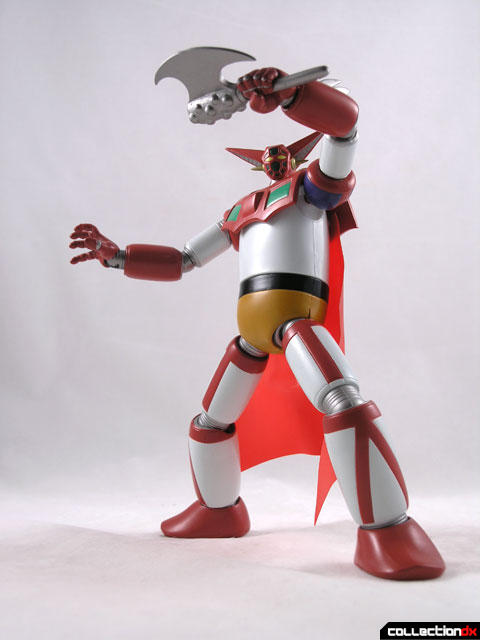 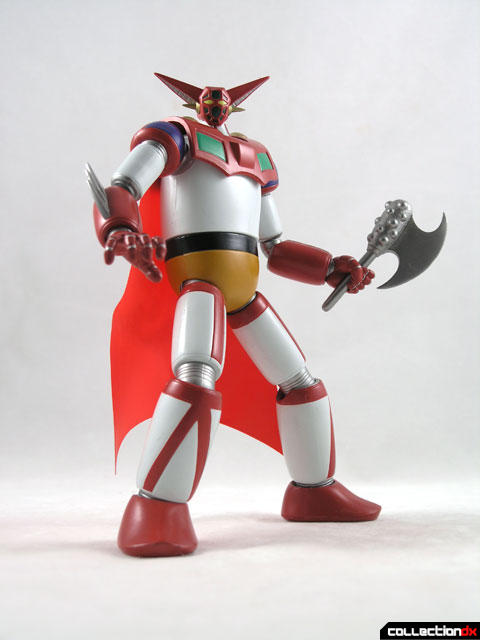 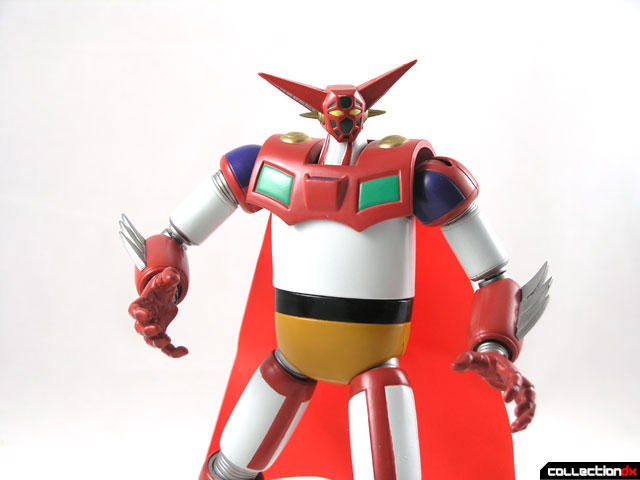 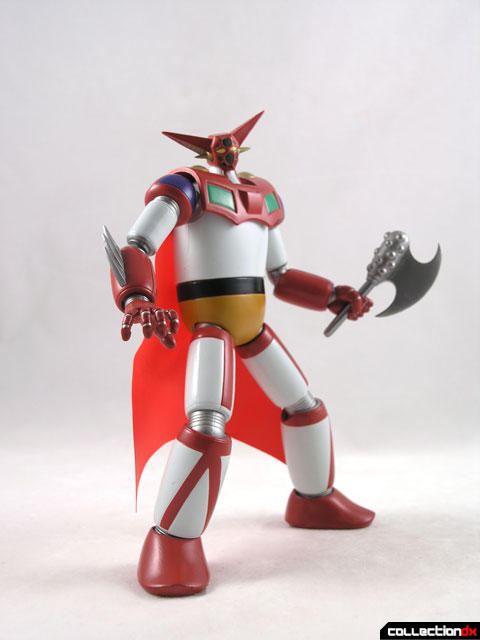 Now you see why this was in my box 'o' extra crap to sell at the summit this year... like you said it looks awesome but as soon as you try to make it do anything except fall down it fails...horribly so.

Speak for yourselves, gents! I happen to own three of each (Regular & Training versions) of this figure and have not had any of the problems you describe above. The only two things (I guess) my Getters have in common with "yours" is that it is somewhat hard to put the gun in their hands AND that the cape is pretty crappy indeed. Other than that, my Yujin Master Action Getters rule!

P.S. If you still have them, and don't really want them anymore, let me know...

I bought the proto version to kitbash into an ova black getter.
Mine could barely stand on his power and his arms fell off even if he wasnt holding anything. A little bit of epoxy and super glue fixed everything.
The black getter turned out pretty good however the second I finished him pictures of the chogokin and the revoltech came out.. go figure.
btw, that chain gun he has, was that from the shin vs neo ova? i dont really remember him having it in anything else.

First off, that Black Getter custom is great! Nice job!

But back to Yujin: I don't have any of these Getter 1 figs, but I picked up the early version of Mazinkaiser (no Scrander) in this "Master Action" series. Master Crap. Joints flopped all over the place making it nearly impossible to stand up (much like this toy). The Mazinger Z, maybe you got lucky (super-lucky) in that you got several perfect specimens...but it seems highly unlikely that the lemons that we all got were exceptions rather than the rule...

the gun was also used in the manga.(or maybe you already know that)