The BZ-102 Cannon Spider is an arachnid type Zoid, part of the Zoids Z-Builders line. It barely qualifies as a Z-Builders toy, having only 2 BLOX. 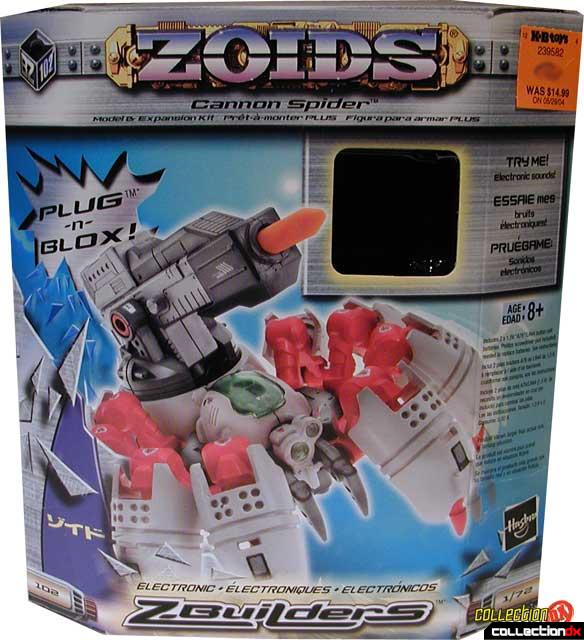 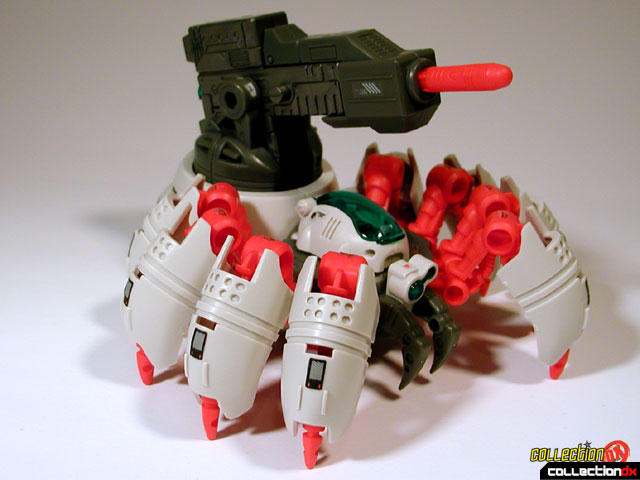 What grabbed me about this one was the design. You don't see too many spider Zoids, and the red and gray really appealed to me. A little research on the internet revealed that this Zoid was actually designed by Hasbro, without Tomy. The BZ-102 number was probably chosen to not interfere with the Japanese numbering scheme. Well, the boys at Hasbro did their homework, because I think it captures the Zoids design aesthetic perfectly. 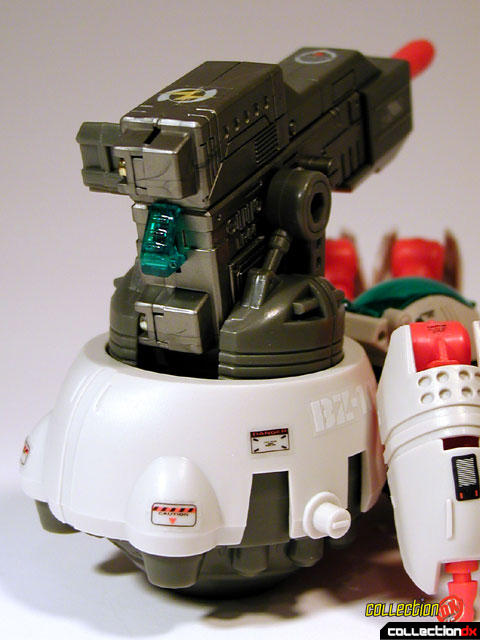 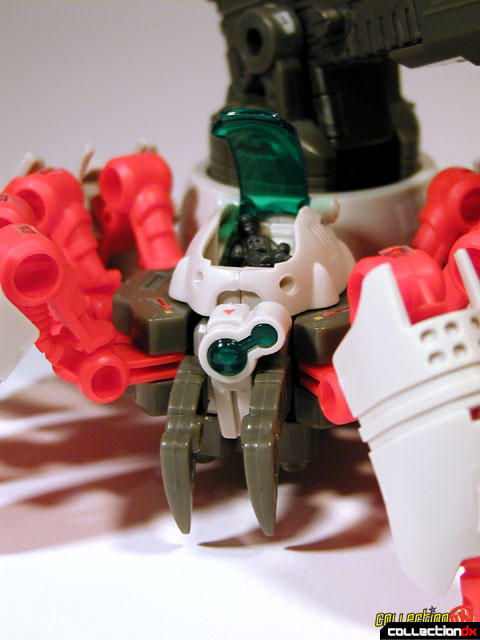 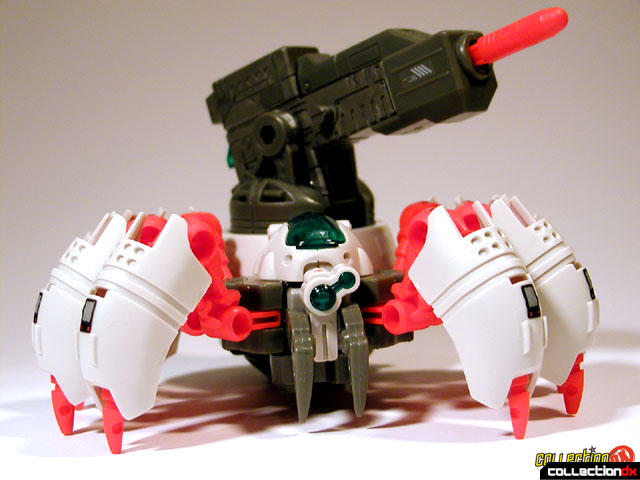 Cannon Spider features a firing cannon with an electronic sound effect. The cannon is actually taken from Missile Tortoise, another Hasbro-designed Zoid. the missile actually fires a good distance, and you get an extra in case you lose it. The pilot can be removed from the cockpit and placed on the gun, but like all Zoids, he just kind of lays there - there's no peg to secure him. 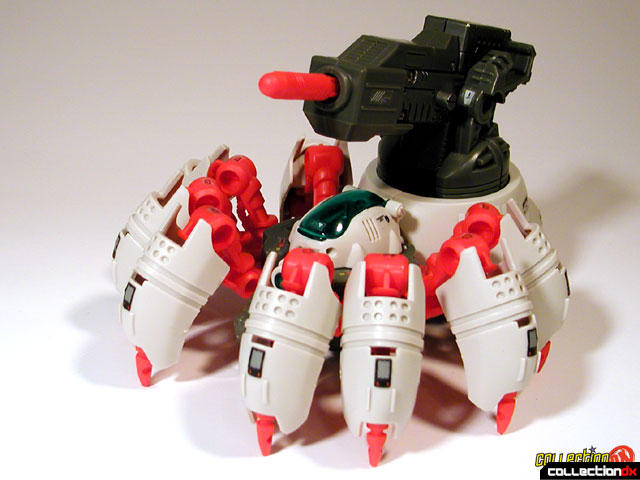 Build time was pretty quick, maybe 20 minutes. The Cannon Spider is a Z-Builders kit so you still have to cut the parts off the sprue, trim the edges and assemble it. It comes with a decal sheet, but as usual, no guide to where the stickers go.