This is another one of those toys that adorned my cubicle, the product of being bored at lunch and having a ToyWorks store nearby. 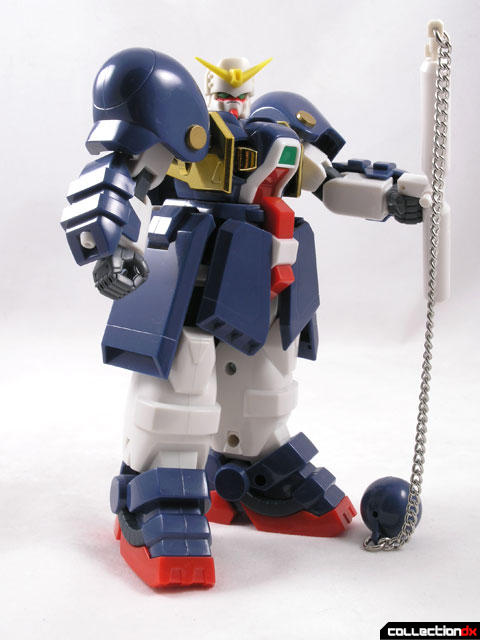 After the G Gundam line had faded, the larger size (not DX) figures showed up at KayBee and ToyWorks stores. These were really some of the better Gundam figures available to the American market. They had harder plastic, better construction, and sometimes superior detailing.

While I am pretty much out of my Gundam phase, one thing drew me to this figure – it has a metal chain weapon! 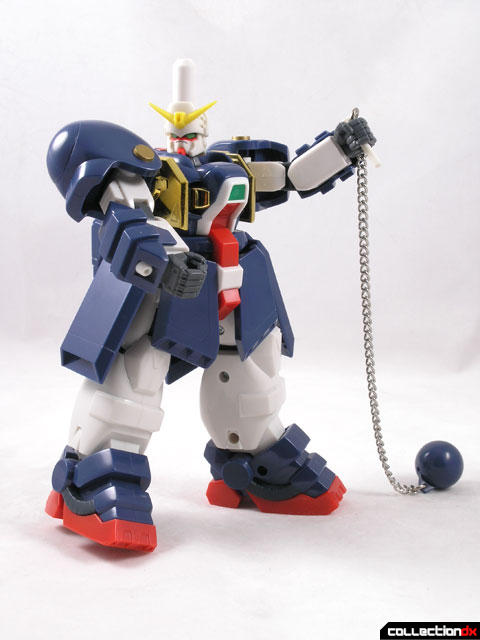 Bolt Gundam is a nice figure, with decent poseability, and some good features. One feature is the removable core fighter – a car-like vehicle that inserts into the figures’ back. Another is the white staff weapon, which can be held on its own, stored, or the chain can be attached to it. Attached to the other end of the chain is the Graviton Hammer, a massive ball that can be swung or attached to the shoulder of Bolt Gundam. 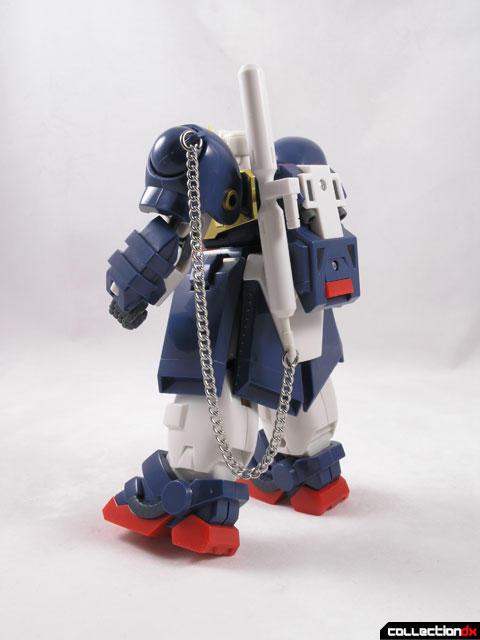 Not a bad figure at all… but not much else to say about it really. 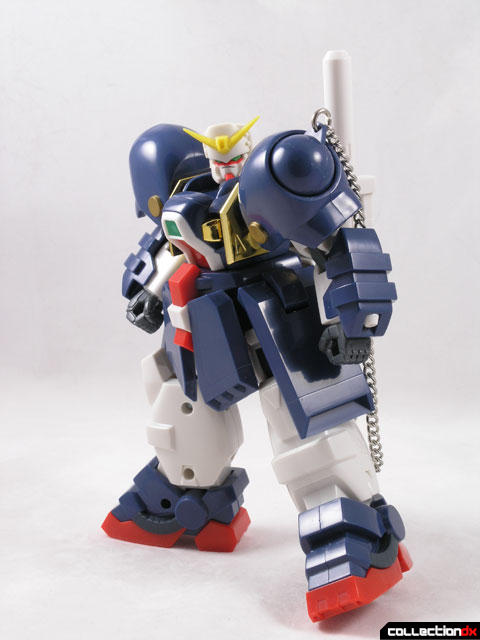 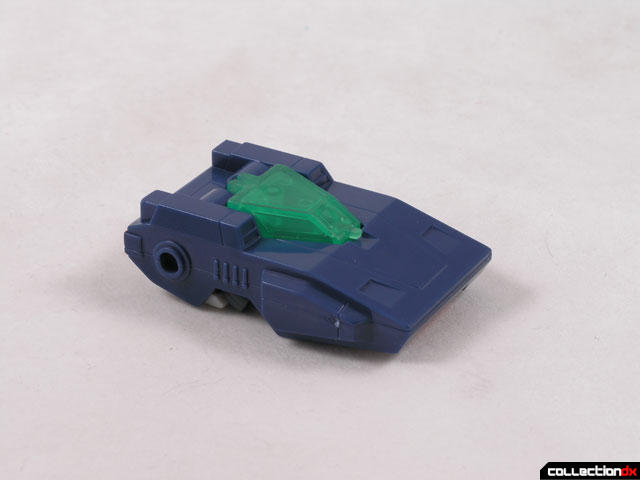 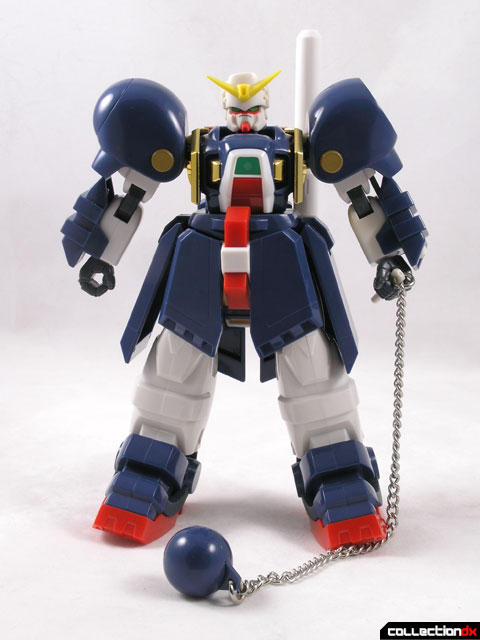 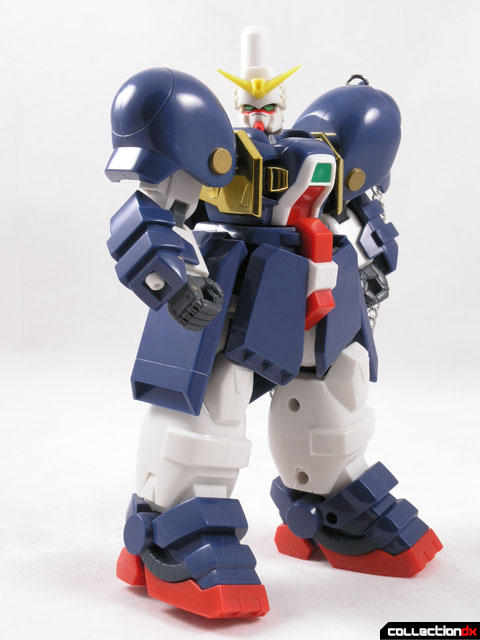 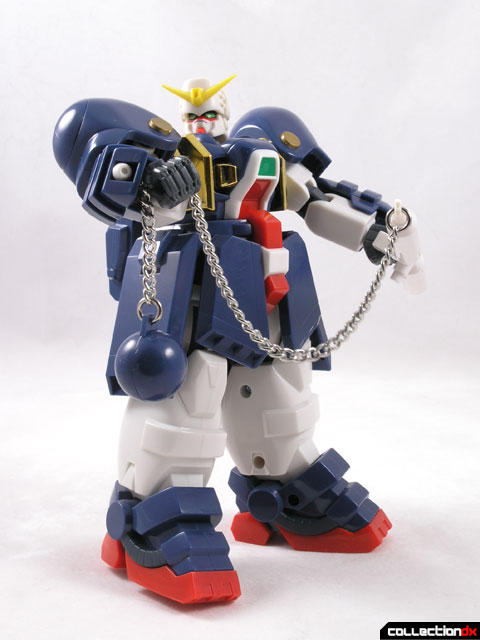